this is the first major UK exhibition for korean contemporary artist, gwon osang. deodorant type features 14 sculptures by the artist including a number of new works commissioned by manchester art gallery for the show. osang makes extraordinary life-size sculptures of people using hundreds of photographic images to build up the surface appearance of his models, including the face, their hair and their clothes. his skills as sculptor and photographer combine to make beautifully crafted figures with both photo-realist and surreal qualities. 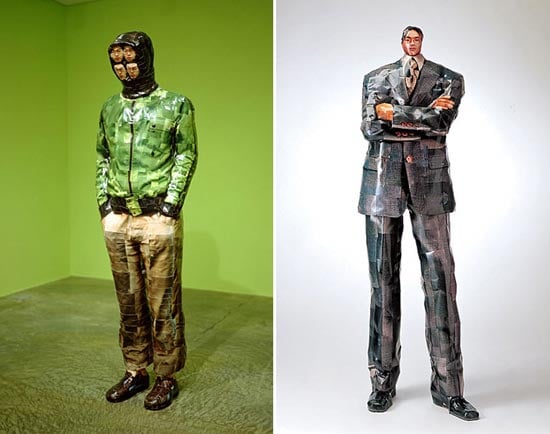 as a starting point for the exhibition, manchester art gallery invited gwon to the city for a month-long residency in 2007. he spent his time in manchester researching people and places that would act as inspiration for future works. 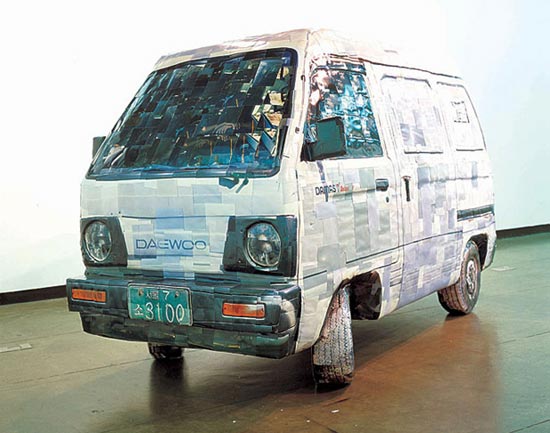 gwon’s first new work resulting from this residency is a sculpture of the musician graham massey  – best known as a member of manchester’s electronic pioneers 808 state. this work is being exhibited in the entrance hall of the gallery together with an exisiting work control. these works were commissioned for asia triennial manchester 08 and remain on display until 21 september.

a further five new works by gwon are being displayed in this exhibition, including a life-size sculpture of a greater manchester mounted police officer complete with working horse measuring 17 hands. 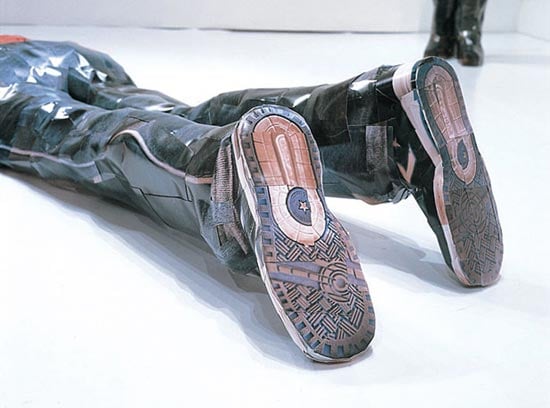 ‘during my stay in manchester, it was interesting to watch the mounted police officer on patrol every morning. I felt a sense of closeness because it was an animal, but also, its large figure made me feel somewhat intimidated. in many cases I am influenced by ancient arts, and I think this particular interest was partly due to my association with the horsemen of monumental sculptures. so I invited the mounted police officer to be a model for my solo exhibition, and as I expected, he gladly agreed.‘  gwon osanggwon osang: http://osang.net manchester art gallery: http://www.manchestergalleries.org asia triennial manchester: http://www.asiatriennialmanchester.com

Jan 12, 2021
tomáš libertíny sculpts beeswax version of the nefertiti bust together with 60.000 honeybees
the honeybees were invited to build their beeswax honeycombs around a 3D model of the original portrait of nefertiti.
art
+24K shares
connections: +1230