following their monumental artwork on favela facades beginning in 2005, dutch artists haas&hahn (jeroen koolhaas and dre urhahn) of the favela painting project have now set up a kickstarter campaign in the hopes to raise funds for their largest urban painting project to date: to plaster and paint an entire hillside favela in one of rio de janeiro’s most notorious slums. their community-driven art interventions throughout brazil not only aim to rejuvenate deprived areas of the city, but also to encourage a dialogue between members of the community and their surroundings (see designboom’s coverage of their previous landscape artworks, here.) additionally, the hire and training of local inhabitants creates employment where work opportunities are scarce, and promotes pride and self esteem to neighborhoods facing social difficulties.

for their current campaign, the team behind the favela painting project hope to canvas the exterior of every building on a hillside in vila cruzeiro, brazil. visualizations of their artwork reveal vibrant chroma that radiates through the town, transforming worn apartment exteriors into lively urban spaces. the plan includes the plaster of each construction, which will help control moisture, acoustics, temperature, and build stability. aspiring to change perception and remove stigmas, the duo says, ‘our project aims to provide an opportunity for people to transform their own neighborhood from a place seen as negative into a place that is able to communicate its creativity, beauty and innovation to the outside world through art.’ 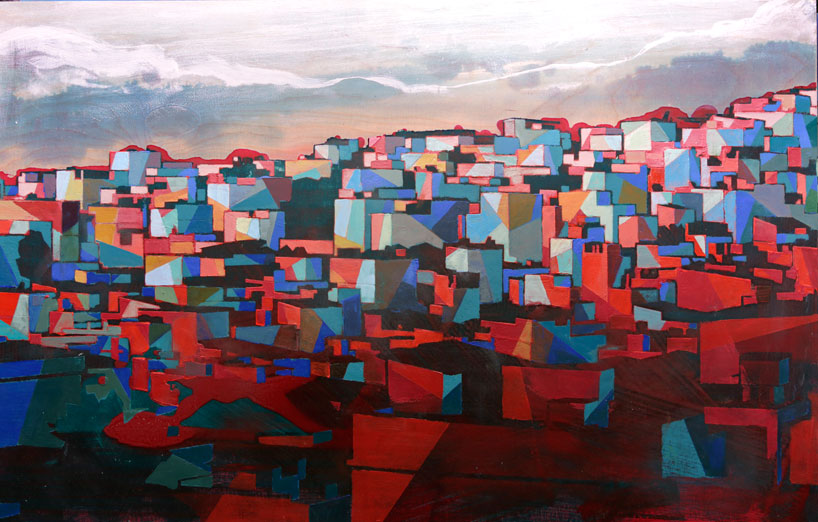 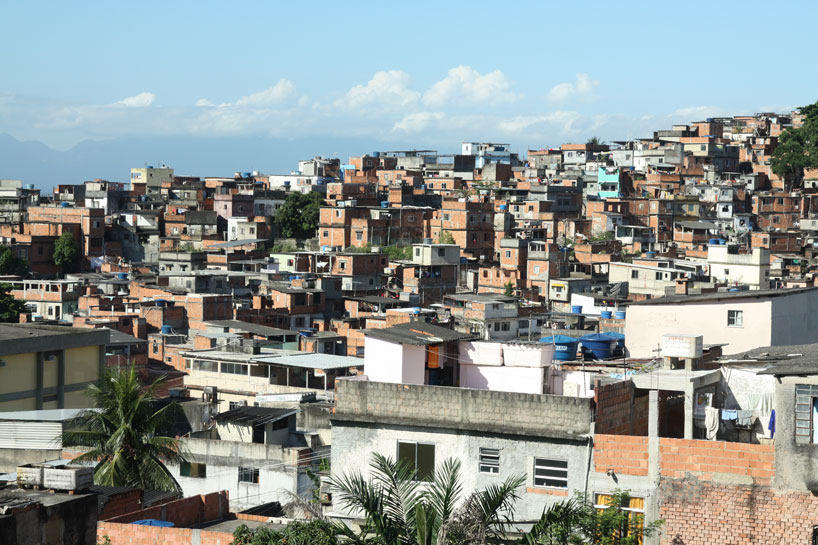