korean artist haegue yang will exhibit at the 53rd venice art biennale representing her home country korea. curated by eungie joo of the new museum, new york, ‘condensation’ will feature three newly commissioned works in sculpture, video, and installation that reflect the breadth of haegue yang’s work and her concern with the potential of marginalized spaces and the possibilities for alternate forms of public engagement. yang’s work will also be installed in the arsenale as part of daniel birnbaum’s main exhibition, ‘making worlds’.

in the exhibition, haegue yang explores hidden spaces that might be considered marginal, but to the artist constitute profound backdrops for understanding: vulnerable sites where informal development can occur. using condensation as a metaphor, yang seeks direct communication with unknown people through a seemingly intangible path of exchange—one that imparts nonfunctional yet ontologically significant information. 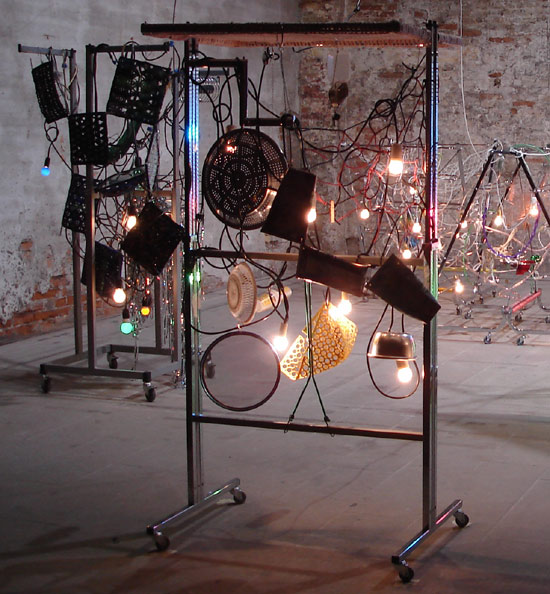 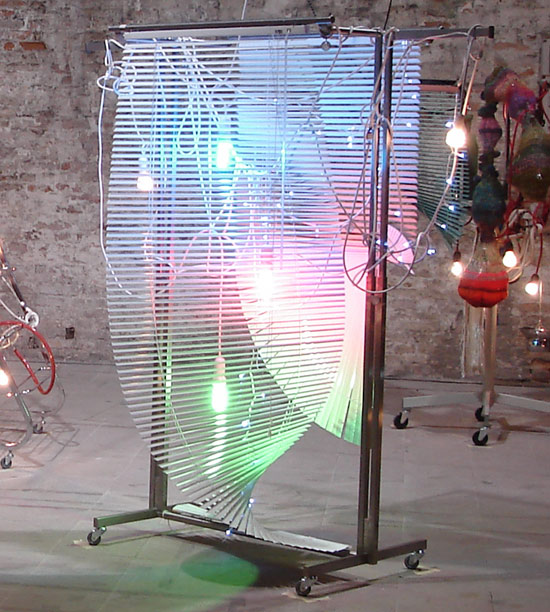 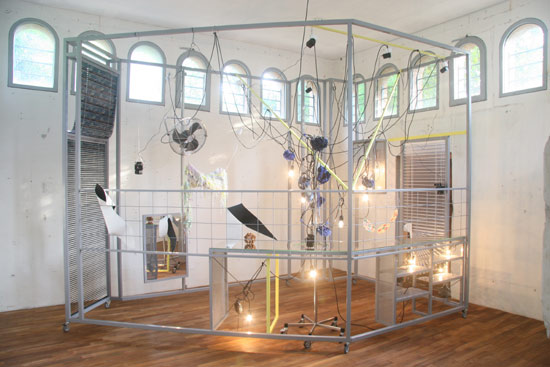 for her sculpture ‘sallim’ (2009), yang reproduces a full-scale model of her berlin kitchen. sallim (roughly translated from korean as ‘running a household’) considers the noncommercial space of the kitchen as a site of preparation for action and the organization of life. yang’s kitchen is, as she says, ‘free from many of the things that are attributes of the ordinary concept of work in terms of social effectiveness/productivity,’ thereby nurturing a different connection to the outside world, to others, and to her work. 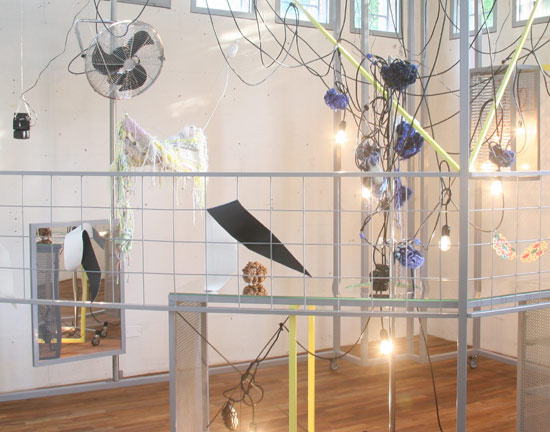 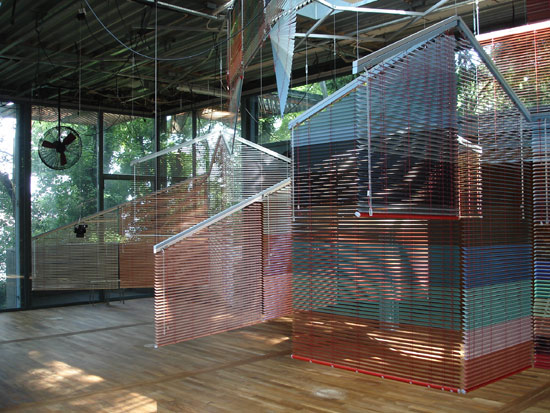 the main gallery, features the installation series of vulnerable arrangements—’voice and wind’ (2009), a labyrinthine system of stacked venetian blinds. six ventilators placed around the gallery generate wind at various intervals, altering both the stability of the blinds as suspended barriers and the movement of visitors. scent emitters infuse the installation with moments of sensory experience, calling upon the visitors’ subjectivity as a key element in the definition of the space. as in previous works and her new light sculptures in the ‘making worlds’ exhibition, in voice and wind, yang introduces electricity as an invisible connection between objects, people, and ideas. 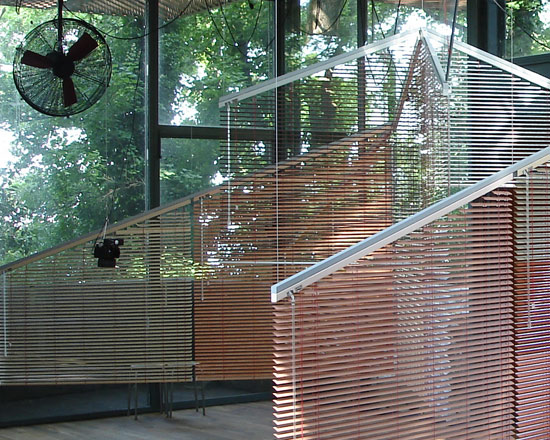 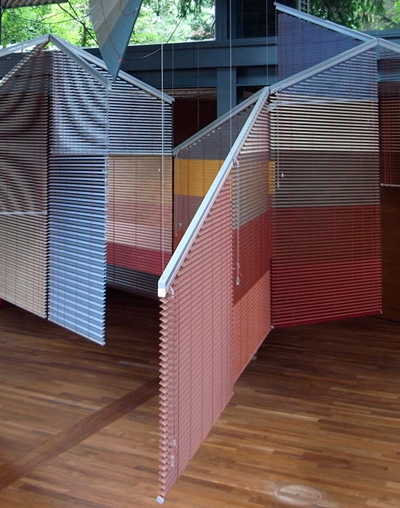