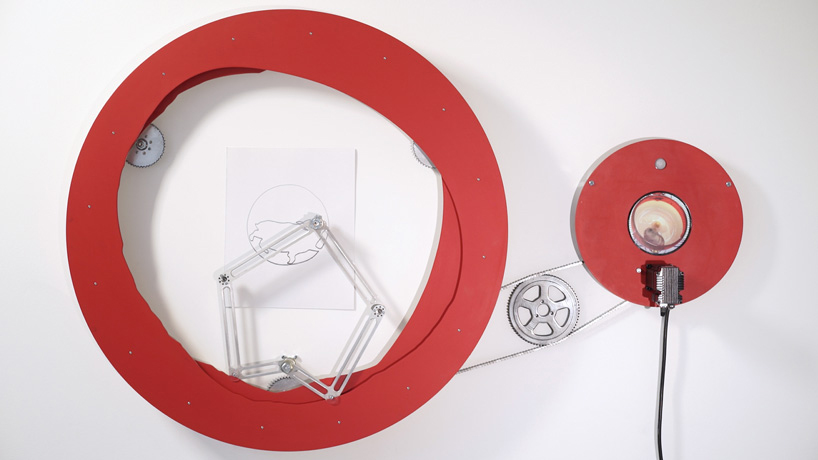 the ‘hamster-powered drawing machine’ is a personal project of multi-media artist neil mendoza. utilizing openframeworks and box2d, two cams were created, exported as vectors, and cut from plywood via CNC. the drawing — joji the hamster’s masterwork — is embedded directly into the inside rim of the cams. as joji’s little legs crank away, mechanical arms roll along plywood edges, directing the pencil attached. 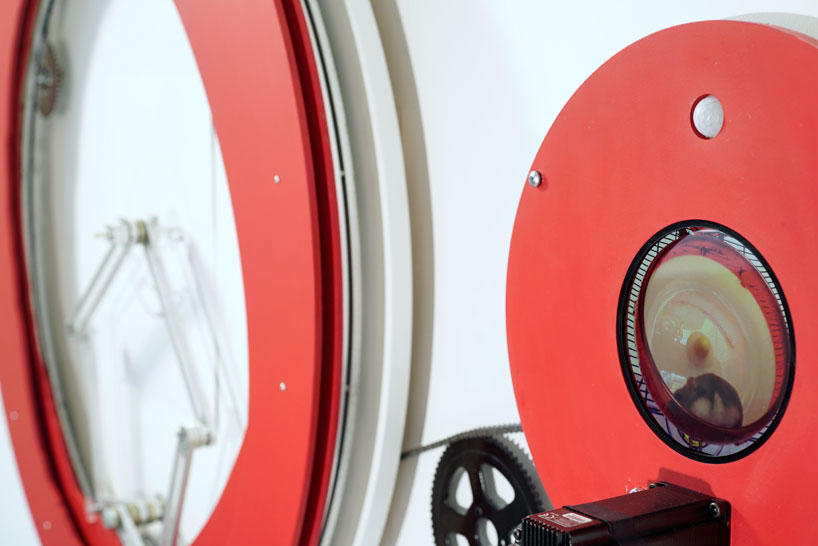 placed next to the larger cams, is a smaller circle that serves as the hamster’s domain. an LCD displays the artist and wheel — don’t worry he’s not trapped in there — with a small raspberry pi computer behind. joji runs, and the pi sends commands to a motor via ethernet, controlling the speed of the ‘drawing machine’. mendoza thanks jesse fleming for videography, inessa demidova for drawing, and philip rugo and kytten janae for enabling joji to pursue his artistic career. 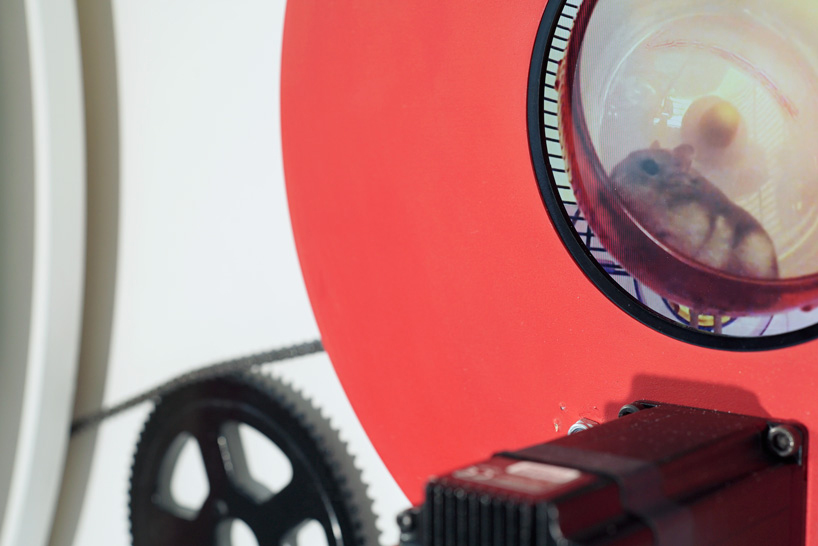 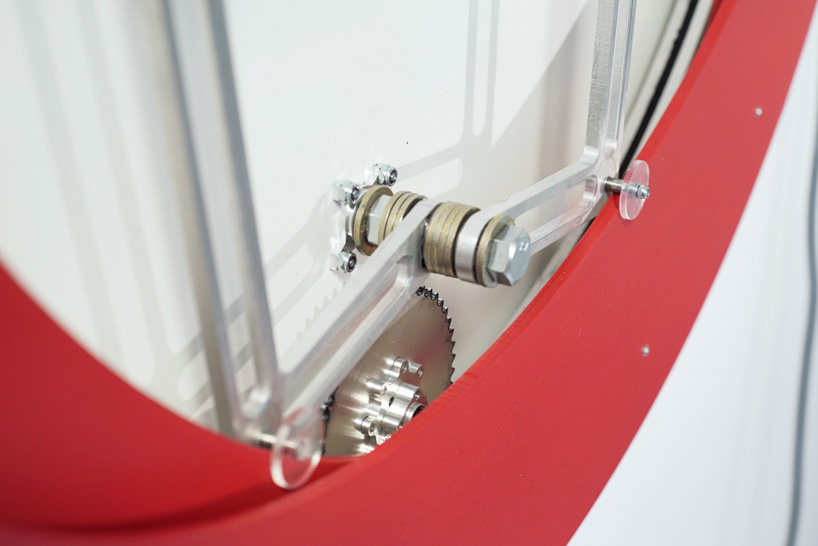 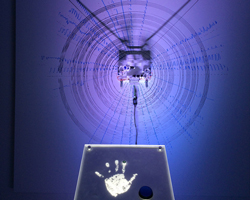