‘living together in paradise’, 2011 by nguyen manh hungimage © fee harding

presented as part of the 7th asia pacific triennial of contemporary art in queensland, australia until the 14th of april, 2013 is the ambitious sculpture by nguyen manh hung titled ‘living together in paradise’. the artist created the diorama to surround a meticulously hand-built, three meter tall model of a residential housing block in reference to his childhood home. hung creates art based on his experiences and observations of vietnamese life and culture, in ‘one planet, the barricade’ he also draws from the country’s architectural landscape, fabricating highly detailed models with basic materials to denote the cramped living conditions, lack of water, difficult economic hardship experienced by a large population of the vietnamese. in ‘one planet, go to market’ hung creates a hurtling jet plane playfully transporting groceries, speaking of not only the artist’s long-held fascination with militaristic images – his father was a fighter jet pilot – but also a symbol representing commercialism through humorously mixing two disparate elements of consumer culture.

the artist says of ‘living together in paradise’:

‘I was born and raised in an apartment block in the capital hanoi. with over 20 years experiences of living in it, I found it does not take much of urban life but rather is a complex area ‘village’ stacked on top of each other. it is self-improvement of living space, farming, growing vegetables and upgrade living conditions in the prevailing promiscuous. there are people sharing everything and not much privacy, confidentiality. I question myself: ‘do angels live together in a paradise?‘ 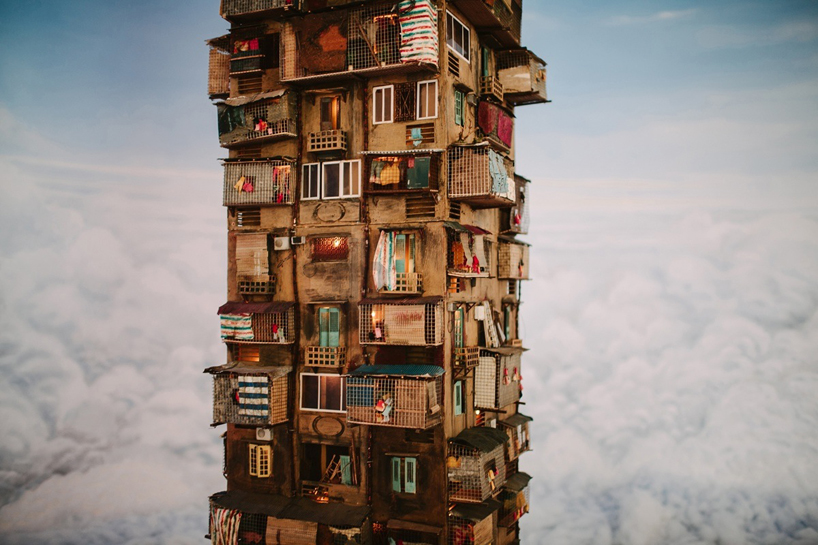 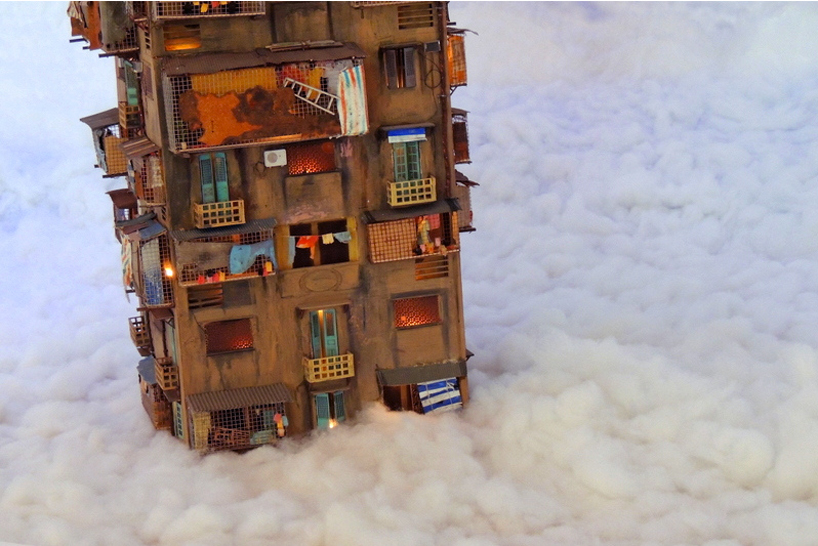 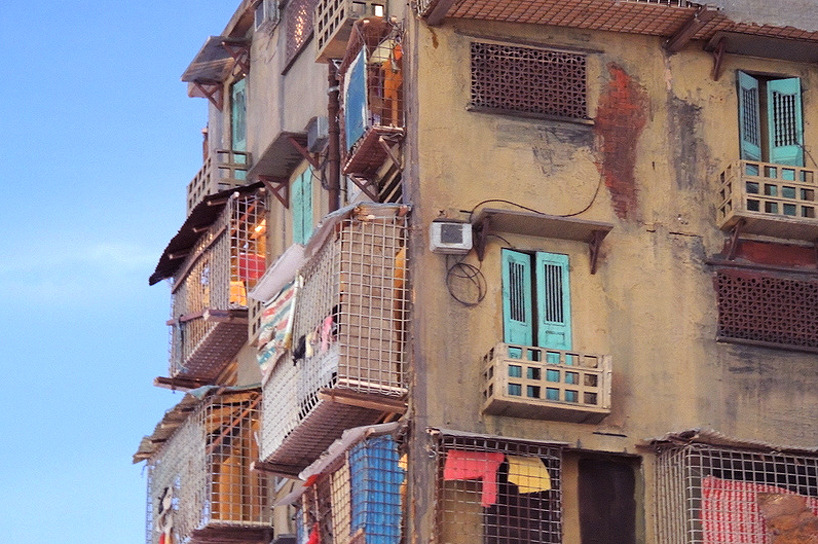 a video showing the panorama 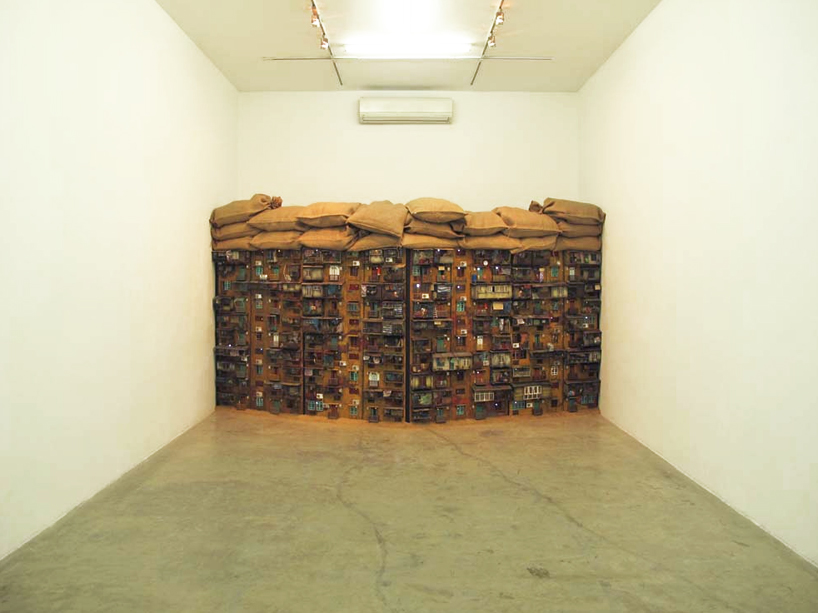 ‘one planet, the barricade’, 2013image courtesy the artist 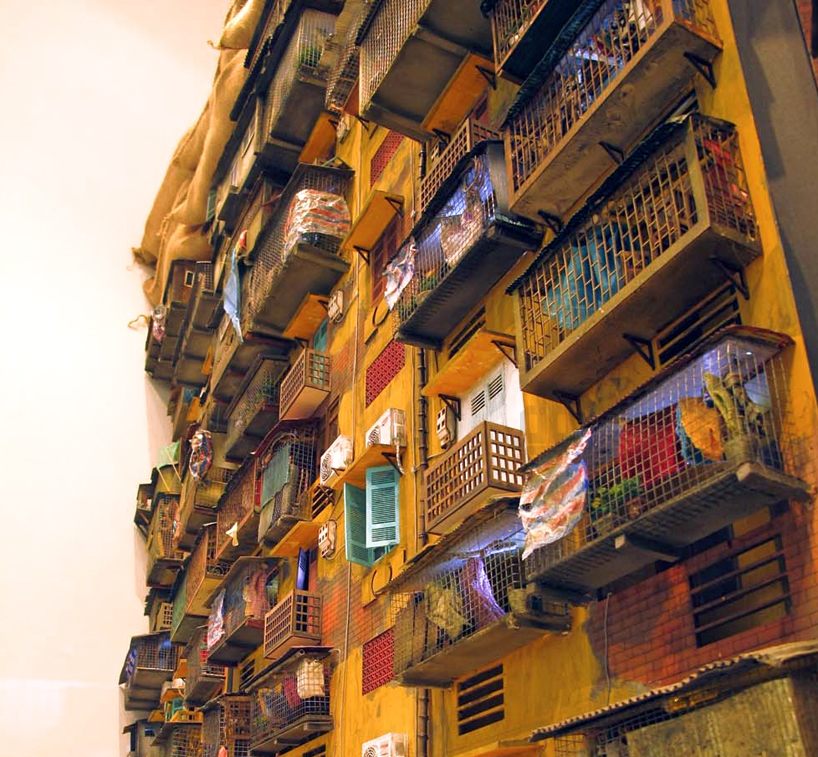 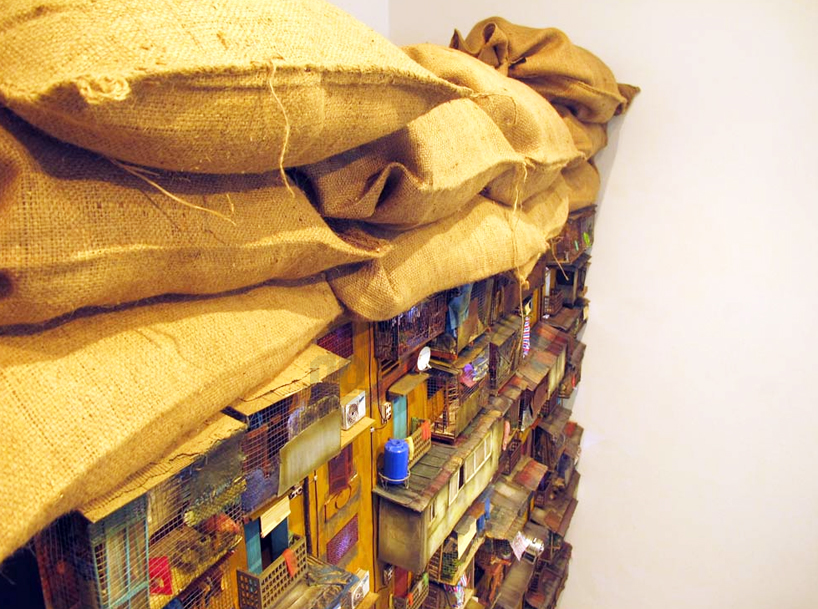 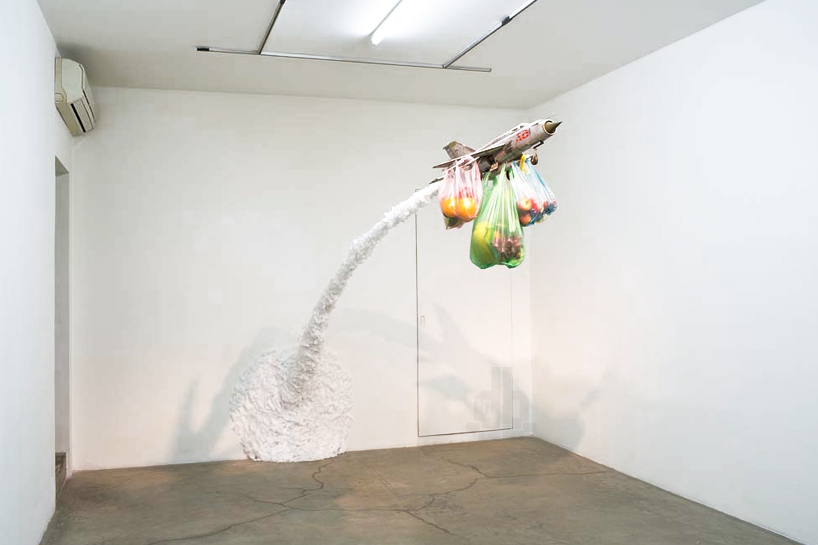 ‘one planet, go to market’ 2013image courtesy the artist