illustrator dain fagerholm, of seattle, USA, has developed a portfolio comprised of hand drawn three dimensional GIFs to which he has given the name ‘stereographic drawings’. stereographic images have existed for hundreds of years as a 3D illustrative technique. in this method, one tricks the eye with two parallel images captured with a minor difference in perspective to be shown at a close range in order to simulate a tactile quality. fagerholm’s approach is quite similar to this antiquated approach, but, in place of hyper-realistic drawings or photos of landscapes or people, the artist instead creates an illusion of depth for his hand drawn mystical creatures to appear lively. in order to create stereographic sketches, fagerholm first sketches the monster figures, gems and surreal landscape with colorful markers or pens. the artist then converts his illustrations into stereographic GIFs, enabling his two dimensional drawings to become three dimensional, moving images. 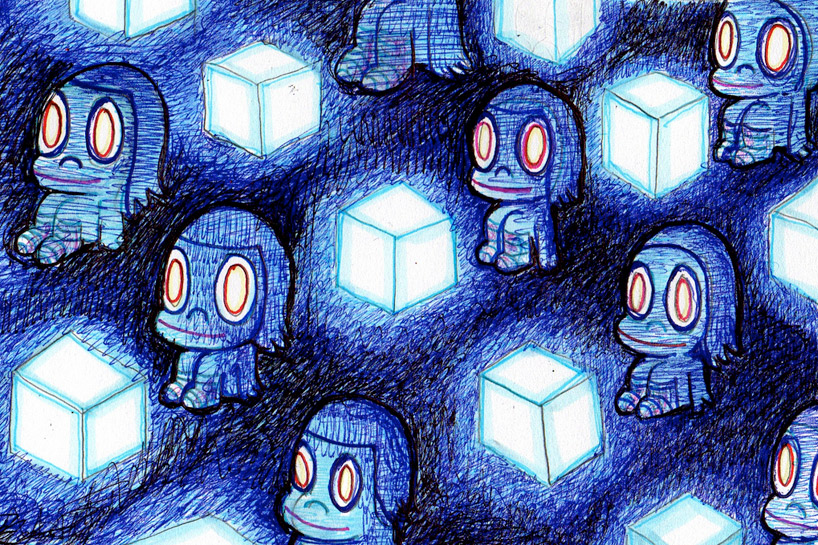 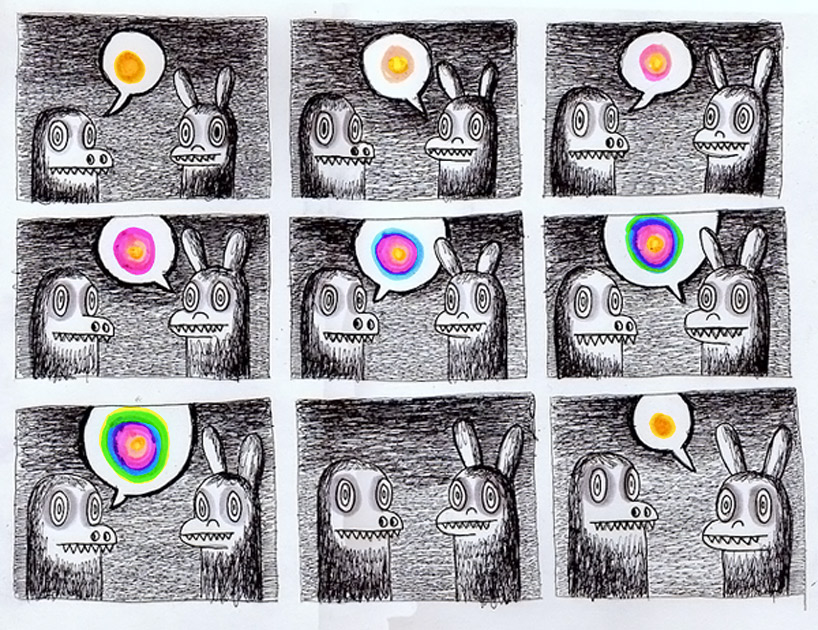 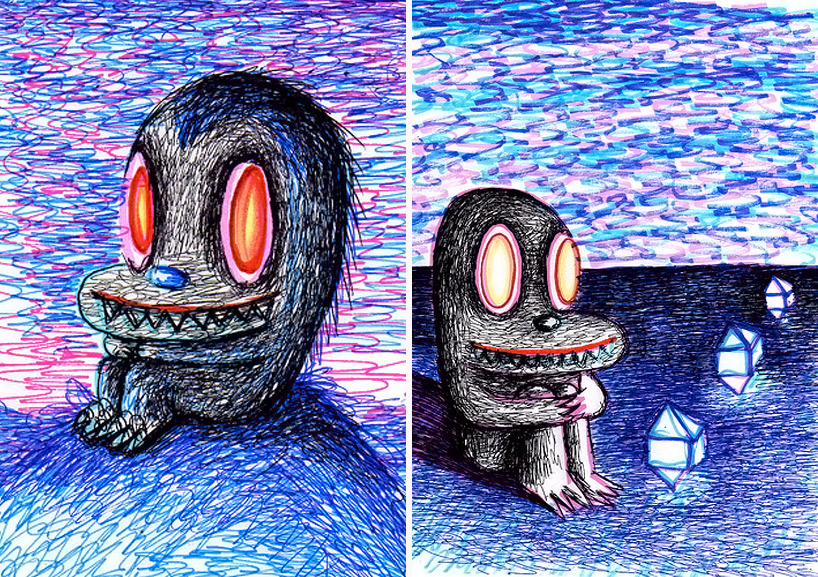