when swedish artist hanna liden arrived in new york in 1998, she had her first taste of a much beloved new york staple — a bagel.

from now until october 2015, liden rifts off the eating experience with ‘everything’, a two part art installation in hudson river park until october 20, 2015 and ruth wittenberg plaza until august 24, 2015. presented by art production fund and kiehl’s since 1851, the exhibition sets sculptural bagels in unexpected contexts around the city, giving new meaning to what liden refers to as ‘a great icon of urban living’. 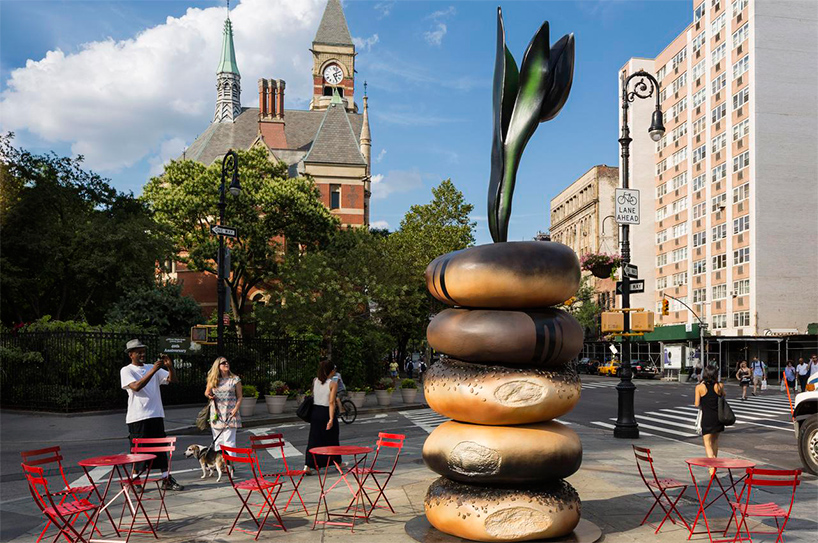 liden adopts a casting process to seamlessly replicate and modify these familiar objects in large-scale. carved versions of bagels — both individually placed and arranged in stacks as makeshift ‘vases’ — are placed within bustling public spaces, engaging the city’s workers, commuters, residents and visitors. a layer of goth blackness sprayed onto the bagels transforms the pure into the punk, alluding to the undeniable impurities that add to the character to the city.  ‘the bagel – a circle with no beginning and no end – is evocative of the eternal cycle of city life. the black spray paint is a romantic tribute to the darkness and grime, which are essential and beautiful characteristics of our city,’ liden continues. 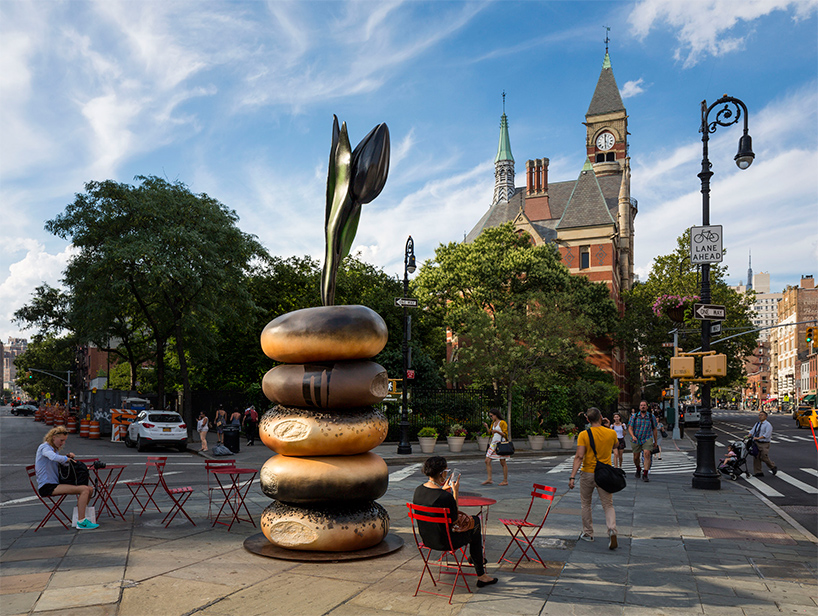 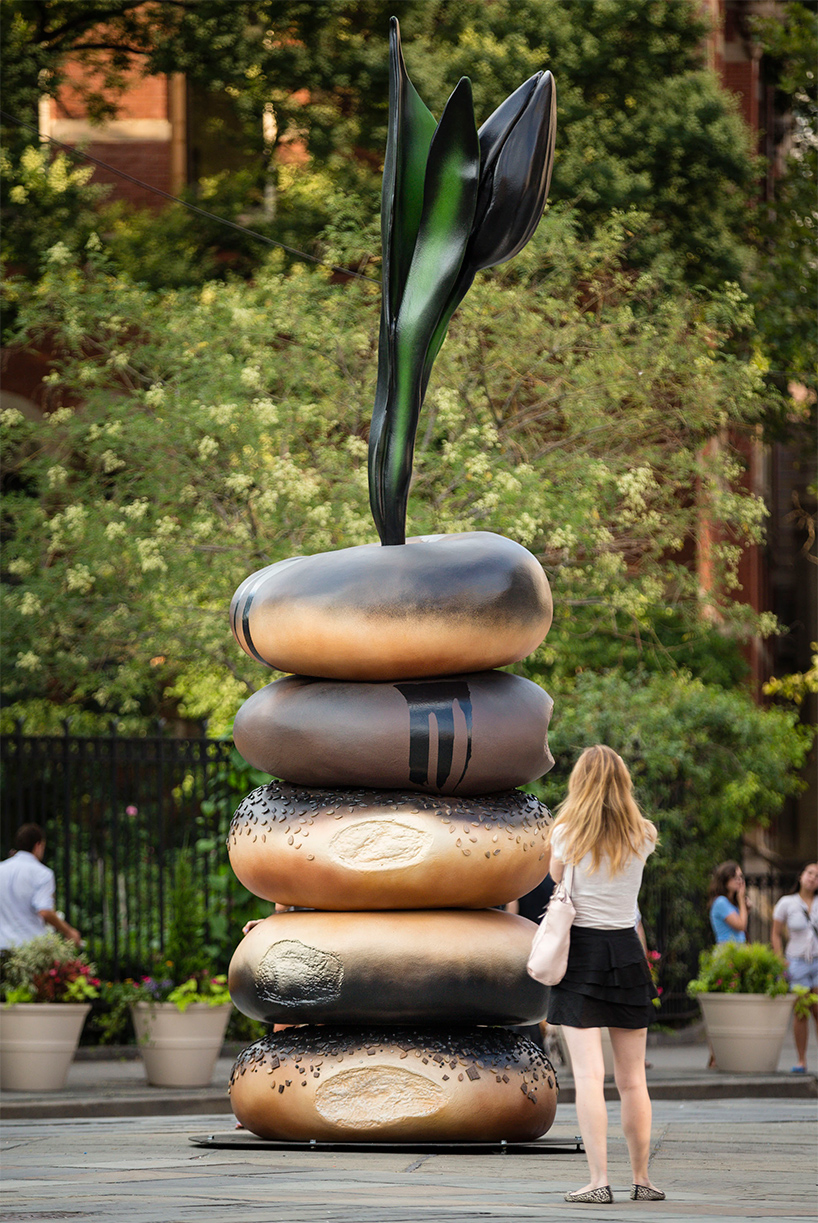 the sculptures are arranged in stacks, acting as makeshift ‘vases’ 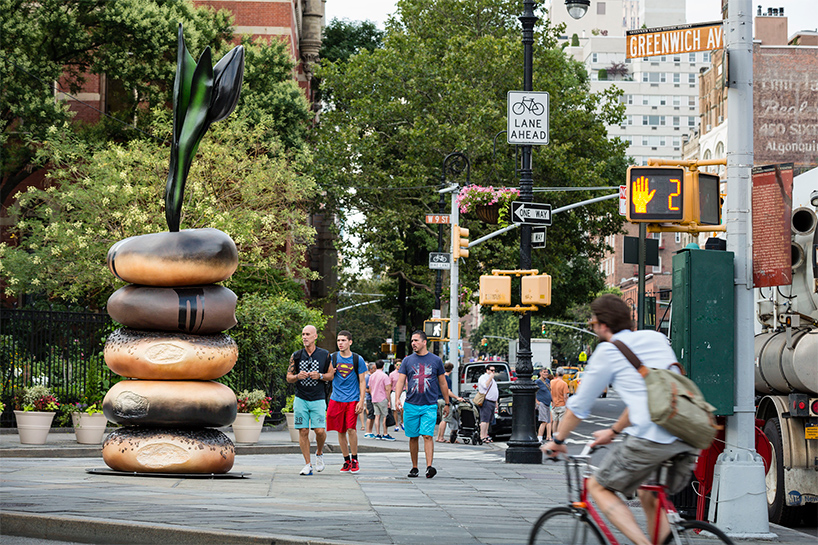 placed in public spaces, the works engage with the city’s workers, commuters, residents and visitors 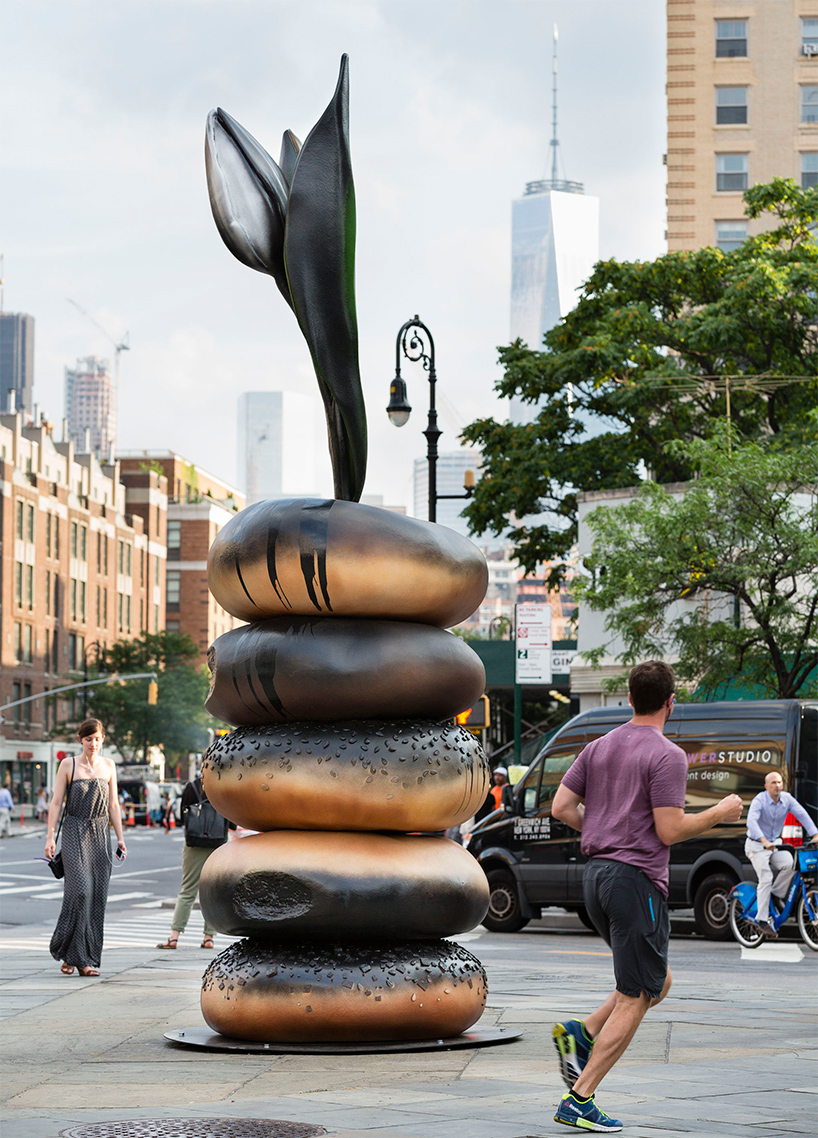 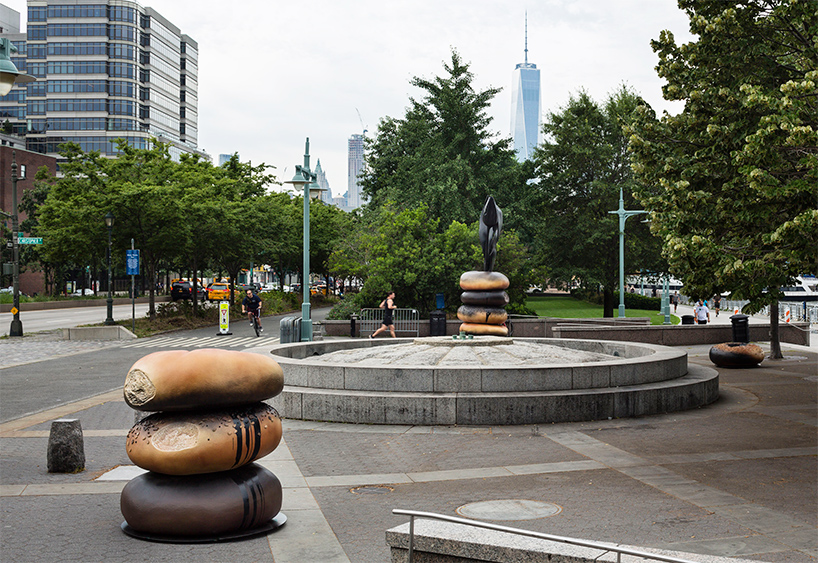 liden rifts off the eating experience with the exhibition ‘everything’