german artist hans kotter has presented a selection of new light sculptures with priveekollektie at designmiami/ basel 2012 in basel, switzerland. the show consisted of several of the artist’s optical-illusion artworks formed from LED lighting components and glowing film. through kotter’s use of  these particular bright materials, he is able to portray a physical weight to luminosity. the artist is known for his skill in recreating the glowing quality of cityscapes or lit forms within smaller surrealistic planes and in this instance, has displayed a series of luminescent artworks in which he continues his exploration of the light phenomena.

in the priveekollektie installation at art basel, the artist has shown his newest piece ‘interference’. the 2012 artwork has been formed as a fixture representative of both light’s potential for movement and the augmentation of reality necessary in creating seemingly infinite patterns comprised of strategically brightened planes. ‘interference’ is complemented by several of kotter’s ‘tunnel views’ pieces, which also embody the artist’s interest in developing seemingly limitless objects. 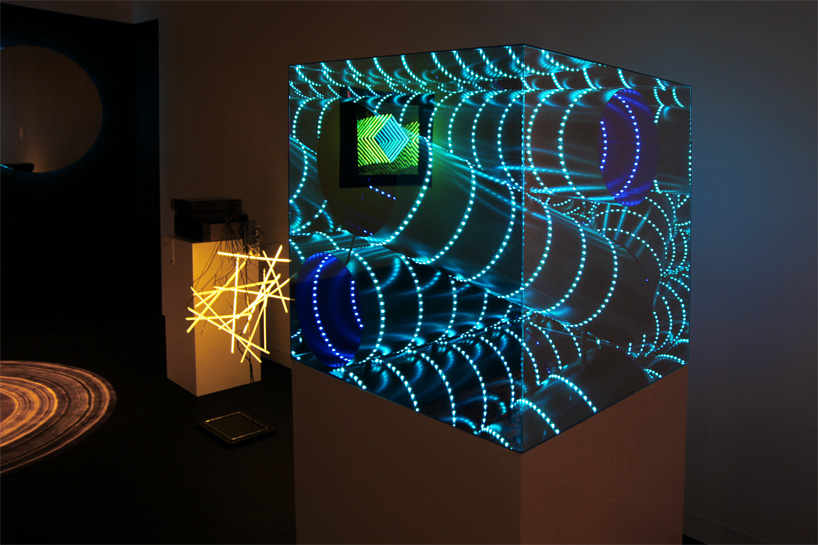 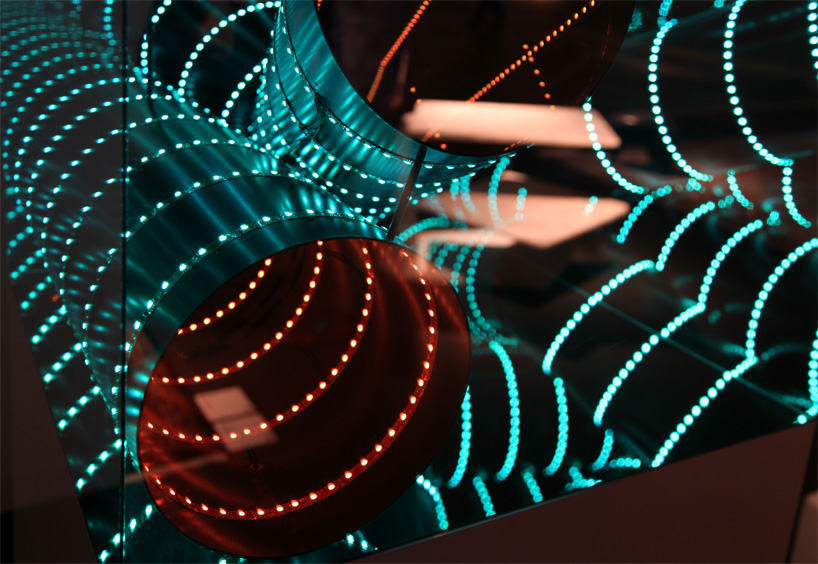 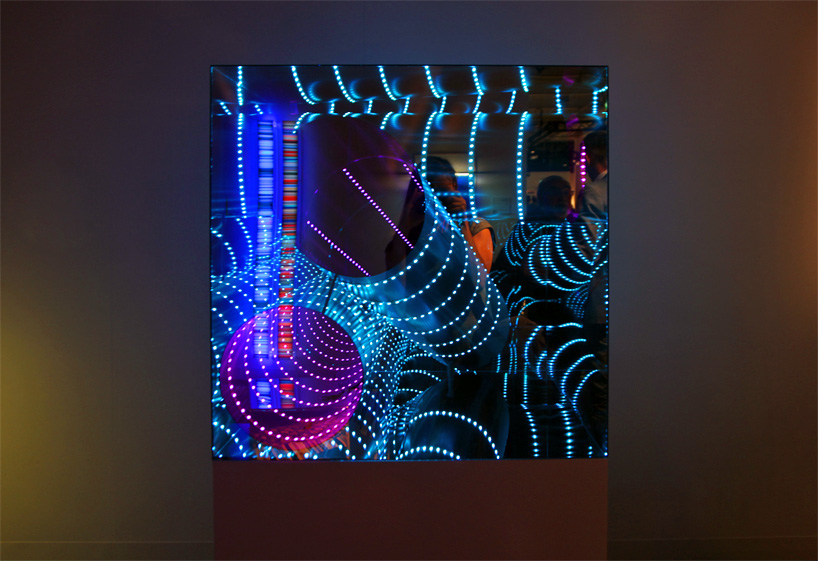 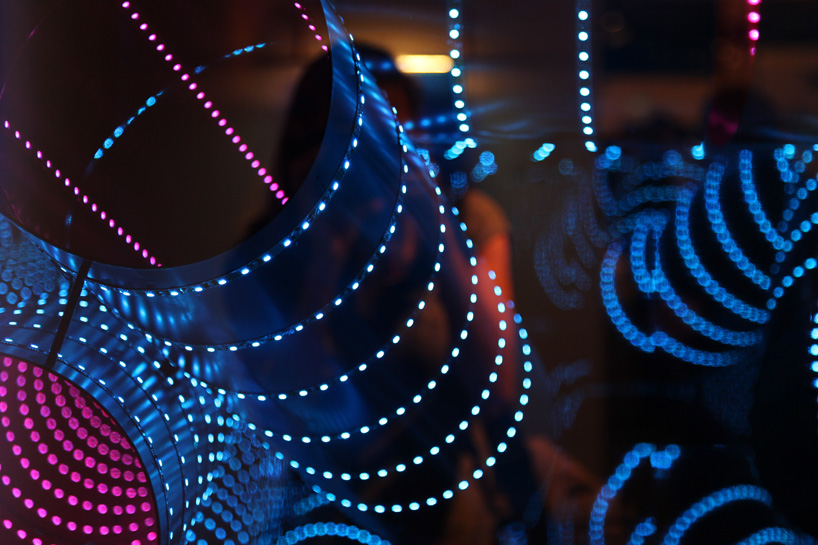 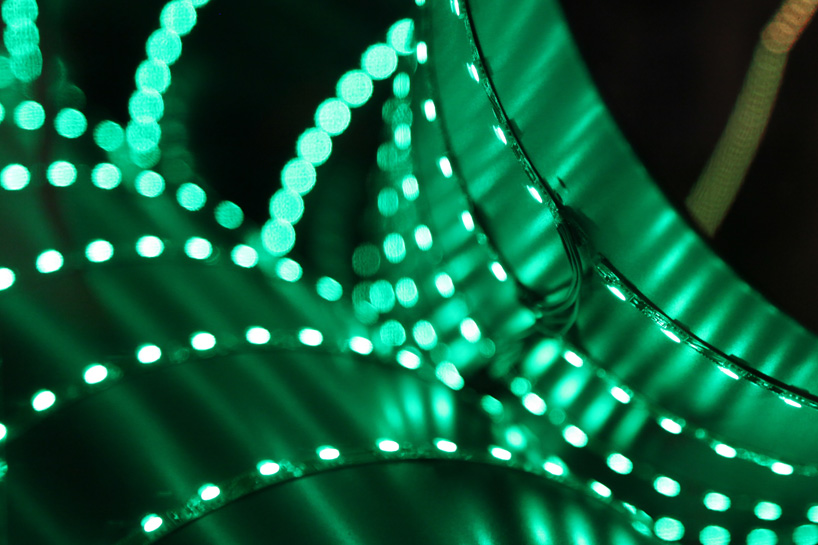 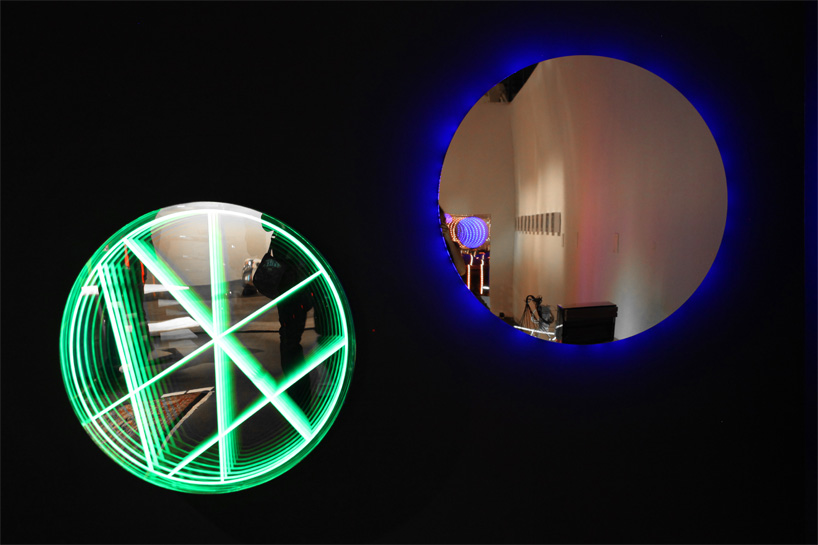 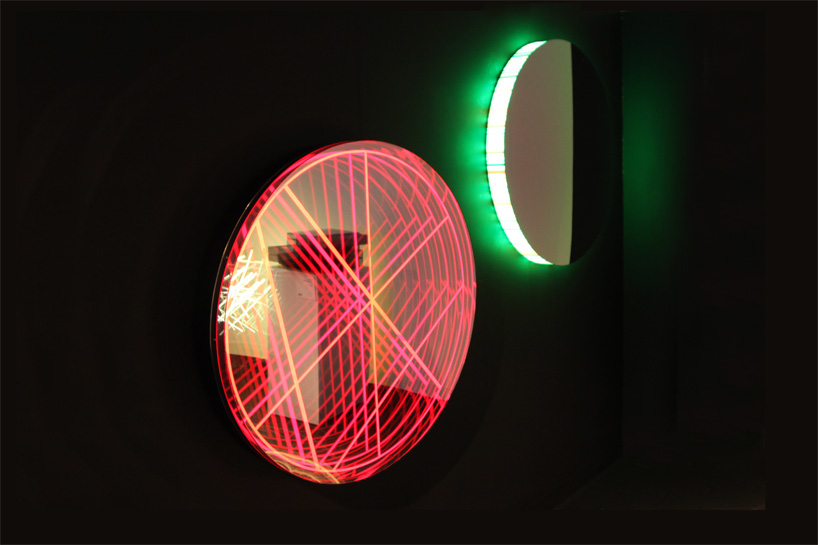 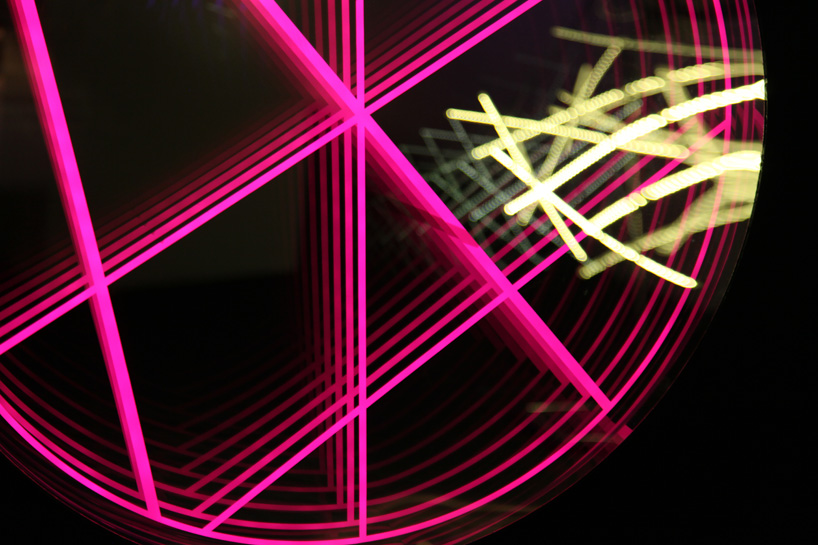 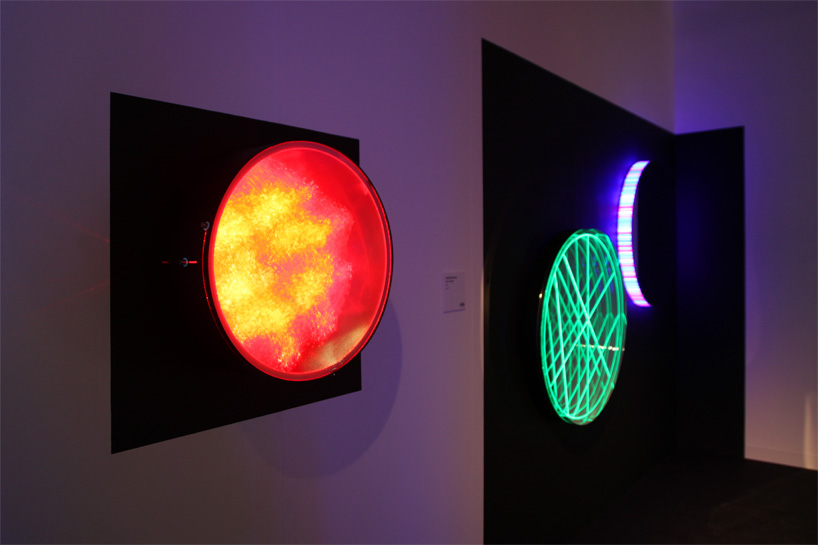 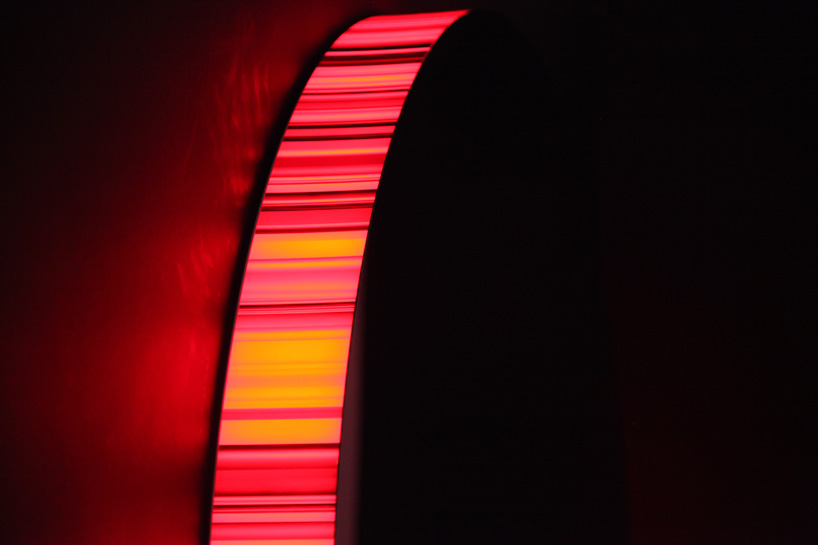 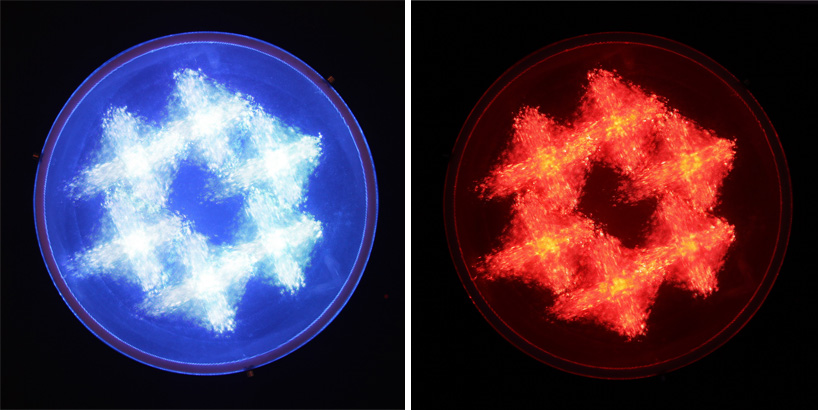 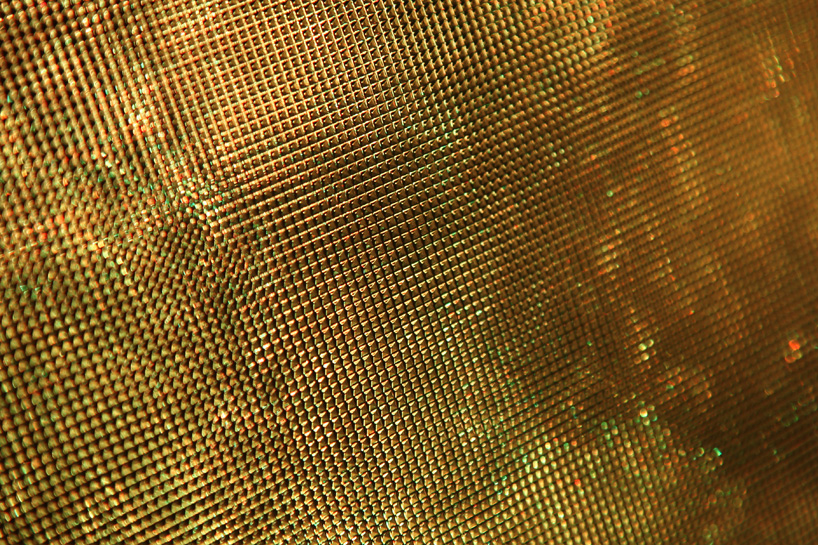 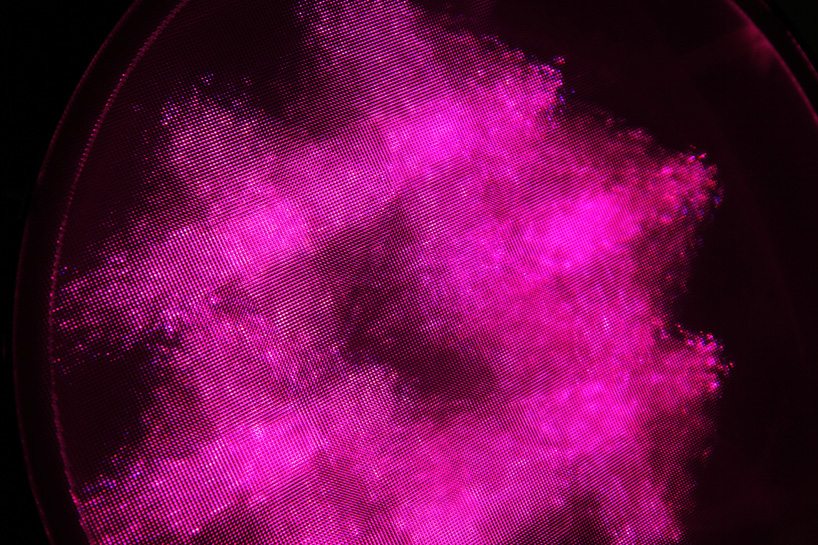 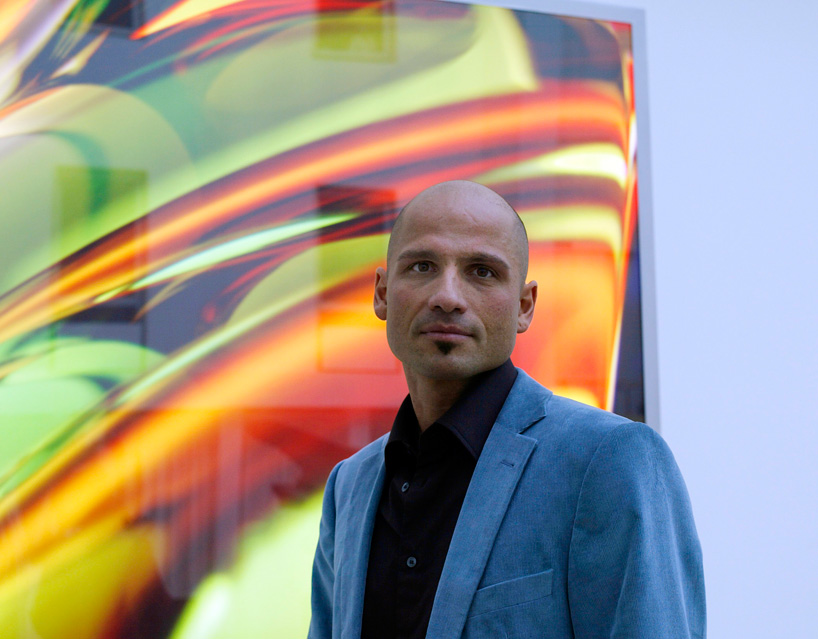 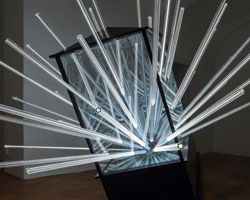 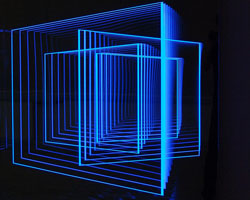