japanese artist and sculptor haroshi, best known for his signature wooden works made from reclaimed skateboard decks, is the designer of the battle at the berric 6 trophy. the popular skateboarding competition has professionals battling head to head, displaying their best tricks. this years winner came away with a appropriately themed, one-of-a-kind art piece prize created by haroshi, a colored, wooden middle finger recycled from the skateboard desks of last years participants. the crude motif protrudes from a gray, stone-like plinth bearing the contest’s initials ‘BATB 6’.

haroshi repurposes the fragmented pieces into original works of art, stacking the plywood decks and meticulously carving each form by hand with precision and expertise. each element is either cut out into various shapes and shaved down into its final form, revealing a striking colored pattern from the layering of the wood, and finally polished to a candy-like finish. 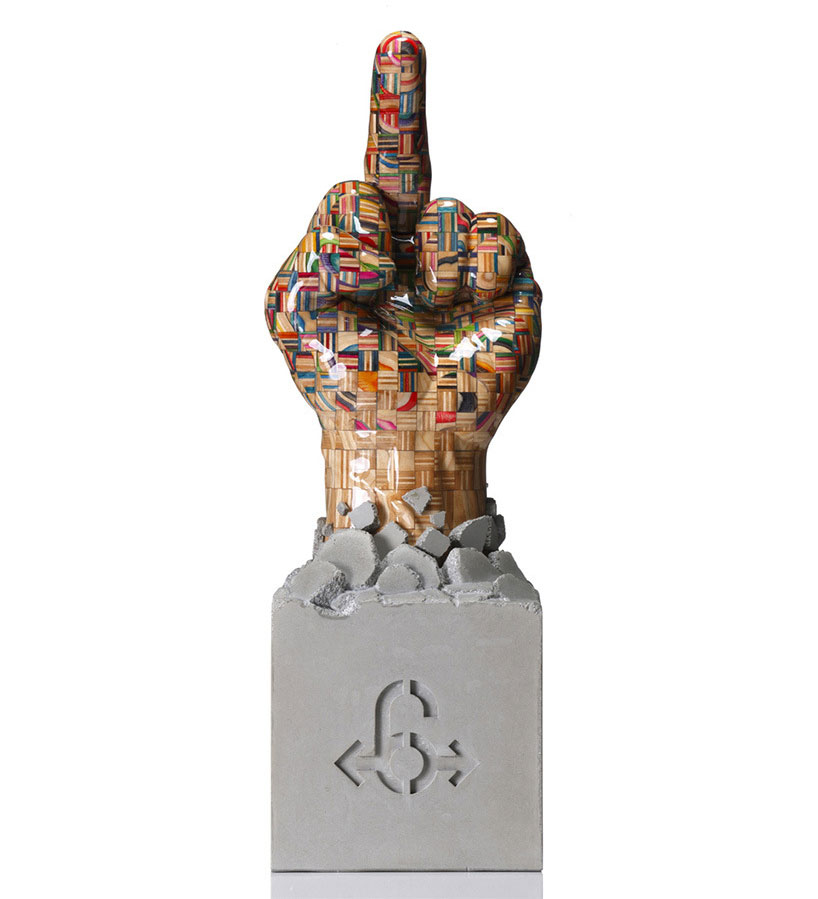 the crude motif protrudes from a gray, stone-like plinth 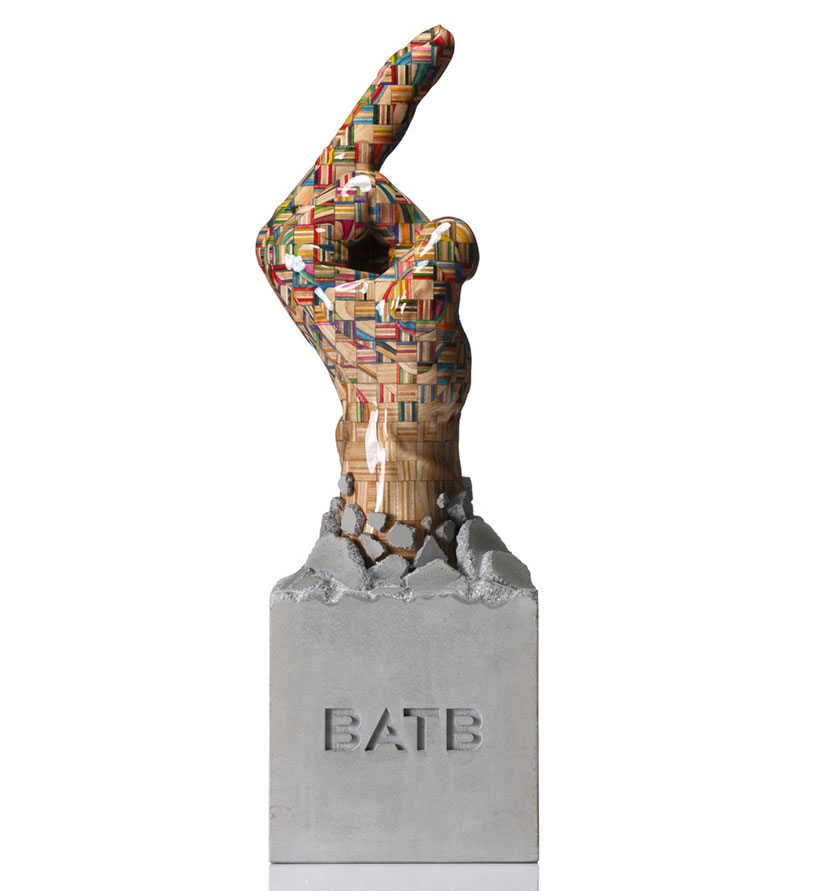 the base of the trophy bears the contest’s initials ‘BATB’ 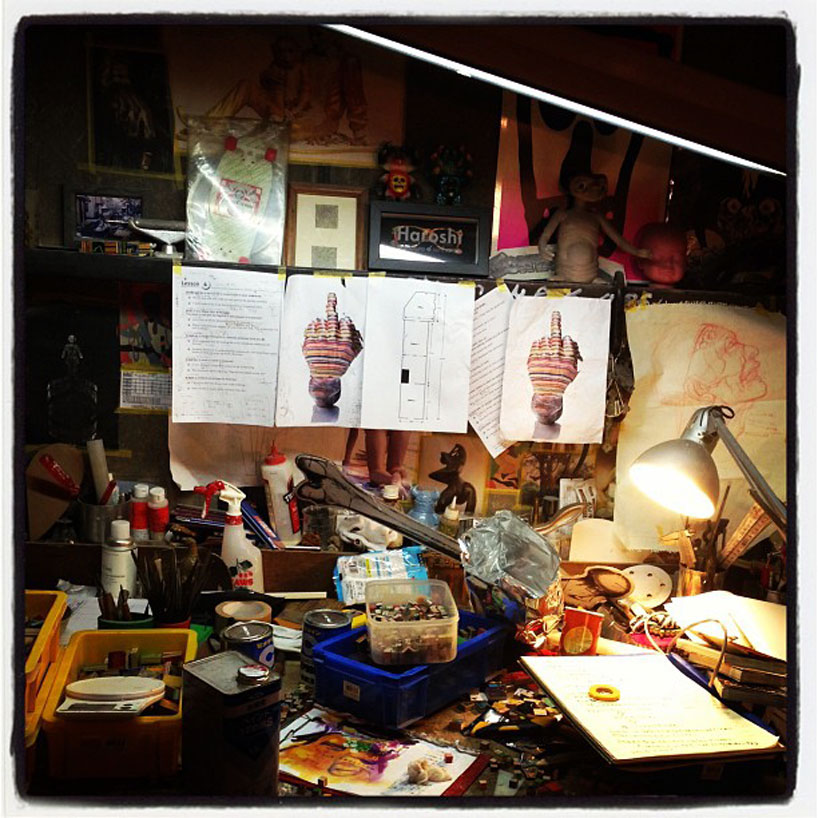 the wooden surfaces become smooth after being shaved down

the skateboard decks are stacked atop each other

the various shapes and shaved down into its final form

the final forms are polished to a candy-like finish

the plywood decks are stacked and meticulously carved by hand

working on the reclaimed skateboard decks 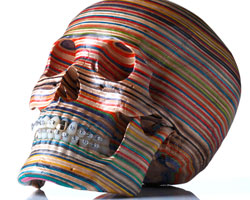 Jan 09, 2013
sculptures made from used skateboards by haroshi