digital exhibition tour: for its inaugural online exhibition opening digitally on march 25 2020, HAUSER & WIRTH brings a selection of drawings by celebrated french-american artist louise bourgeois directly to your screen. drawing was a daily ritual throughout bourgeois’s seven-decade career, used as a necessary tool to record and exorcise her memories and emotions. the works in this presentation capture her inner psyche through undulating marks in ink, watercolour and pencil. ‘louise bourgeois. drawings 1947 – 2007’ coincides with the launch of ‘dispatches’, a new series of original video, online features and experiences that connects viewers with HAUSER & WIRTH artists. 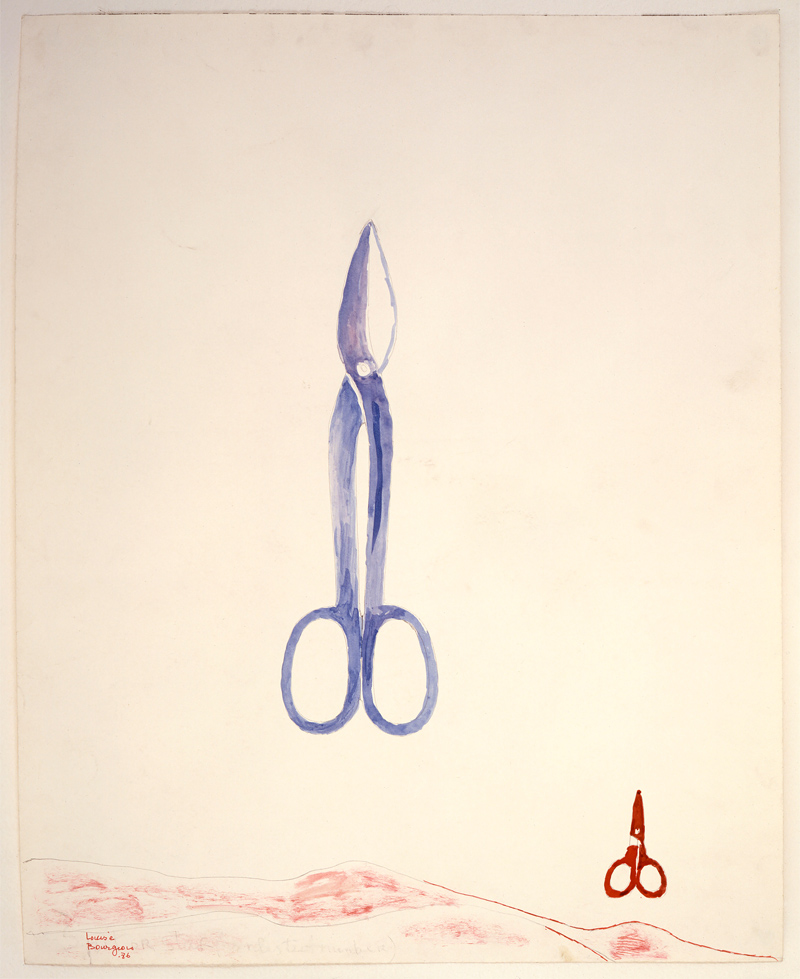 born in 1911, bourgeois began drawing at a young age – as a girl, her skills allowed her to assist at her parents’ tapestry restoration business, where she helped design and draw templates for fabrics in need of repair. years later, drawing became a way of chronicling her inner thoughts and anxieties. like her clothing, which bourgeois considered a kind of diary marking significant events from her past, so too her drawings were a record, over time, of feelings and reactions to the world around her. sometimes these were highly conscious exercises in controlling and quieting her anxiety, at other times they were more visceral meanderings and repetitions of mark and line. her creative process has always been fueled by an introspective reality, often rooted in cathartic re-visitations of early childhood trauma and frank examinations of female sexuality. for her, drawing was a way to pinpoint and alleviate psychic tension: ‘when I draw it means that something bothers me, but I don’t know what it is. so it is the treatment of anxiety’. 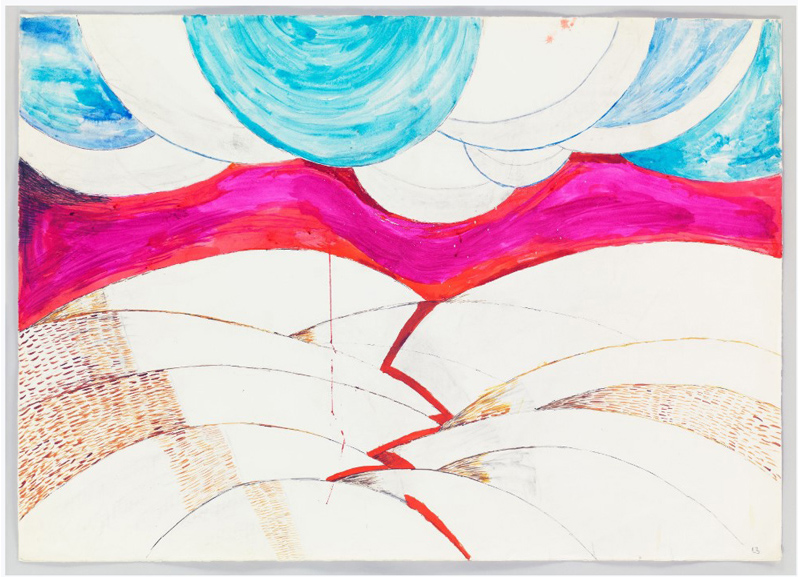 the works in the online presentation by HAUSER & WIRTH articulate different states of bourgeois’ emotional terrain: love, happiness, fear, anger, and despair, as well as self-affirmation and redemption. though her drawings constitute a very separate practice from her sculptural work, they retain a similar tension, oscillating between figuration and abstraction. unique personal symbolism and formal motifs recur throughout, along with references to architecture, anatomy, geometry, and the natural world. in an untitled work from 1970, an unfolding spiral takes up the entire picture frame. for bourgeois, its implied movement was associated with both the fear of losing control and the freedom of giving it up. 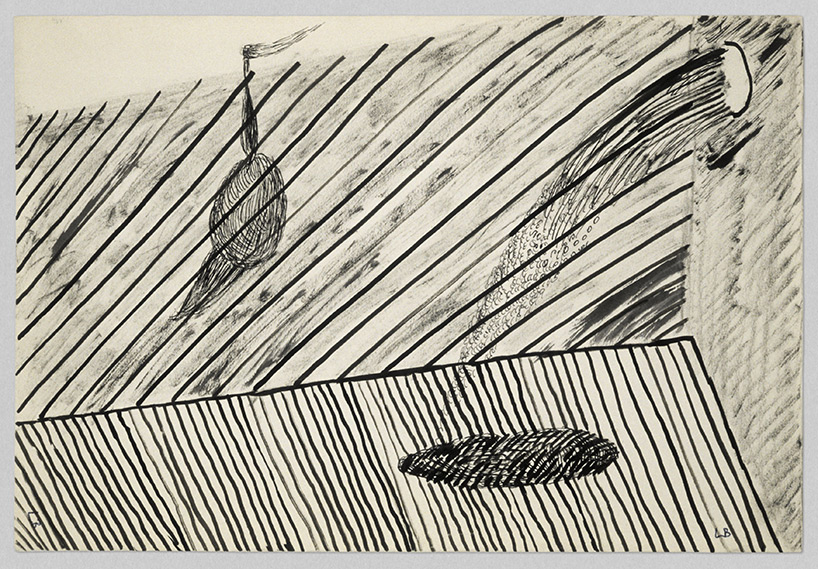 another familiar motif is the disembodied pair of eyes, seen in a pencil and watercolour drawing from 1974, playing with notions of power and the gaze. the work ‘spit or star’ from 1986 depicts a pair of large blue scissors floating alongside a smaller red pair above a barren landscape. the imagery of the scissors references the bourgeois family’s tapestry business, alluding to reparation and restoration. they also symbolize the mother and child. 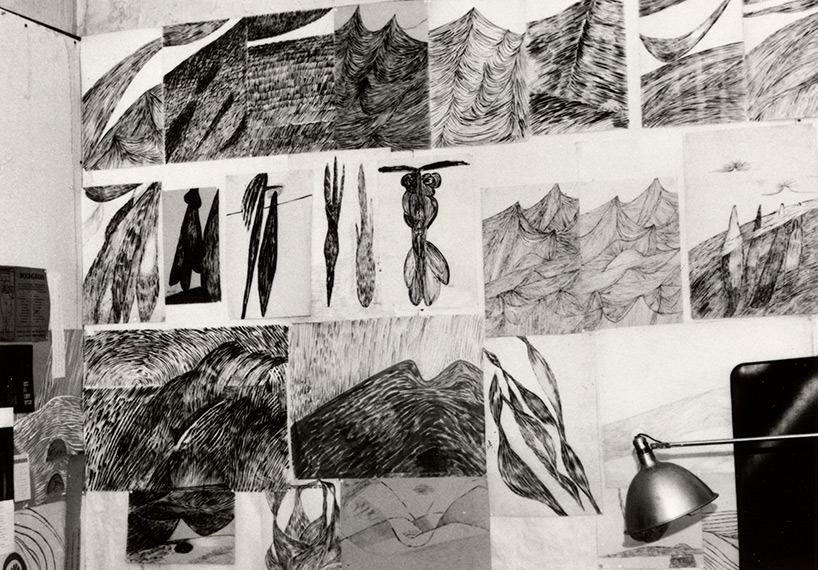 drawings by louise bourgeois pinned to the wall of her home on west 20th street, new york, 1962
© the easton foundation / licensed by VAGA at artists rights society (ARS), new york

for bourgeois, cutting was both a form of separation, as with the umbilical cord, and a form of healing, as when a limb is cut from a tree in order to maintain its strength. such motifs give these pieces a conceptual and multi-layered complexity which is seen throughout bourgeois’s oeuvre. her drawings are often linked to her psychoanalytic writings, where words and images would come together to describe various psychic states and experiences. for bourgeois, the act of drawing on paper was a refuge from the intricacies of human experience: ‘the abstract drawings come from a deep need to achieve peace, rest and sleep’ 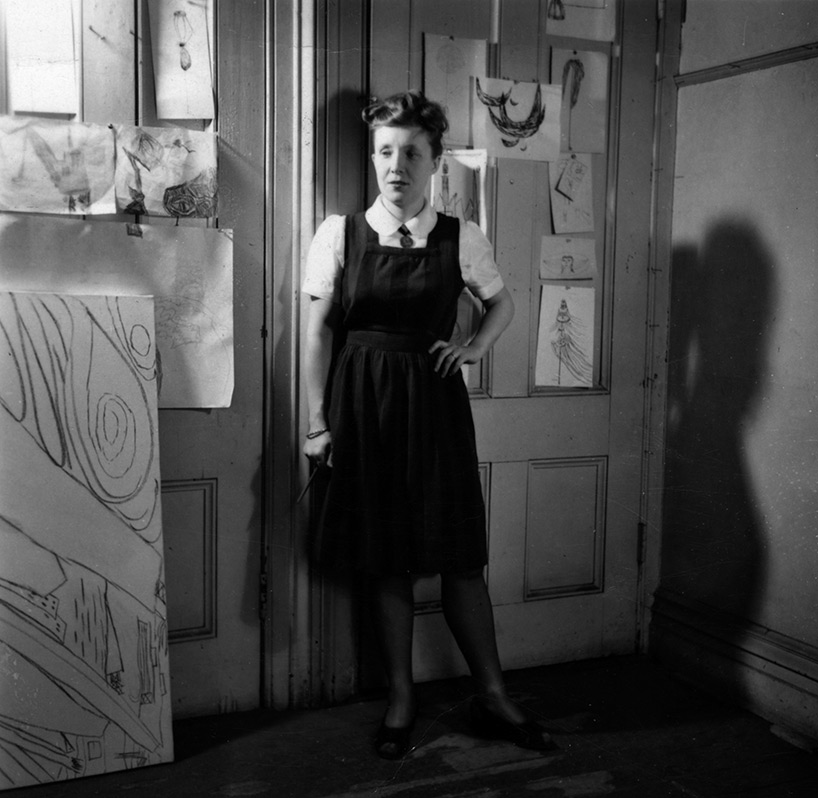 louise bourgeois in the studio of her apartment at 142 east 18th street, new york, circa 1946
© the easton foundation / licensed by VAGA at artists rights society (ARS), new york 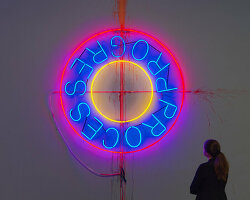 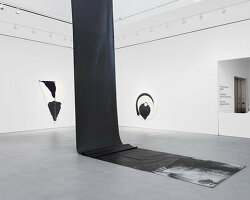 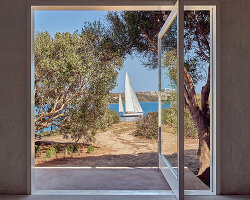 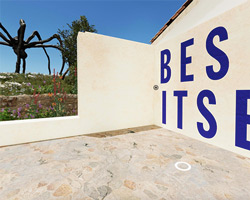 May 07, 2020
HAUSER & WIRTH presents 'beside itself', a VR exhibition at its future gallery in menorca 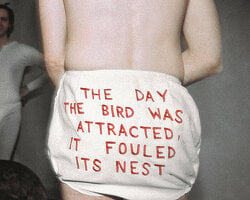 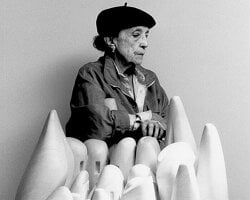