‘heard words’ by UK’s BAT studio creates a modern day scribes’ office. situated in an un-used shop, the installation interacts with visitors as they speak – transcribing their words using a series of machines located around the room. the various devices detect conversation, immediately printing out the verbal exchange onto streams of paper. the spatial environment highlights hundreds of previously (mis)transcribed snippets of spoken word to be read from the streams of card. over the course of the festival, the room will become increasingly full of different user transcriptions – creating a physical sculptural record of data collected from people who have engaged within the space. often funny, the paper records seem to read as bizarreconversations or monologues, streams of consciousness that move fast between concepts and juxtaposed statements. additionally, the installation incorporates a digital stream, which uses twitter to broadcast the information. 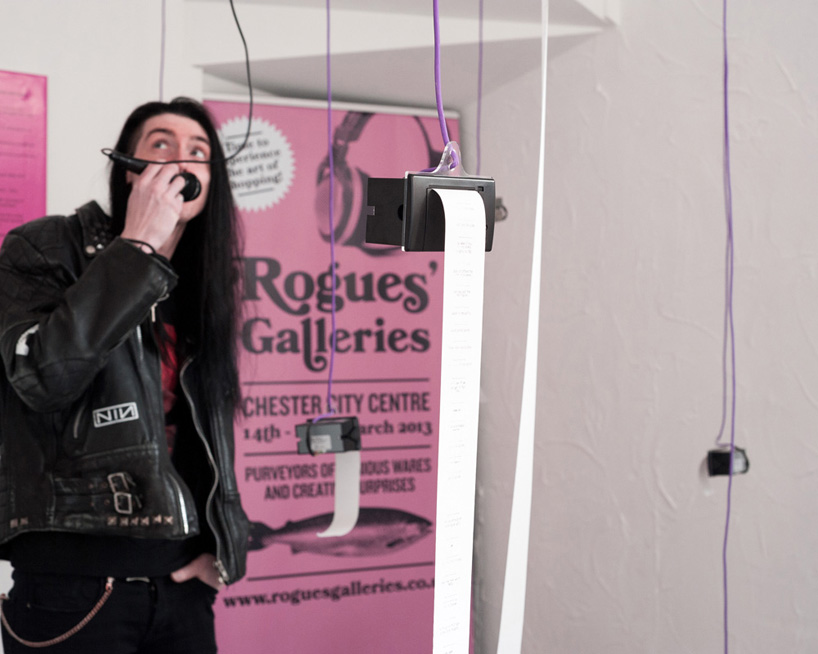 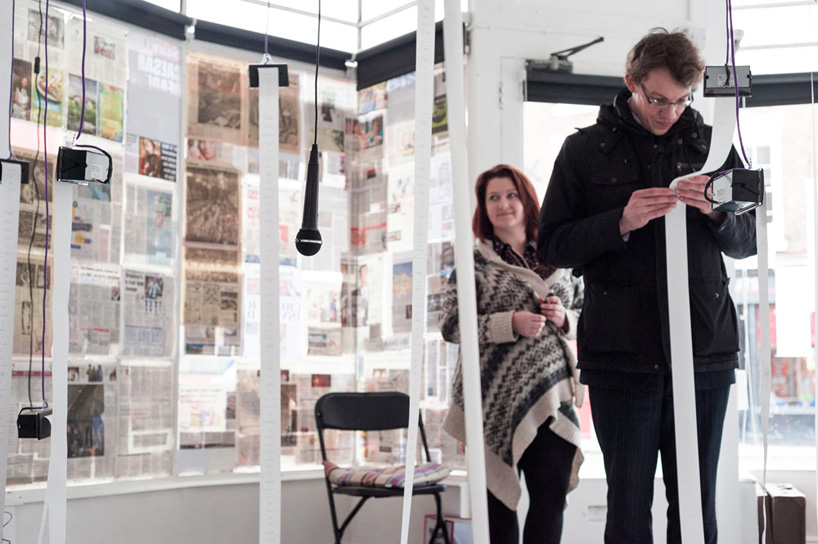 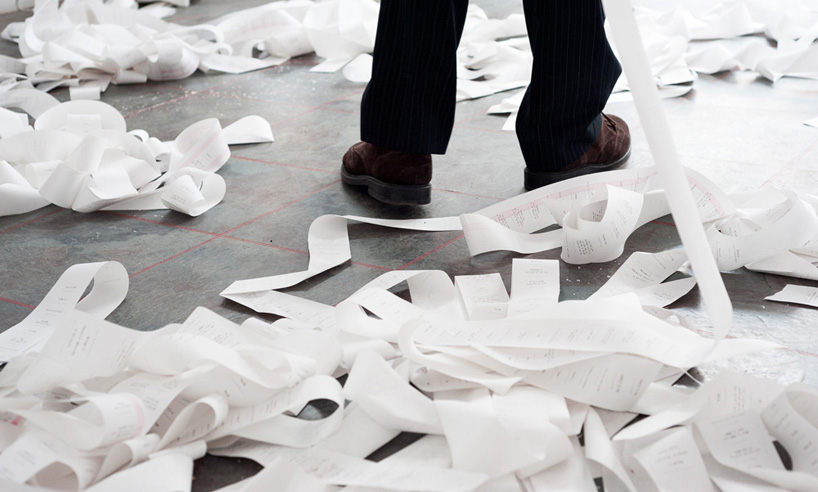 and gradually the spaces fills up with previous recordingsimage © andy matthews 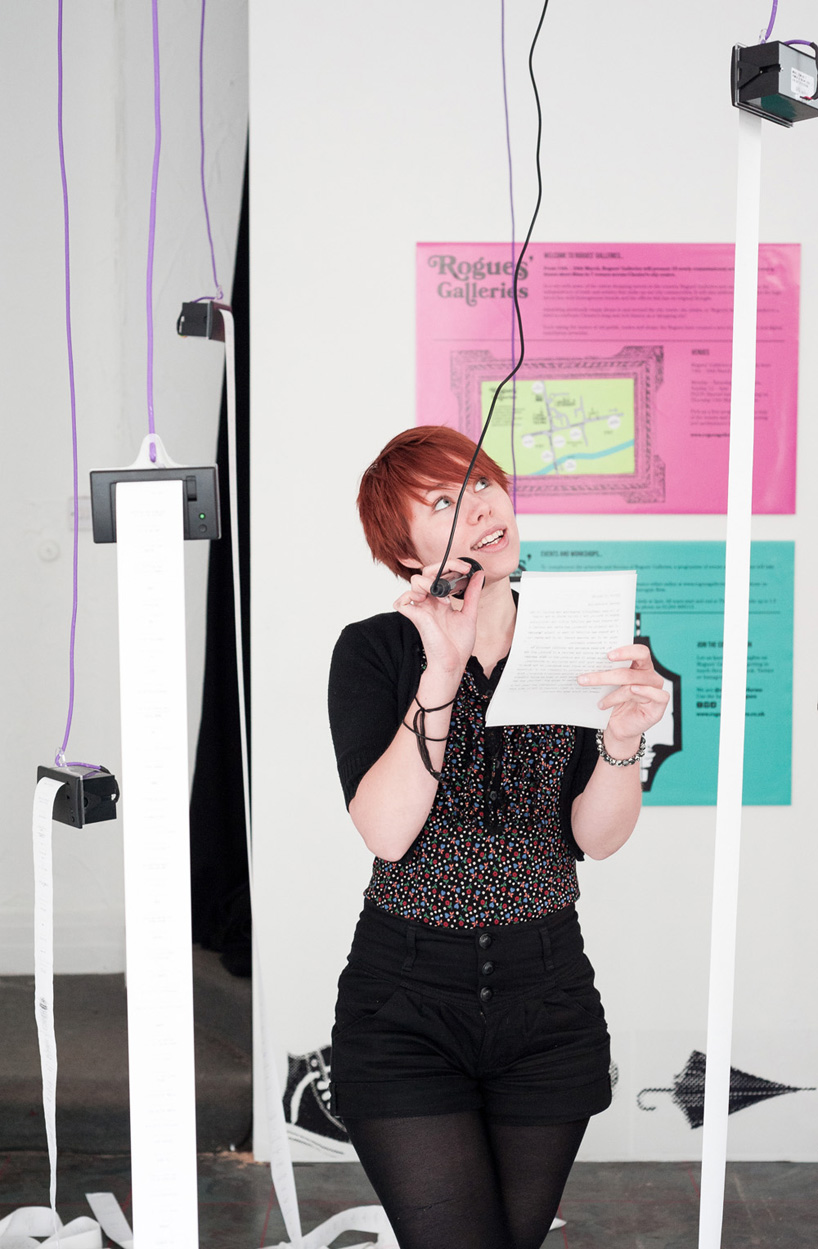 speak and be rememberedimage © andy matthews 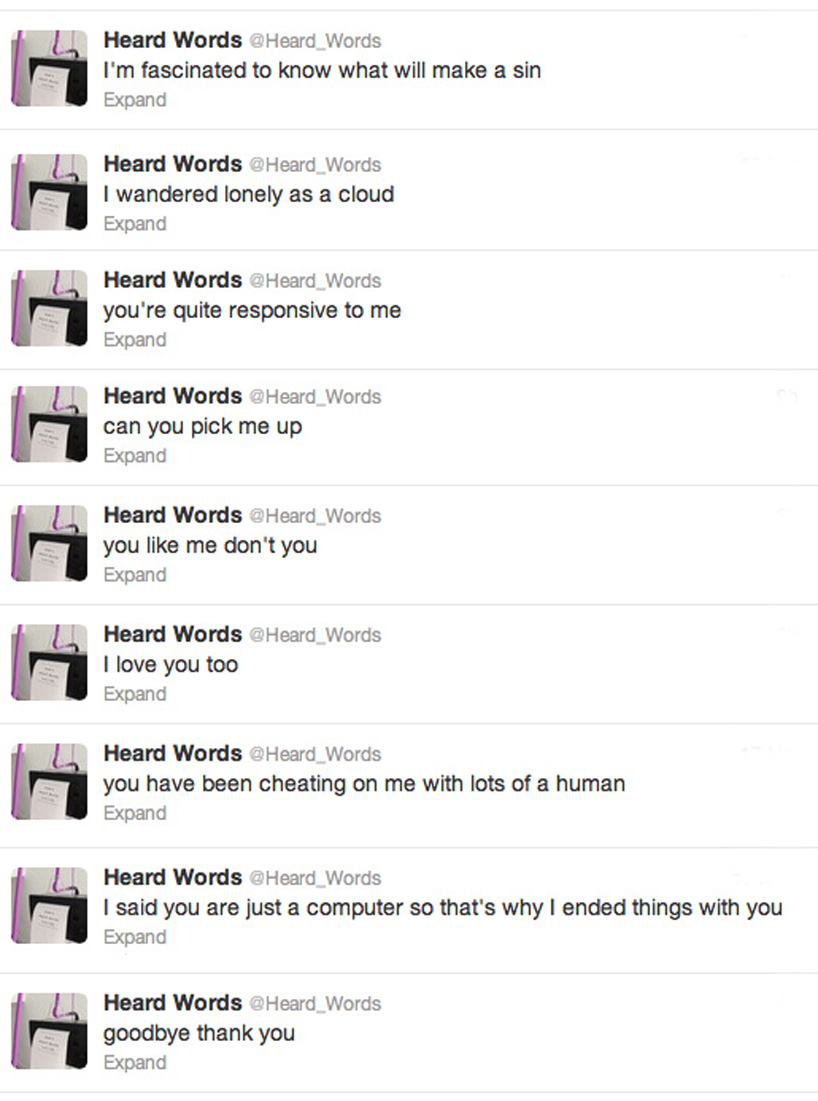 all the ‘heard words’ are recorded on a live twitter feed