german artist heinz mack has sited ‘the sky over nine columns’ against the backdrop of santiago calatrava’s city of arts and sciences in valencia. the monumental sculptural work sees its third installation, after its presentation on the island of san giorgio maggiore during the 2014 venice architecture biennale and at the sakıp sabancı museum in instanbul. the chosen place this time — on the southern lake of the complex’s ‘hemisfèric’ theater — is another distinctive site for mack to display this work. ‘for me, space is as important as sculpture…’ heinz mack says, ‘I cannot imagine one without the other.’ 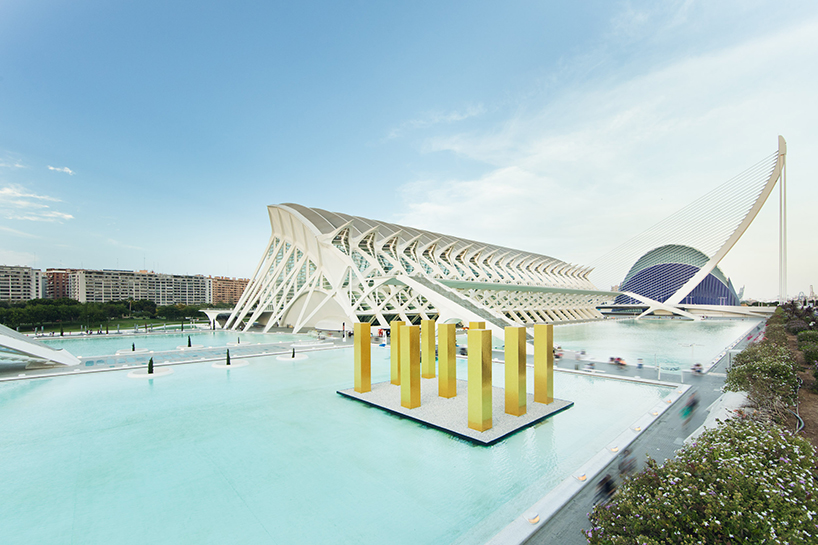 presented by the dommermuth arts and culture foundation in collaboration with beck & eggeling, ‘the sky over nine columns‘  by heinz mack is sited in valencia until november 6, 2016. nine symmetrical pillars reaching more than seven meters high are coated with 850,000 golden tiles, recontextualizing these early elements from the history of architecture as striking metallic pillars. mack has placed the installation within this specific architectural complex, taking advantage of the way the golden light of the columns reflects onto the white surrounding buildings and the blue water on which they sit. forming a direct relationship between earth and sky, the installation by heinz mack becomes a cultural highlight in each of the cities, attracting both visitors and art enthusiasts alike. 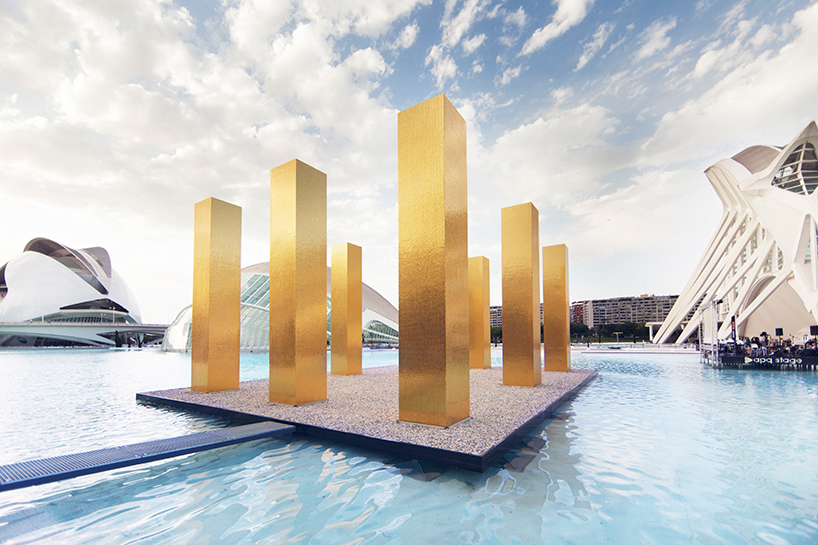 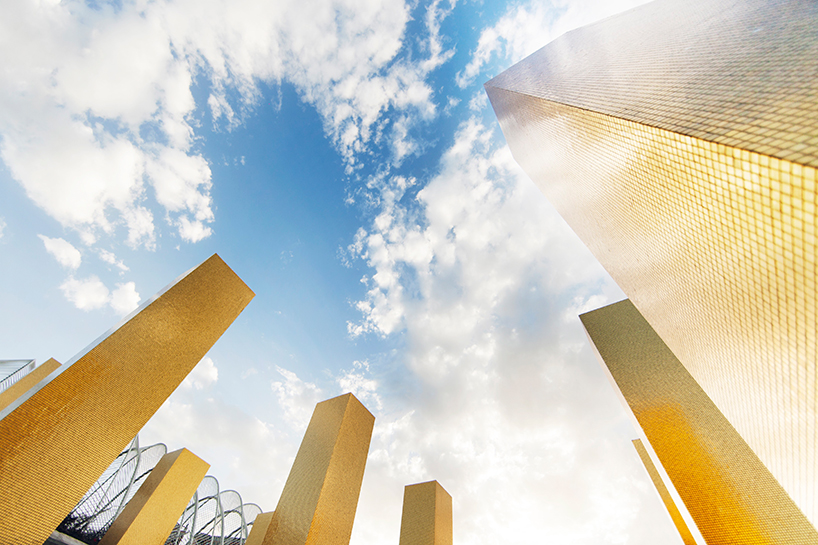 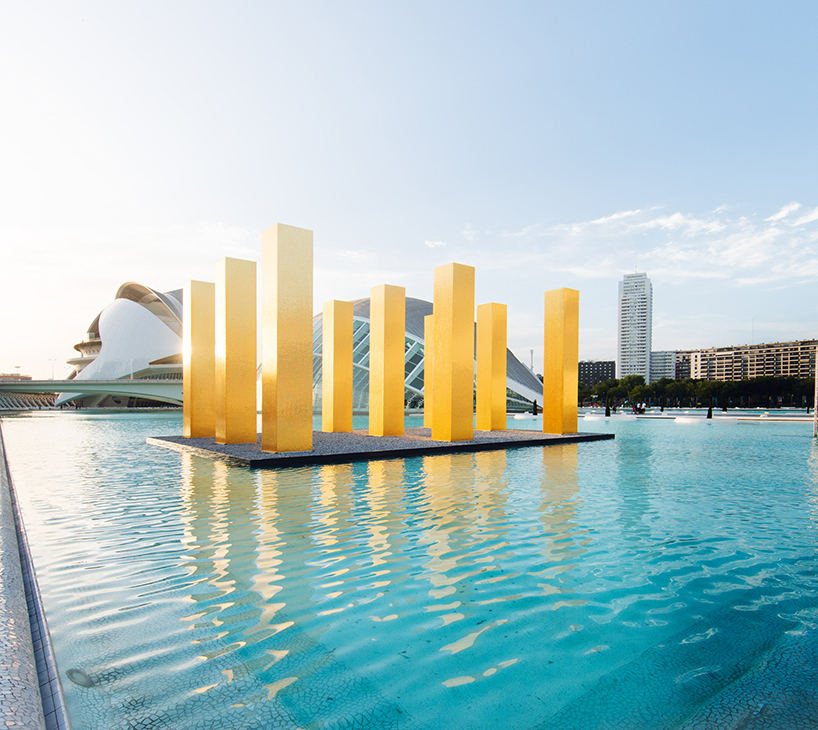 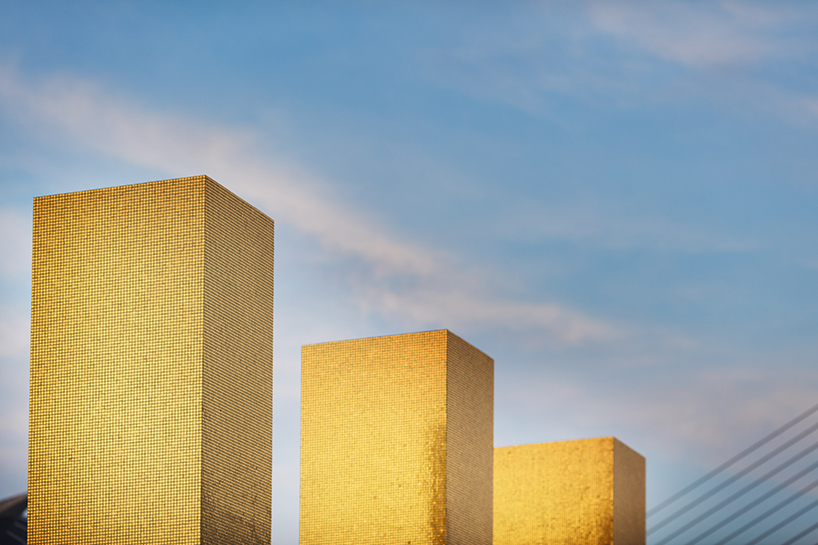 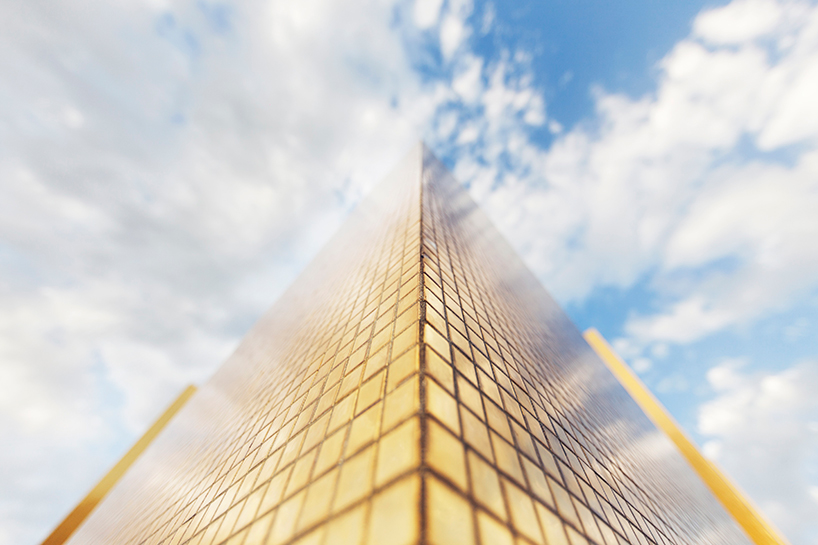 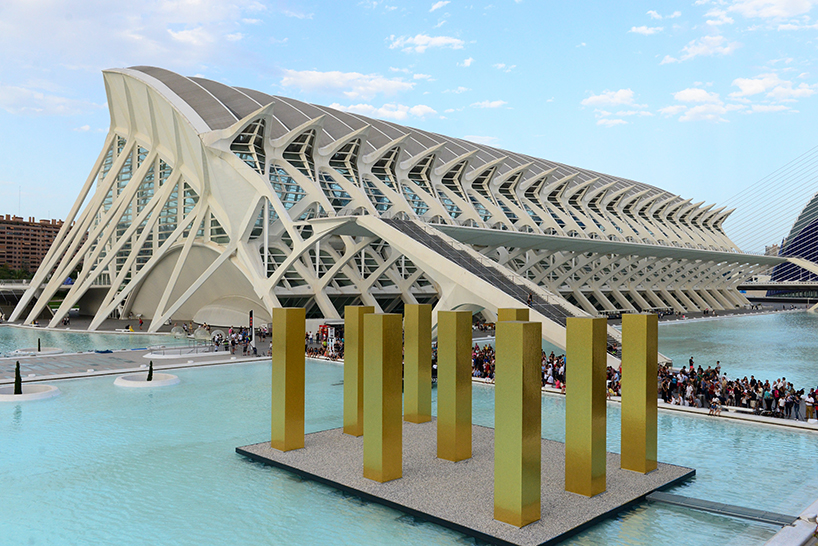 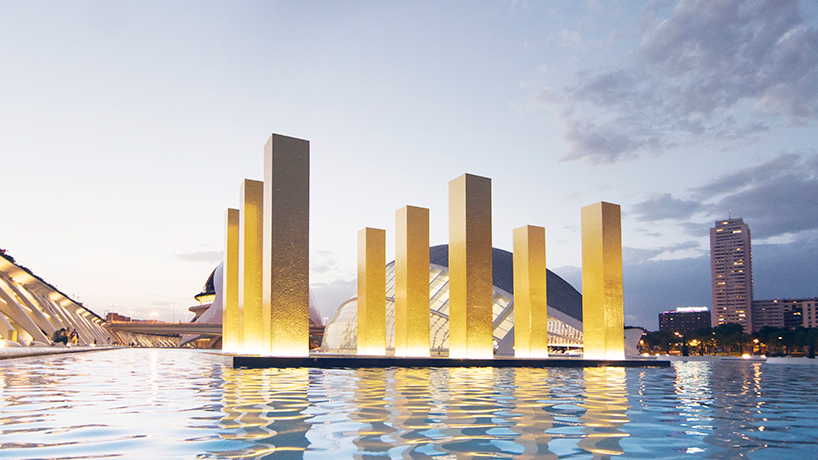 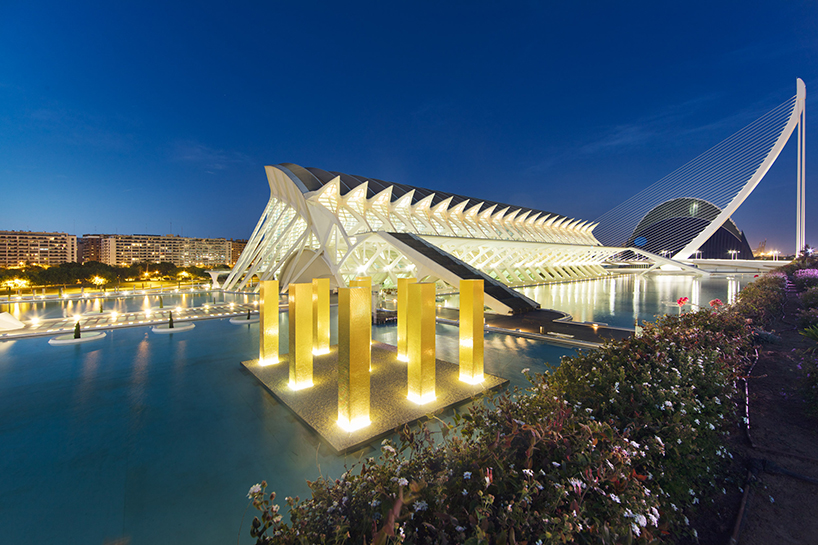 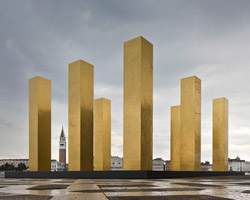 Jun 05, 2014
heinz mack elevates the sky over nine columns at the venice biennale