the exploration of new countries and continents is often enhanced by the food eaten there, acting as a portal to the cultural complexities of that place. brooklyn-based photographer henry hargreaves and food stylist caitlin levin, motivated by a passion for travel, have created ‘food maps’, a playful cartography series of geographical locations made out of the iconic foods that best represent them. painstakingly crafted with real, unadulterated food, the silhouettes are packed with edible materials — corn in various forms fills the united states, vibrantly colored kiwis compose new zealand and biscuit bits build the united kingdom.

the project speaks to the universality of how food unites people, and shows how various ingredients have come to transform the cultural identity of a place. they say ‘these maps show how food has traveled the globe. while we know that tomatoes originally came form the andes in south america, italy has become the tomato king. who doesn’t know the saying ‘throwing some shrimp on the barbie’ and not think of australia? who goes to france without eating bread and cheese? and who makes a brazilian caipirinha without using fistful of limes‘? 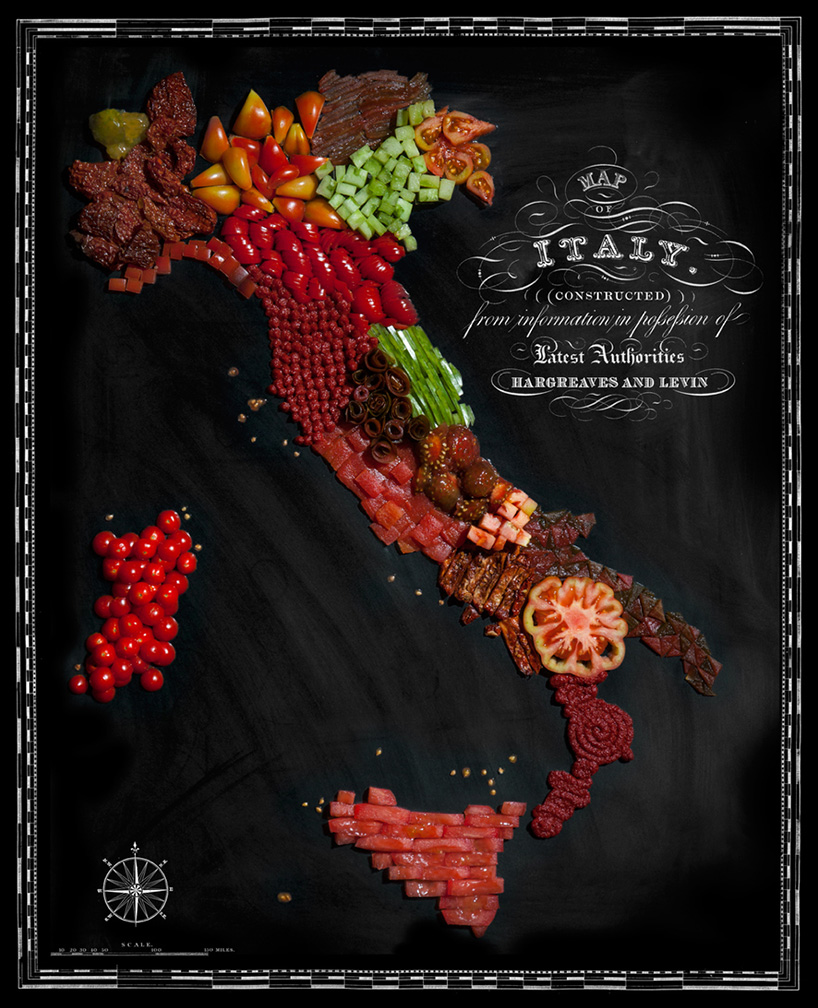 map of italy made from tomatoes 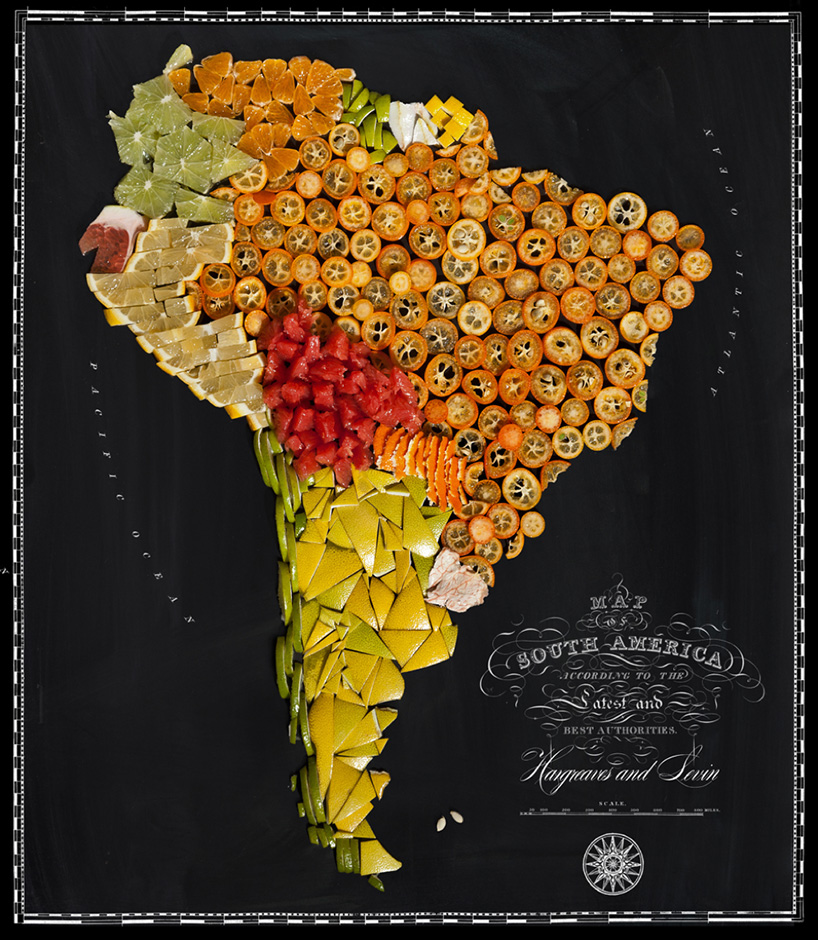 map of south america made from citrus fruits 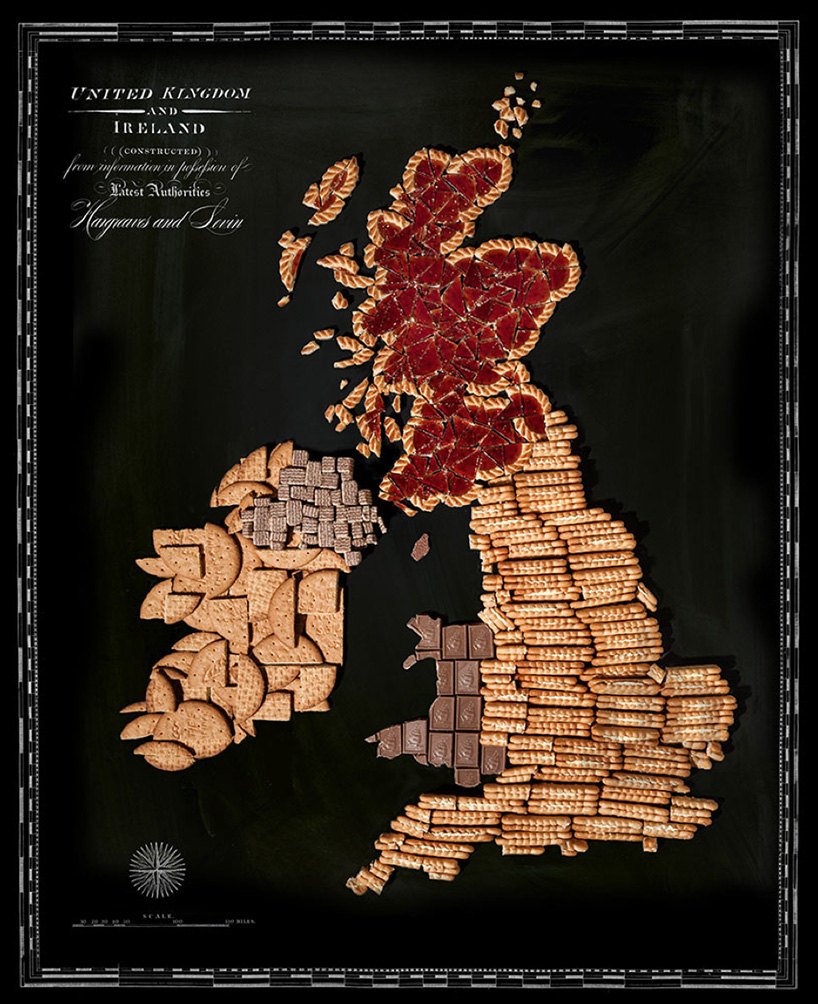 map of the UK and ireland made from biscuits 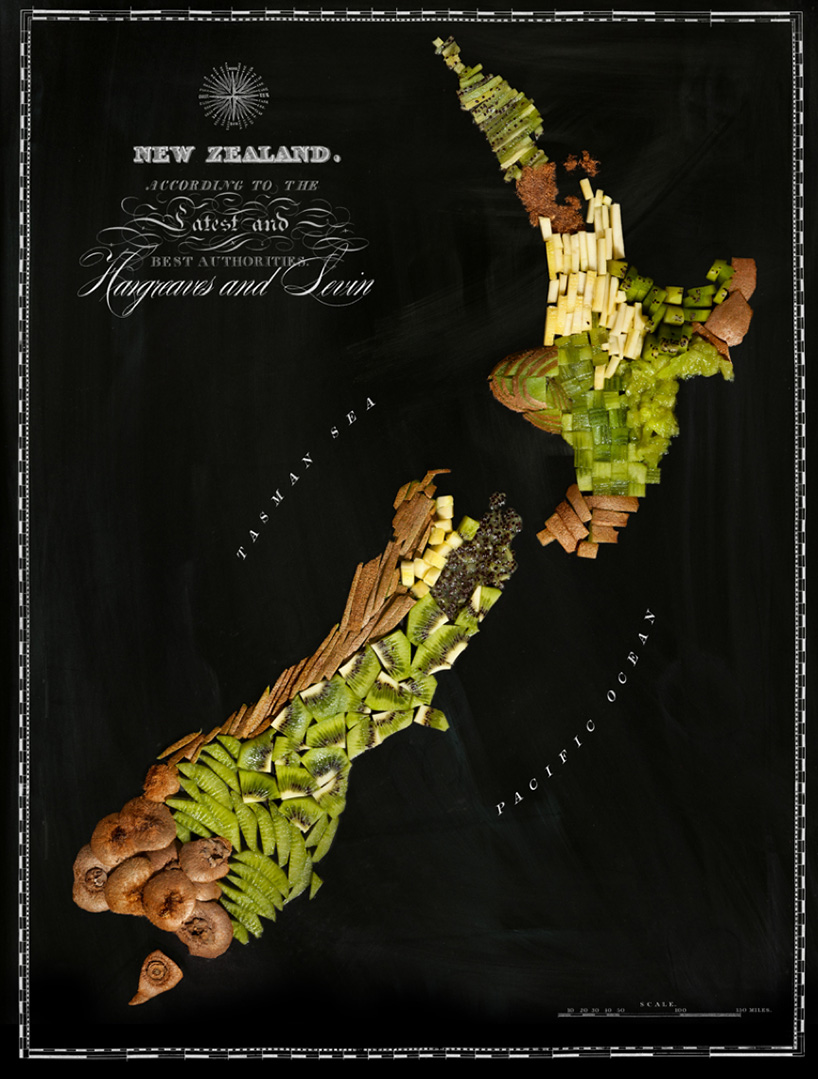 map of new zealand made from kiwis 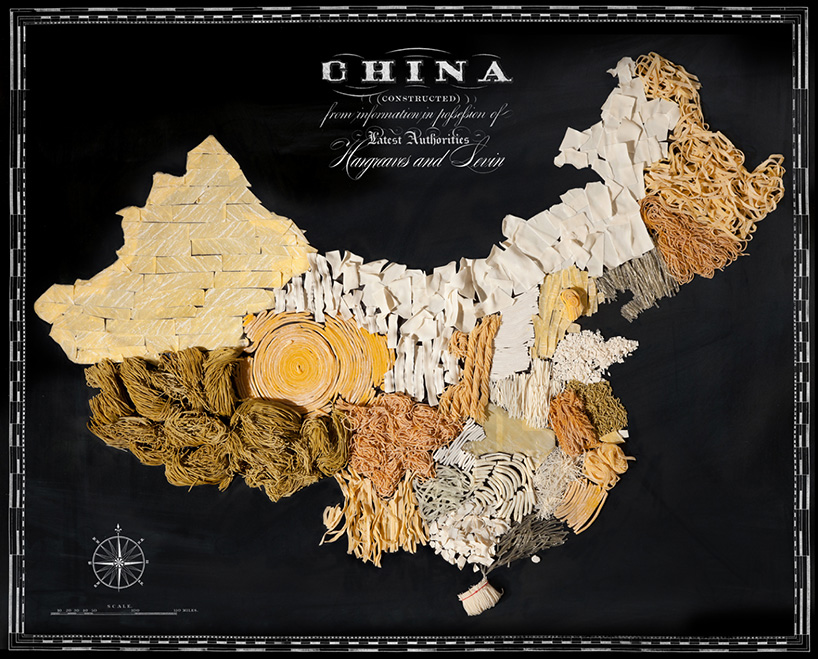 map of china made from noodles 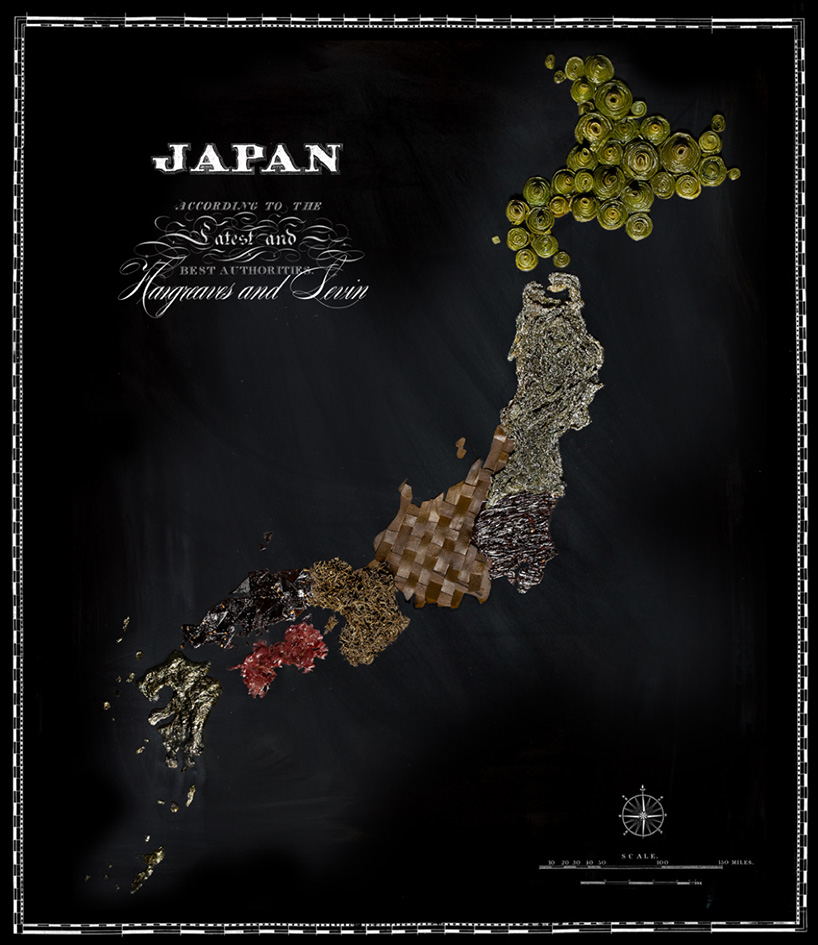 map of japan made from seaweed 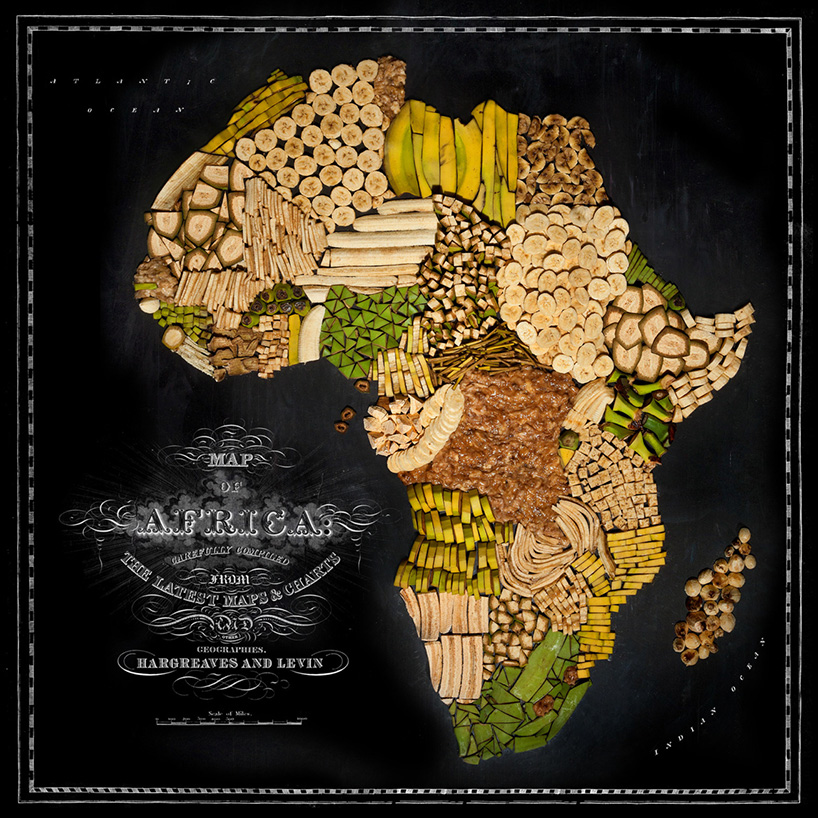 map of africa made from bananas 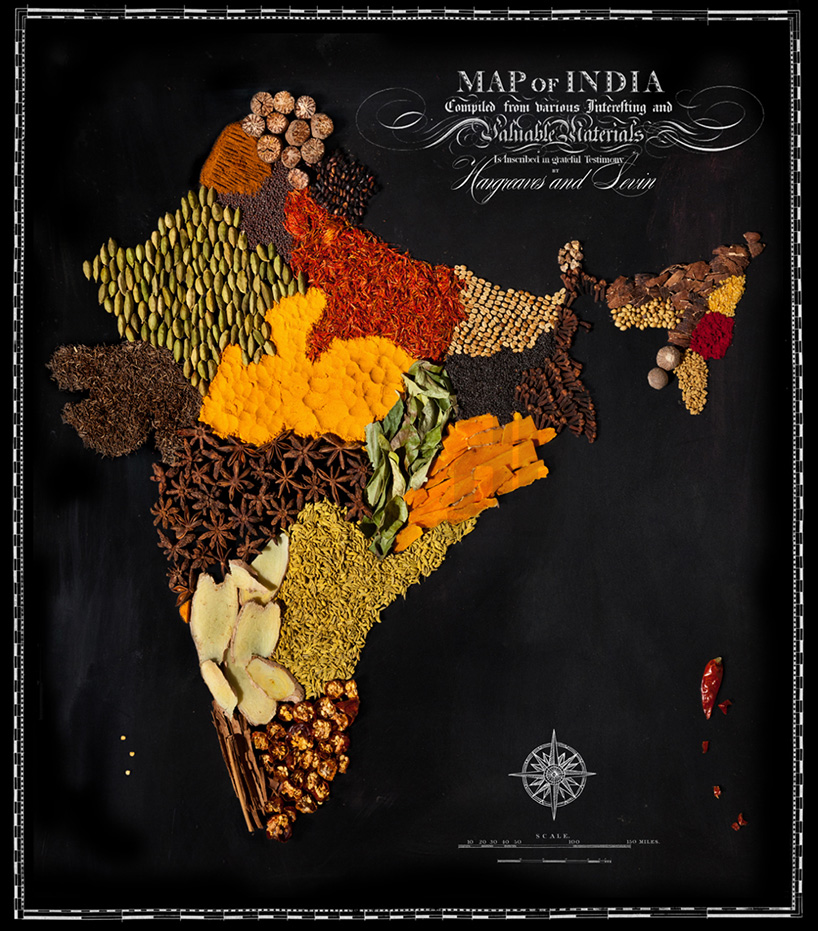 map of india made from spices 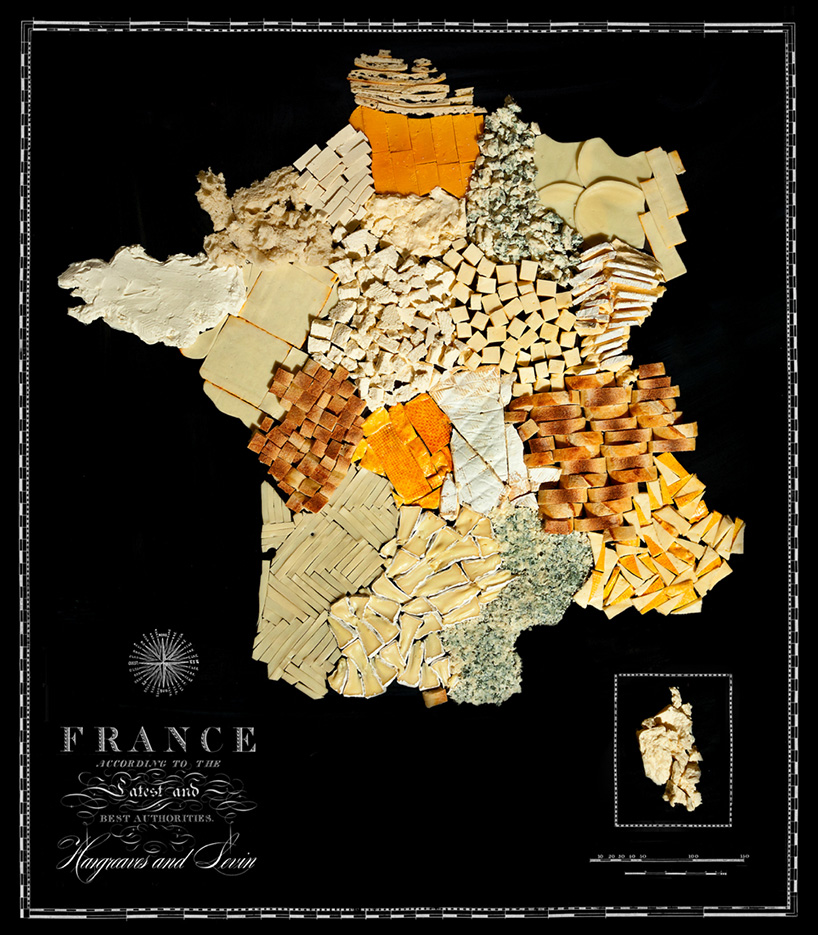 map of france made from cheese 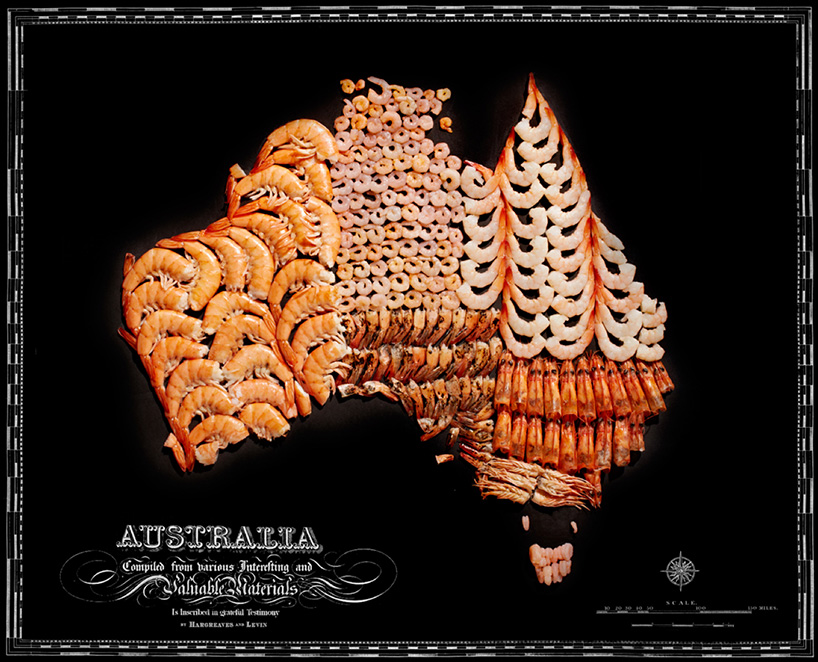 map of australia made from shrimp

the making of the united states map

the UK and ireland is constructed from biscuits 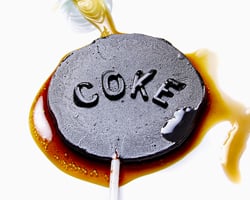 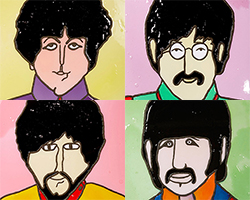