designer and illustrator josh lane told us more about his hero-glyphics series. 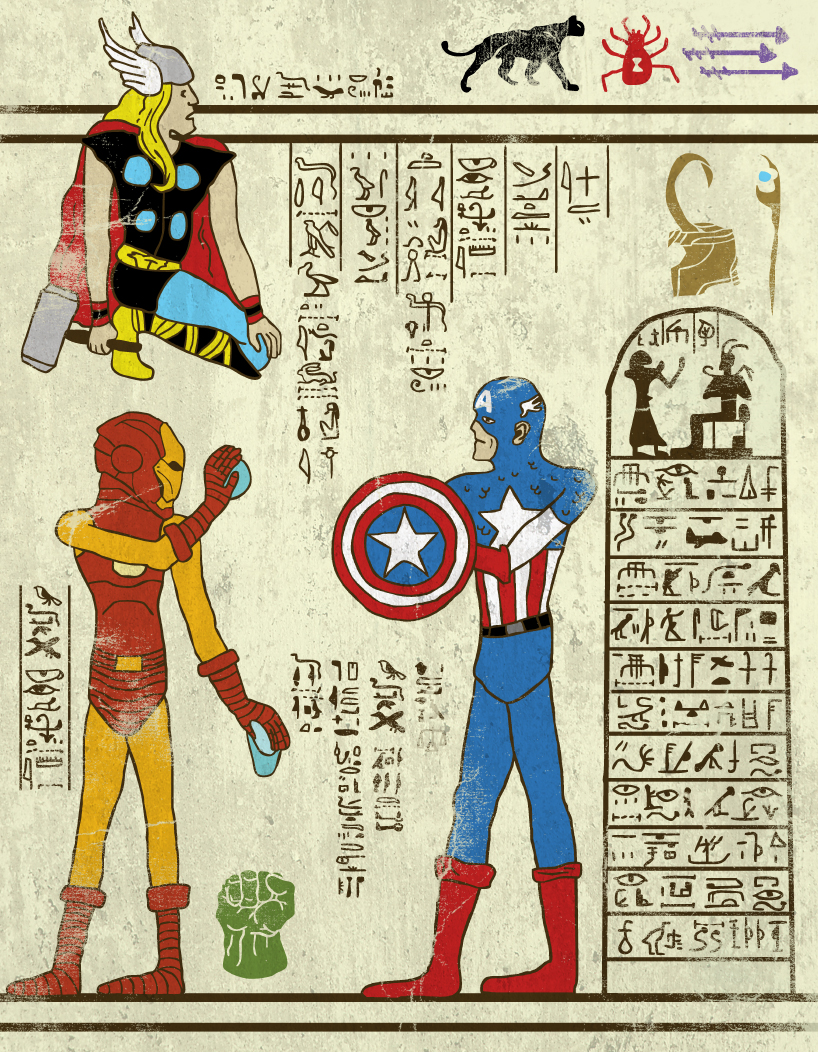 like most of the work I do, this series was self initiated. I started them in late august last year I have always had an affinity for ancient egyptian art and hieroglyphics – the ancient egyptians developed an elegant way to communicate their stories using minimalistic imagery and symbols. as a graphic designer and illustrator I try to do this same thing today.

I wanted to pay tribute to this style by adding a modern twist of the things I love – which tend to be on the geeky side. when I started the project I knew I wanted to mimic the same kind of poses that early egyptians had established.

I enjoyed placing these modern characters into the poses that fit the character best. for example, I felt like captain kirk should be the one sitting on the ‘throne’ as if it were his captains chair and that in the x-men piece I would have wolverine kneeling before the representation of the most powerful mutant entity, the phoenix.

I soon found myself telling stories with background details and symbols. in the end I wanted to create a series that people could instantly relate to and enjoy on a couple different levels: the pop culture and the art history. 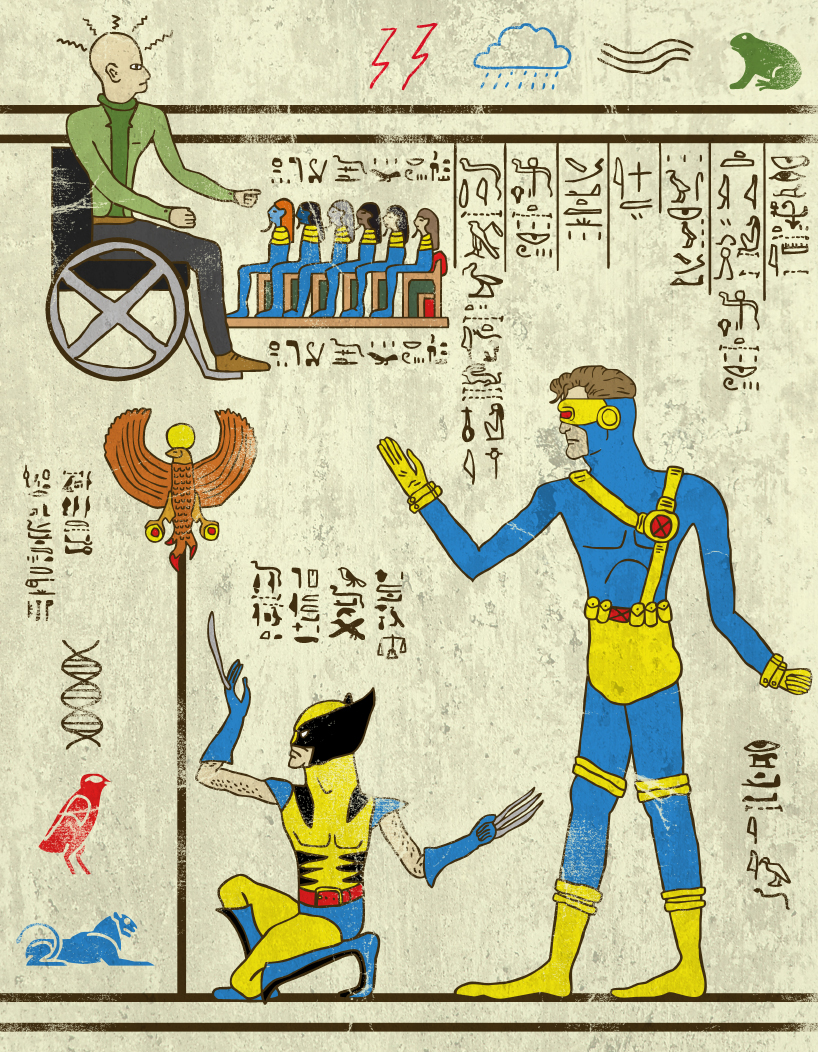 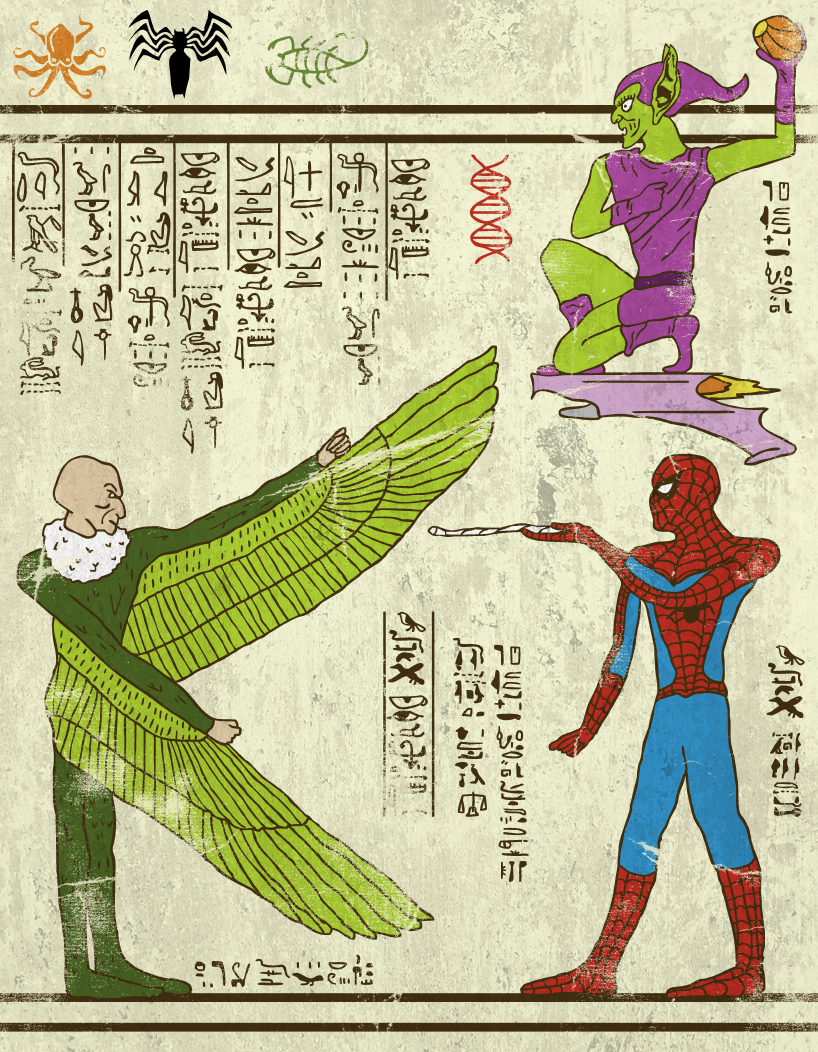 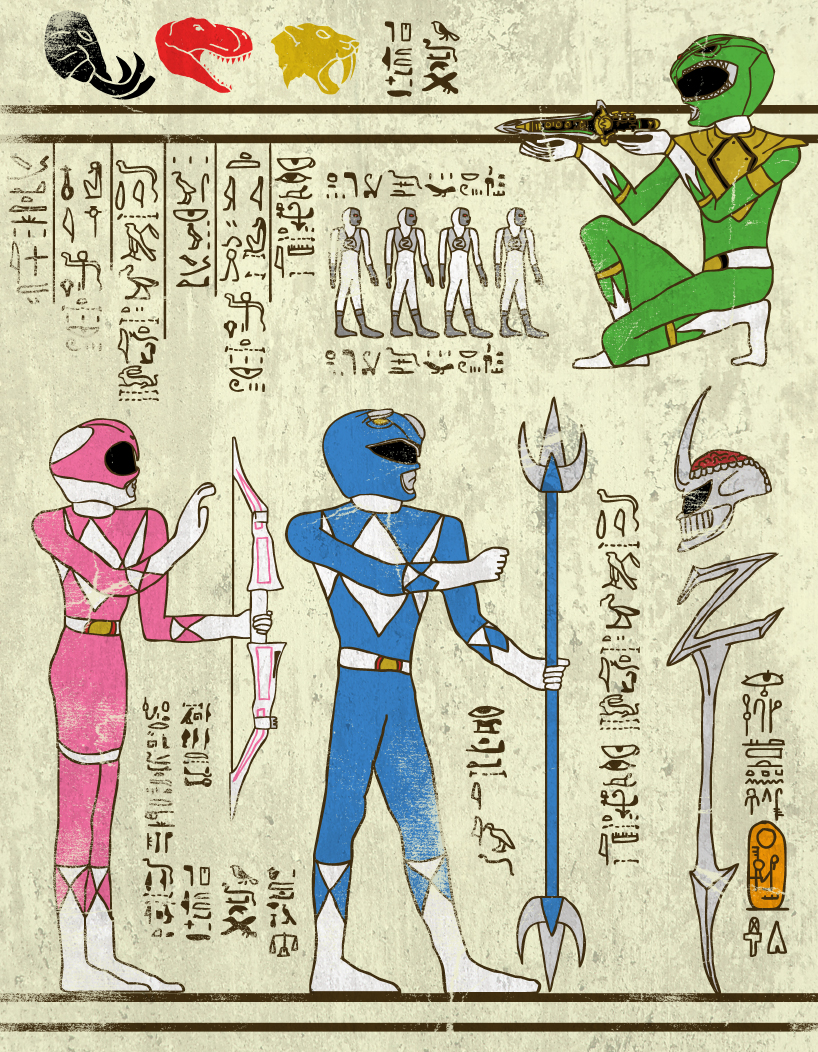 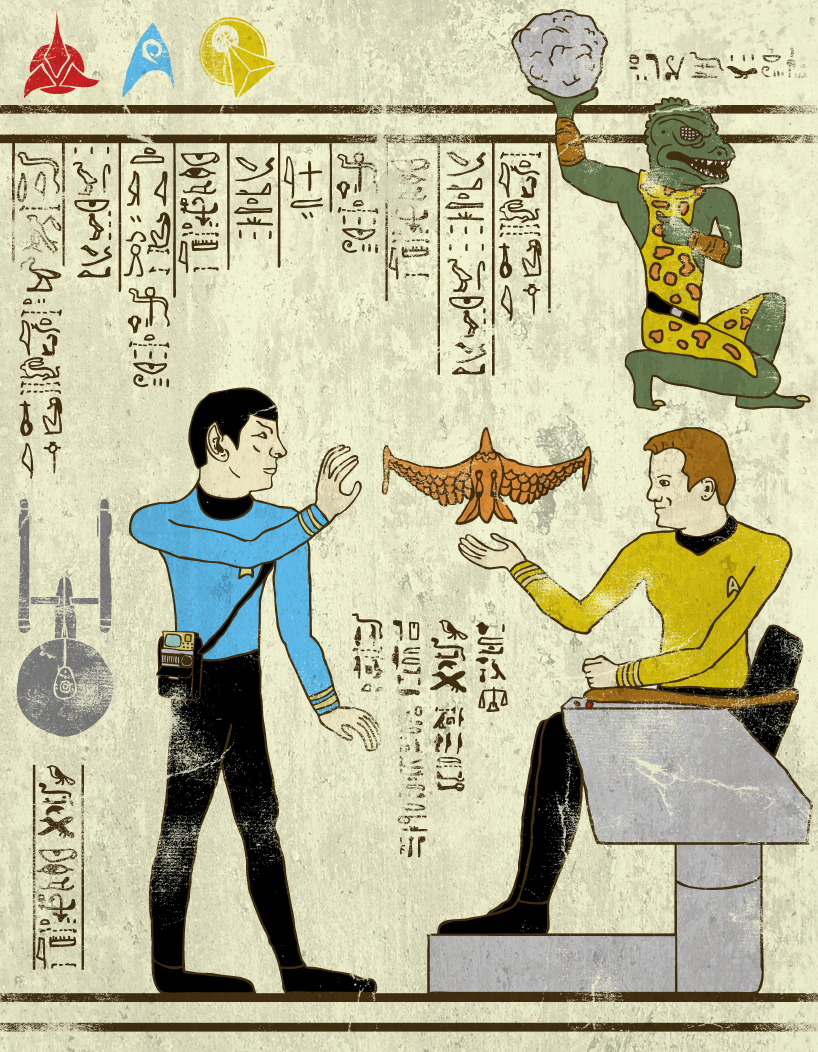 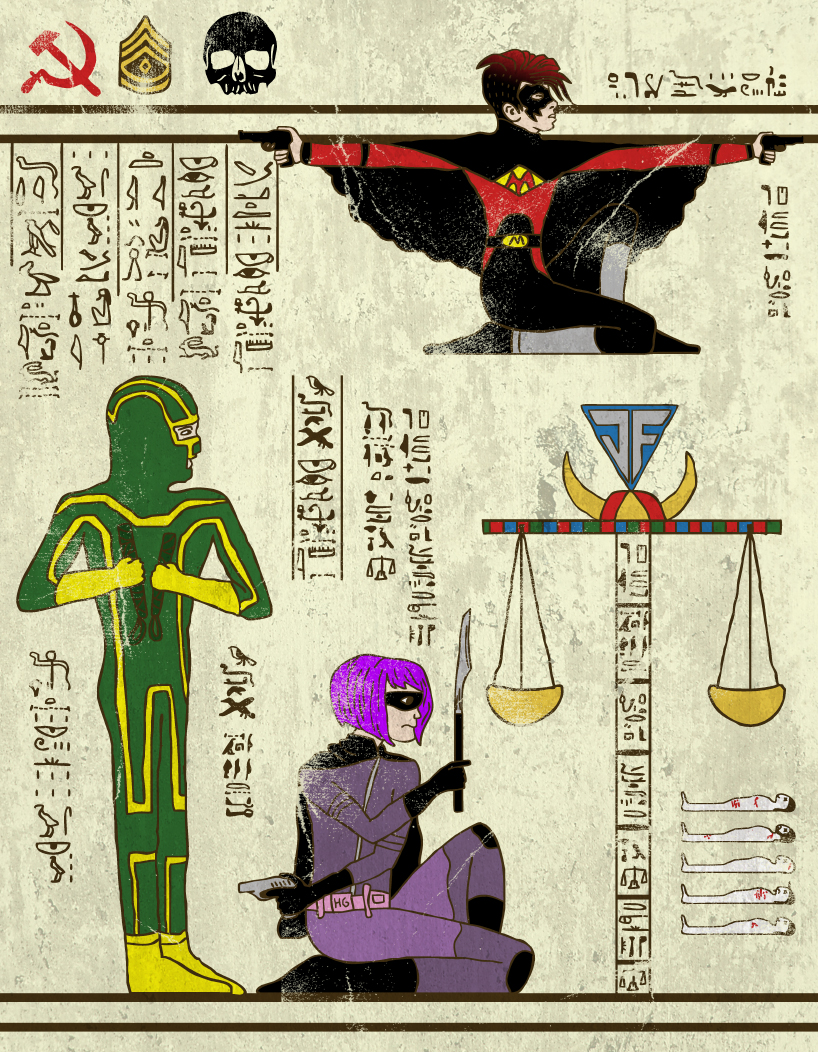 prints along with tees, totes, pillows, etc. can be found at  society6 and bza.