hiroshi senju is a japanese painter known for his large scale waterfall paintings. the artist is commonly referred to as one of the masters of nihonga painting, a style which emphasizes traditional japanese methods and materials. hiroshi senju was born in tokyo, and after graduating from the tokyo university of the arts, rose to prominence in the 1990s with a distinctive technique that conveyed the movement and scale of waterfalls in motion. the artist works with washi paper and natural pigments, which he sources from all over the world, to create captivating paintings that seemingly draw viewers into the scene. ‘I use water and gravity and paint waterfalls,’ he describes. hiroshi senju is one of the few remaining masters of this style, which puts an emphasis on long-established japanese traditions and artistic mediums. 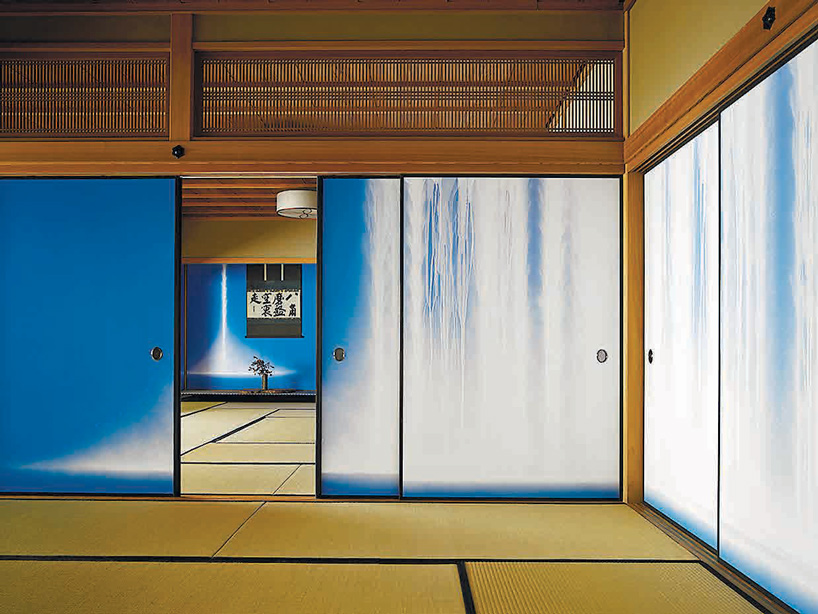 hiroshi senju received an honorable mention award at the 1995 venice biennale, and returned 20 years later to present two contrasting works, ‘ryujin I’ and ‘ryujin II’. in 2011, an institution dedicated to the artist opened in karuizawa, nagano prefecture. designed by architect ryue nishizawa, one half of SANAA, the museum utilizes the natural elements of the site as a backdrop to the pieces displayed. this summer, two major new exhibitions showcasing senju’s work will go on view. 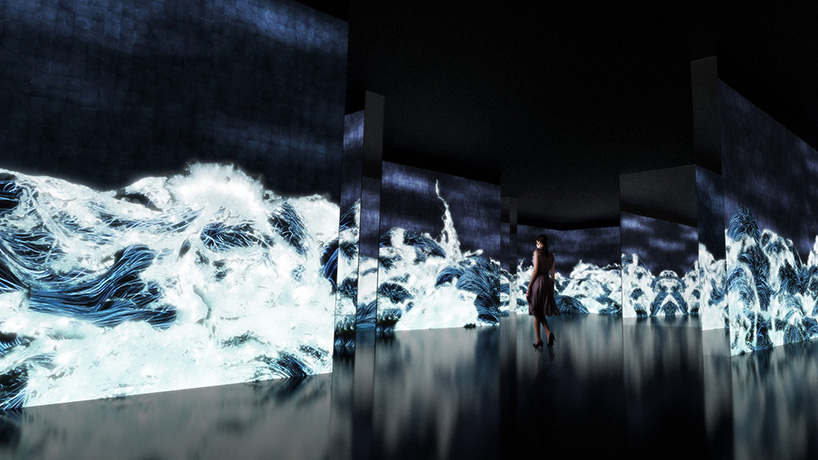 hiroshi senju collaborated with teamlab on ‘waterness’ at the dojima river forum from july 14 until sept. 2, 2018
image courtesy of teamlab

in osaka, hiroshi senju has collaborated with japanese art collective teamlab for an exhibition titled ‘waterness’. on view at the dojima river forum from july 14 until september 2, 2018, the immersive installation will see teamlab bring senju’s ocean waves to life through a digital artwork. 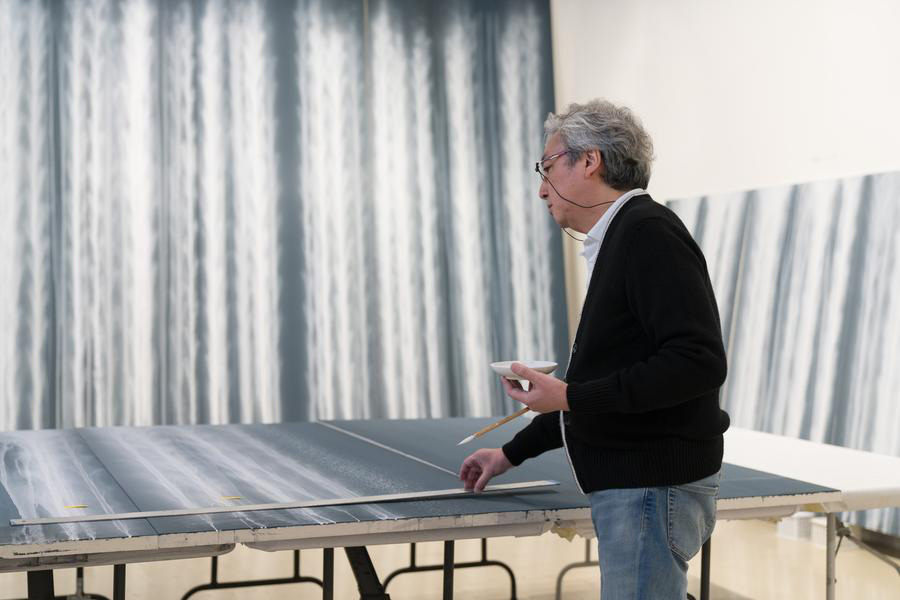 meanwhile, from now until july 29, 2018, an exhibition commemorating the japanese artist’s fusuma paintings for the rebuilt kongobuji temple will be displayed at the toyama prefectural museum of art and design. the kongobuji temple — a sacred site in shingon esoteric buddhist — commissioned sliding door paintings by the artist. this exhibition also includes a selection of senju’s major works to date, offering a broader look at the artist’s work and a window into the world of an artist constantly searching for new possibilities in japanese painting. 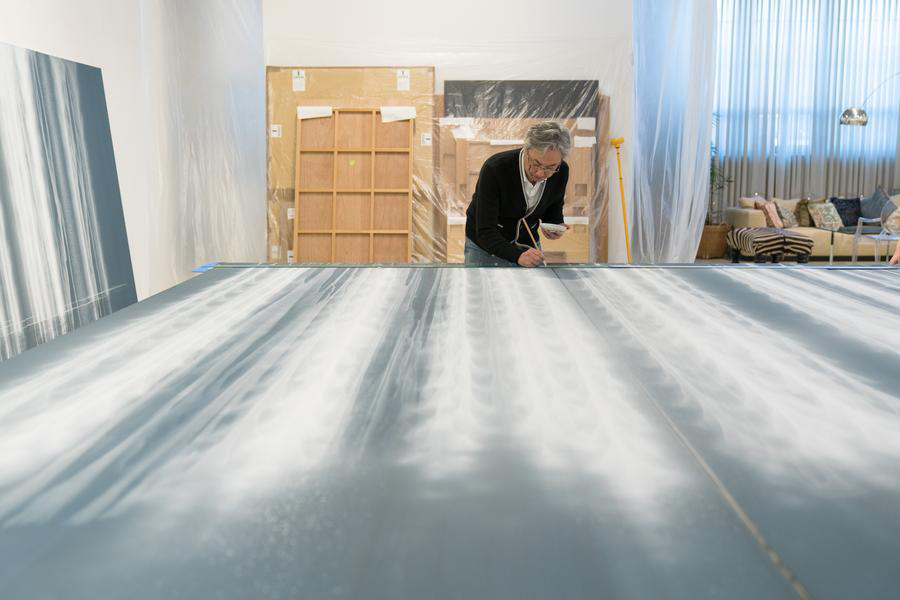 this particular painting will be 3.6 meters tall
image © hiroshi senju 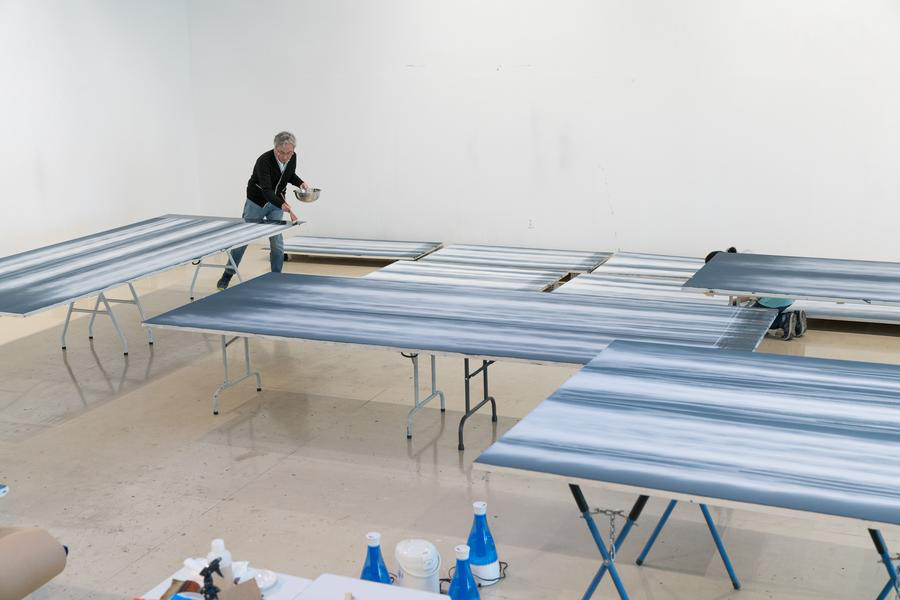 each of the painted panels are individually numbered
image © hiroshi senju 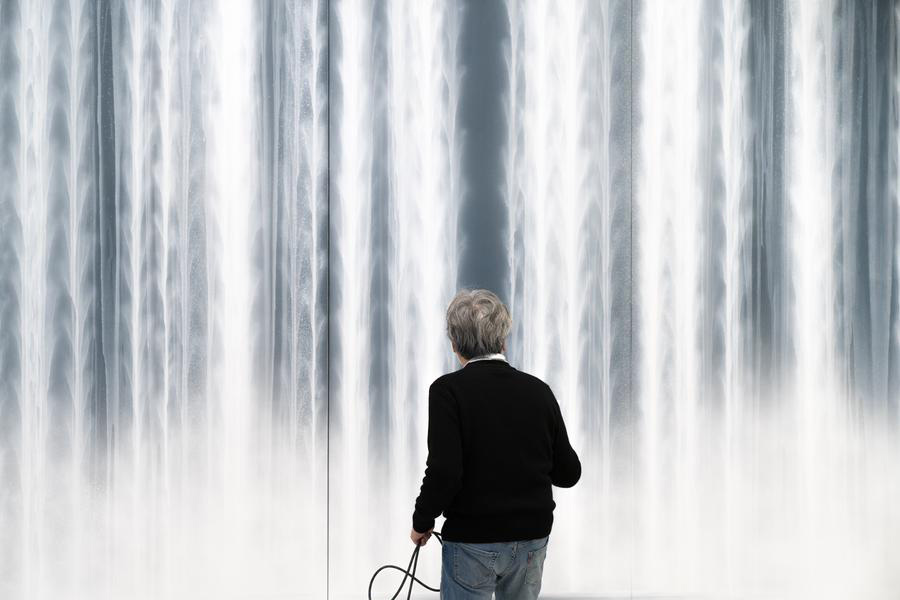 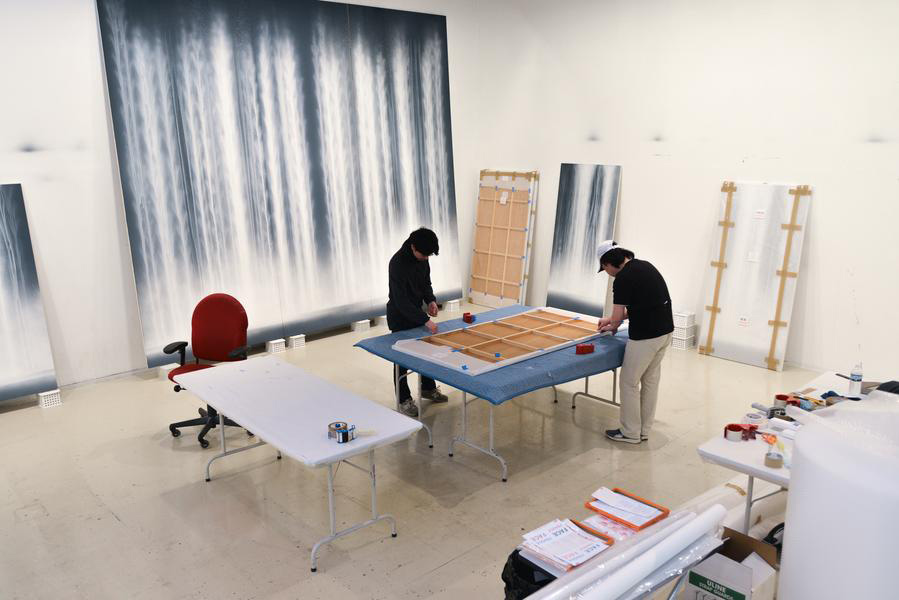 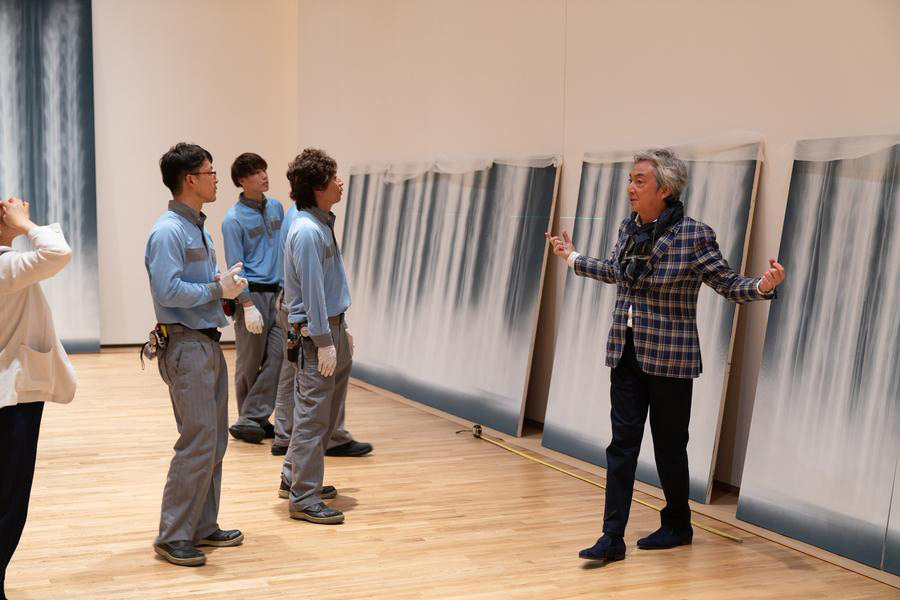 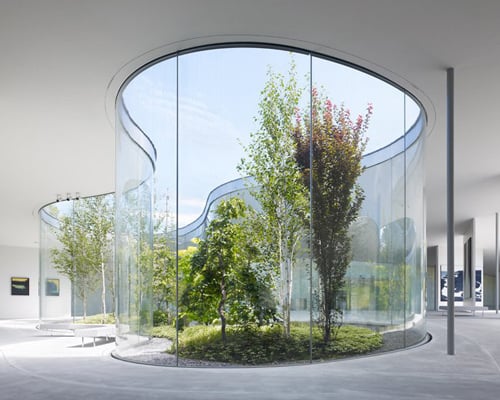