a series of archival images documents an evolution of hokusai’s ‘the great wave off kanagawa’, one of the world’s most celebrated works of art. a recent tweet posted by, tkasasagi, a researcher and ph.d. student in japanese literature, showcases the different waves hokusai drew when he was 33, 44 and 46 years old, before completing the final piece at age 72. 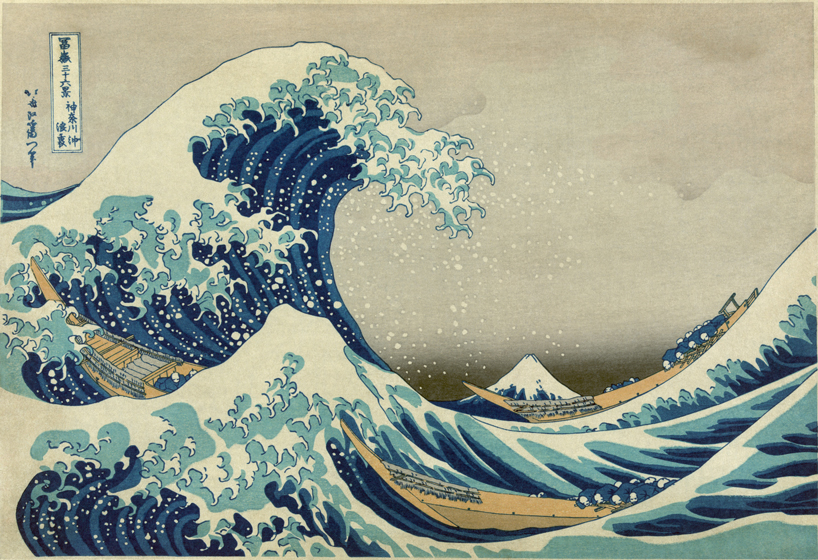 hokusai’s ‘the great wave off kanagawa’ is a woodblock print created during the edo period. it was published sometime between 1829 and 1833 as the first print in hokusai’s series thirty-six views of mount fuji. today it is one of hokusai’s most famous works, and one of the most recognizable works of japanese art in the world. 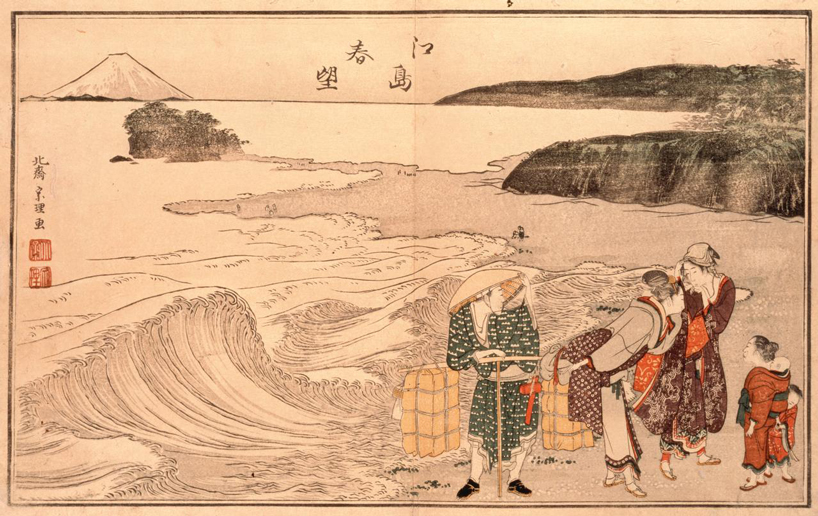 the image depicts an enormous wave threatening three boats off the coast of the town of kanagawa (the present-day city of yokohama, kanagawa prefecture). mount fuji rises in the background, framed by the wave which has been thought to be a either a tsunami or as other critics argue, a large rogue wave. 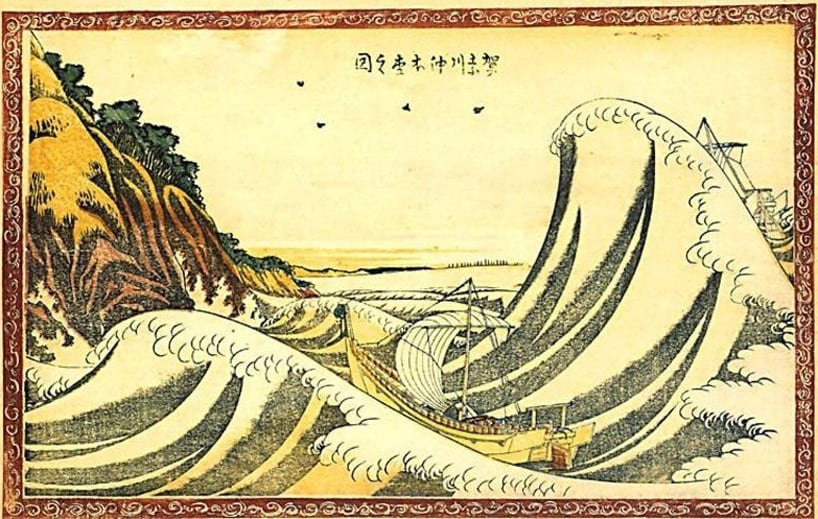 this was not the first time hokusai had depicted this motif. as the tweet shows, hokusai started employing waves as a subject when he was 33 years old. in 1797, he created springtime in enoshima, a woodblock print from his the threads of the willow series. paired with two other similarly themed works hokusai created throughout his lifetime, together they show an evolution of ‘the great wave’. 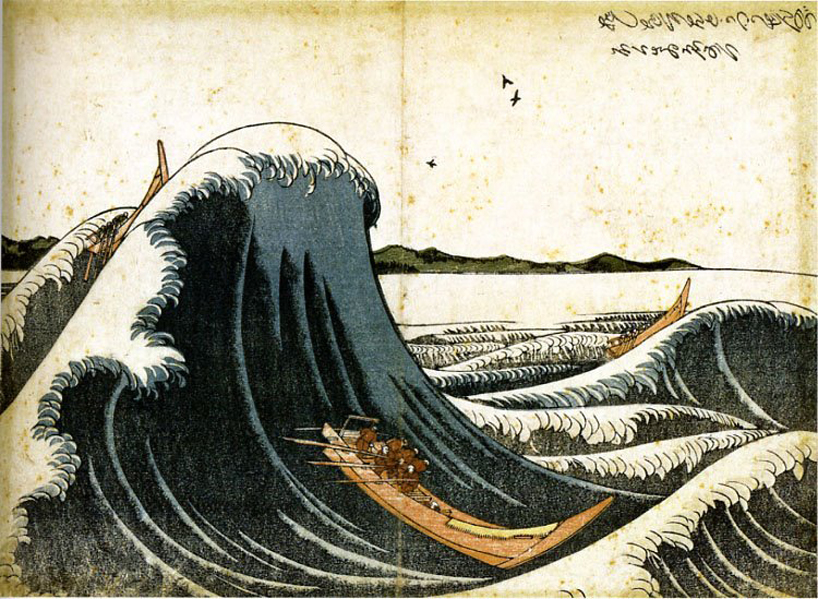 in 1803, hokusai created ‘in view of honmoku off kanagawa,’ depicting a large wave towering over a ship as it sails past its trough. two years after he created fast cargo boat battling the waves. in both precursor works the subjects are in the midst of a storm, but in the latter he returns the cresting wave returns to the left side of the scene. 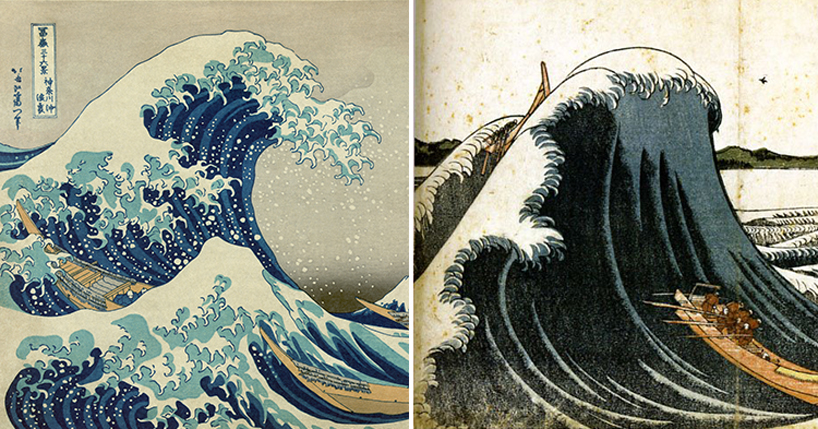 the penultimate version closely resembles the famous great wave although lacks the detail and color seen in the final piece. mount fuji is also missing, the intended focal point in the iconic work of art.