designboom has just received images of netherlands-based artist frank havermans’ outdoor installation ‘creature’ at wan chai visual archive. the artist’s sci-fi spatial structure has been devised as an architectural installation to rest atop a skyscraper in hong kong. ‘creature’ is comprised of sheet metal and other readily available materials, constructed by means of low-tech tools with the help of local metalsmiths. the base of the sculpture is a four-footed metal crane from which an oddly shaped geometric metal component hangs, casting faint, strange shadows on the city below, the entire work rotating on the building’s edge at random. 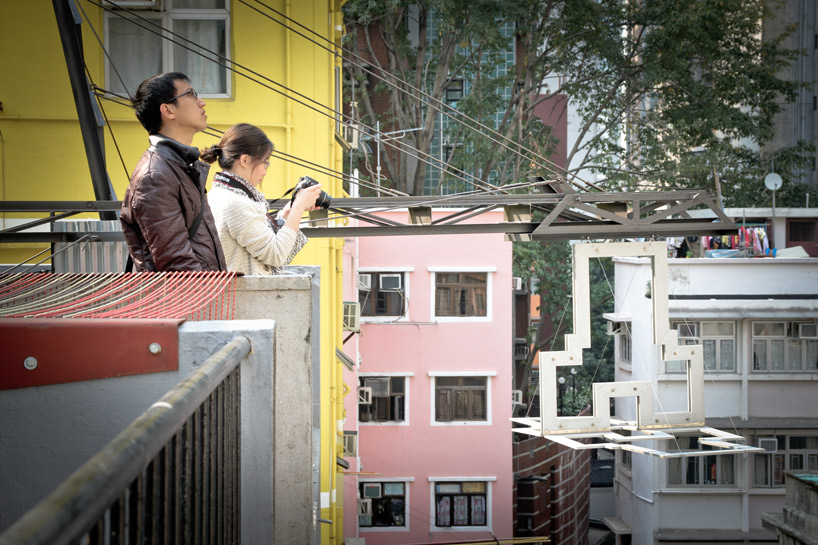 frank havermans’ piece was developed for the hong kong shenzhen bi-city biennale of urbanism and architecture on show until april 23, 2012. the artwork responds to the issues typical to hong kong’s architectural and urban identity, involving all three aspects of the theme for this year’s biennale which is ‘tri-ciprocal cities: the time, the place, the people’. ‘creature’ explores the roof shanties typical to this city’s skyline, re-conceptualizing this particular facet of hong kong’s architecture, forming a spatial representation of the delicate balance between development and new urbanism with proper housing for its inhabitants. 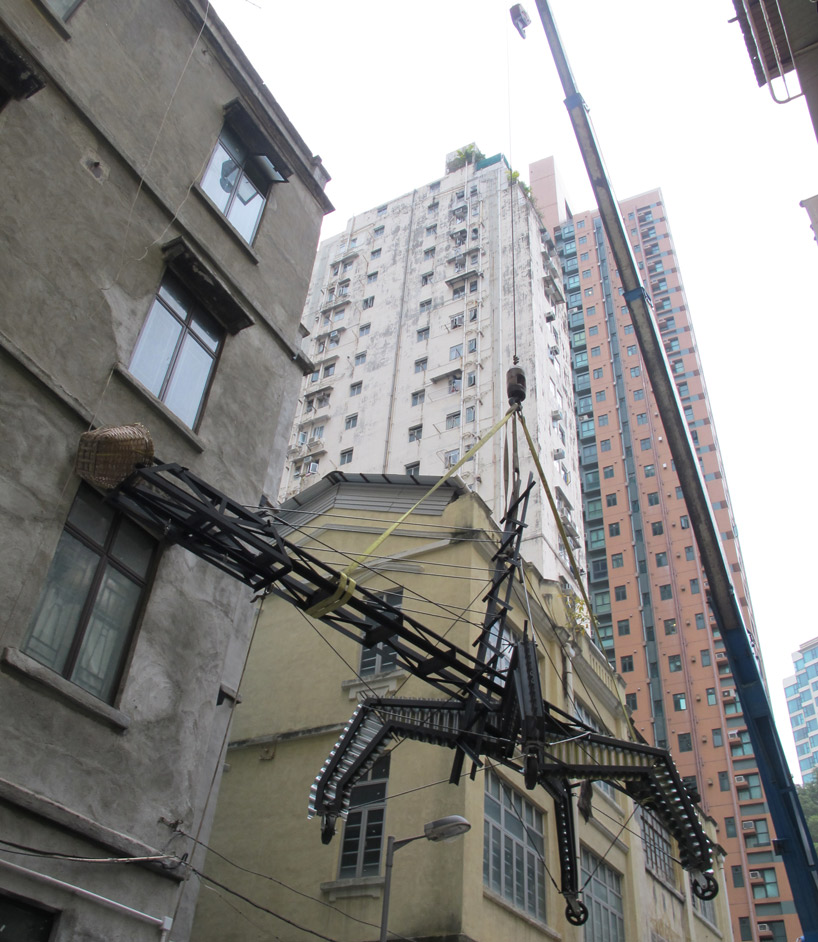 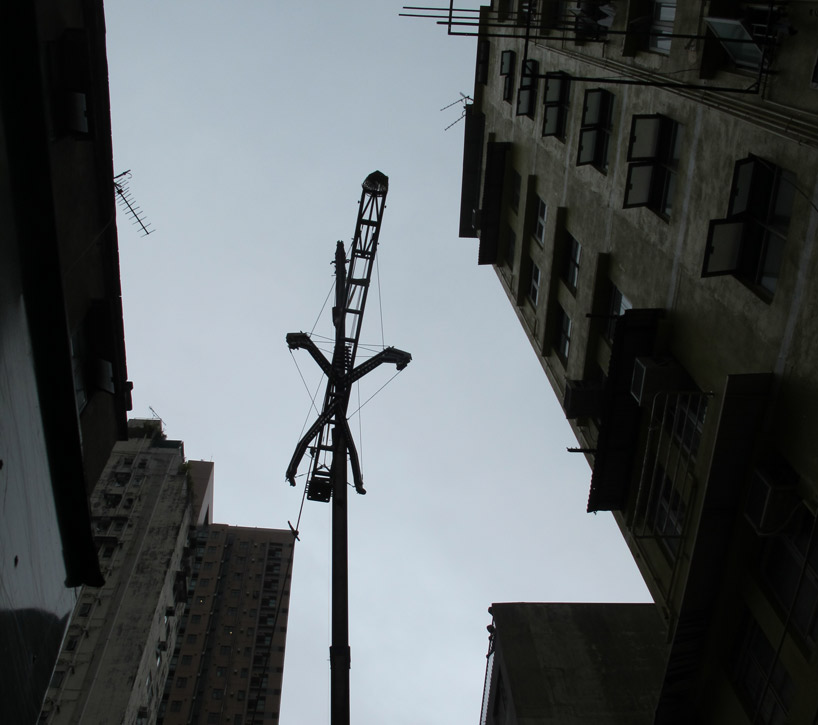 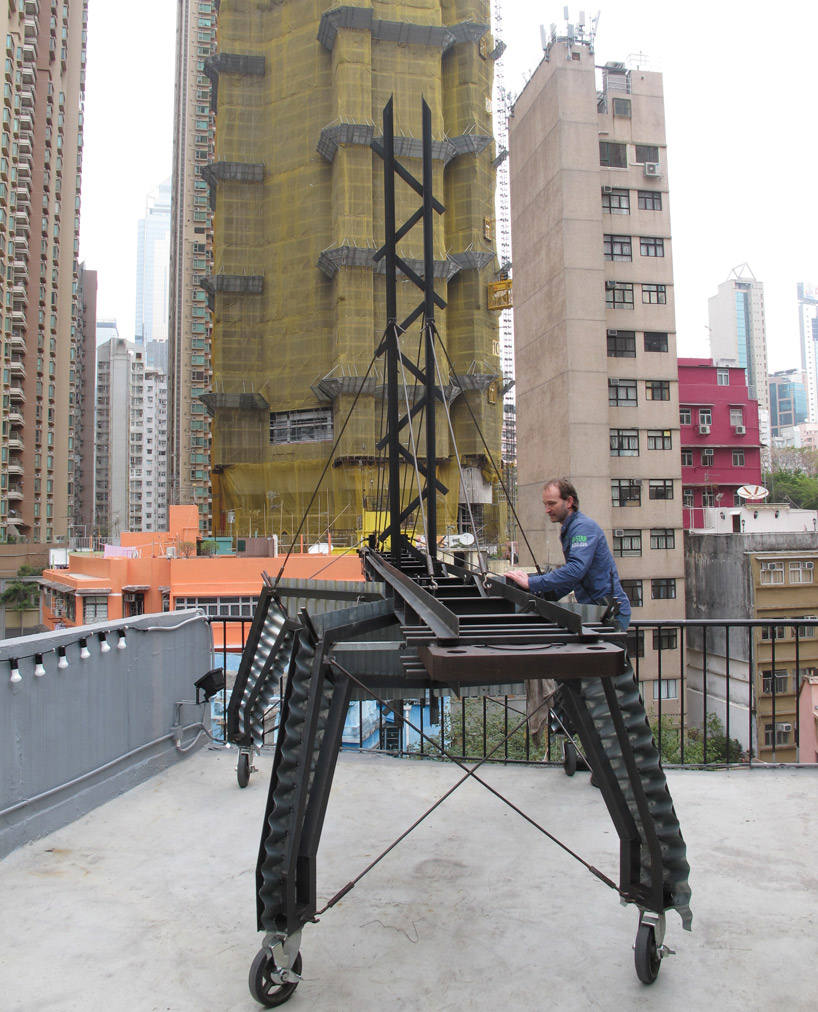 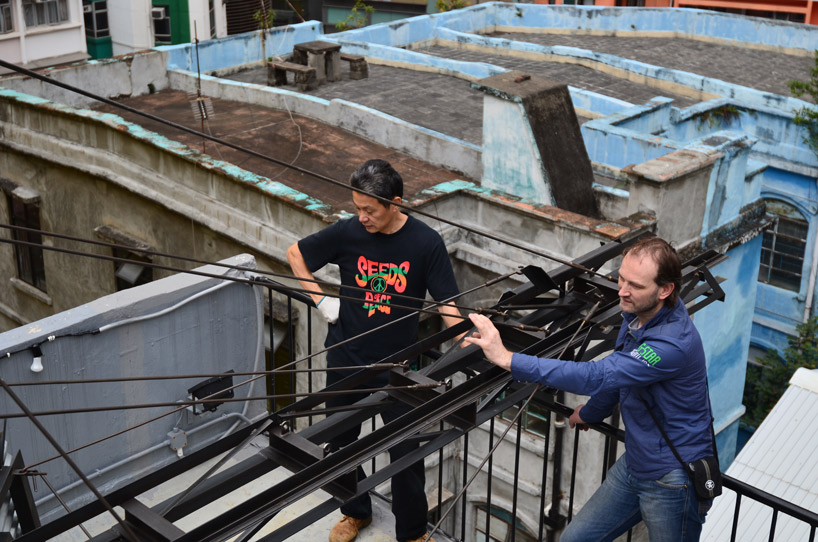 a film explaining the development of ‘creature’ 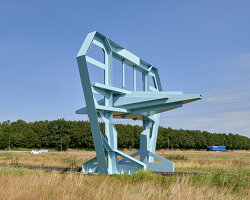