combining traditional, asian-influenced motifs and contemporary public art practices, chinese graffiti artist hua tunan has painted the image of a roaring tiger with gold, black and white pigment. rendered on a towering canvass wall, tunan (previously featured by designboom for his vibrant leopard portrait here) has formed the monumental image by spraying, throwing and catapulting different hues onto the solid surface, where the layered textures become an integral part of the final result. the performance-like personality of the painting process, characteristic of the artist’s overall approach, lends itself to a chaotic yet controlled composition where the animal image is formed by the fusion of various textural qualities. from sketch book to pen to paint brush, the work takes shape over the course of multiple trials and techniques, finally forming the dynamic image of the dangerously-realistic wild creature. 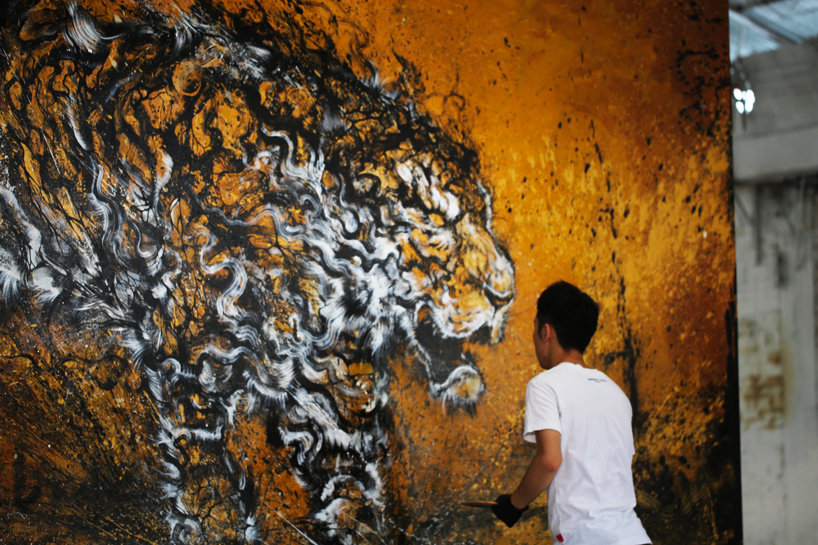 layered textures become an integral part of the final result 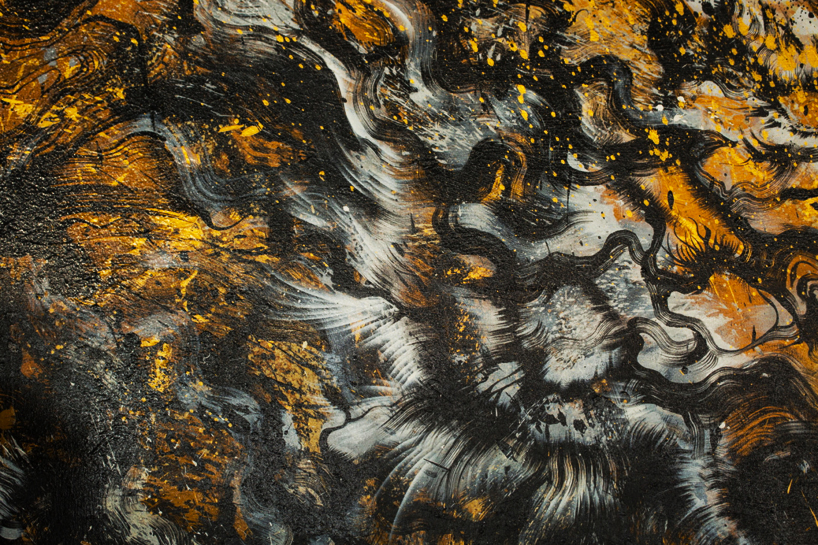 black, white and gold brush strokes are both chaotic and controlled the image of the tiger becomes clear against a gold backdrop 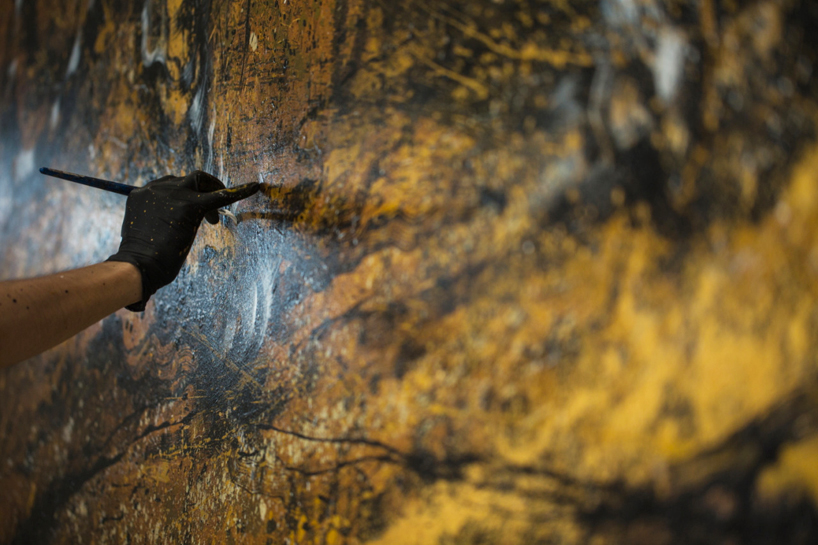 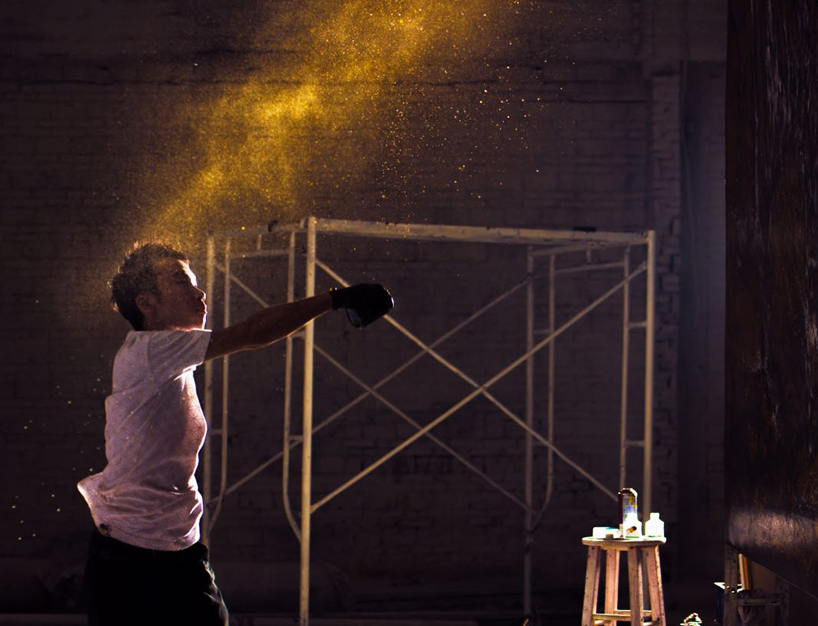 the artist throws liquid paint towards the canvas 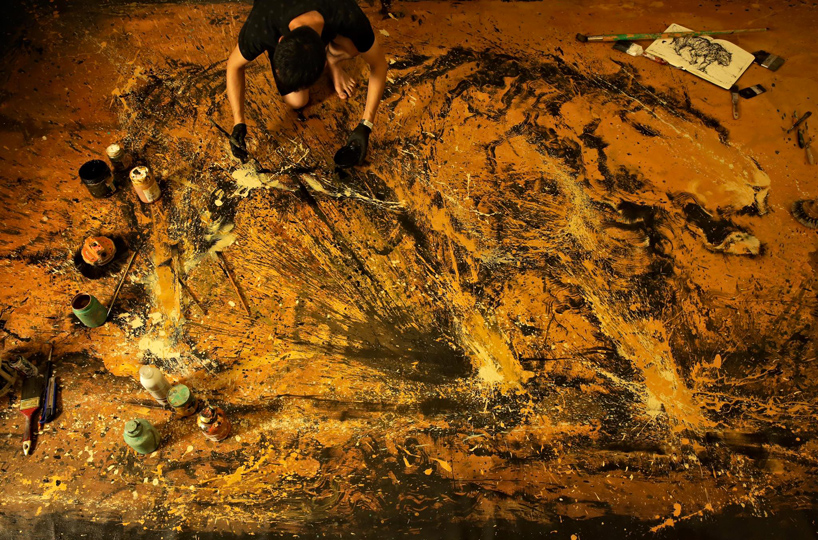 the background is splattered with paint and pigment 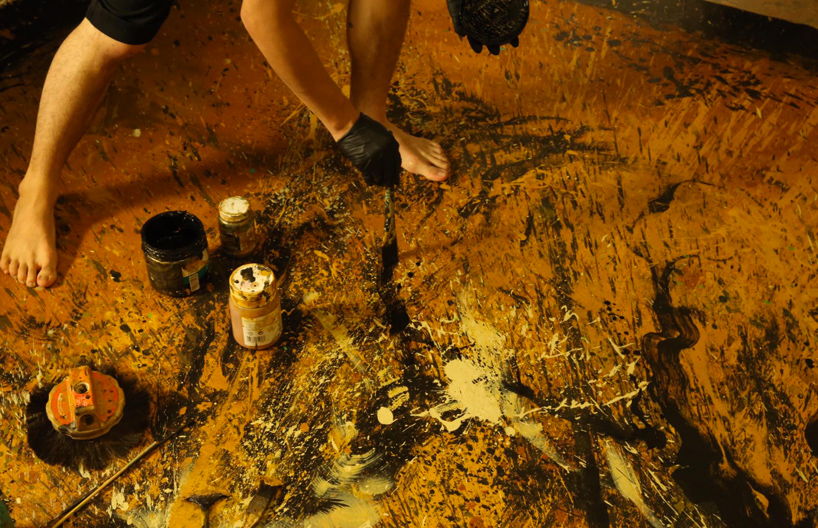 painting the backdrop for the animal composition 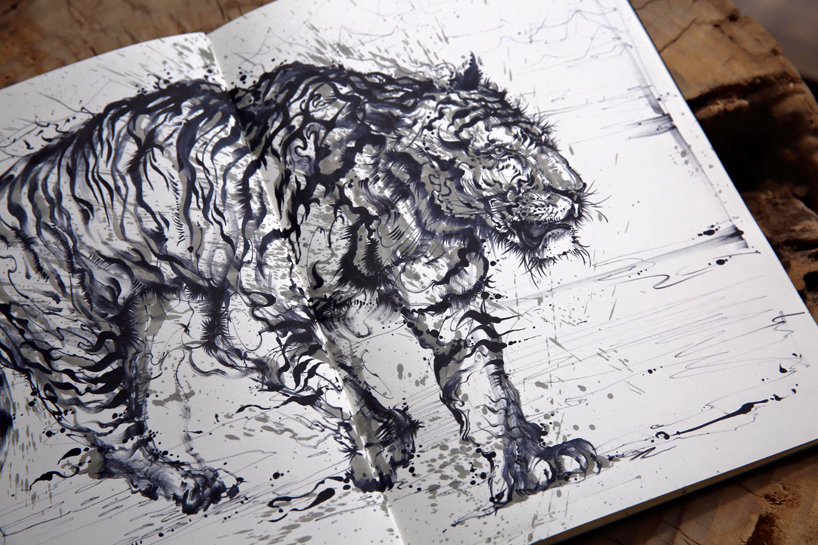 sketches by the artist of the tiger in motion 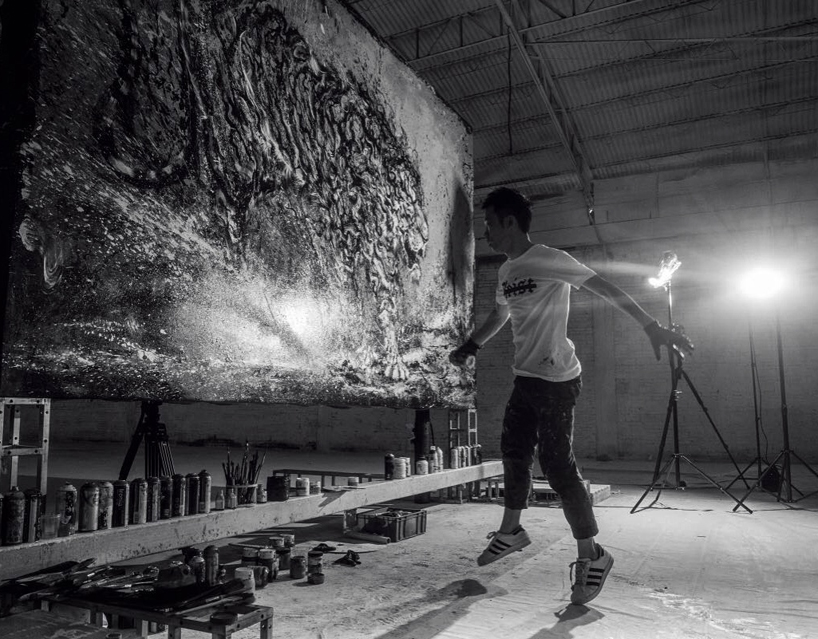 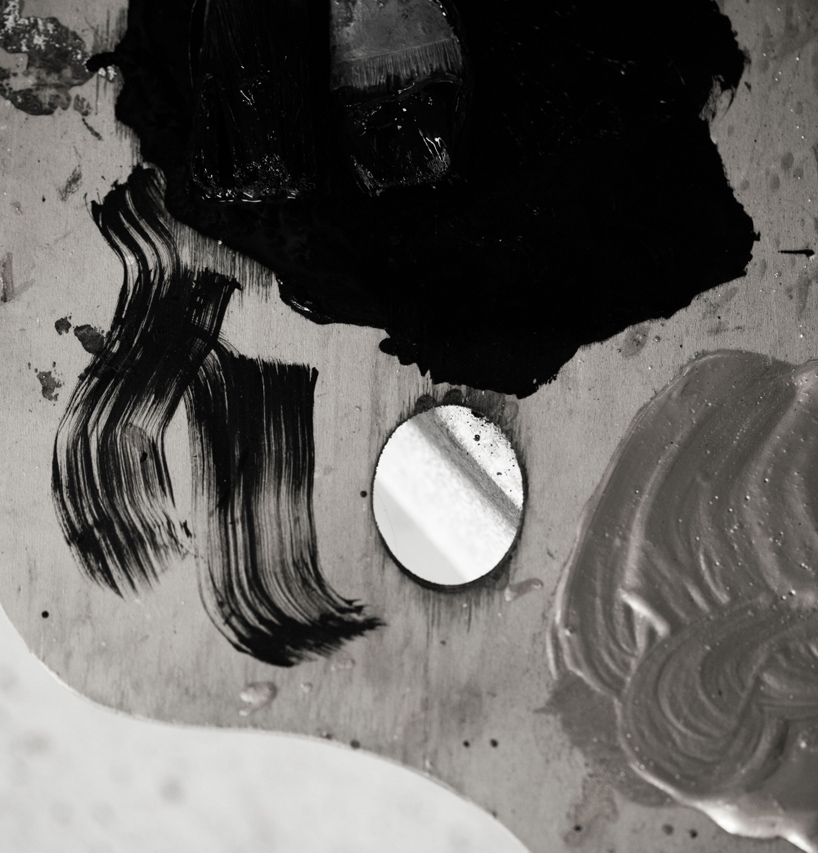