‘ash jesus’ and ‘ash buddha’ are installed face-to-face with one another in ‘east wind, west wind’, a solo exhibition of zhang huan at espace louis vuitton macao image © juliana loh

on now at macau’s espace louis vuitton, ‘east wind, west wind’ by chinese artist huan zhang juxtaposes images and sculptures from materials as diverse as ash, wood, and cowhide, in a solo exhibition that celebrates and interrogates chinese and western cultural beliefs.

in creating his ash works, zhang collects the ashes of incense left by pilgrims at various temples around shanghai, sorting them by colour and shade before compositing them into formal sculptures and paintings. the paintings range from portraits to historical scenes influenced by the tropes of socialist realism.

zhang reflects: ‘to some, ash seems useless and insubstantial; it is a short-lived witness to human spirituality and spiritual practice. to me, ashes carry unseen sedimentary residue, and tremendous human data about the collective and individual subconscious. these ashes embody various elements such as the religious and secular worlds, the hopes of men and women, human piety, spirituality and desire, which are then integrated into sculptures and ash paintings.‘ 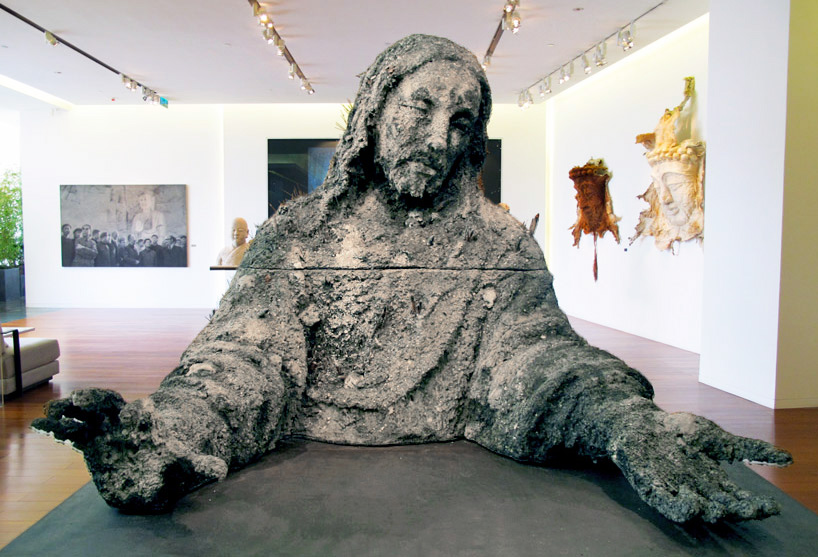 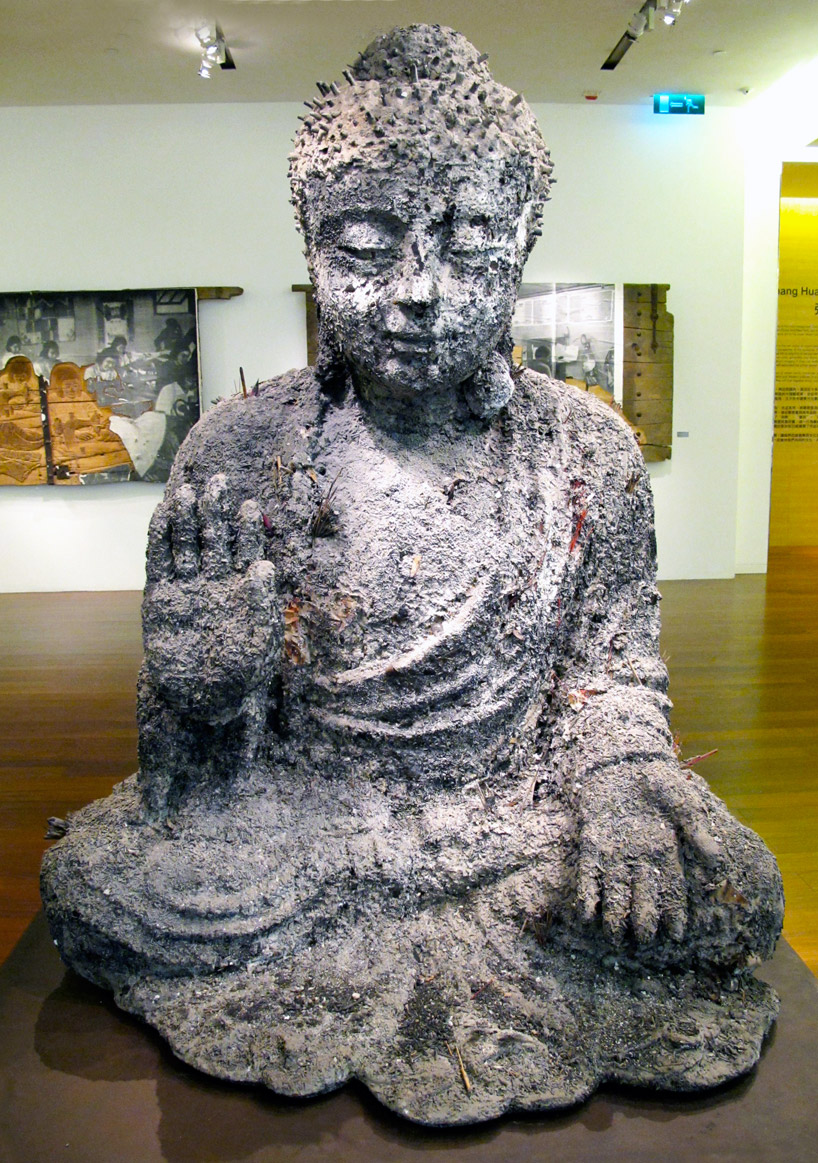 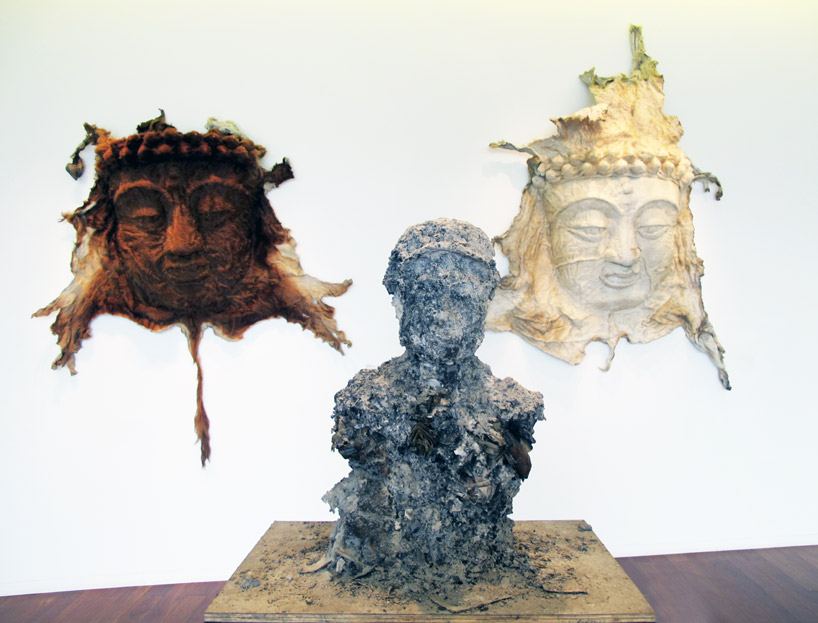 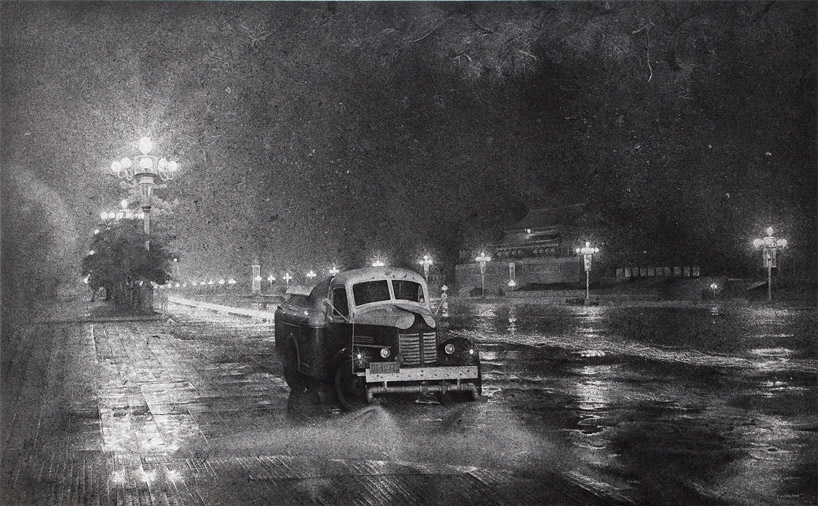 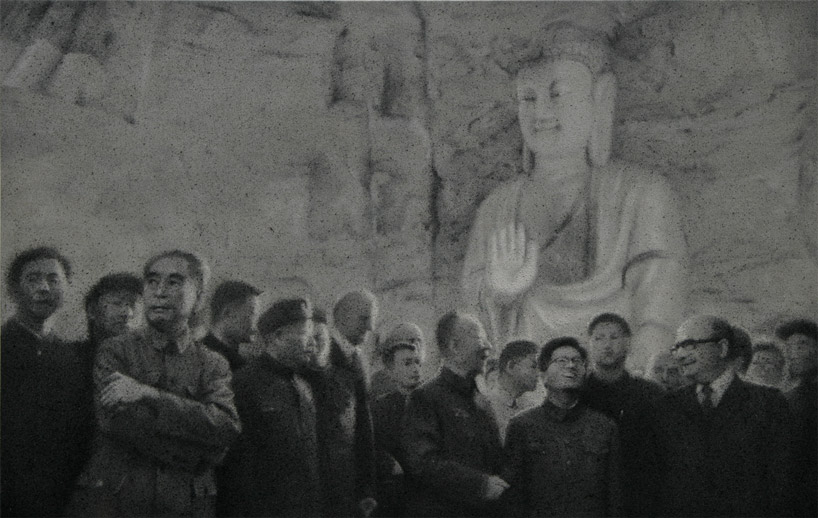 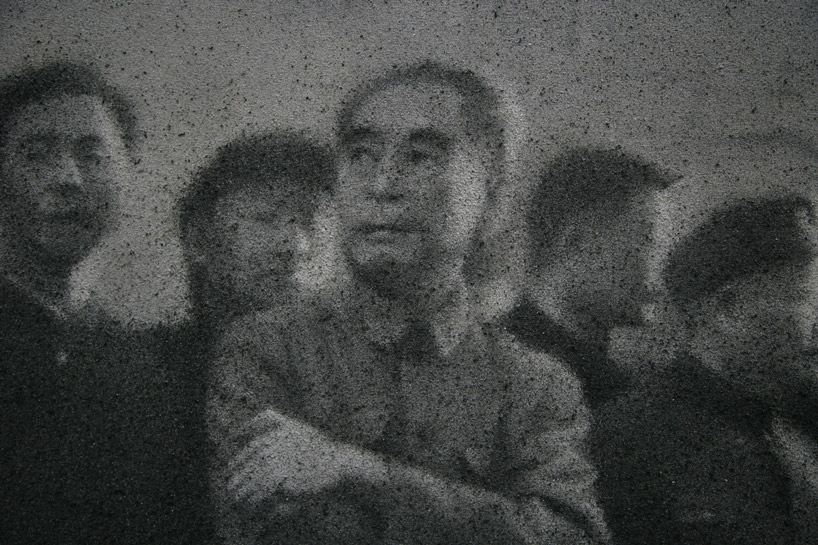 central to the ‘east wind, west wind’ exhibition space is a table, at which zhang’s lifescale ash sculptures ‘ash buddha’ and ‘ash jesus’ seem to converse with one another face to face. smaller sculptures line the sides of the table, while additional pieces and iconographic masks of cowhide hang upon the walls of a small gallery space.

the exhibition also features a series of antique wooden doors onto which zhang has attached silkscreened photographs, whose cut-off images he continues into the wood itself in intricate carvings. 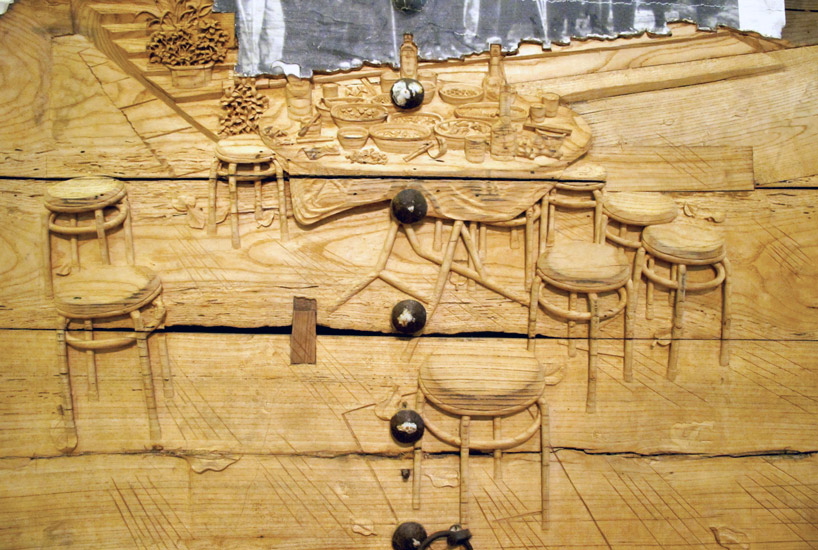 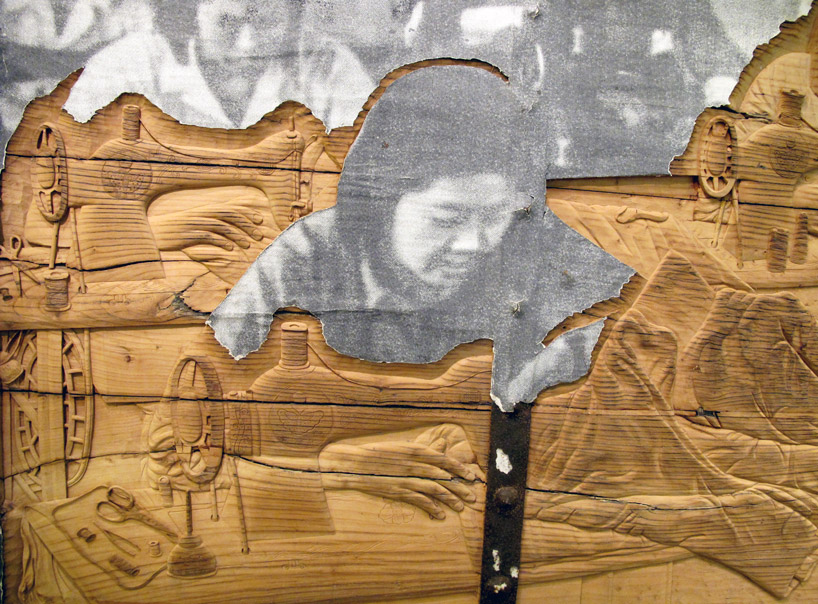 another carved memory door in the exhibition image © juliana loh

the juxtaposition of historical photographs, iconic sculptural imagery, and the handcrafted natural materials becomes not only a conversation between the eastern and western worlds, and which, as zhang states, will ‘prevail’, but also a reflection on memory and the passage of time. 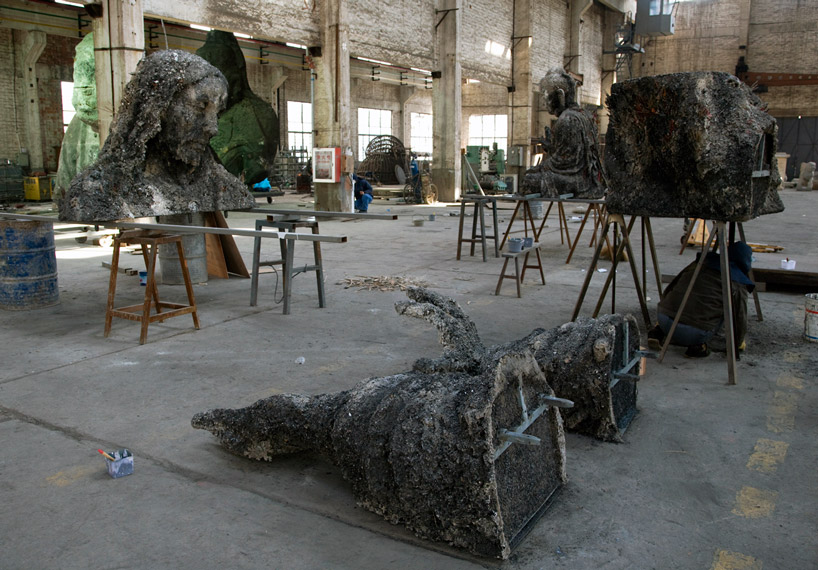