artist hans-peter feldmann, who created the above work for the ‘royal family’ exhibition, has been announced the recipient of the guggenheim’s hugo boss prize for 2010

german artist hans-peter feldmann, winner of the guggenheim’s 2010 hugo boss prize, combines the cash stipend and the exhibition component of the award in an installation in which 100,000 USD in single bills are pinned to the gallery walls.

‘I began making art in the ’50’s,’ feldmann explains; ‘at that time there was no money in the art world. so for me 100,000 USD is very special. it’s incredible really. and I would like to show the quantity of it.’

feldmann insists that the money used for the installation consists exclusively of older, pre-circulated bills. the exhibition, he elaborates, is not a statement about capitalism or power but rather the notion of value in everyday life. the mass-produced images of currency are something that we interact with everyday, each of which has a history of its own, and yet, as the exhibition’s press release states, ‘bank notes, like artworks, are objects that have no inherent worth beyond what society agrees to invest them with.’

guggenheim officials estimate that it will take about 13 days to install the piece. bills will be tacked up vertically, so that only one pin need be used for each; and will necessarily overlap in order to be able to all fit in the gallery space. 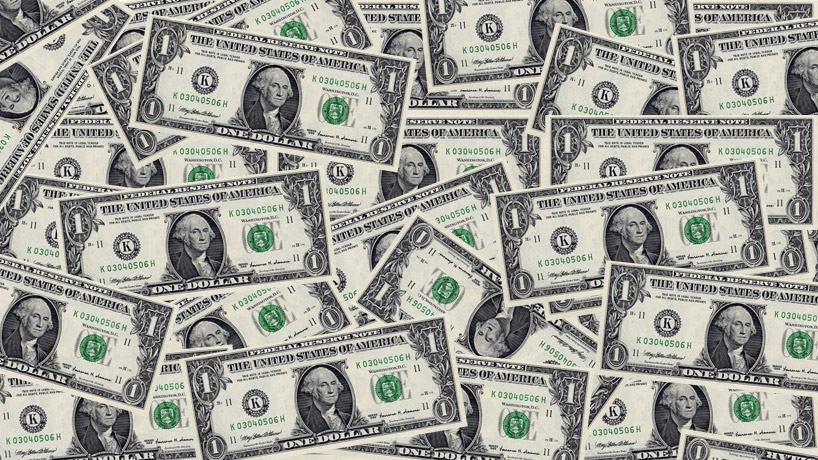 the exhibition is not yet installed but will feature 100,000 one-dollar bills pinned vertically to the walls

feldmann’s guggenheim exhibition for the award aligns with his greater body of work, which frequently divides naturalized wholes into their actual separate components, and examines the nuances of differences across objects with a common theme or purpose. 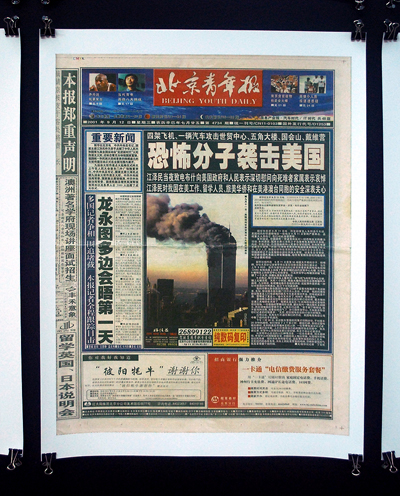