our most recent features of sean yoro, also known as hula, have seen the artist surfing to his canvas, arriving at an abandoned ship or vacant wall by way of sea. these locations and untouched building façades, only accessible by water, became a thematic point of departure for hula’s portraiture — until now.

the hawaii-native’s latest work is realized on an architectural surface, using the inherent structural characteristics of the site to interact with the painting. ‘hahai’, or ‘to follow’, is a large-scale mural of a female figure, painted with a distinct hyper-realism and attention to detail. located along one of the many different pathways found inside the abandoned remains, the painting is pierced by a series arched doorways that open up where the figure’s heart should be — a symbol of the journey into oneself. 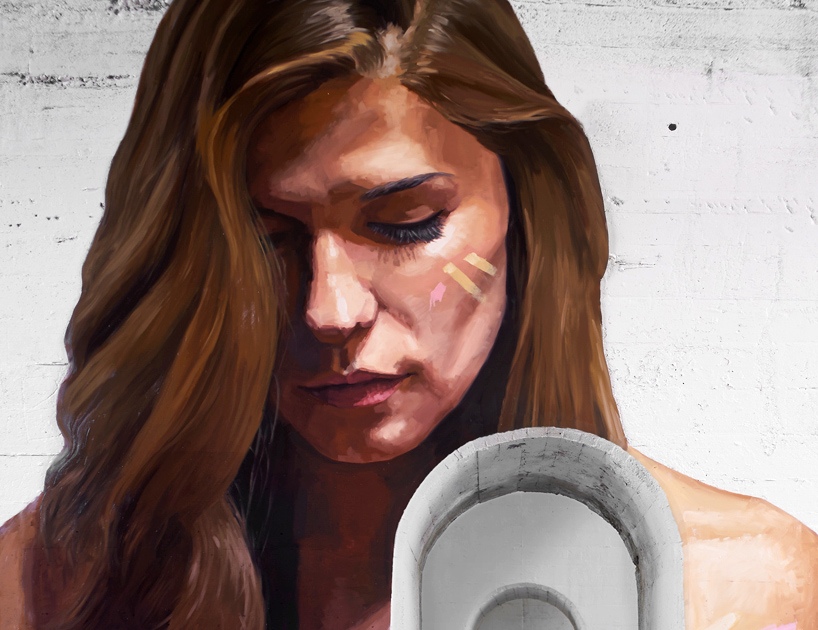 ‘I was inspired by the common phrase ‘follow your heart,’ the artist says. ‘as cliché as it is, the phrase has influenced the paths I’ve taken throughout my life and I realized with all the mistakes I’ve made along the way, the only ones I don’t regret are the ones I stayed true to my passions and listened to my heart.’ 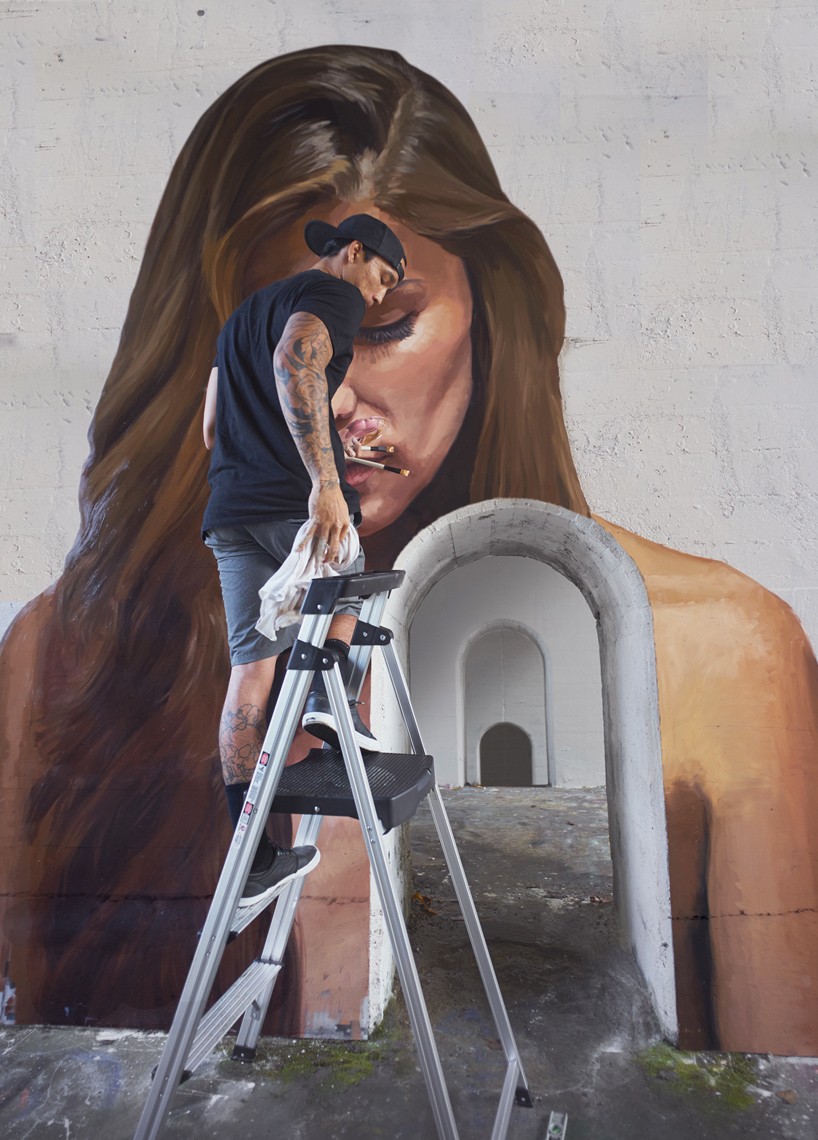 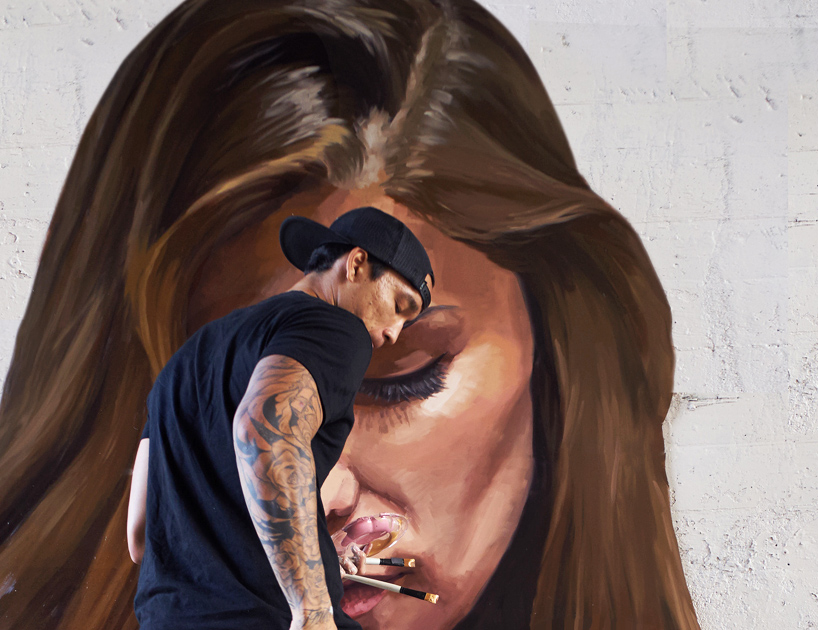 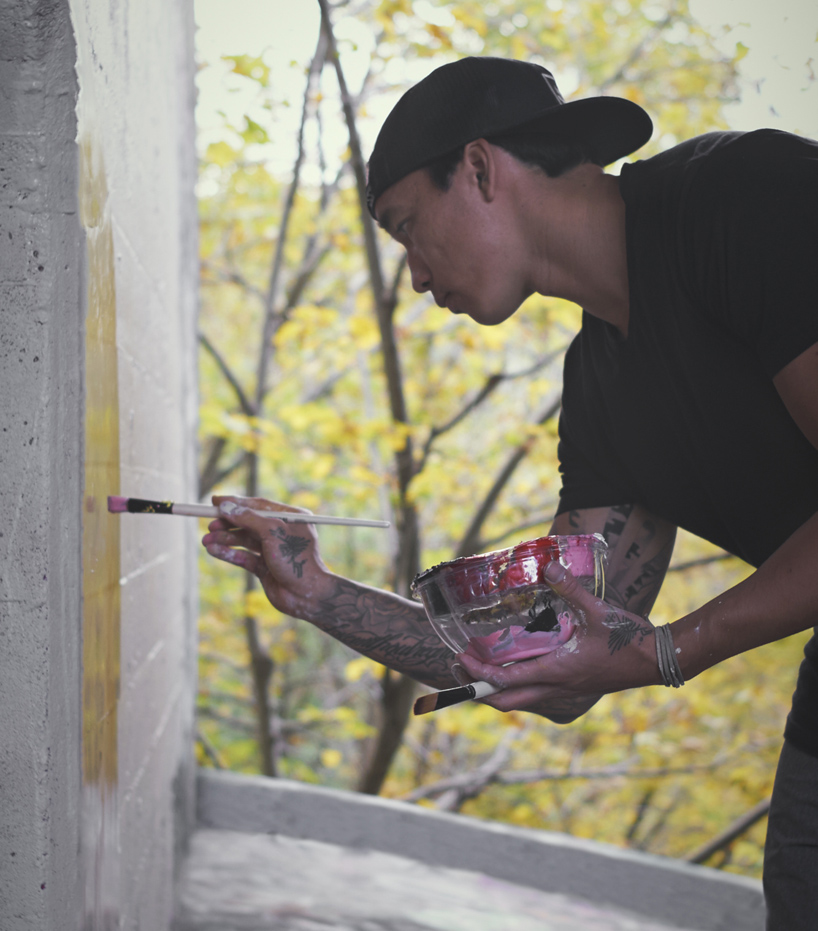 hula painting on the wall of the vacant architectural structure 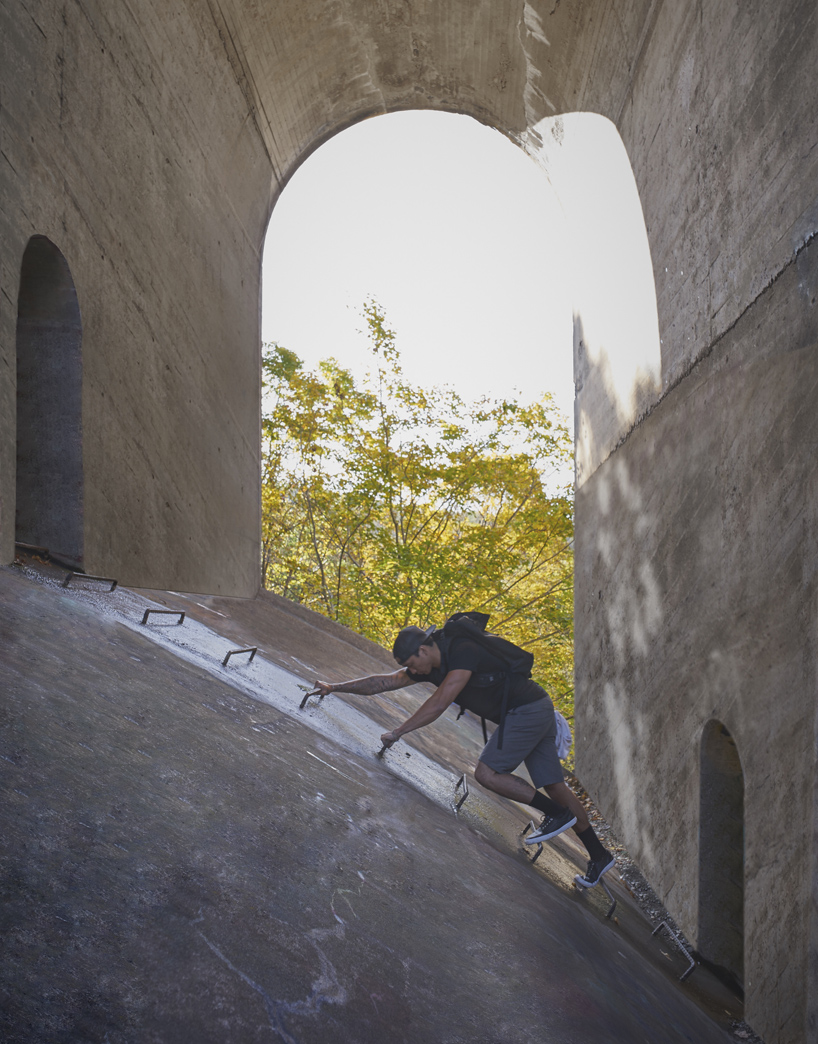 using the building as a canvas presented a new challenge for hula, who we have seen work from a surfboard before 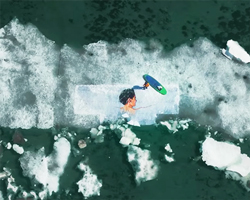 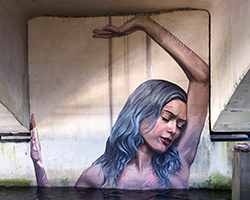 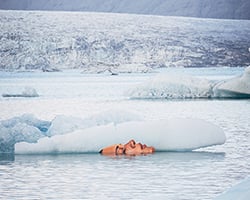 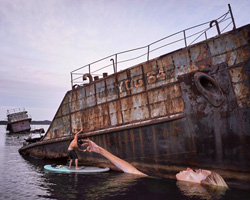 Sep 16, 2015
hula paints a floating female on a sunken ship in hawaii while surfing 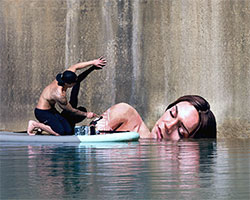 May 26, 2015
hula paints hyper-realistic bathing ladies from his surfboard