historically developed alongside 19th century nationalist movements, ‘mass games’ or ‘mass gymnastics’ are group performance events involving the synchronized motion of thousands of performers, often in which performers collectively create large images in a human mosaic delineated by the colour of their dress or the holding up of coloured cards.

among the world’s mass games, those opening the arirang festival in the north korea are the largest and most impressive. the two-month cultural festival celebrates the birth of kim II sung and opens with a ‘mass games’ that sees 30,000 schoolchildren serve as the changing backdrop to performances including dance, flag-waving, and music.

the images are created by the combined effect of each person raising the appropriately coloured pages in a book of printed sheets, at the appropriate time. many of the pictures carry rich symbolism in colours and form, including of course that of the rising sun, which classically symbolizes kim II sung. individuals are selected for participation in the festival as early as age five, in effectively full-time work that continues for much of their lives.

german film director and photographer werner kranwetvogel attended the festival in 2005, taking the photographs seen here, which are published in the photo book ‘a night in pyongyang‘ and as photographic prints. 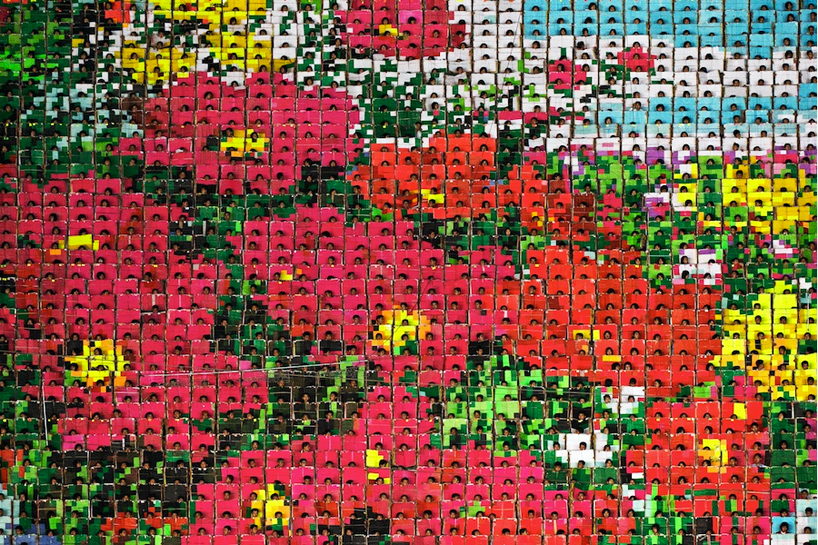 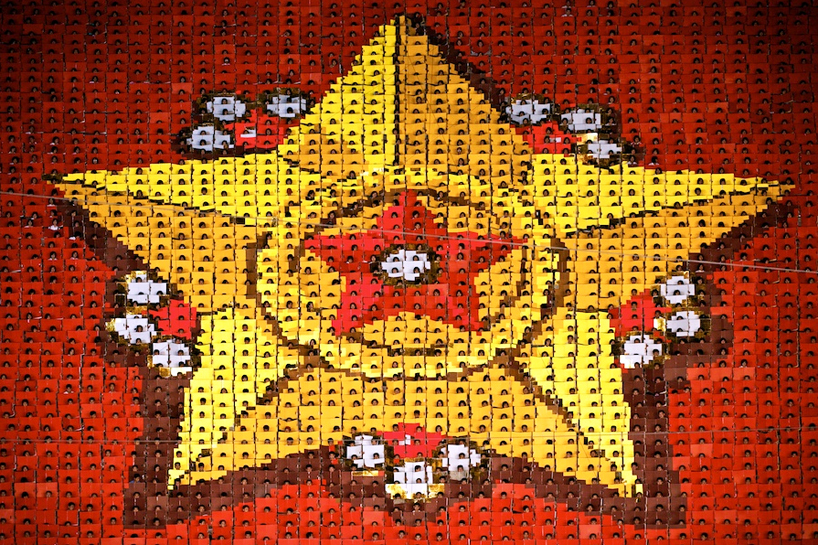 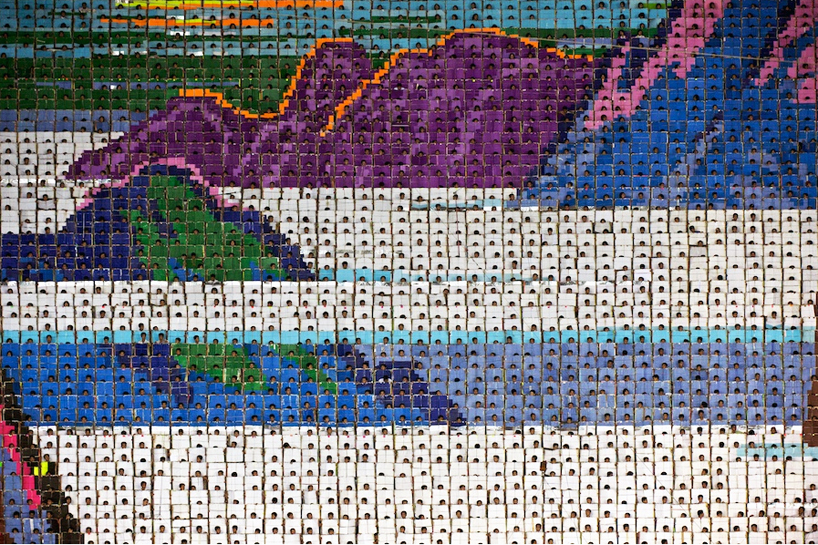 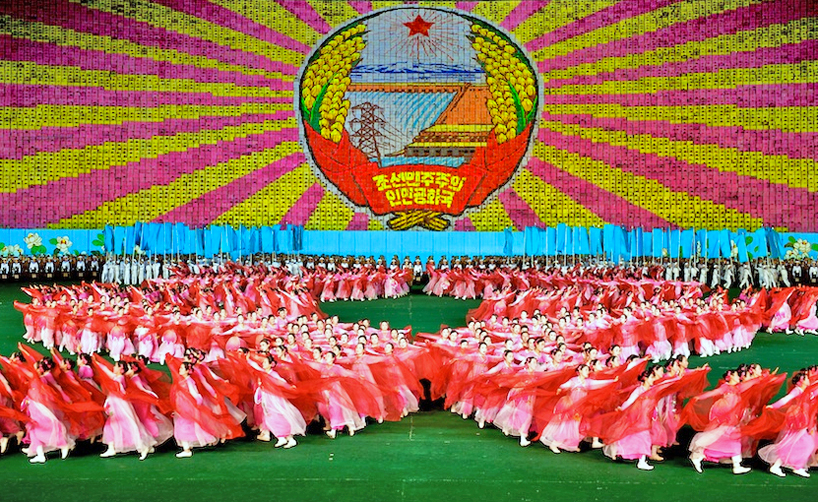 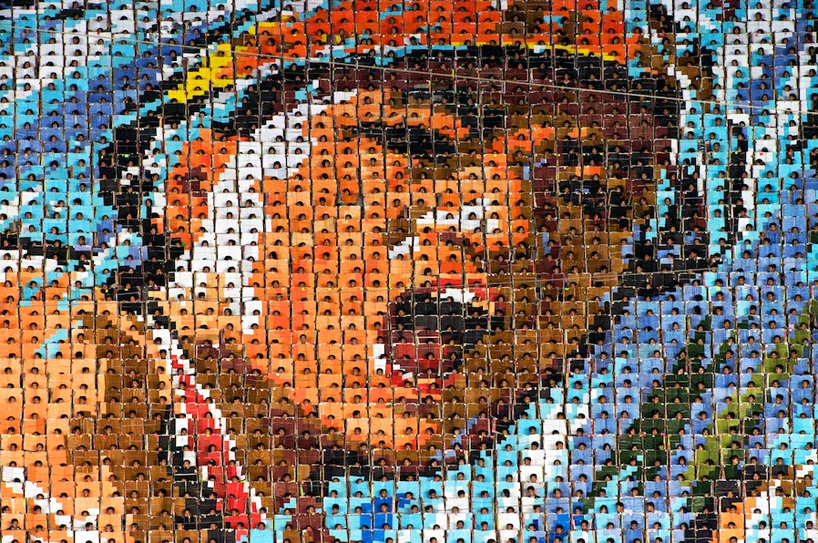 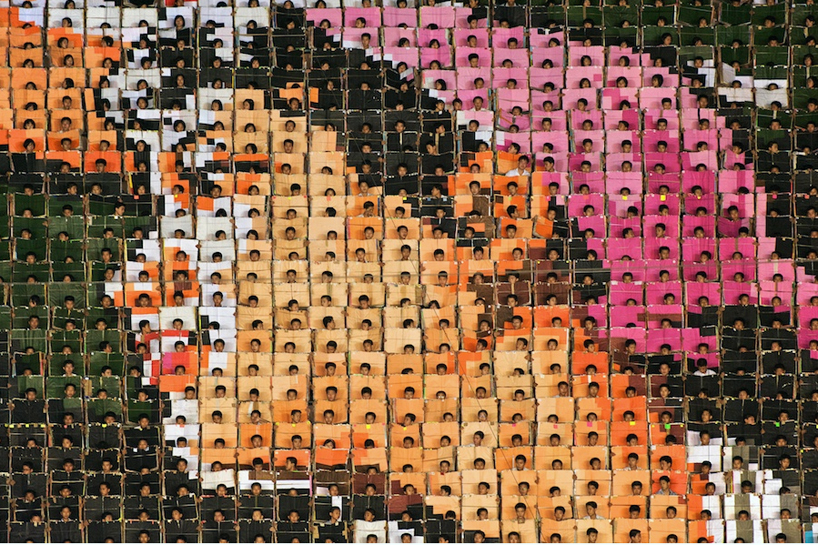 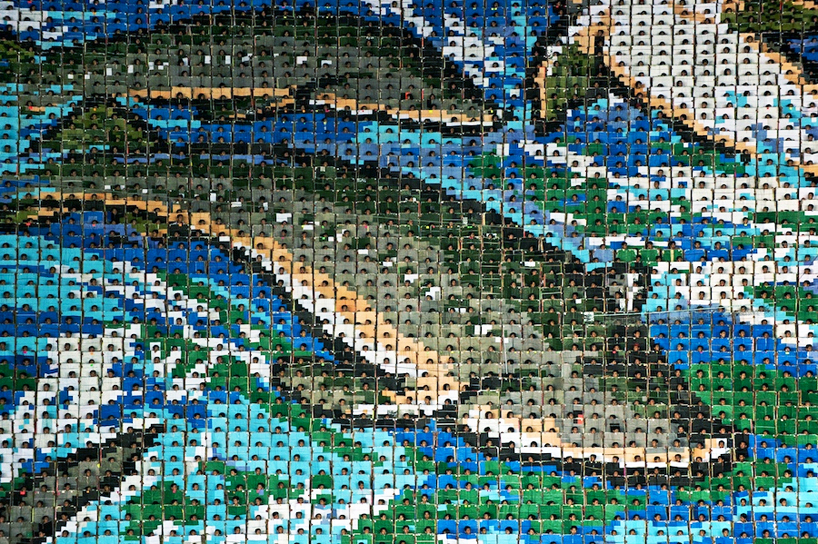 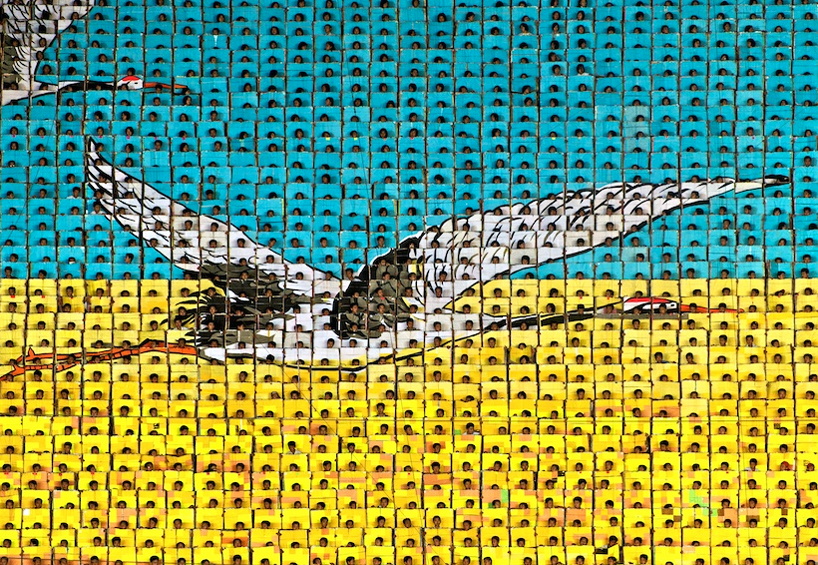 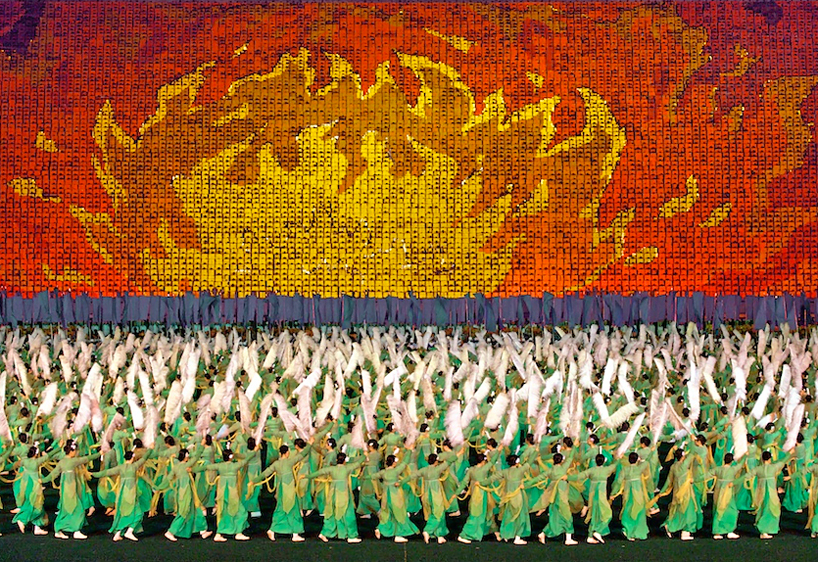 a performance in progress 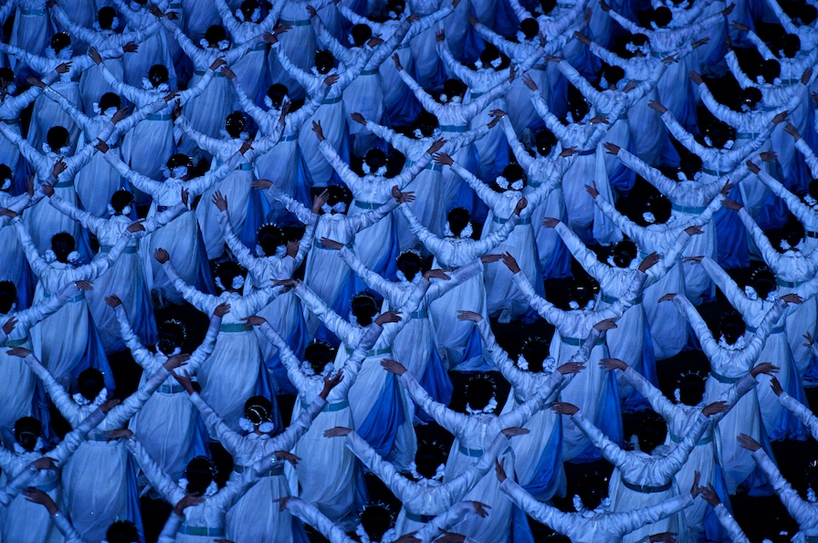 performers on the ground 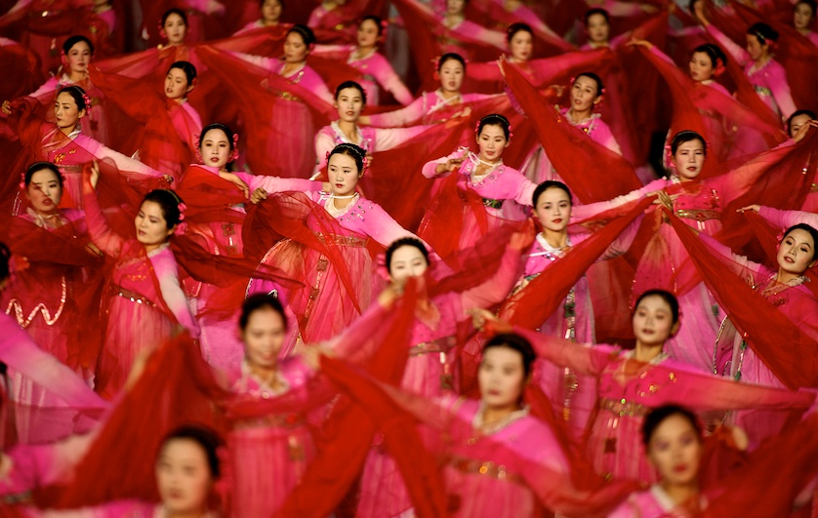 traditional dancers on the ground 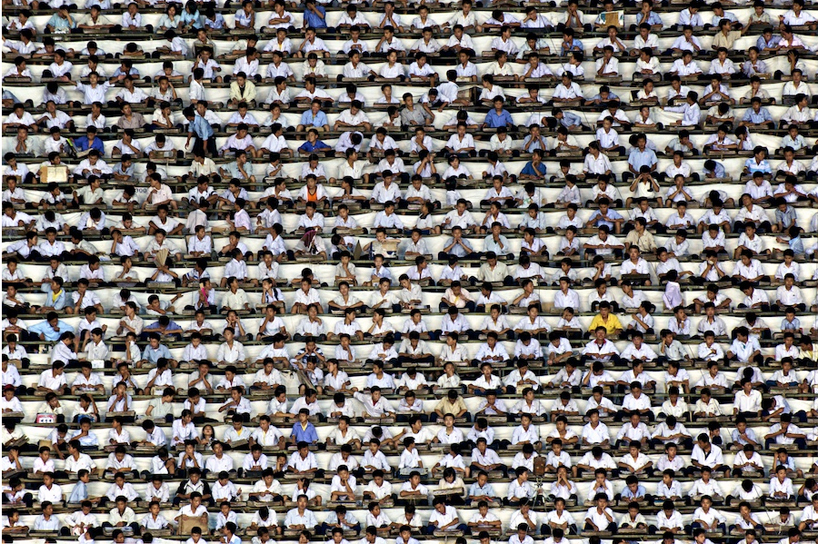 view of the ‘backdrop’ performers in between images