under the guise of ‘hungry boy’, aaron bernstein has created a series of images to celebrate the culture of manhattan. the new york city-based photographer has selected a collection of foods that are synonymous with the city, and encased them each in a block of ice. the work has been created in response to the rapidly changing food scene in the face of the city’s never-ending commercial gentrification. 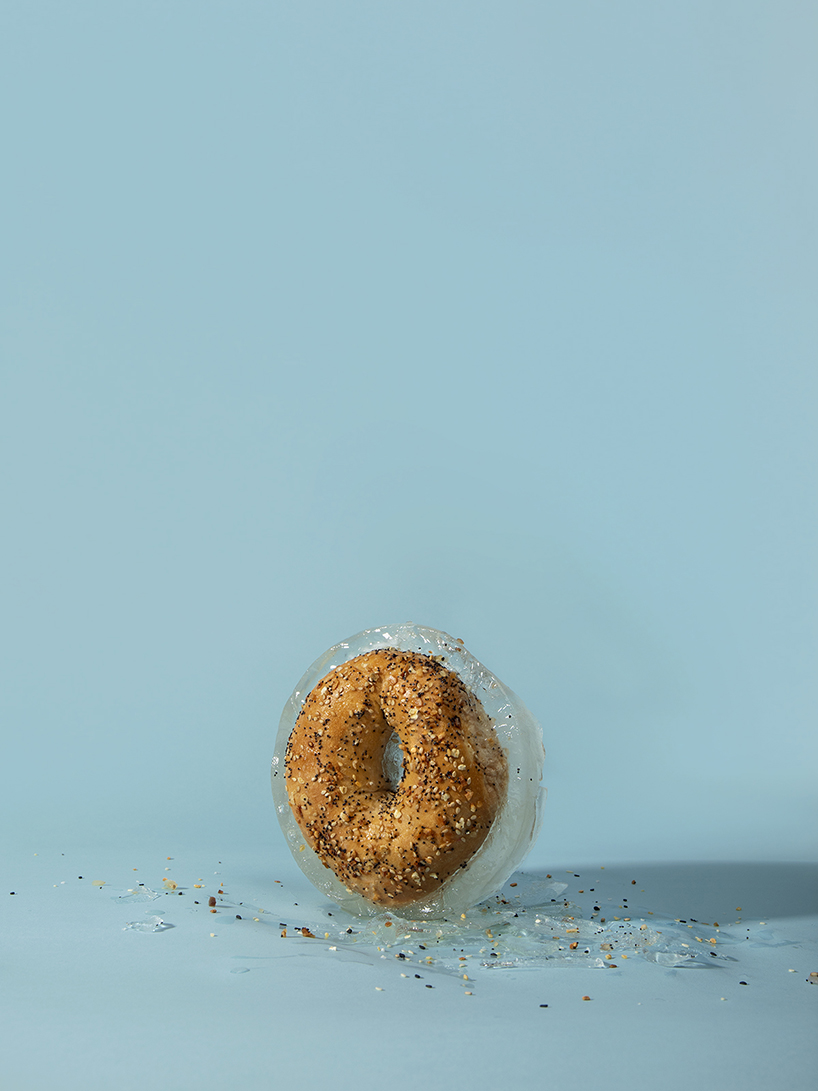 within these ten photographs, bernstein has selected foods that have either been invented in the city or sourced from somewhere local known for that item. as a city that is known for it’s vast array of restaurants and bars, the series aims to celebrate what is currently perceived as ‘new york city’ while playing off themes of preservation, as each food is encased in varying stages of frozen ice chunks. 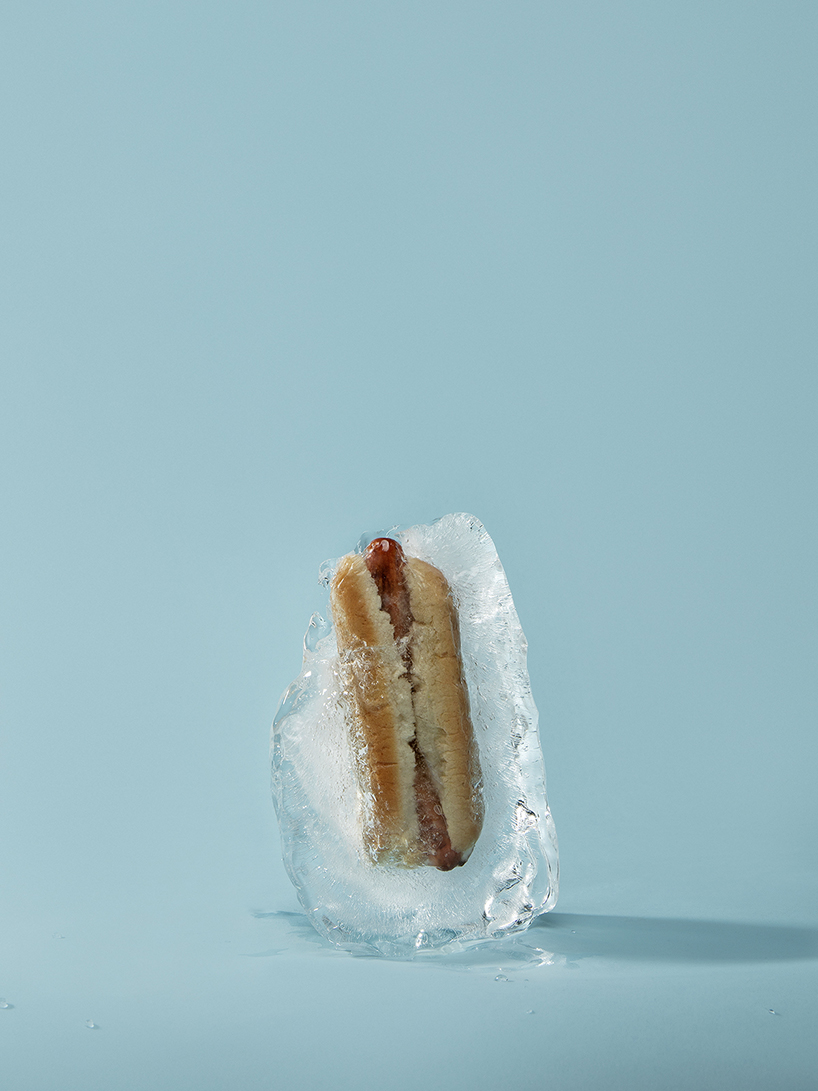 originally coming from a fashion background, bernstein’s photographs focus on creating stimulating visuals at face value. from bagels and hot-dogs, to pizza and pretzels, the images embody a colorful and playful approach, while also displaying the food that is most associated with and characterizes new york city. 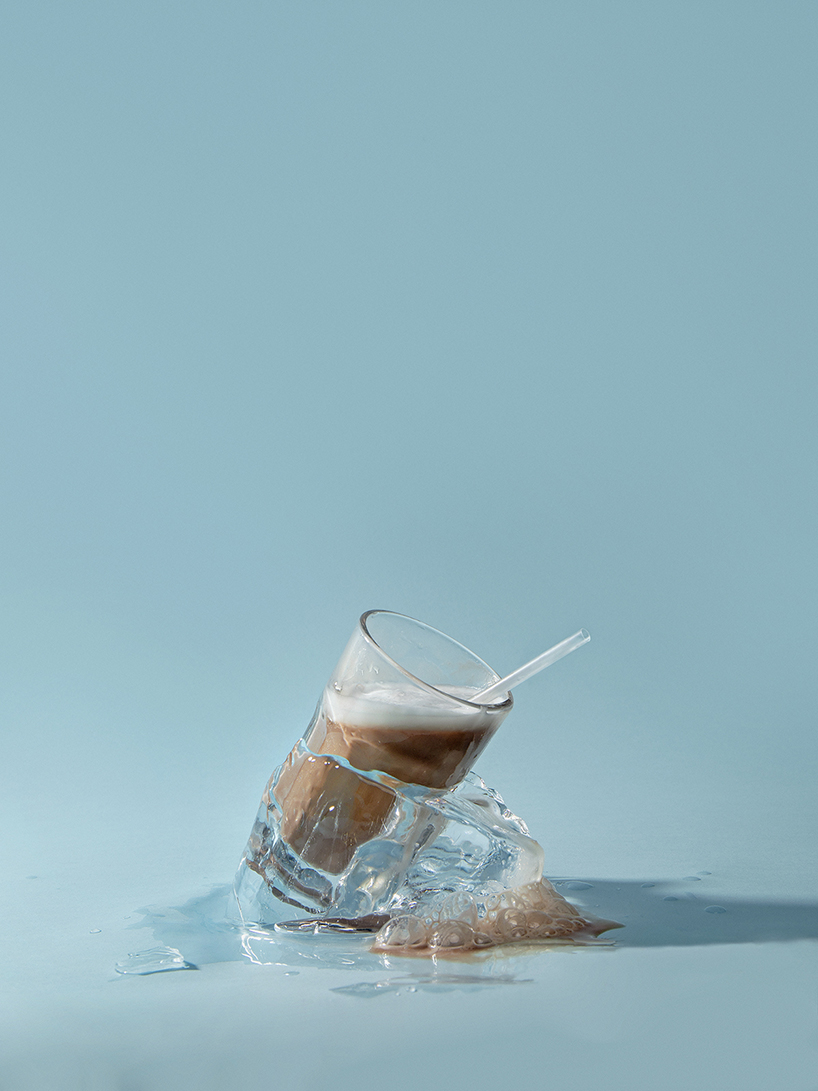 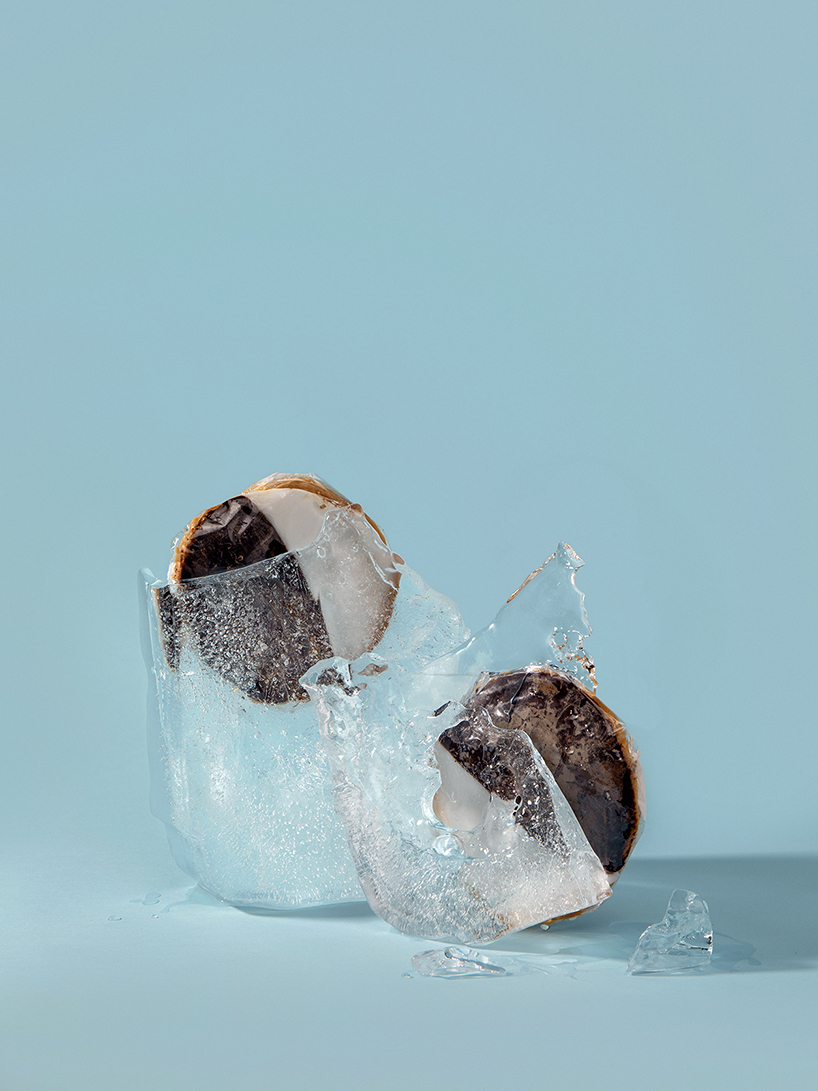 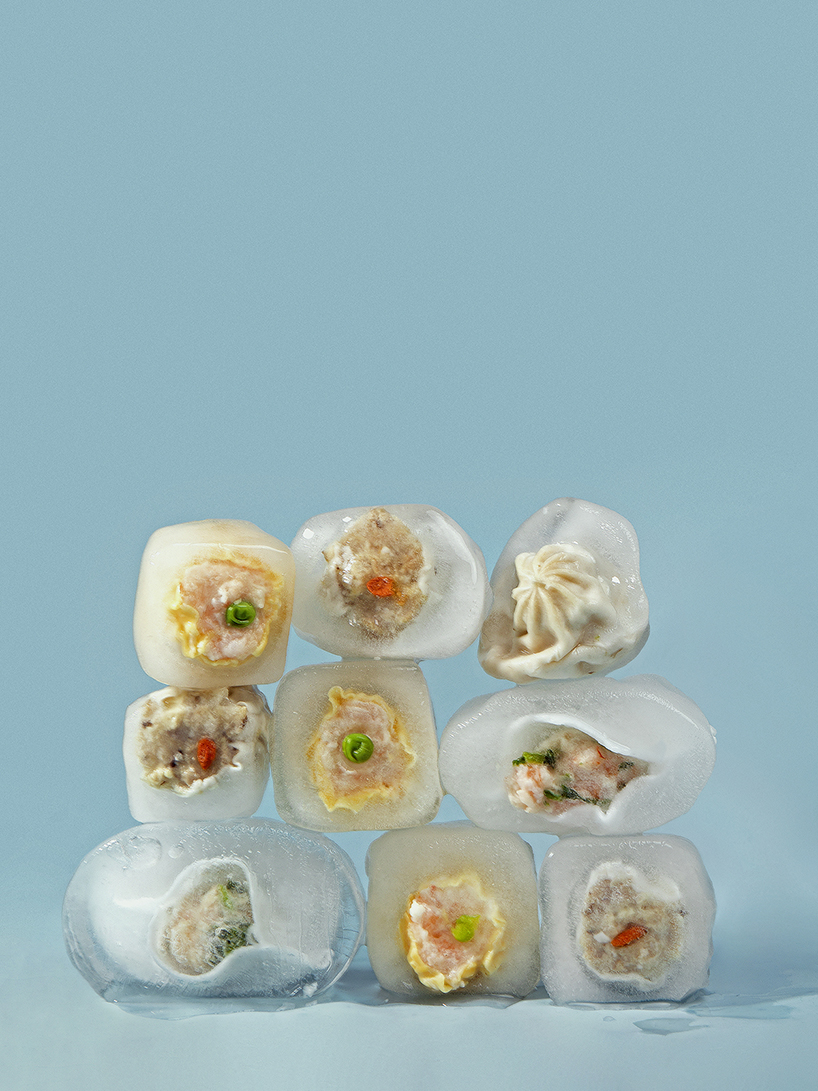 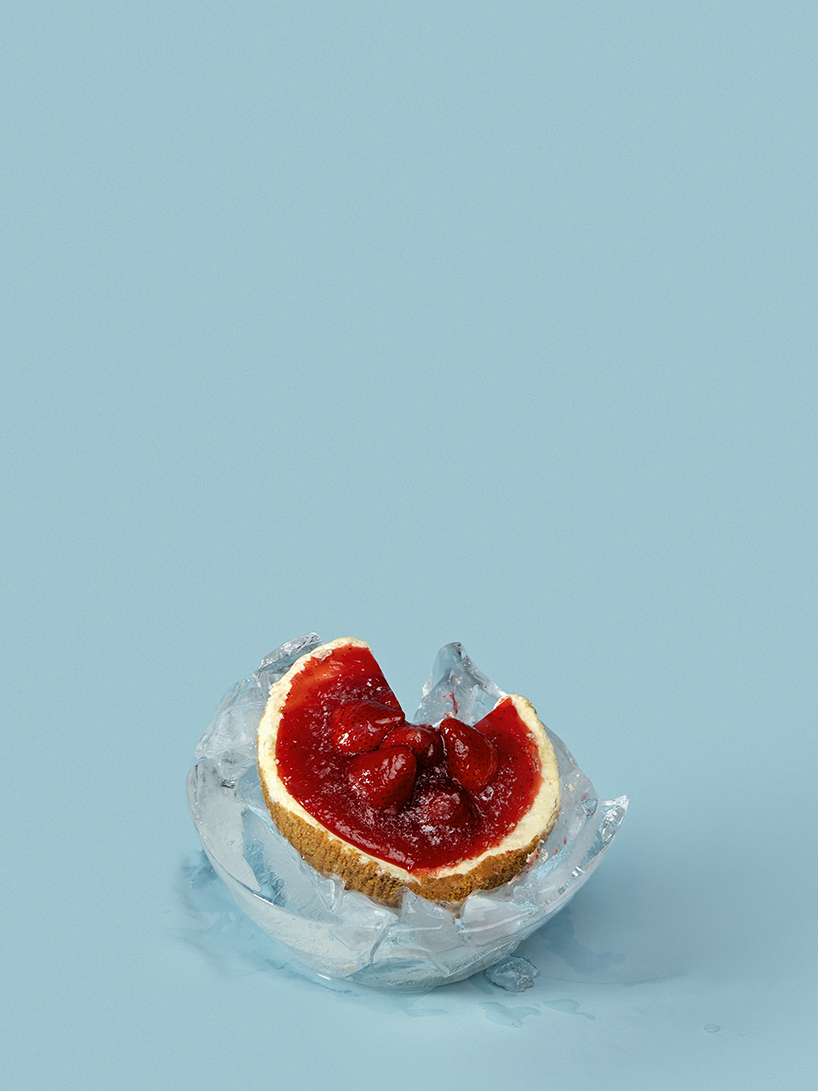 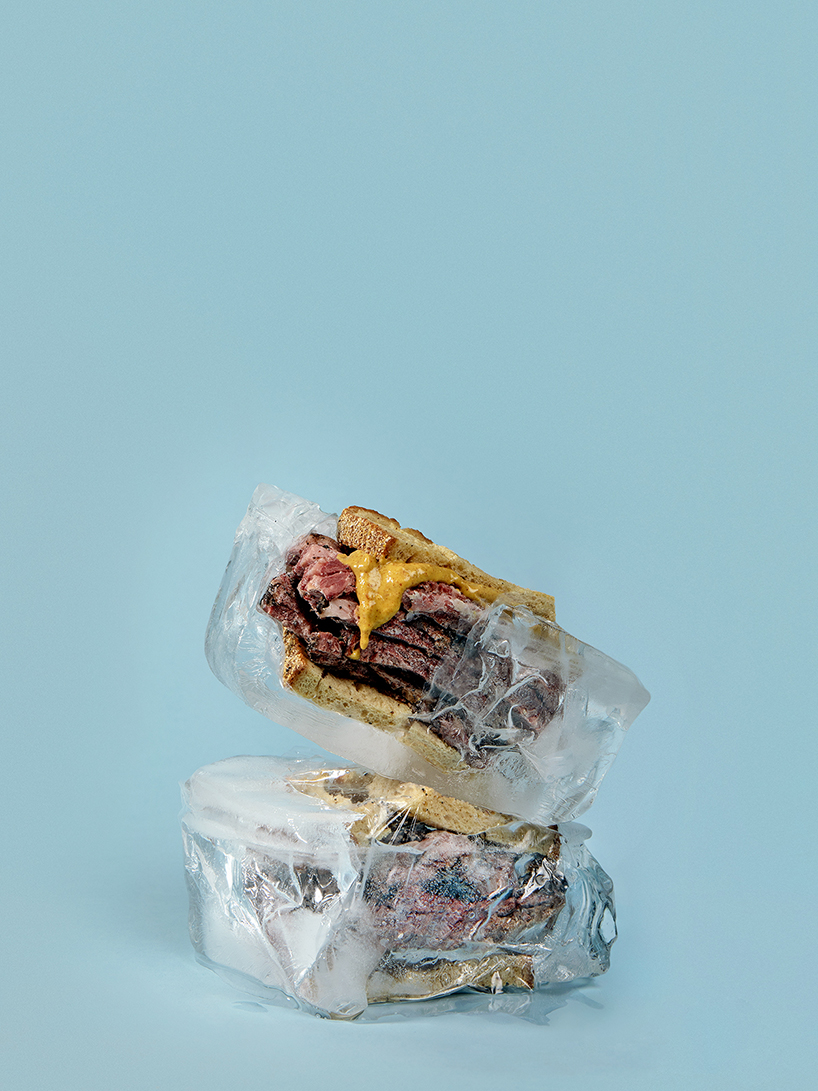 pastrami on rye from katz’s delicatessen 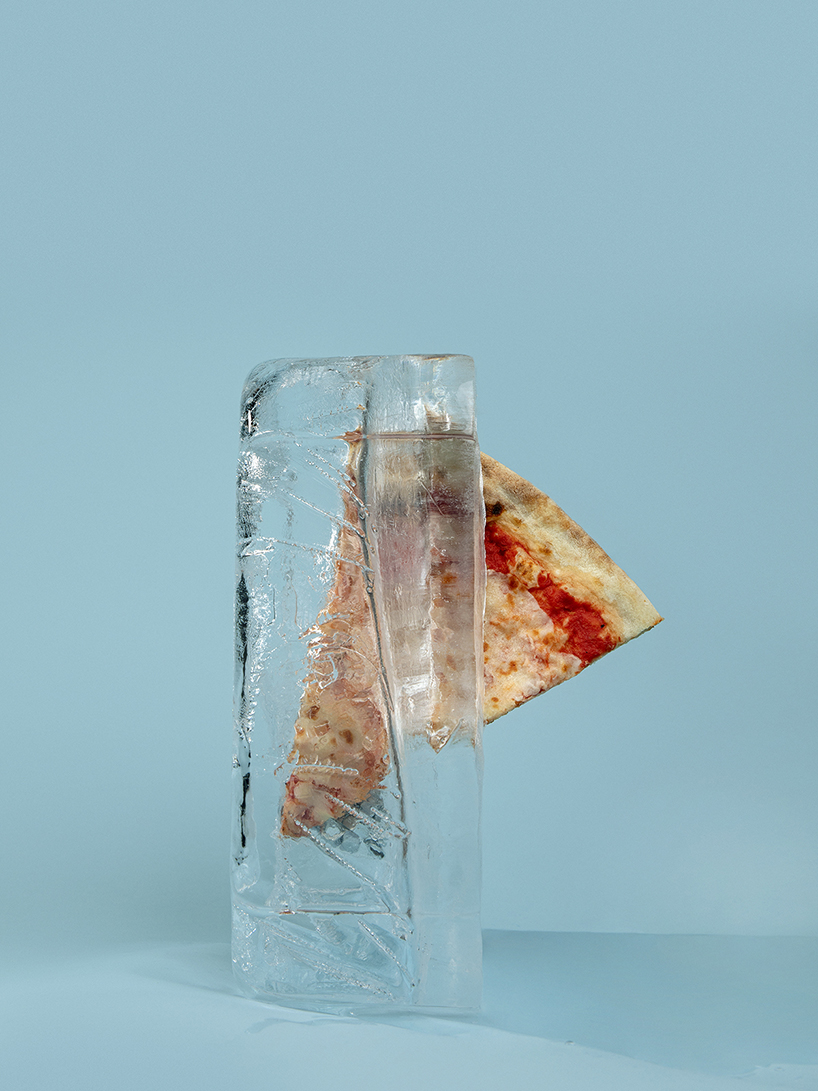 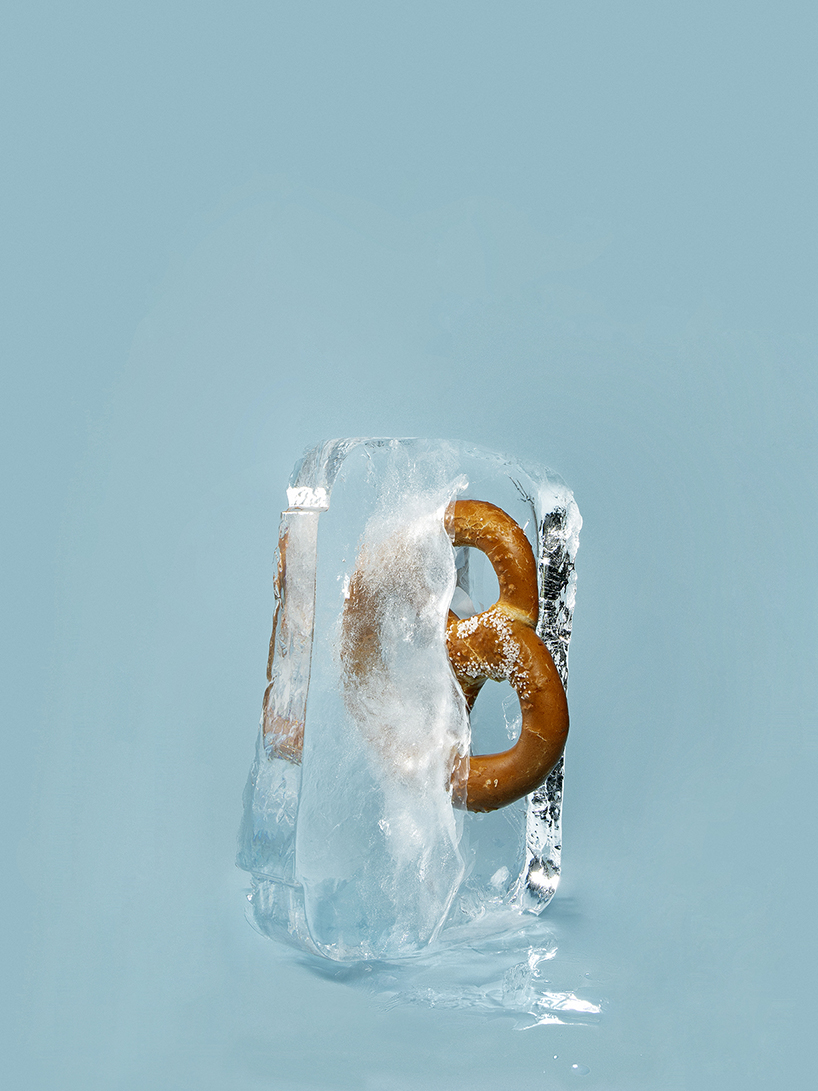 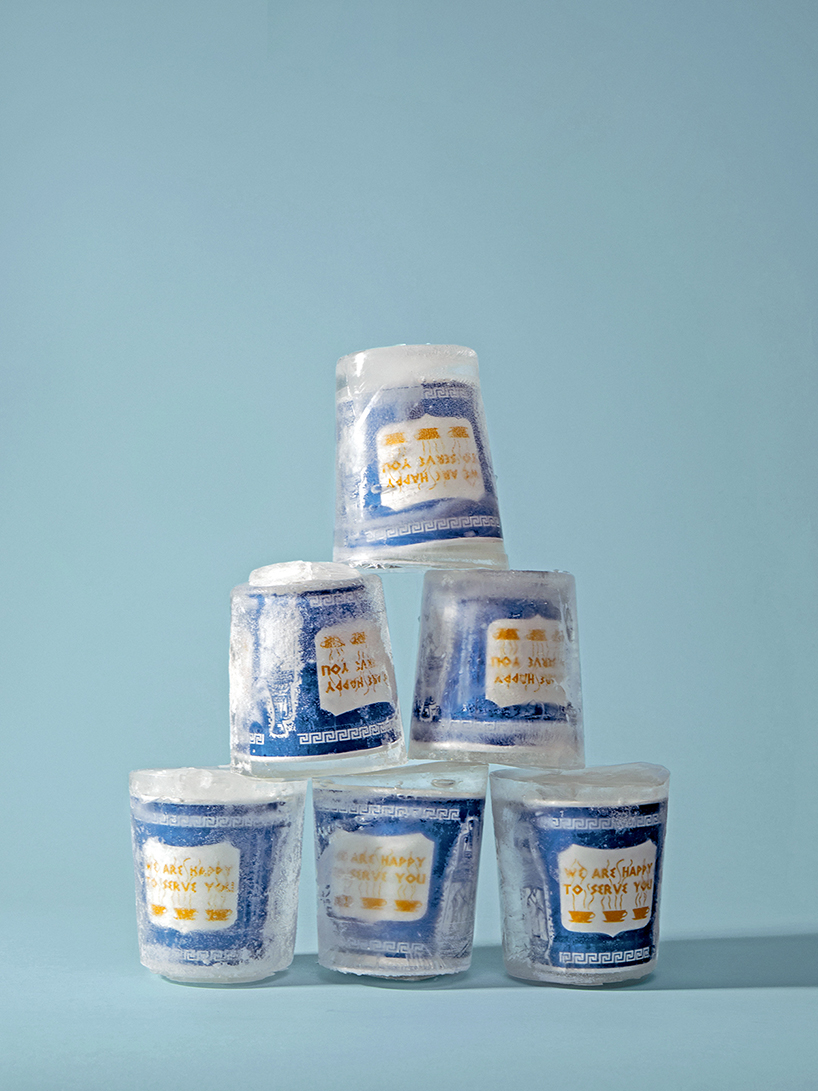