hyungkoo lee wears a helmet of ‘the objectuals series’. he combines his interest in physiognomy with optical instruments to alter facial features. image courtesy hyungkoo lee, 2007

korean pavilion at the giardini – ‘the homo species’ is the first solo exhibition of hyungkoo lee at the venice art biennale 2007. born and raised in korea, lee experienced the ‘undersized asian male complex’ while he was studying in the USA. an asian man having internalized the notion of male-superiority is doomed to be frustrated when he comes face-to-face with this ‘bigger and stronger’ caucasian counterpart. lee started to create ‘the objectuals series’ in 1999 with humble materials such as water-filled PET bottles and shooter glasses to visually enlarge parts of his body. hyunkoo lee extends his concerns to fictitious bodies of cartoon characters by inventing their fossil bones in a quasi-archaeological way. 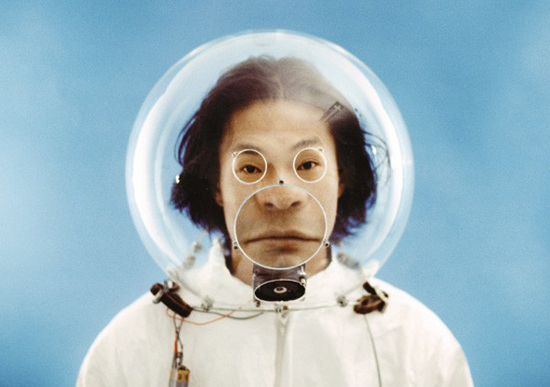 ‘self portrait – H2’ image courtesy hyungkoo lee, 2002 the artist points out an interesting way of overcoming the sense of cultural inferiority. 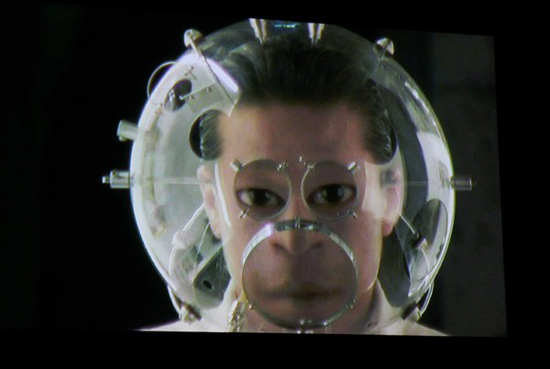 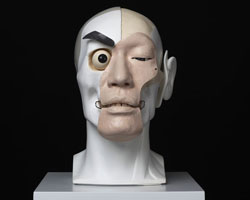