the 6.3 magnitude earthquake that hit christchurch, new zealand in 2011 left more than 16,000 homes in the area uninhabitable and slated for demolition. australian artist ian strange has documented the dramatic loss in his latest artistic intervention and film ‘final act’, staging an architectural installation which saw him deconstruct, dissect and carve holes from four of the now-vacant suburban structures. in collaboration with cinematographer alun ‘albol’ bollinger, strange manipulated the façades of each house, meticulously cutting out cavernous circles from the roofs and walls, in one example, and in another, slicing an entire dwelling in two, leaving a gaping void wrapping around its entire exterior skin. eerie lit from within, the once-populated family homes that now reside in the ‘red zone’ take on a profound and humbling tone, revealing them as symbols of the devastation there, and a social and emotional icon of the home in general. ‘final act’ is presented as a solo exhibition at the canterbury museum, christchurch from now until march 23rd, 2014. 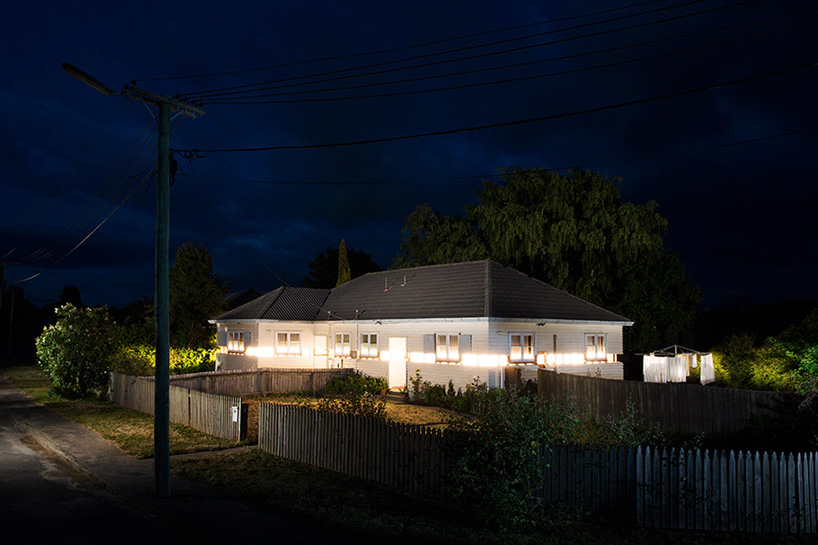 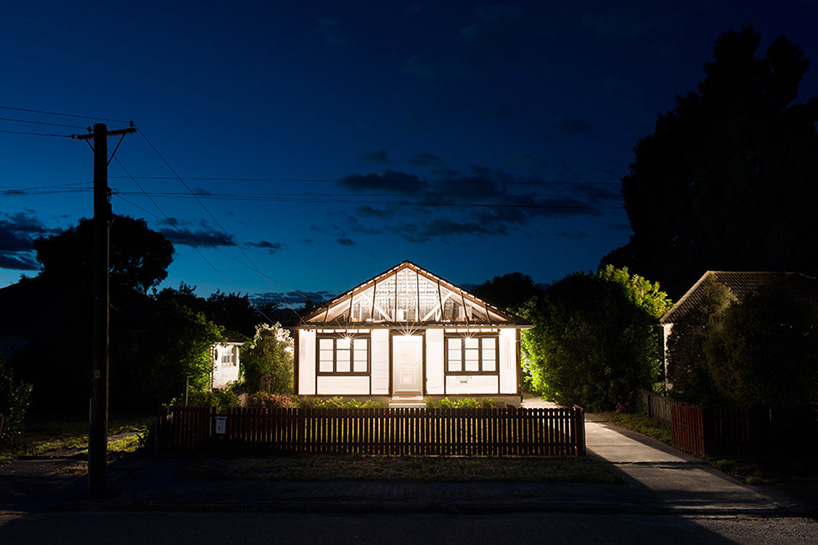 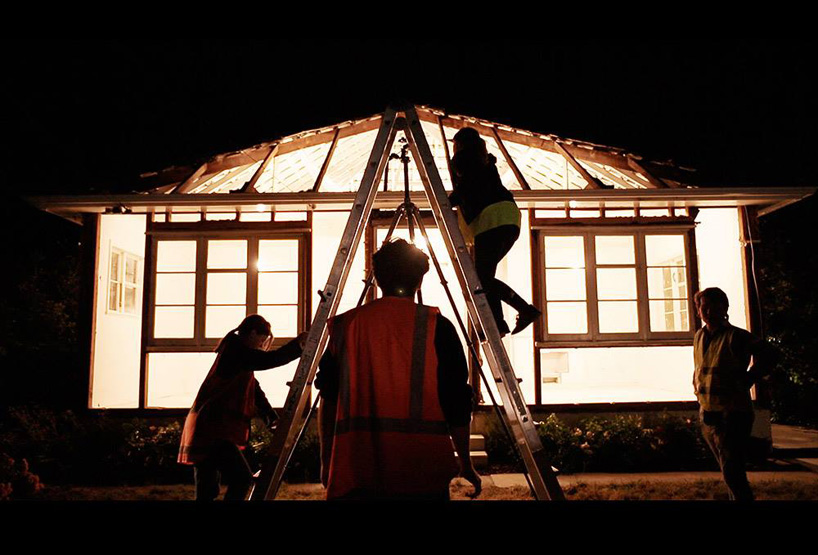 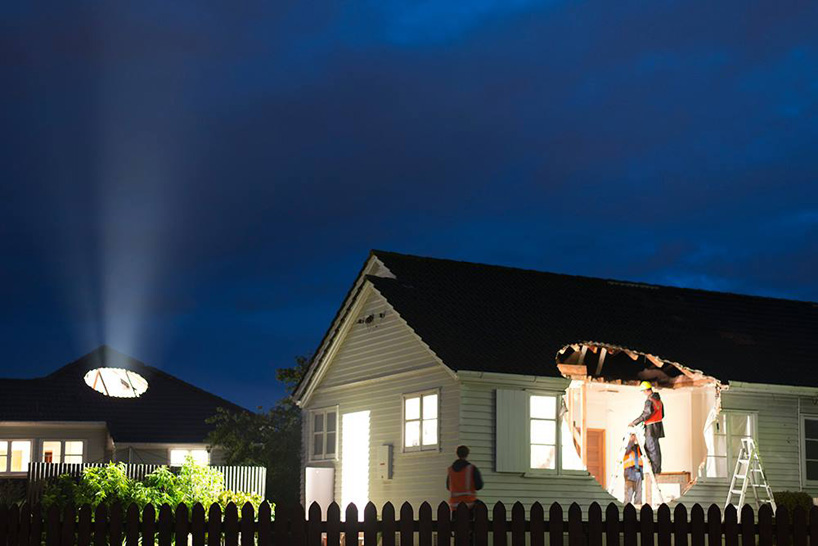 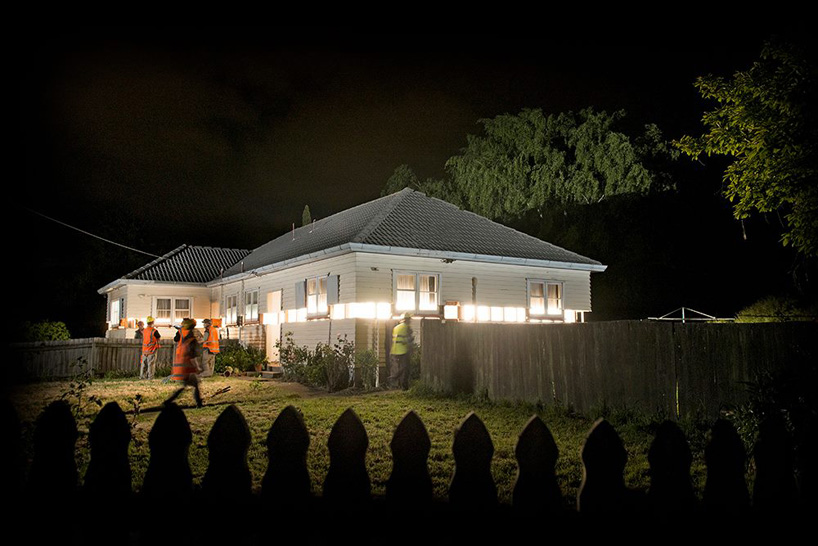 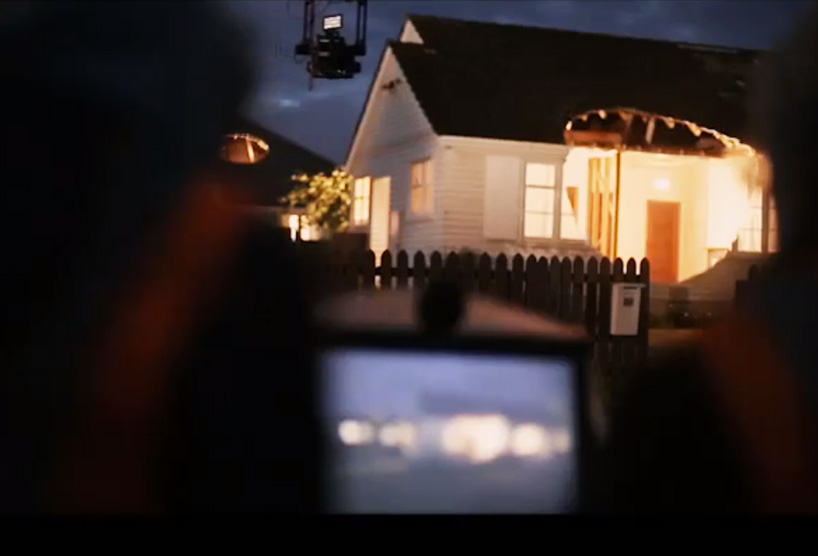 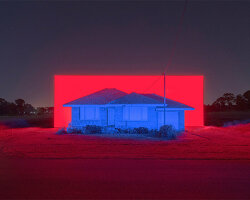 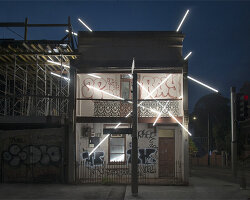 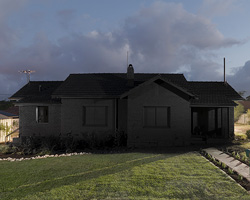 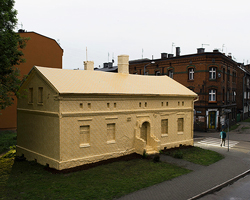 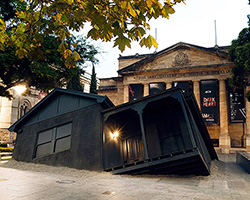 Mar 05, 2014
ian strange drops a suburban house from the sky for landed