the 26th edition of icehotel has opened on december 11, 2015 in jukkasjärvi, sweden. the 19 individually themed and hand crafted art suites have been newly designed by creatives from across the world — from a swedish artist who made a giant snow elephant in the room, to a french team who fused snow, ice and disco into a groovy sleeping experience. each year, the hotel creates a new series of artist-designed accommodation spaces that add to the existing landscape of  private rooms. 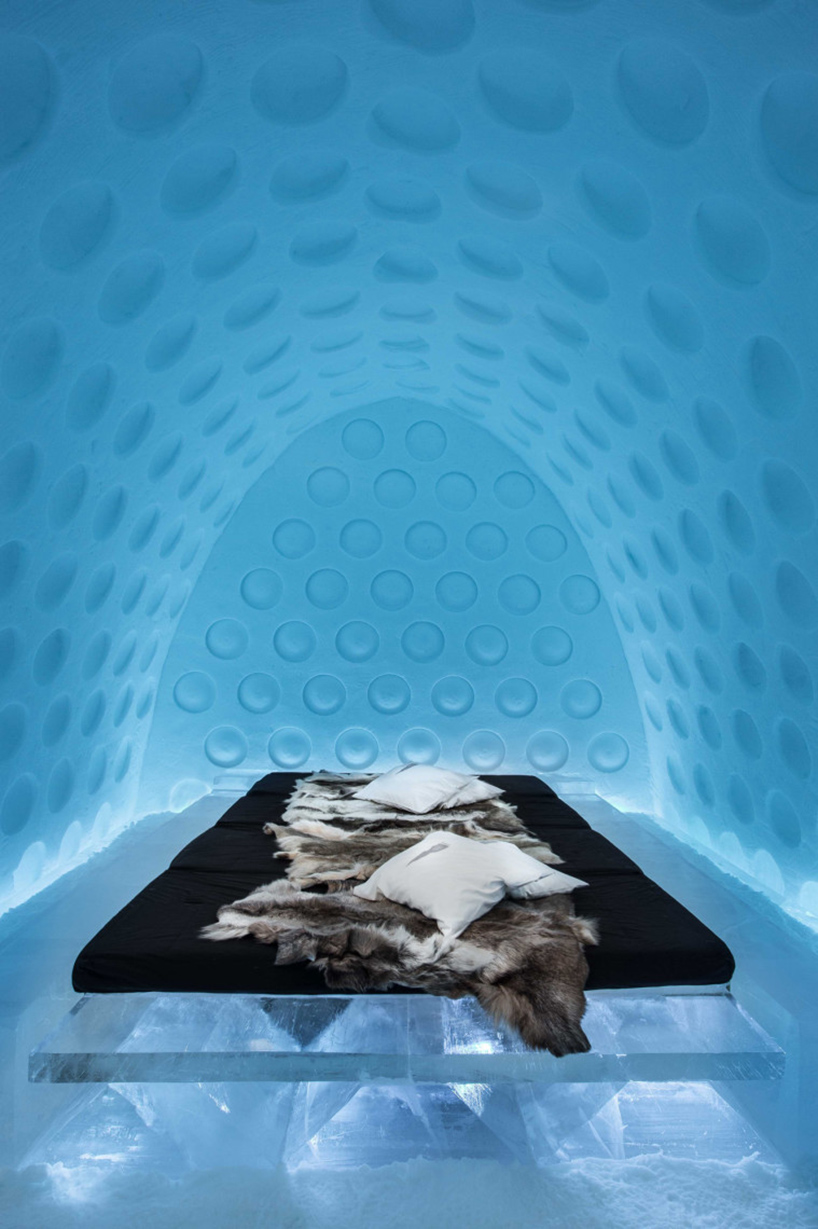 ‘under the arctic skin’ by rob harding & timsam harding

the amount of snow used to create its more than 50 bedrooms, church and a bar would make 700 million snowballs, while the chandeliers alone are made from 1,000 hand cut ice crystals. thematically, this year’s edition features flocks of animals from elephants to peacocks, patterns drawn from nature, architecturally-motivated designs and theater-inspired schemes. take a look below for a selection of images from the 2016 opening, and last year’s edition on designboom here. 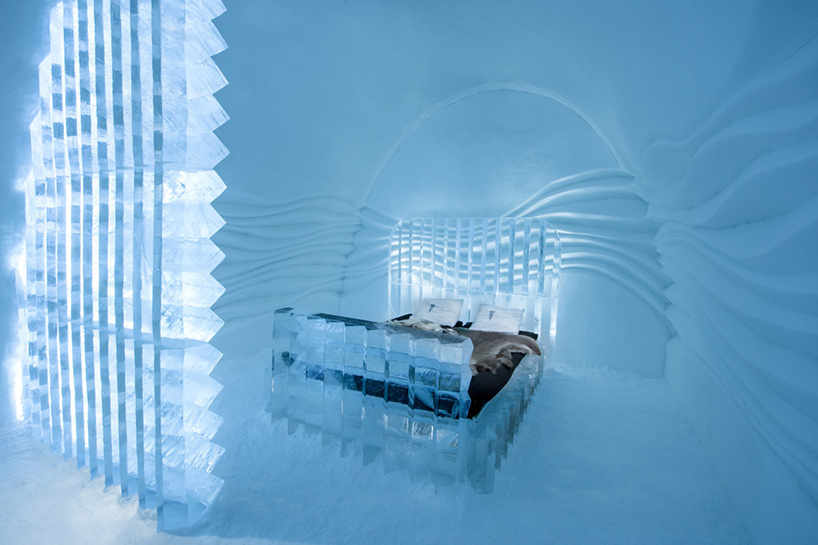 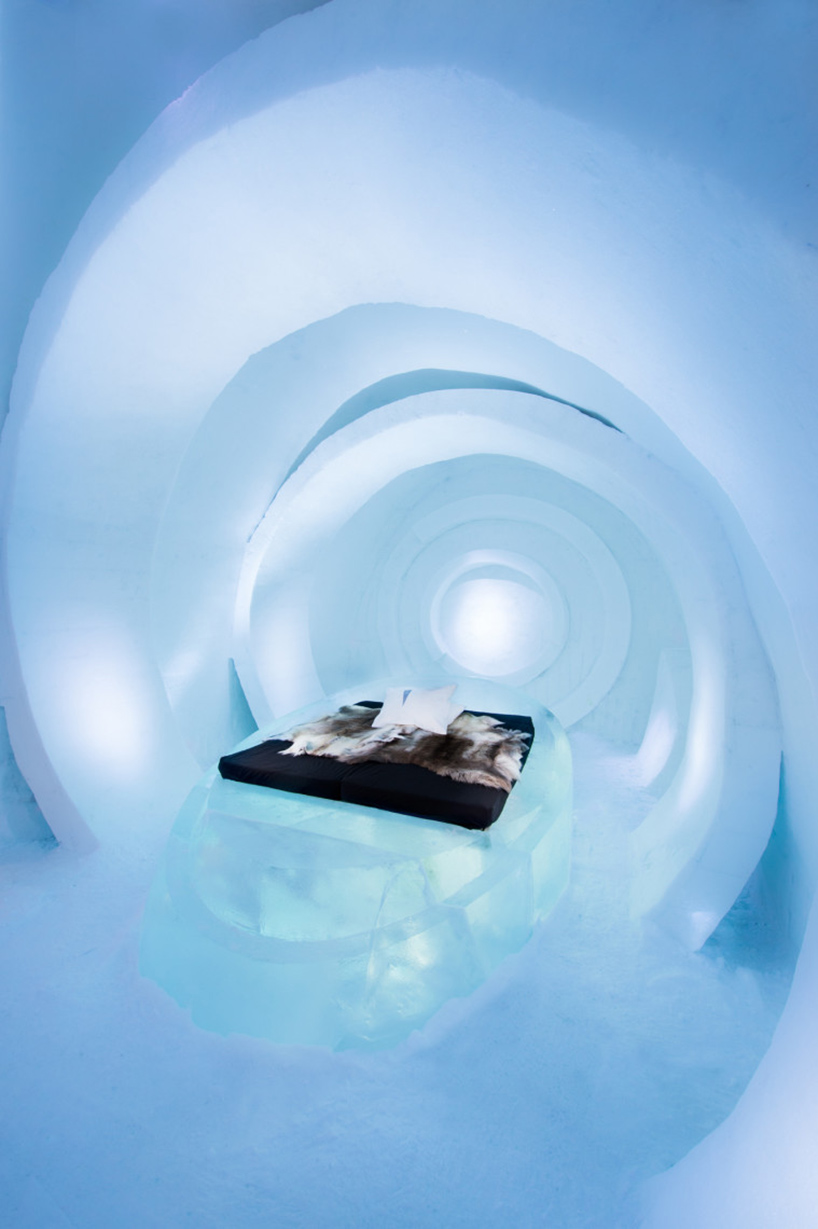 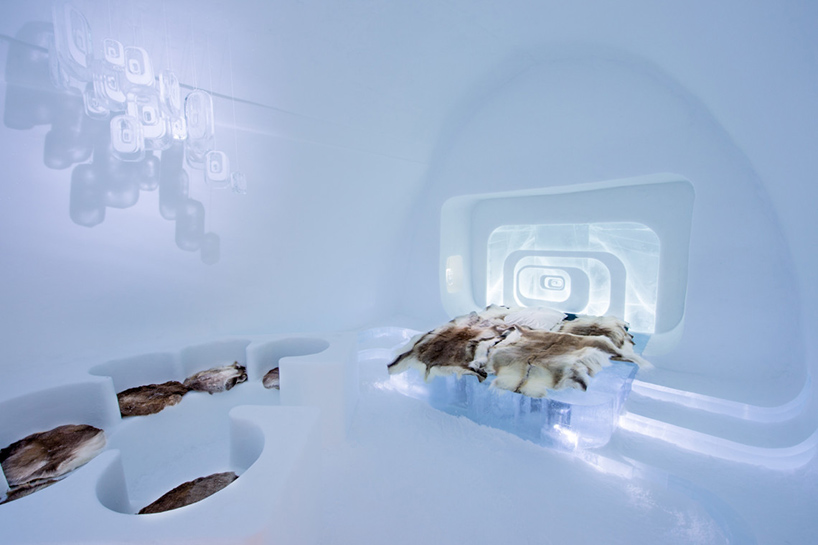 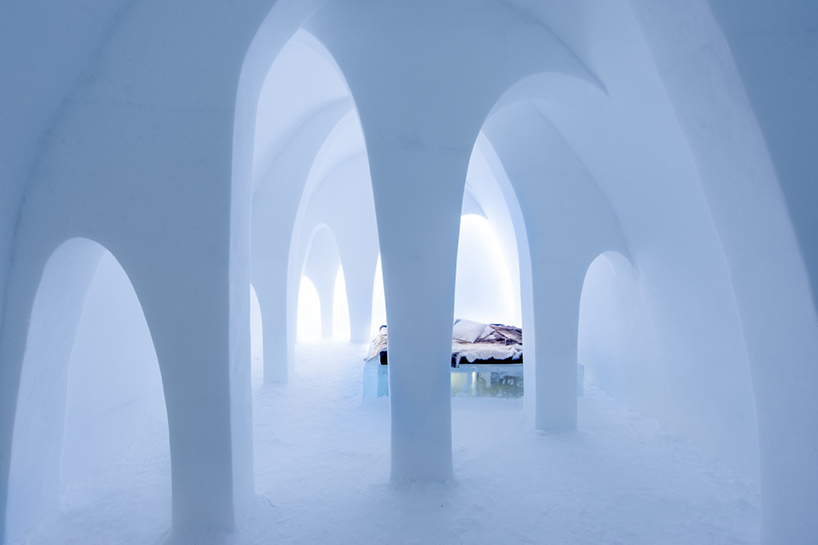 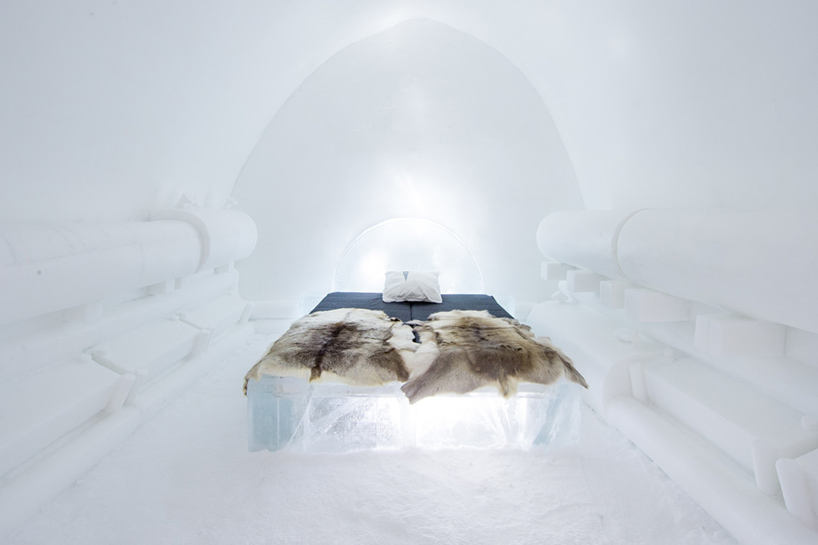 ‘the power of love’ by sebastian scheller & kristina möckel 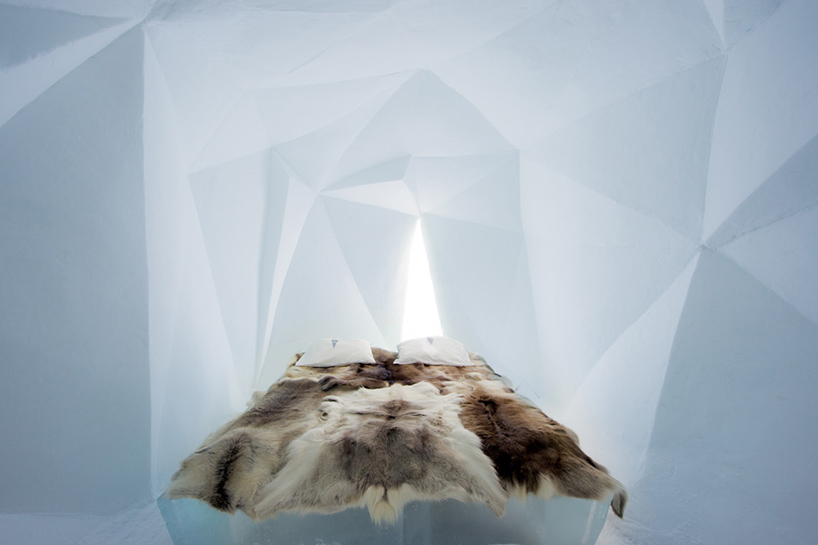 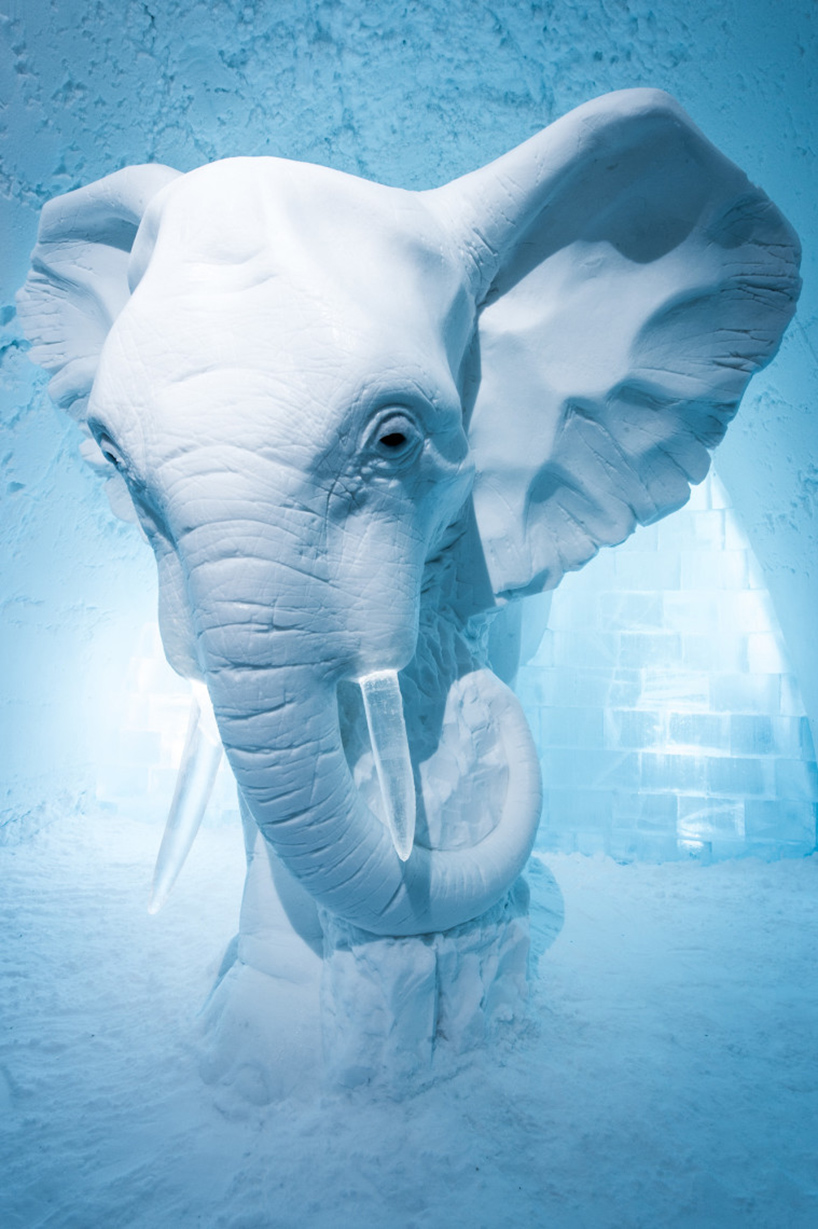 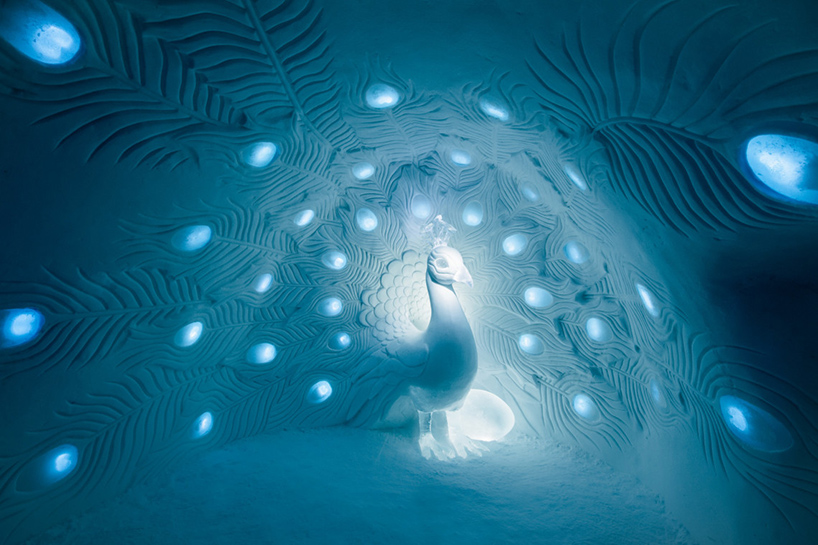 ‘show me what you got’ by tjåsa gusfors & david andrén 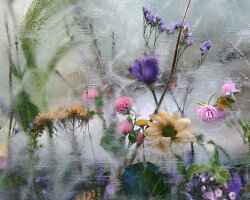 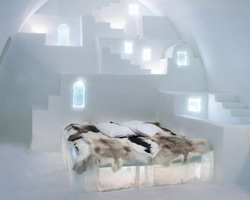 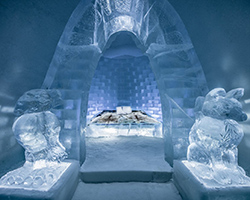 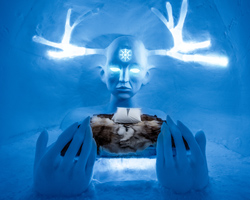