with its official opening ceremony kicking off on january 5th, designboom has received advance images of the 2014 harbin ice and snow festival in northern china, an immersive wonderland filled with mammoth snow sculptures, wintertime games, and a towering, luminous city made from chiseled ice. replicas of some of the world’s most renowned architectural landmarks — from the empire state building to rome’s colosseum — are carved from frozen matter and lit by colorful LEDs, creating a glimmering skyline by night. visitors to the dreamlike, winter theme park can roam the 500,000 sq. meter space, packed with an impressive display of sculpted snow animals, people and mythical creatures. a 240-meter-long ice slide, skating rinks, and mazes feature within the frosted cityscape, inviting guests to the extravagant festival atmosphere. 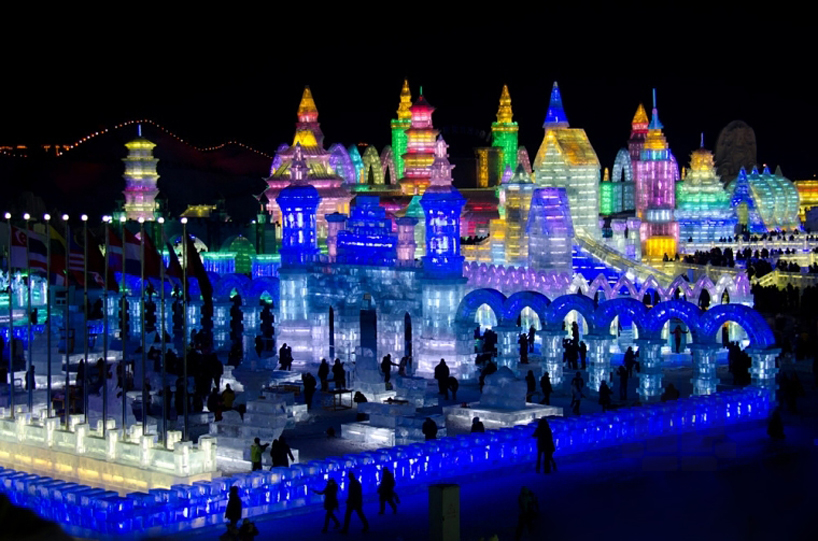 the illuminated cityscape at the upcoming ice festival 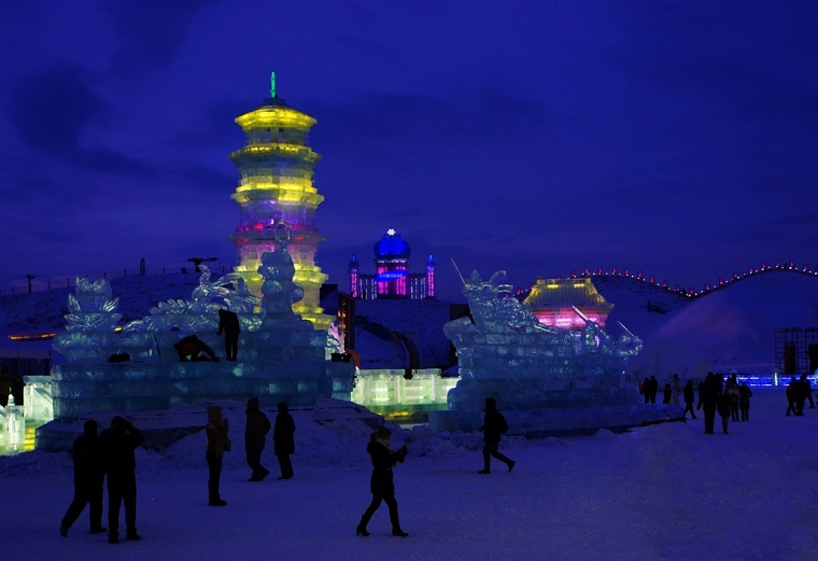 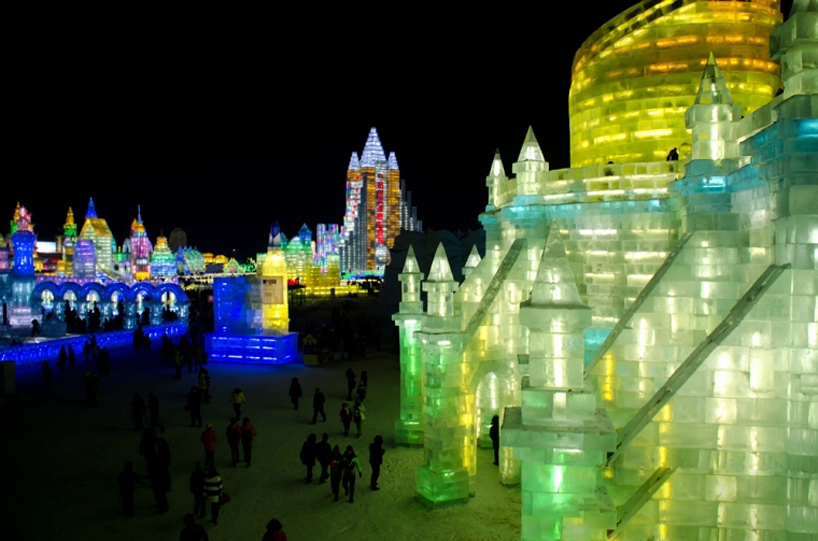 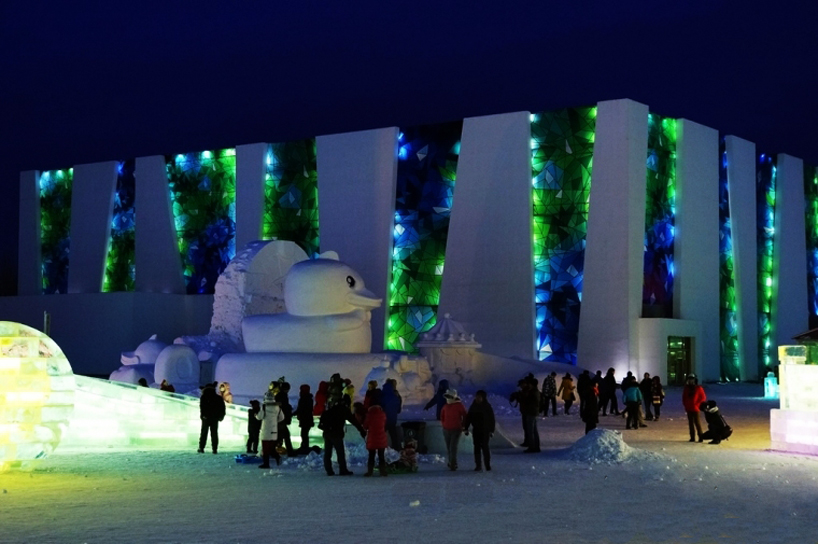 snow and ice landmarks at the festival colorful trains and towering castles feature throughout the giant space

below are some images from last year’s festival, featuring the work of snow and ice carvers who displayed their creations in the massive space. 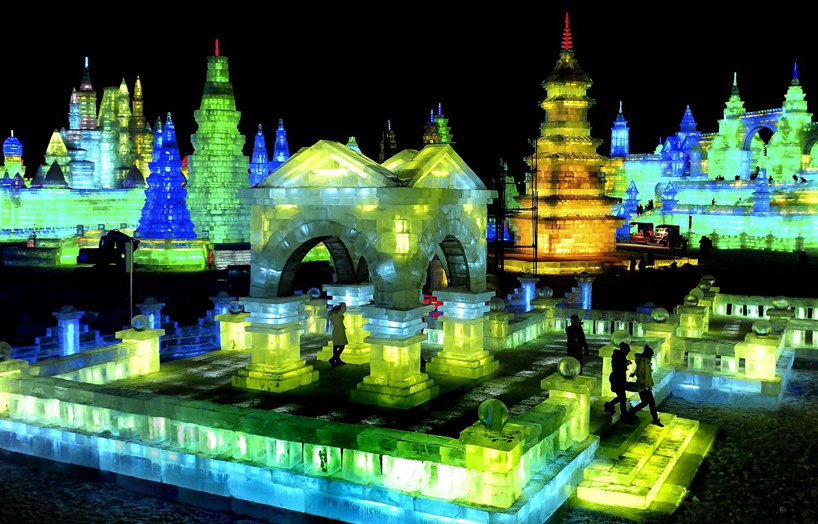 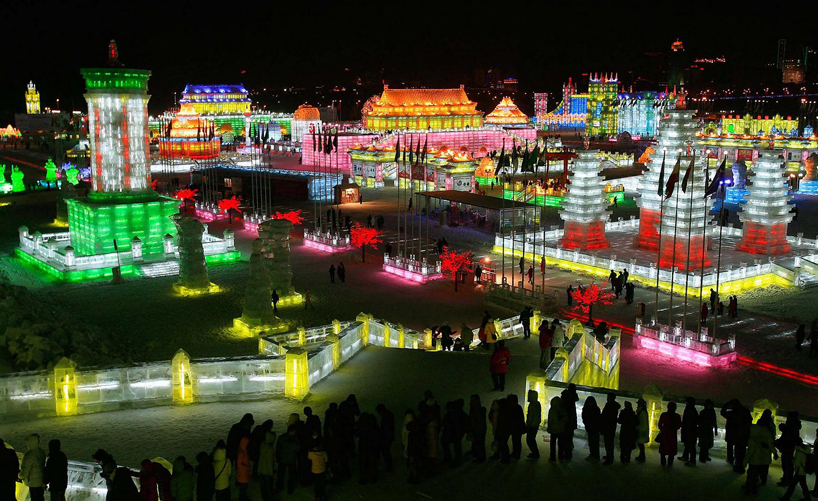 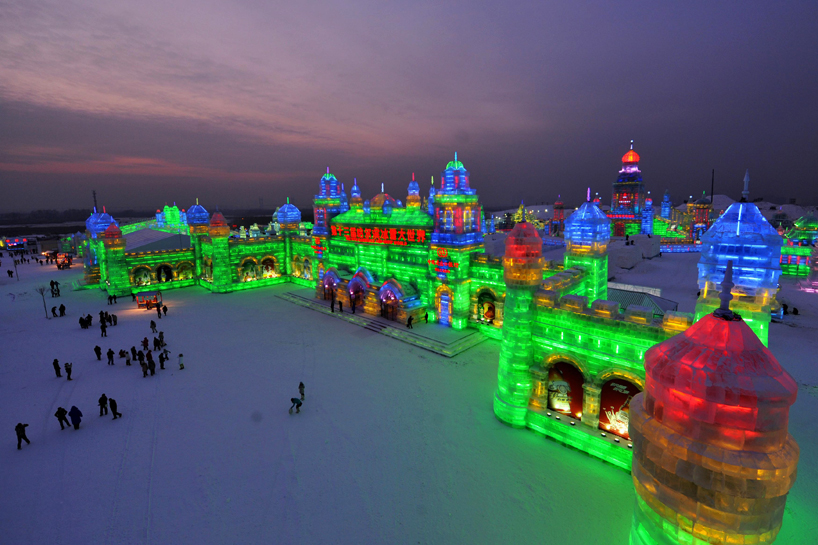 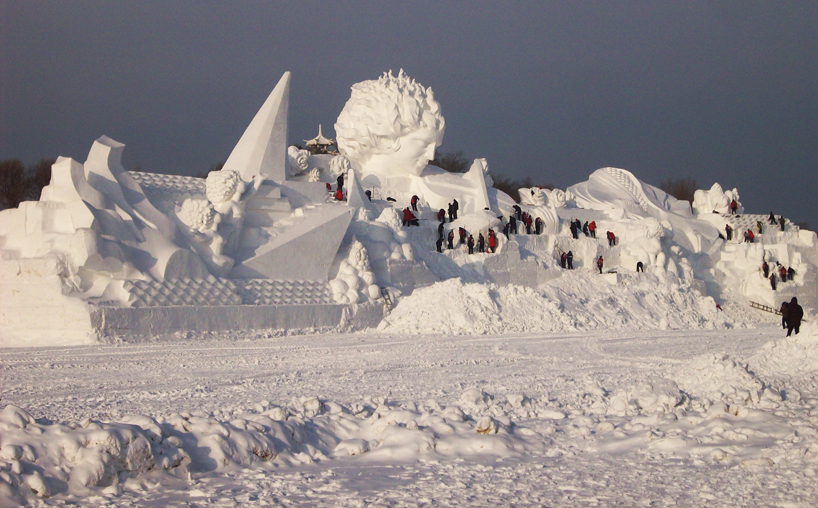 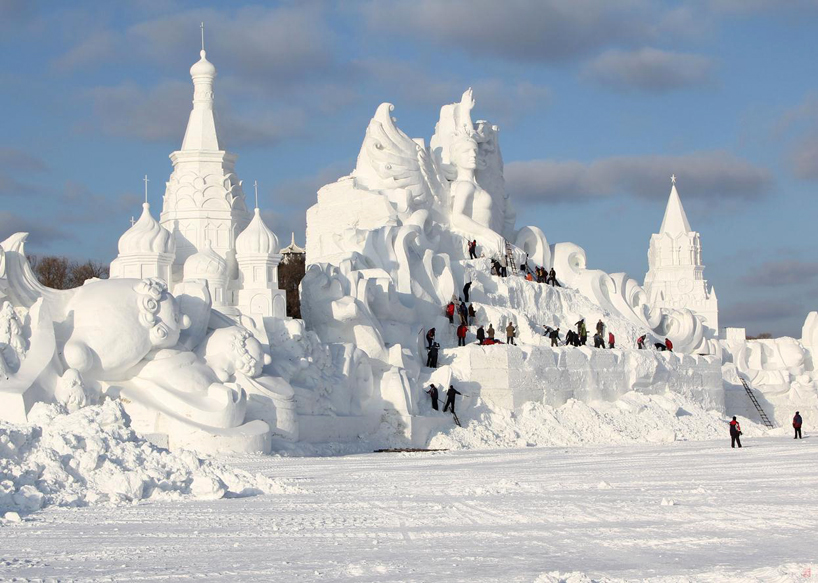 a landscape filled with people and buildings made from snow 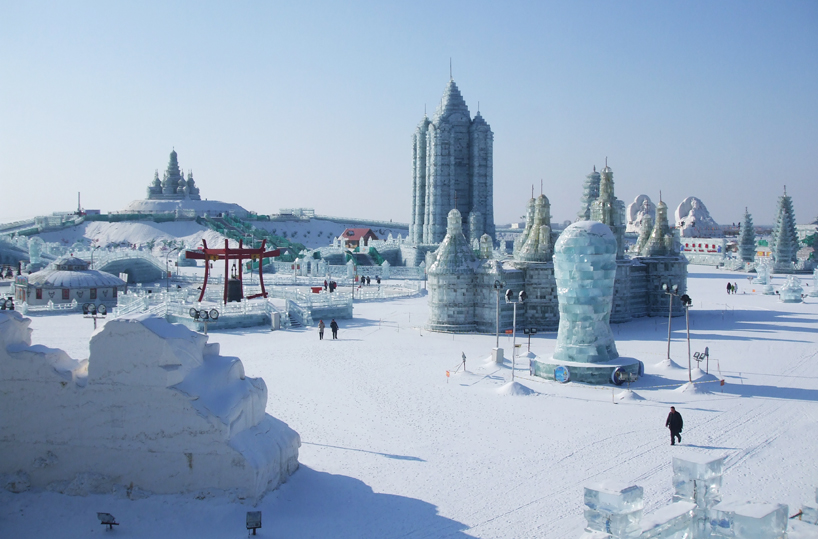