the ‘impossible’ by impossible technology, is a folding electric bike that can fit into a backpack and be carried around easily as it weighs less than 5kg. the design features a frame built around circles instead of a single horizontal girder to help equally spread the rider’s weight across the structure. as the seat and handle bars are at similar heights, the front and rear wheels evenly bear the stress too. it is primarily manufactured from carbon fiber in order to make it extremely light and durable, but has a connecting box in the frame’s middle which is made from steel. this is so that it can carry a maximum load of 85kg and withstand the shocks associated with everyday use.

the ‘impossible’ saves space by combing the function of the saddle and the carrying case, so when folded up it keeps the bicycle and its charger stored and ready for use. the re-energizer is used to power the disc motor which uses ten 2900mah 10A 3.6V batteries to propel the bike up to 12.4mph for 45 minutes or for 15.6 miles at a regular speed. with 40% of it customizable – the wheels and handlebars – the company are now aiming to make the whole product changeable too. at the moment, the ‘impossible’ is available in three packages via its kickstarter campaign, in; white, black and pure black. 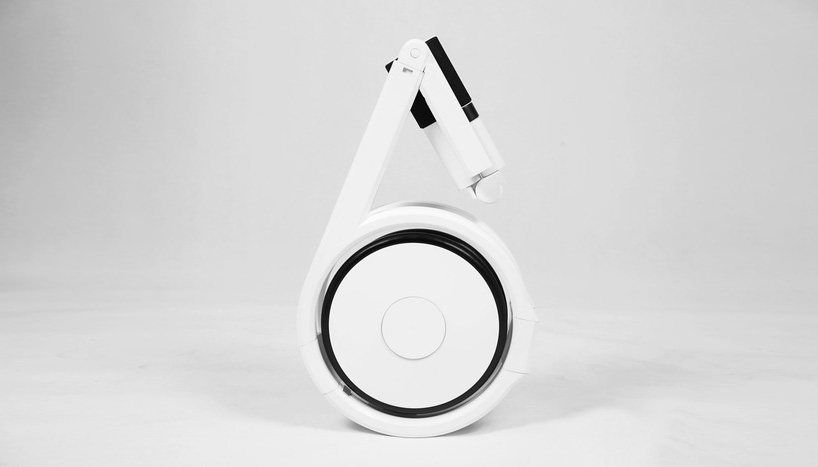 the first two steps of setting up the bicycle

the final two stages of the transformation 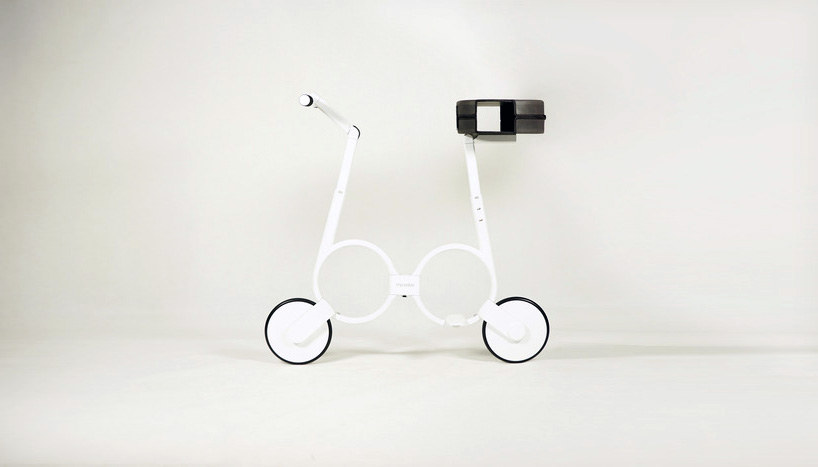