view of the exhibition ‘in the good name of the company’ at foryourart, LA

‘in the good name of the company’ at foryourart features a series of limited edition prints that celebrate the colby poster, known for its bold, black typography and day­glow colors.the show runs until march 23, 2013 and includes works by allen ruppersberg, daniel eatock, eve fowler, anthony burrill and more. 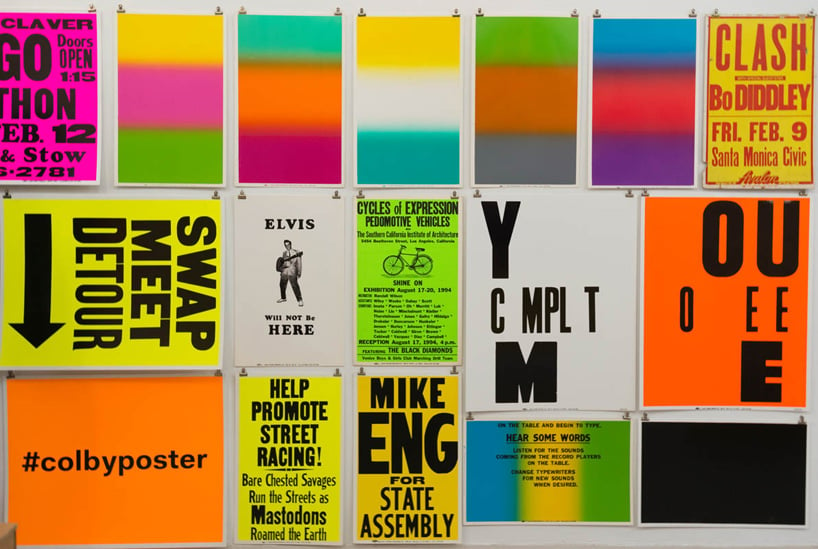 two months after the closing of the colby poster printing company,foryourart presents in the good name of the company, an exhibition of works from the iconic LA print house curated by jan tumlir, with christopher michlig and brian roettinger.

‘the closing of the colby poster printing company represents the end of an era. the colby posters were handset type, and none of the design or execution was done digitally’.– bettina korek, founder of foryourart. 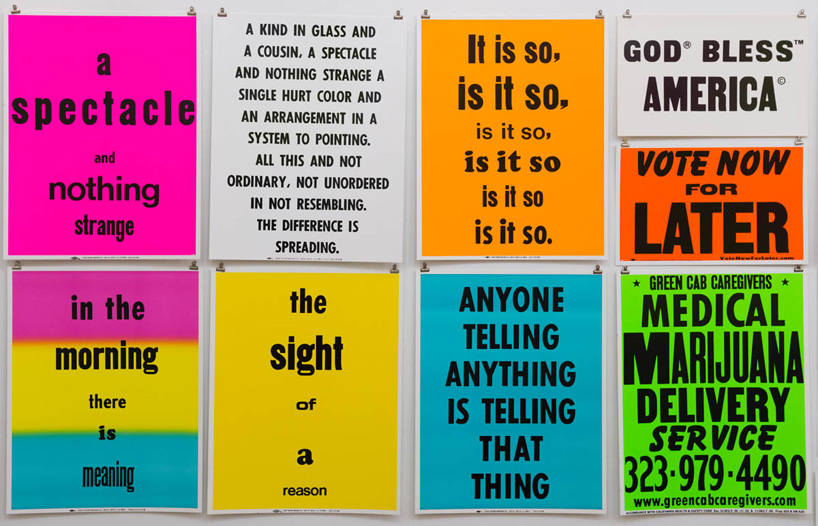 with bold, black typography floating on top of washes of day-glow color, the colby poster evinced a thrifty pragmatism for more than half a century. these posters were designed to catch the eye of passersby, in cars or on foot, and deliver messages to them as directly as possible. typically employed to promote neighborhood events such as street fairs, small-scale musical concerts and the like, they would find a new clientele when ed ruscha contracted a rival company in 1962 to produce the announcement for the exhibition new paintings of common objects at the pasadena art museum. since then, the company has gone on to serve as an important resource to a broad range of LA-based artists, rom allen ruppersberg (who transcribed allen ginsberg’s howl onto colby posters in 2003) to eve fowler (who did much the same with gertrude stein’s tender buttons in 2012). 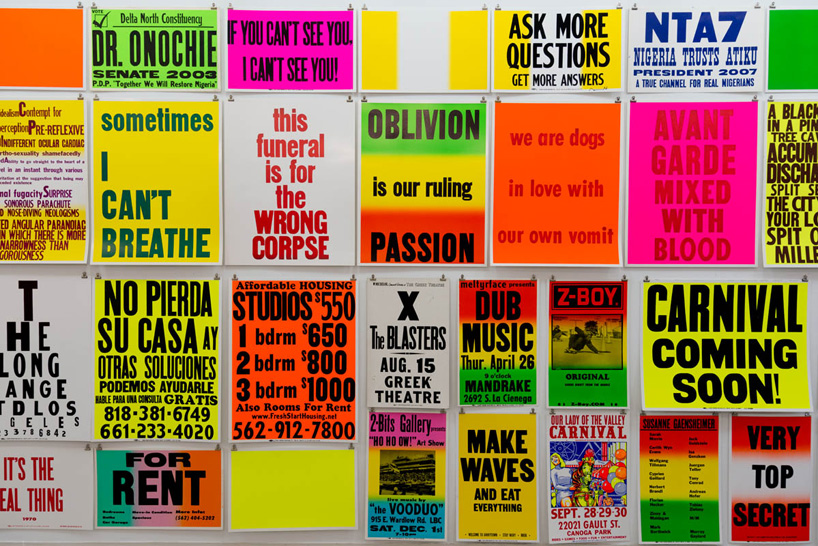 perhaps most significantly, the colby poster has provided artists with a means to escape the confines of the studio or the white cube. instead, through the poster medium, artists could engage the life of the street. as such, their posters became a form of public art perfectly suited to the LA context with its inherent transience and disposability. in one way or another, the artists featured in this exhibition have used the poster as a means to shape our experience of the street and the city. 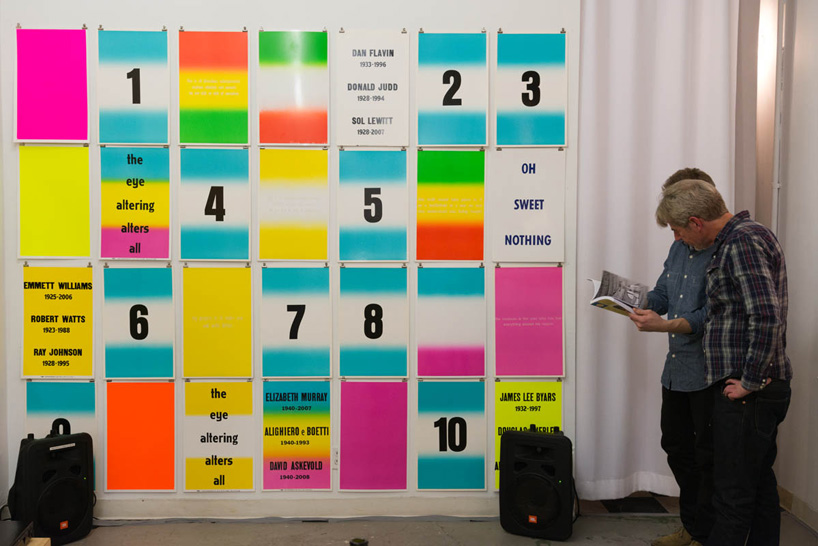 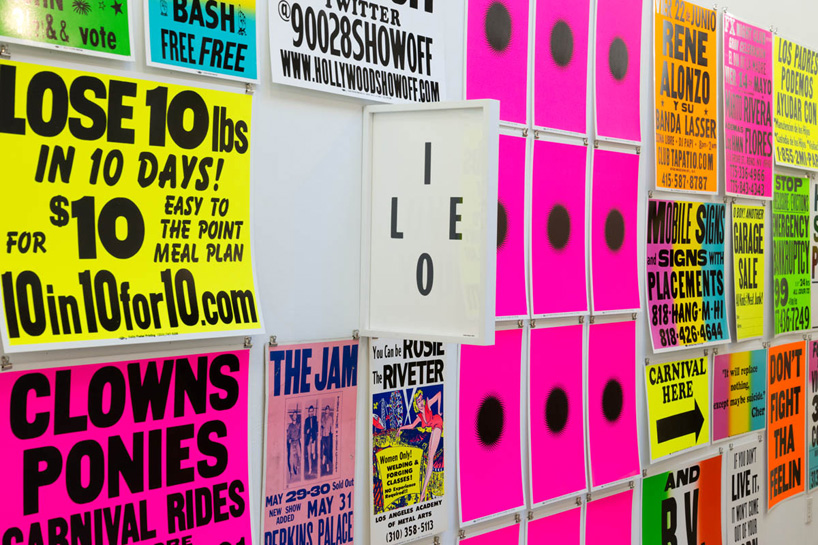 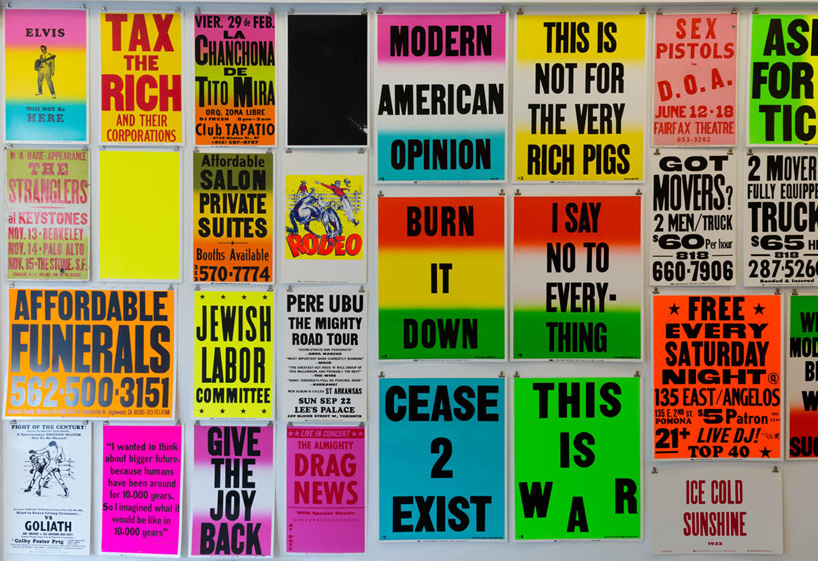 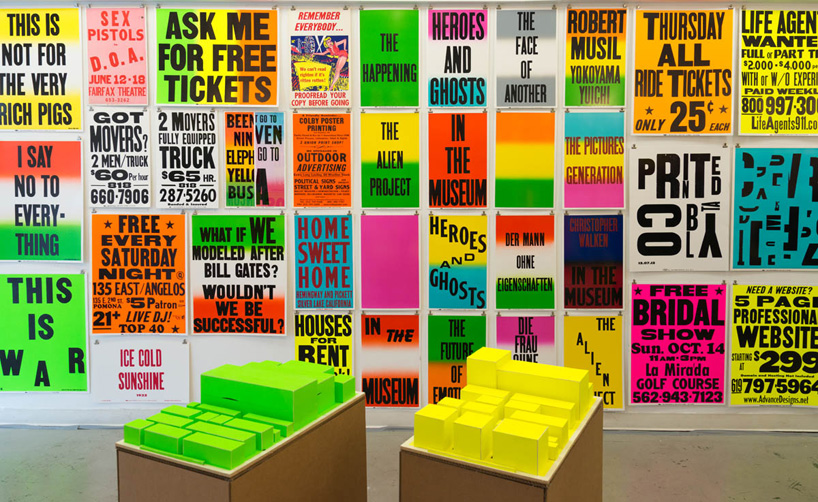 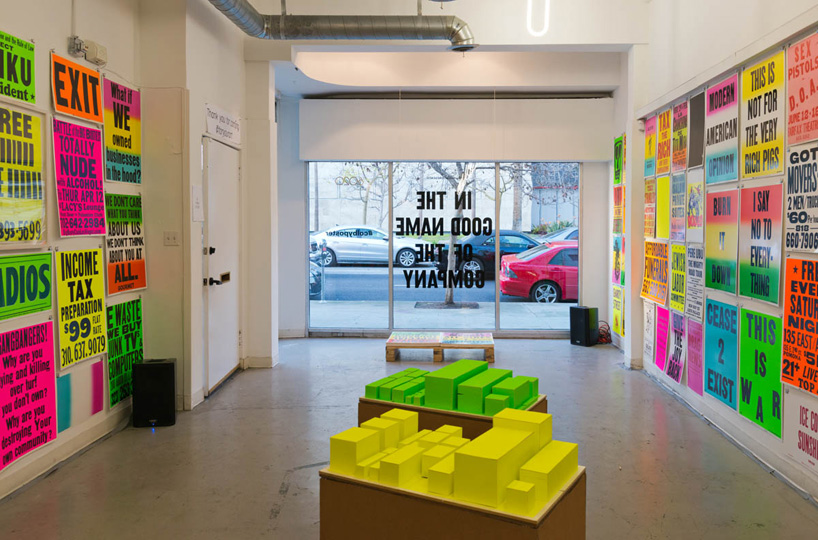 about the colby poster printing companythe los angeles based colby poster printing company has long been a friend to local artists. their fluorescent posters have been disseminated on every available high-traffic-adjacent surface in the city. their extensive collection of over 150 wood and metal typefaces, usually bold and generally san serif, are by now an integral part of the visual aesthetic of los angeles. throughout the years, posters promoting everything from west coast punk and heavy metal concerts in the 1980s to swap meets, street fairs, gun and bridal shows, local political campaigns, and too many artist projects to mention have been printed on colby’s restless heidelberg letterset press. a family owned and operated union print shop since 1948, the colby poster printing company closed its doors forever on december 31, 2012.

Dec 07, 2022
stephan gladieu documents the fashion of congo’s trash crisis in ‘homo détritus’
stephan gladieu worked with art collective ‘ndaku, life is beautiful’ whose young creatives made the collection that calls out consumerism.
art
195 shares
connections: +690
TOP 10 videos of 2022
spotlighting the top 10 videos of 2022: from a time-lapse video taking us on a doodleland in kent to a stop-motion animation with a cowboy skeleton traveling around california.
art
0 shares