while many people believe their dogs develop human-like expressions over time — mimicking the smirks, smiles, pouts and puckers of their human counterparts — how easily can people imitate the intuitive gestures of their pets? for the series ‘dog people’, hamburg-based photographer ines opifanti documents the ways in which dog owners interpret the characteristics of their furry friends, matching 30 volunteers and their pups in a side-by-side facial impersonation.

‘I photographed the dogs first, letting them sit on a small podium. owners had to interact with them, telling them phrases they know the dogs will react to’, opifanti says. ‘of course they got lots and lots of praise and treats so they quickly stopped caring about the lights or the camera. it’s important that dogs are calm and relaxed, so they can show their natural behavior and are not frightened. after the dogs were photographed, the owners have to interpret and mimic. I noticed that dog people get really good in interpreting their own dogs. it’s really a fascinating thing because we’re two completely different species after all.’ 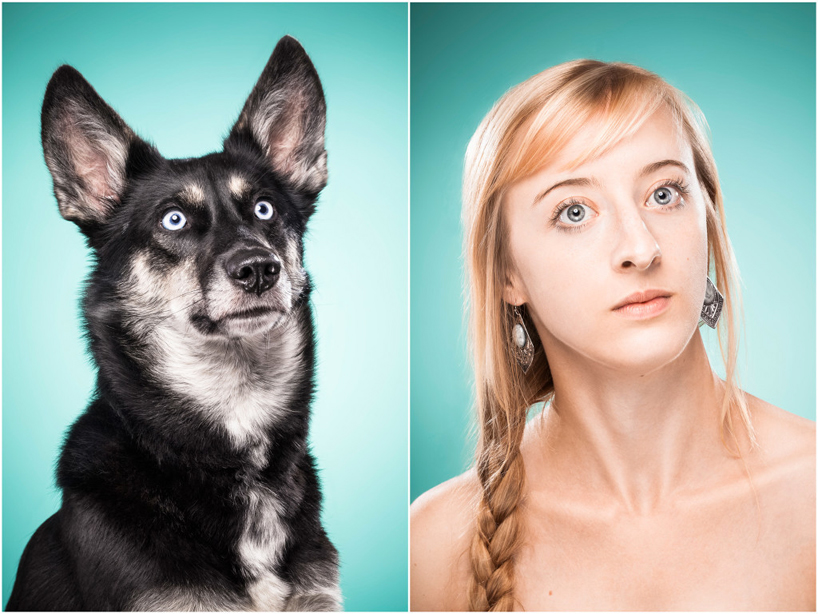 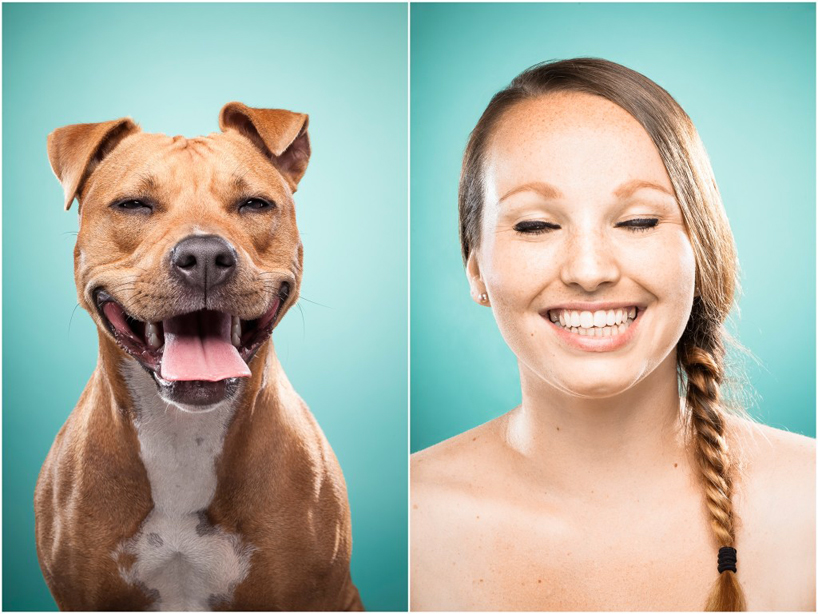 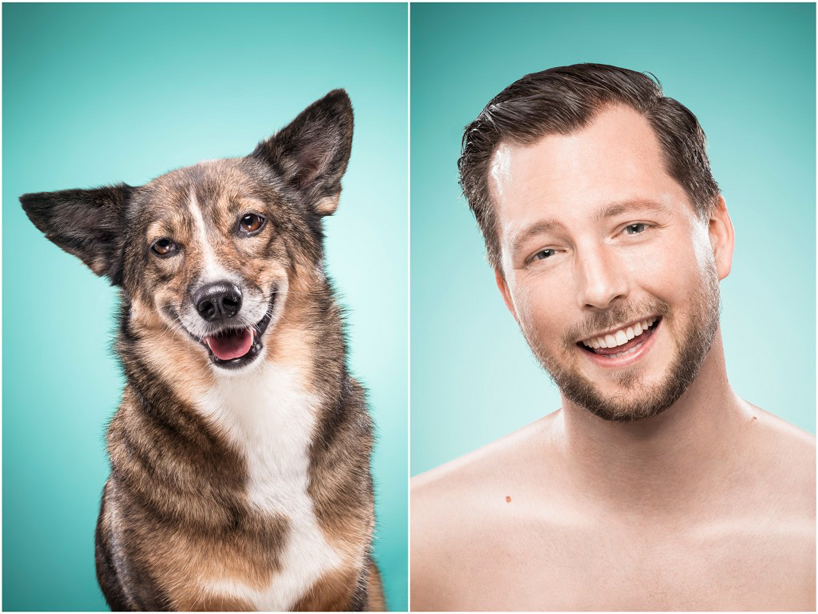 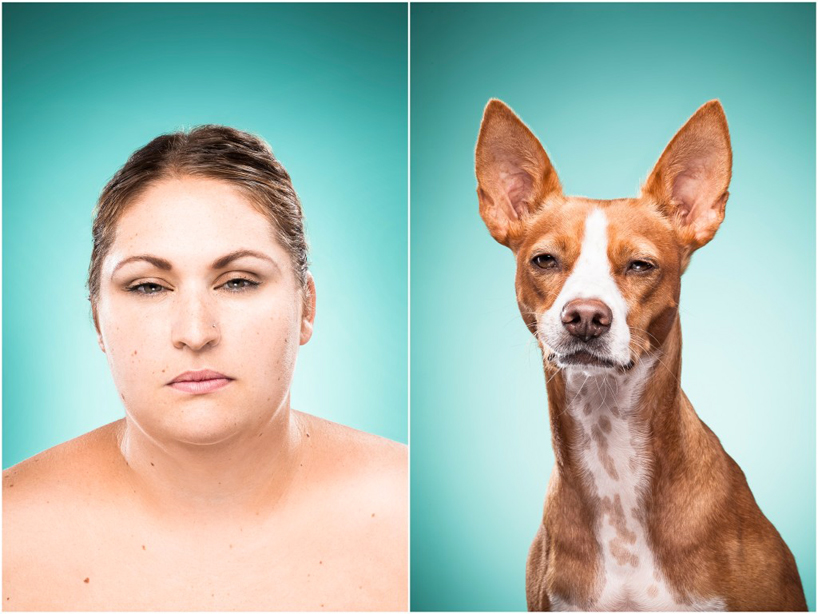 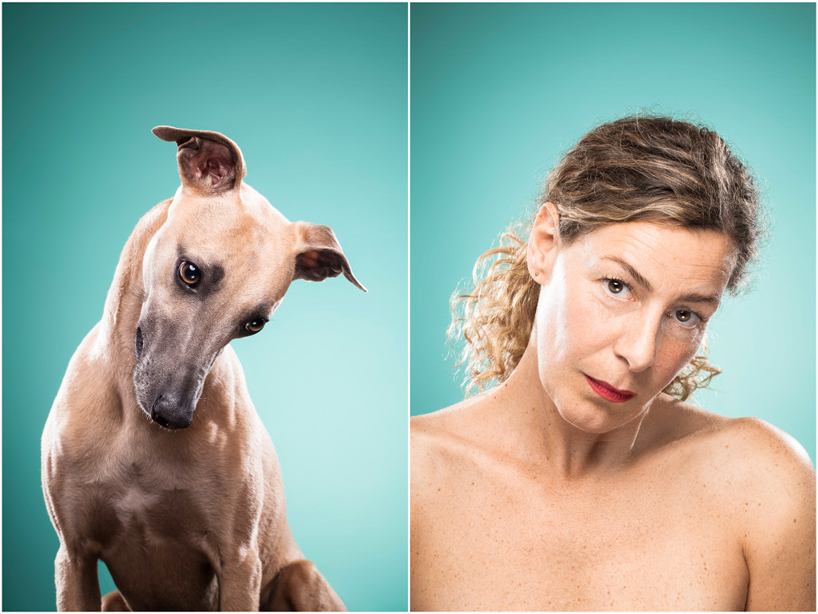 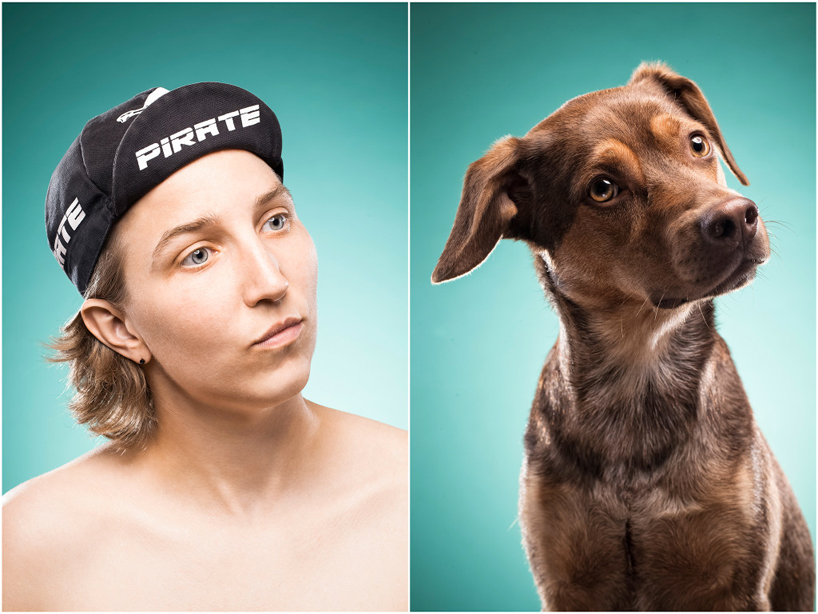 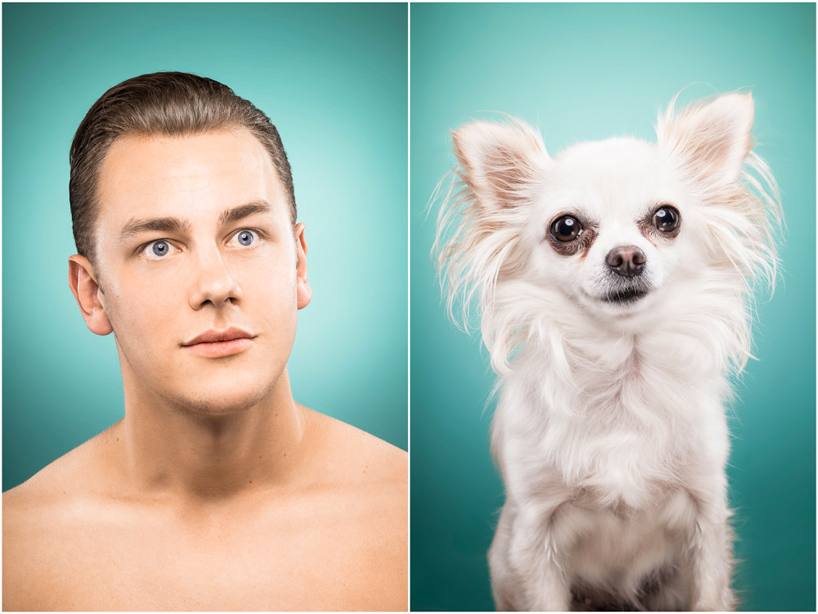 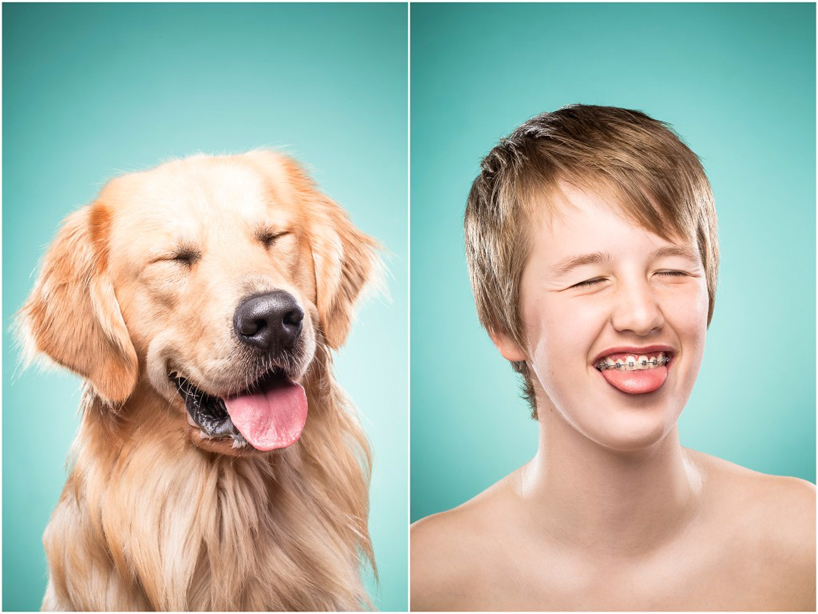 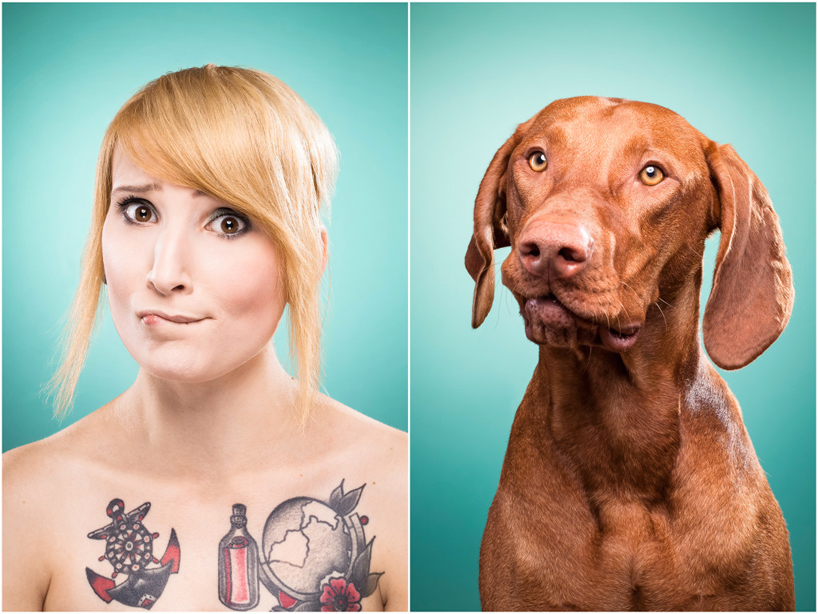 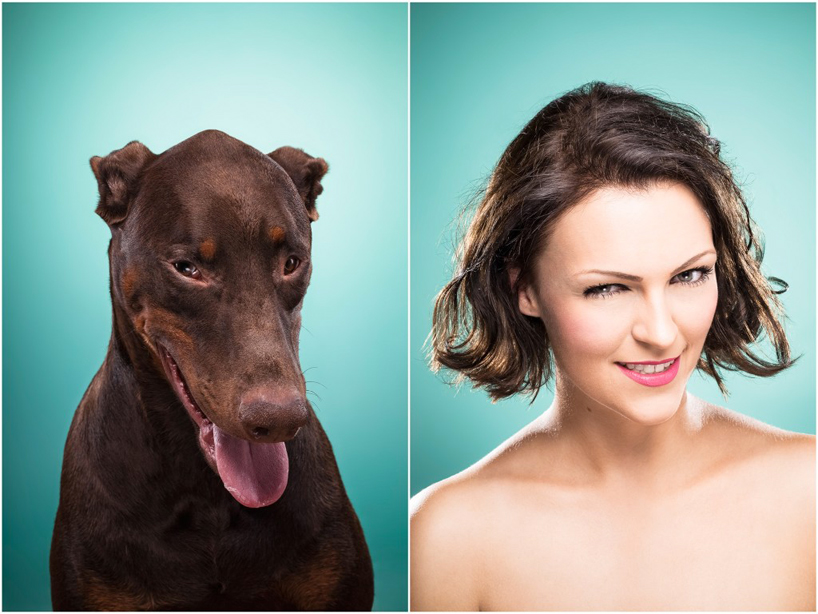 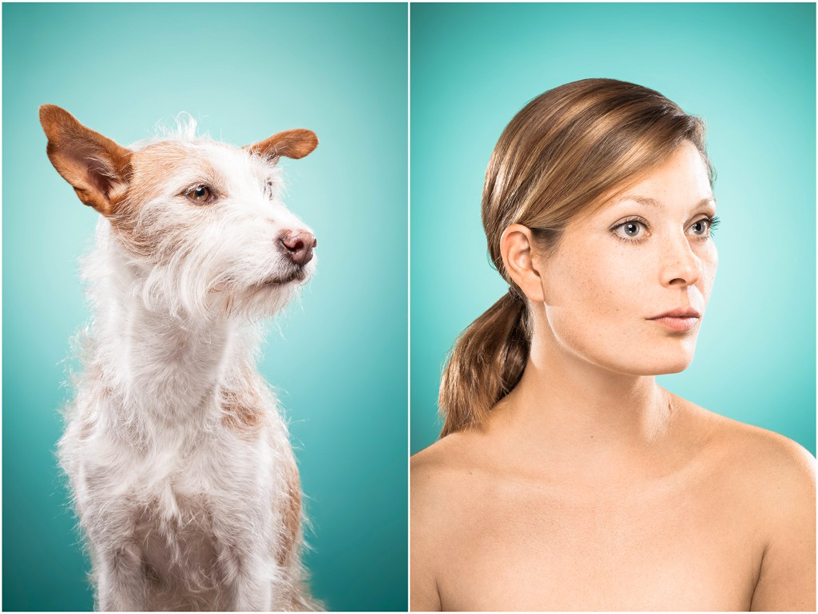 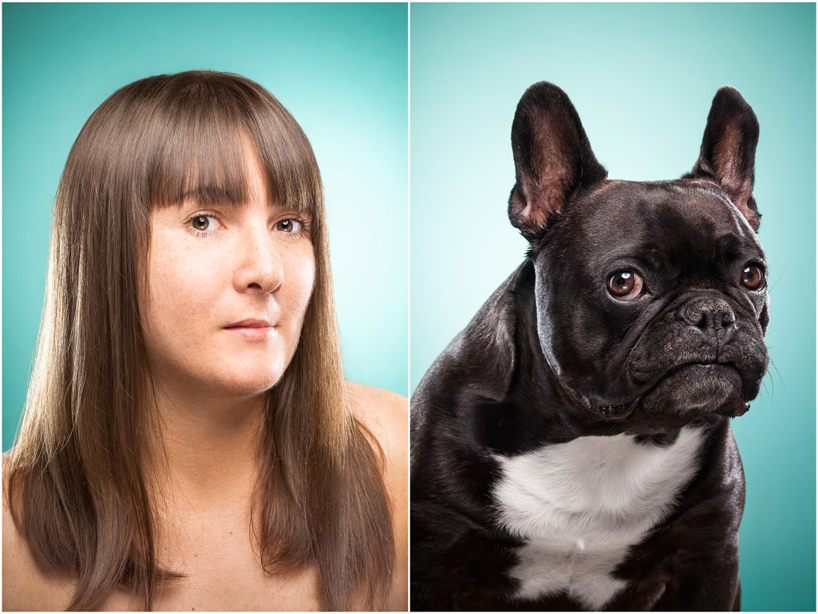