‘infiniti passion’ by shinji nukumi, on show at the stockport infiniti center which opened in october 2011 image © mike dodd

INFINITI luxury performance automotive brand, is pleased to announce the winner of ‘inspired performance’, the first theme of their international digital art competition.

japan-born, shinji nukumi, triumphed at the evening’s launch on march 22nd of europe’s 50th INFINITI centre in marseille, south of france. the digital artist, who collaborated with the japanese NBBR design consultancy, scored the majority of the votes cast by guests during the opening ceremonies of europe’s newest INFINITI retail outlets from the installations presented by the category’s six finalists.

the 37-year old from tokyo was awarded a prize of EUR10,000 for his outstanding installation entitled ‘infiniti passion’, by bernard loire, INFINITI ‘s vice president of europe and the middle east, before the evening’s 500 VIPs. they included stars from the olympique de marseille football team, french media, fellow contenders, as well as the INFINITI contest’s global partner, designboom.

the winning artwork is a design composed of a series of eye-catching projections on to an INFINITI G coupé model, which focuses on the ‘inner’ dimension of the car in order to be able to see the potential of the marque. hidden projectors above and alongside the vehicle make fire, rocks, rain, water, construction parts, paint, and leaves appear to be cascading into the car’s body, filling its interior. all of these elements hold some material or symbolic connection to the ‘inspired performance’ underlying the construction of an INFINITI car.

see shinji’s original submission to the competition, or see more photographs of ‘infiniti passion’ in designboom’s article about the infiniti gallery and showroom opening in stockport, UK.

video of ‘infiniti passion’ and interview with designer shinji nukumi 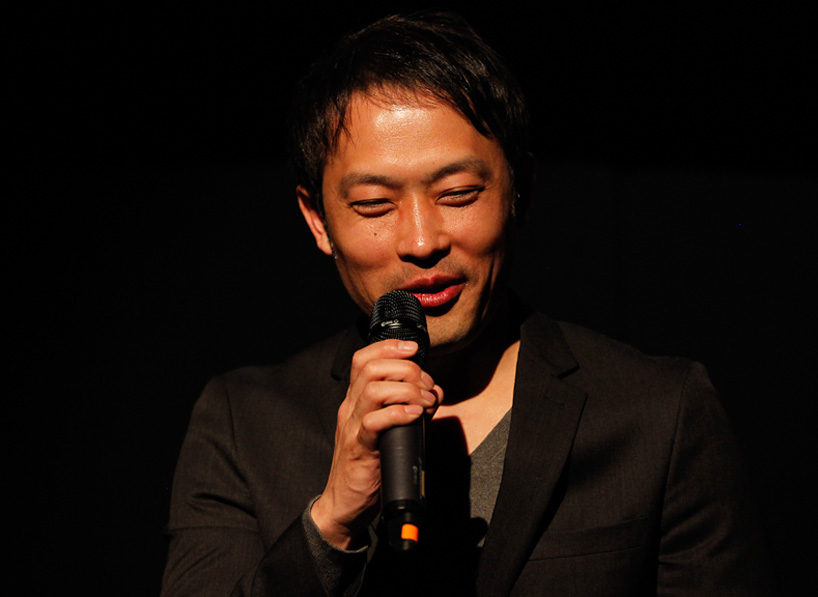 commenting on the ceremony celebrating the first theme of the infiniti digital art competition, jean-pierre diernaz, a jury member for ‘inspired performance’, and marketing director of INFINITI europe, said: ‘we would like to congratulate shinji nukumi and NBBR on his remarkable achievement for which he should be proud. the contest has so far been a veritable success, and we have brought hidden talent to the forefront of the public eye through exploring the ‘inspired performance’ philosophy which lies at the heart of our brand. the contest revealed works of exceptional quality and clearly underlines the creativity and passion for art which exists across the globe. this is a solid foundation for which to continue building this truly international digital art competition.’

winner shinji nukumi, added: ‘perhaps no other competition evokes a sense of possibility more than the INFINITI competition. the hosting of these events and the prototyping of our artwork has been a lot of work and involved great talent and passion for art.  I personally would like this competition to be held with vigor for years to come, as a medium through which artists around the world can express themselves.’

531 designers from 71 countries had participated in this first edition of the competition and last fall on designboom we showcased the six shortlisted designs. from these six projects, one final winner was selected by popular vote, based on an online and on-site voting held after these exhibitions.

jackson tayler in front of his artwork image © designboom 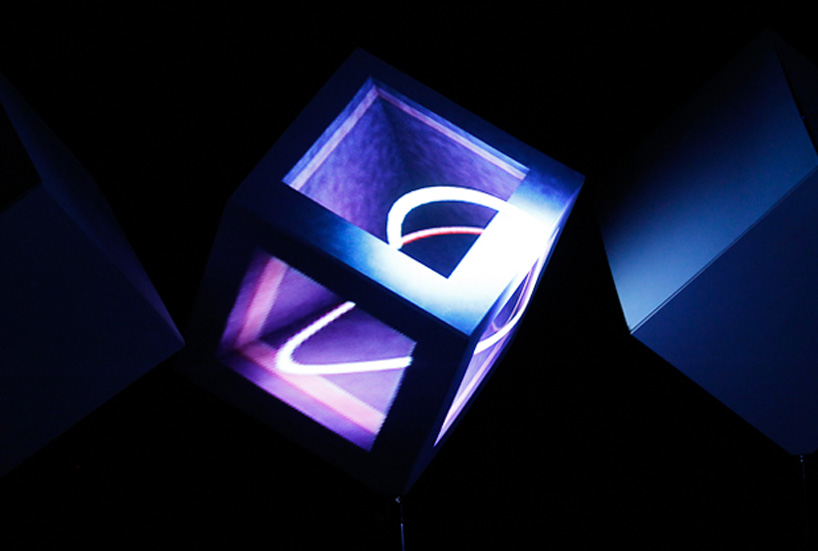 shortlisted entry ‘synthesised by nature’ by jackson tayler (UK), on show during the awards ceremony 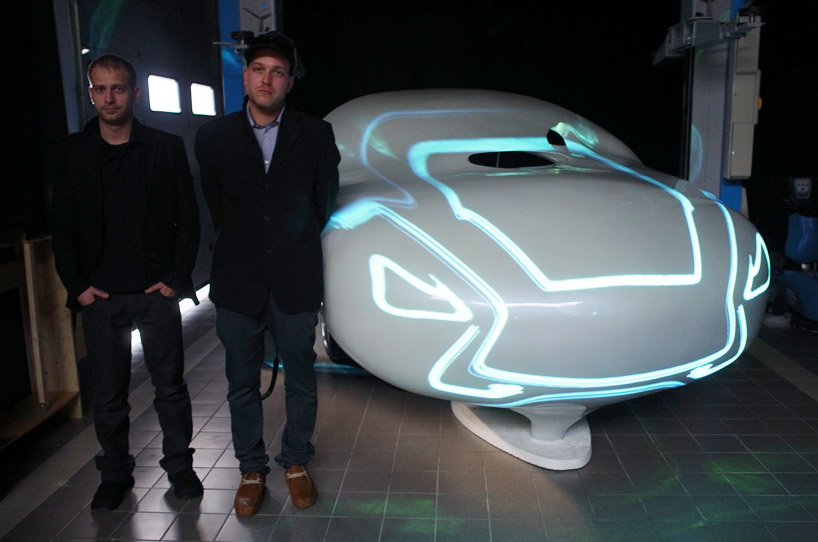 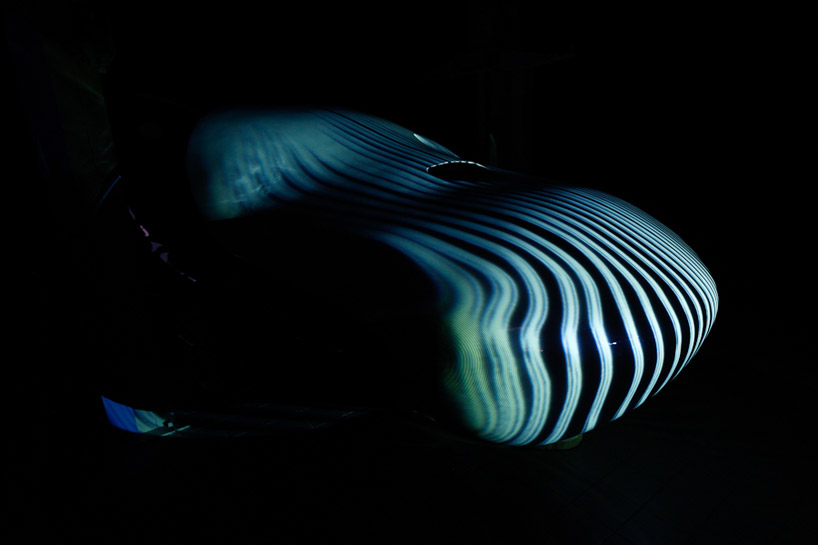 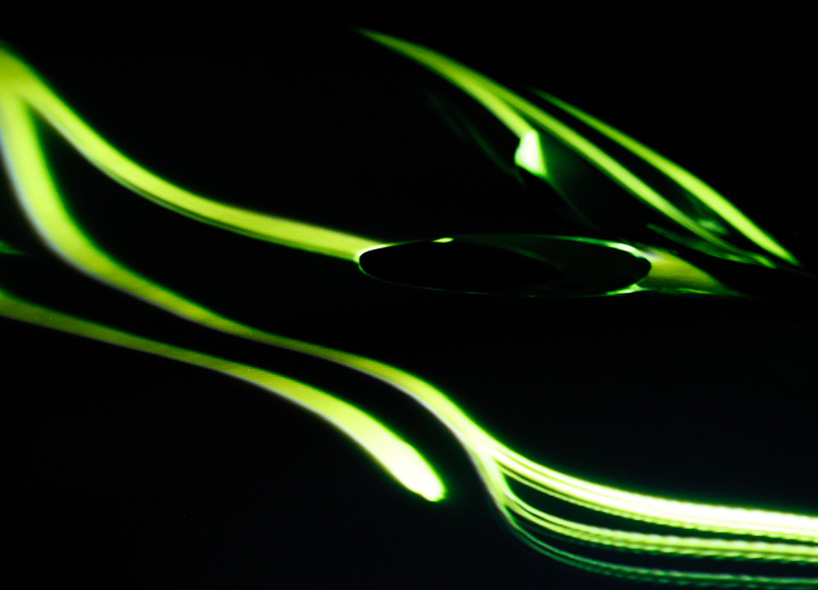 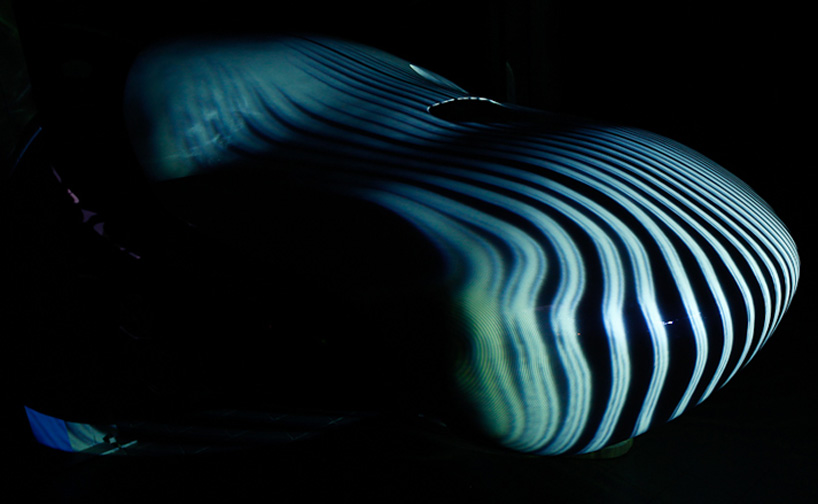 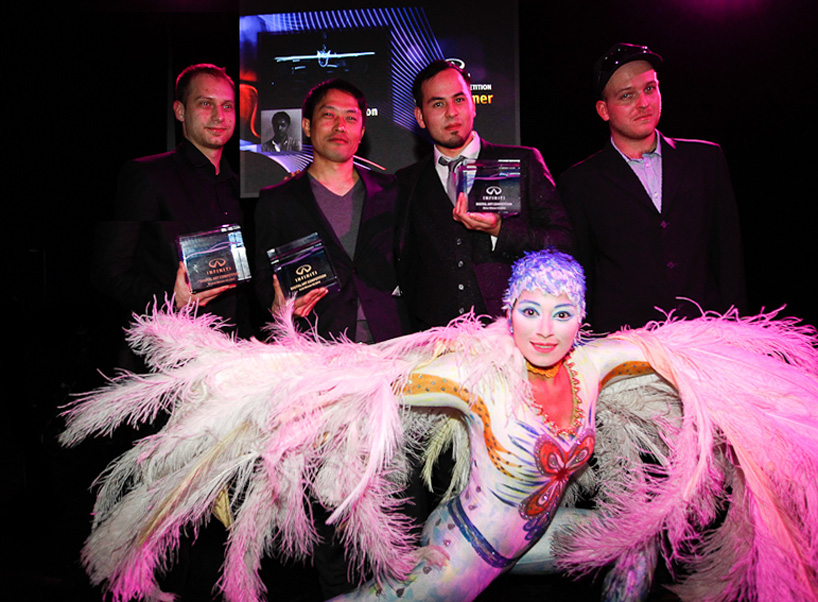 the three shortlisted designers whose work was on show– nukumi shinju, juraj rattaj, and jackson tayler – were all in attendance, amidst jury panel members and VIPs from throughout france and europe. 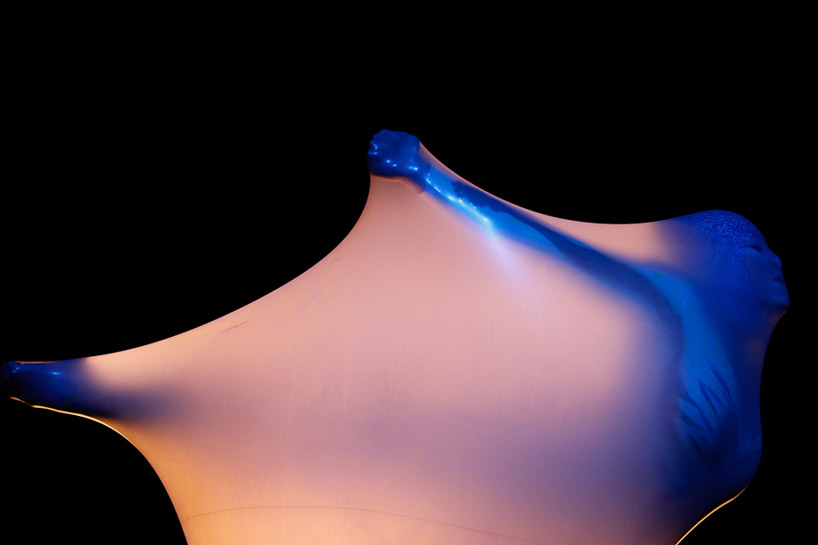 visitors to the official inauguration of INFINITI centre marseille equally enjoyed an exclusive performance from members of the cirque du soleil cast. 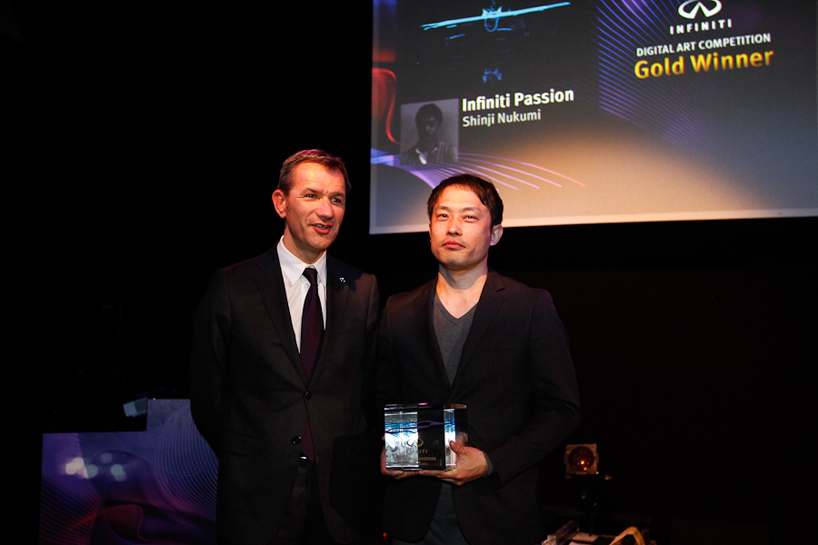 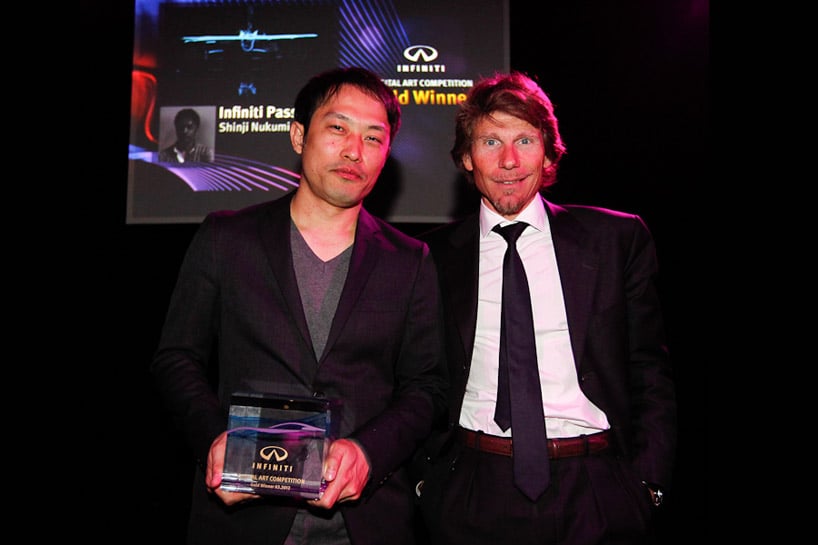 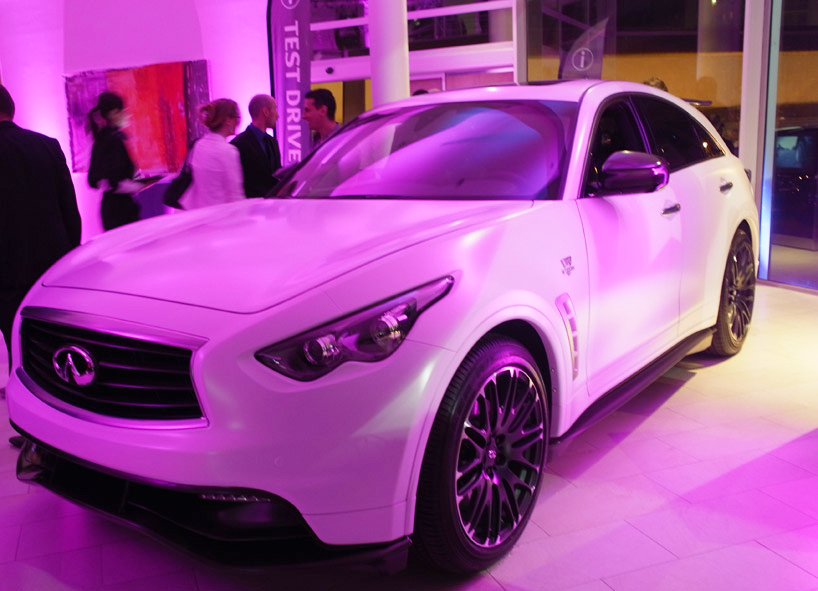 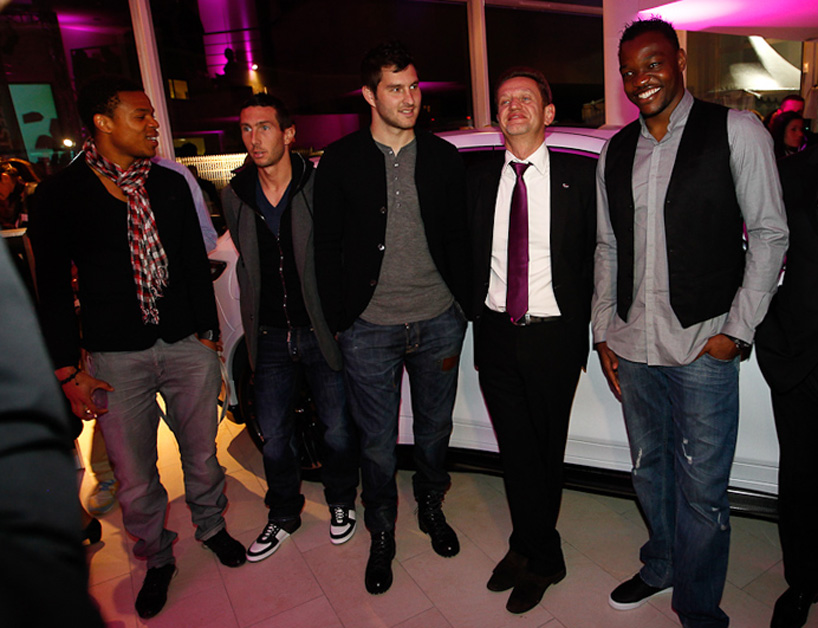 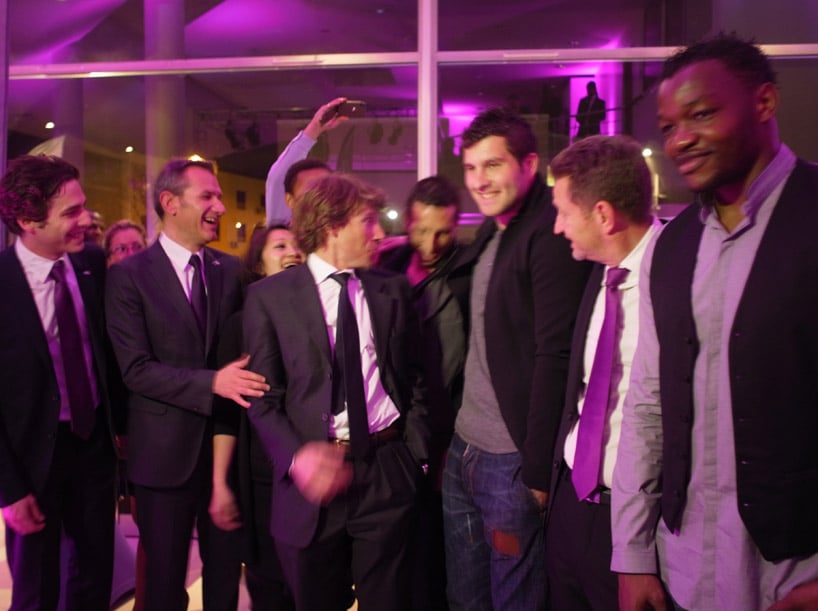 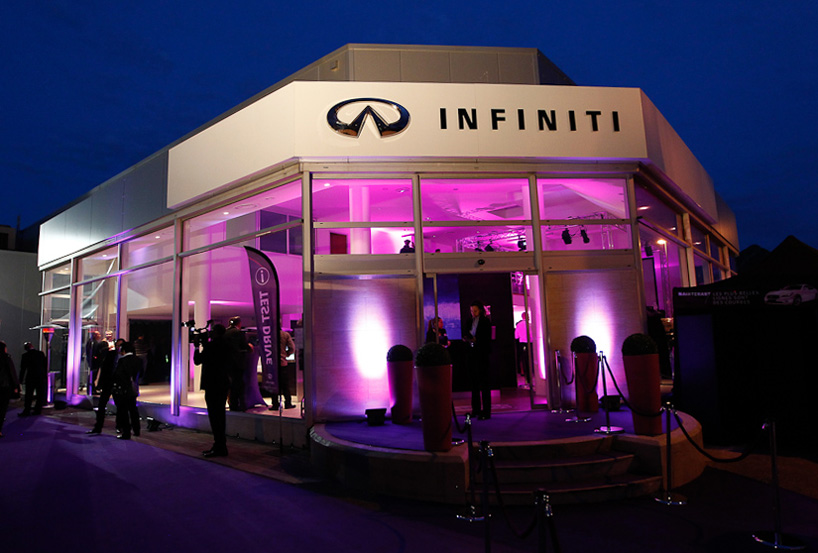 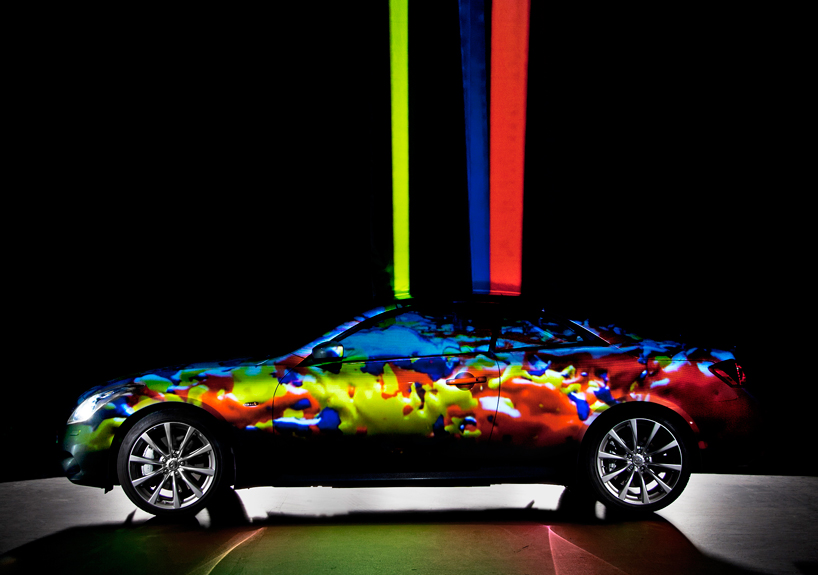 digital art at the infiniti center in stockport 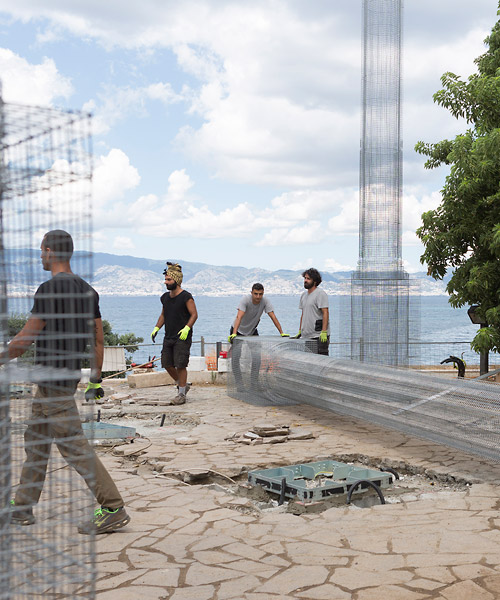 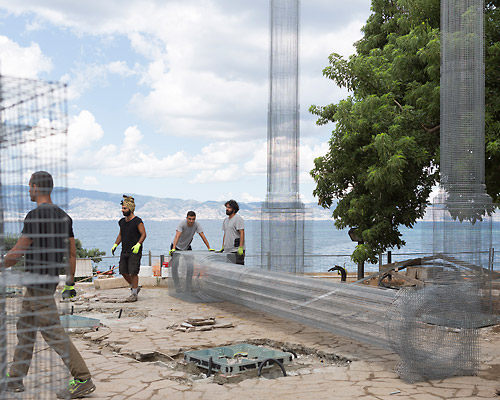 designboom is currently on site to document the set up of the artwork as it takes shape ahead of its scheduled opening this autumn.

designboom is currently on site to document the set up of the artwork as it takes shape ahead of its scheduled opening this autumn.

×
keep up with our daily and weekly stories
508,329 subscribers

keep up with our daily and weekly stories
508,329 recipients