suspended as a net, as if it has been dragged up from the depths of the sea, it is a ball of matter that has attracted more of dias’s wire creatures, which appear to be feasting on it. 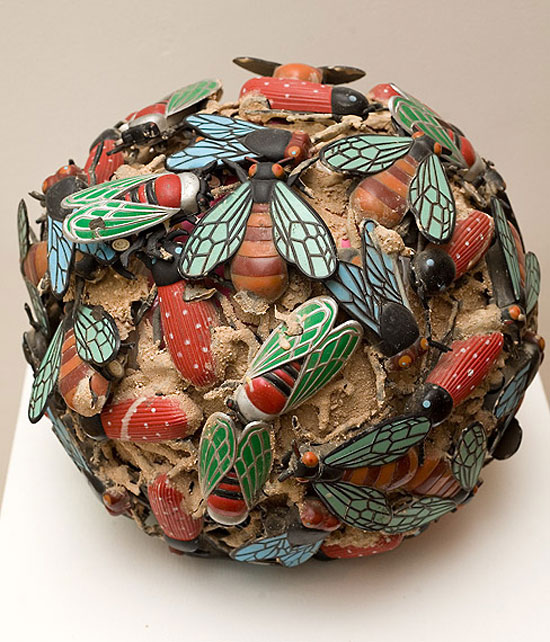 jorge dias works in sculpture, installation and painting. dias is a founding member of muvart, a collective of contemporary artists in mozambique. he is also an art teacher and mentor to other mozambican artist. in an untitled work produced for the national museum in maputo, mozambique jorge dias made an installation of differently colored boxes that he invited viewers to rearrange as they pleased.

this is what dias said of his work: ‘ i have become interested in the relationships between human beings. i observe and absorb their behavior, as individuals and in groups. i research the way they relate to each other, in their home, leisure and professional environments. i am interested in the way they treat the objects surrounding them, how they organize them in the context in which they are found, at the limits of their capacity and in the midst of great need.’

dias was born in 1972 in maputo, mozambique and he still lives there.