JR’s multidisciplinary solo exhibition, in the heart of mayfair, is to be housed by lazinc (formerly lazarides), at their new, two-story gala on 29 sackville street. the site will present comprehensive views of JR’s installation practices, from studio conception and sketches to full-scale execution. 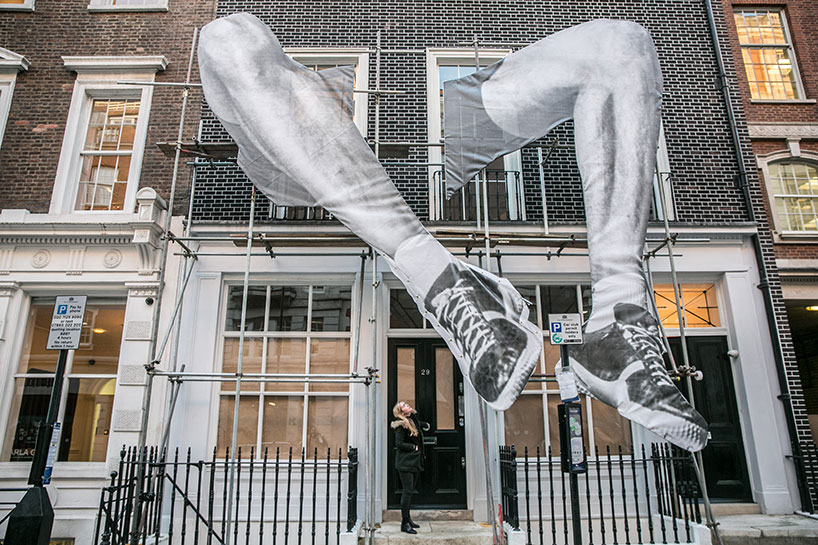 never before seen plans, prototypes, preparatory notes, photographs — the gala doors will try to hide a ‘behind the scenes’ perspective of JR’s previous exhibit, giants, but will ultimately, intentionally, fail to withhold one giant pair of legs, protruding from the second-story windows. this kind of open presentation will be a first for the artist’s series, outside of private studio visits. 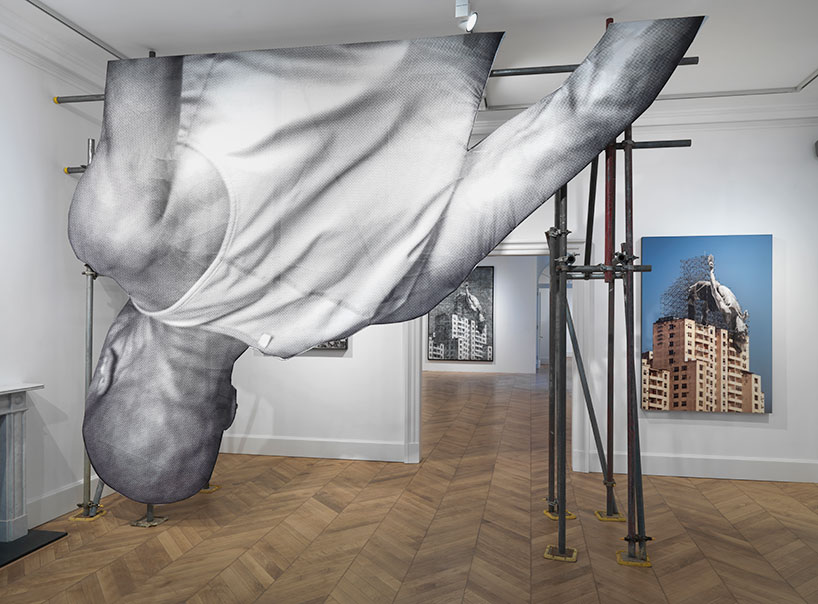 installation view of JR giants — body of work | all images by ken adlard, courtesy of the artist and lazinc

giants was originally a series of 3D outdoor sculptures, featured across rio de janeiro, depicting athletes whose blurred identity was defined by the ‘perfect motion’ of an instantly-recognizable olympic (diving, high jump, swimming) event. in addition — via previously mentioned protruding legs — an entirely new image will be used to re-create a giant installation on the exterior of lazinc gallery, for the opening of the show on sackville street, this january. 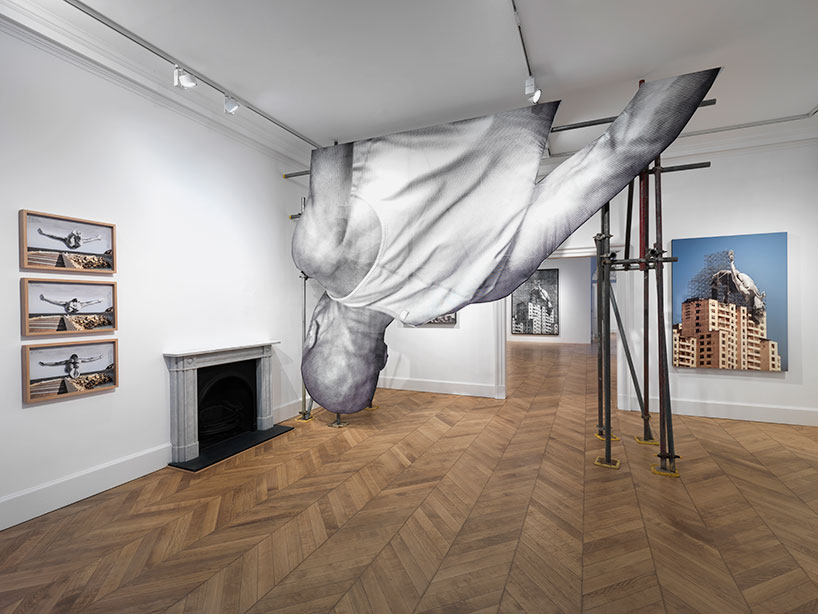 TED- prize winner JR has been working with gala owner, steve lazarides, since 2008 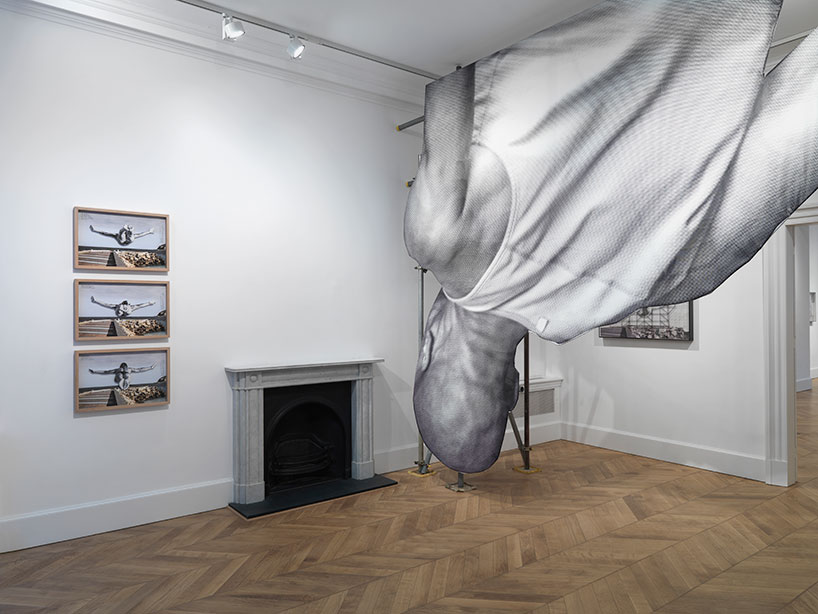 his city-sized installations use scaffolding to hold in place 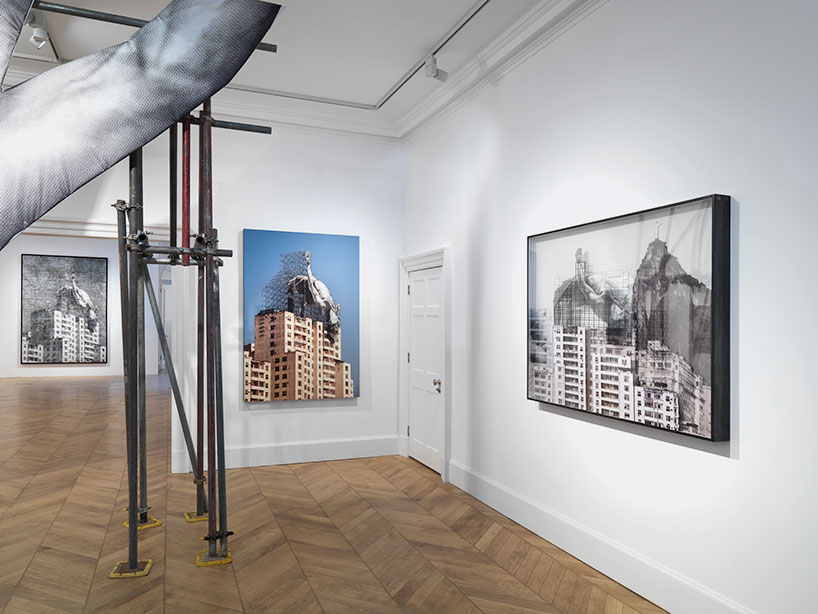 the gala will house concept from early sketches, to life-sized prototypes 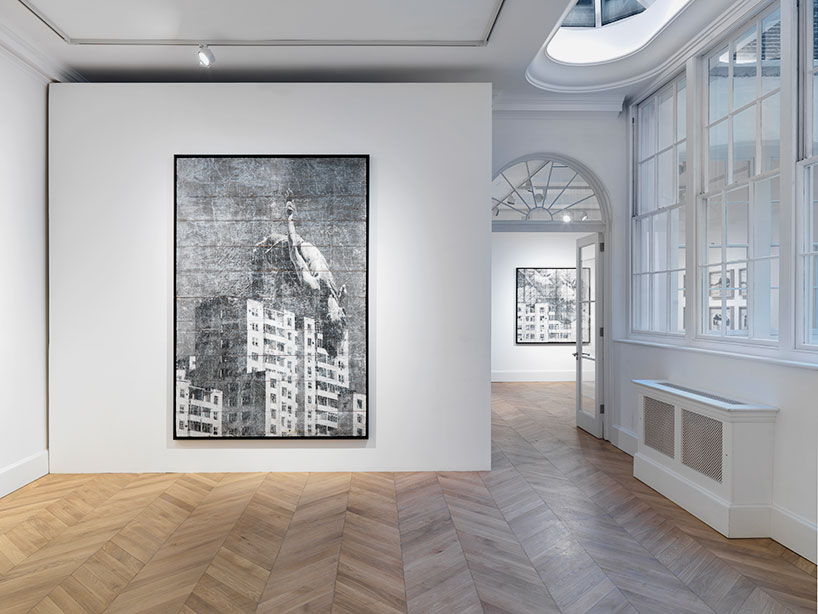 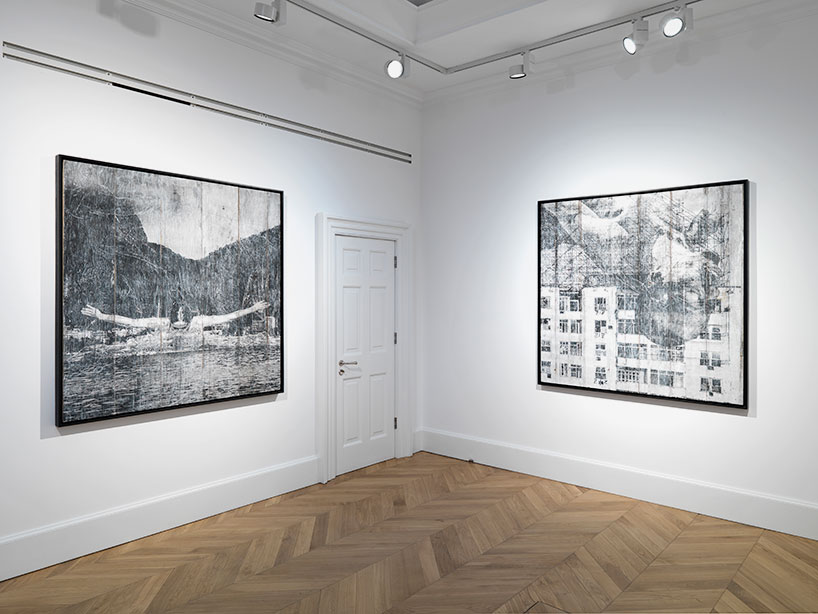 JR exhibits freely in the streets of the world, catching the attention of atypical museum visitors. 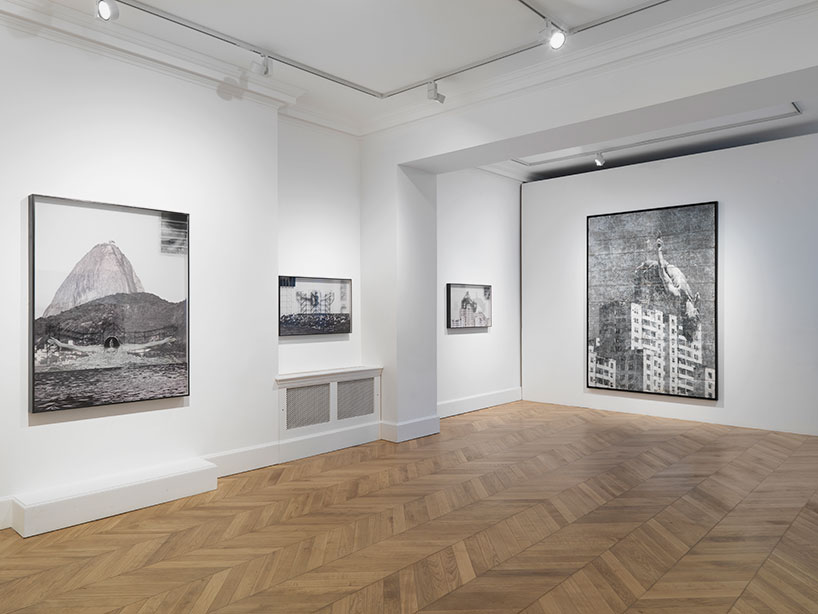 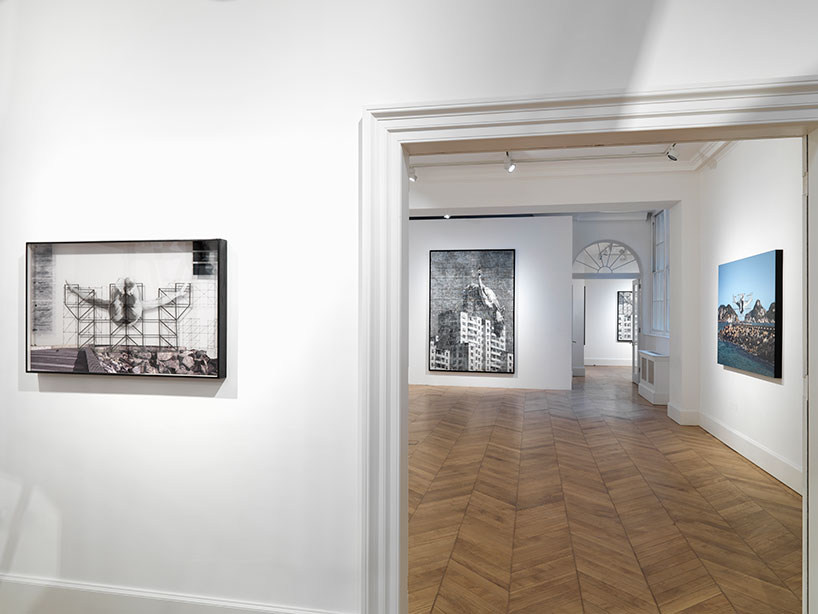 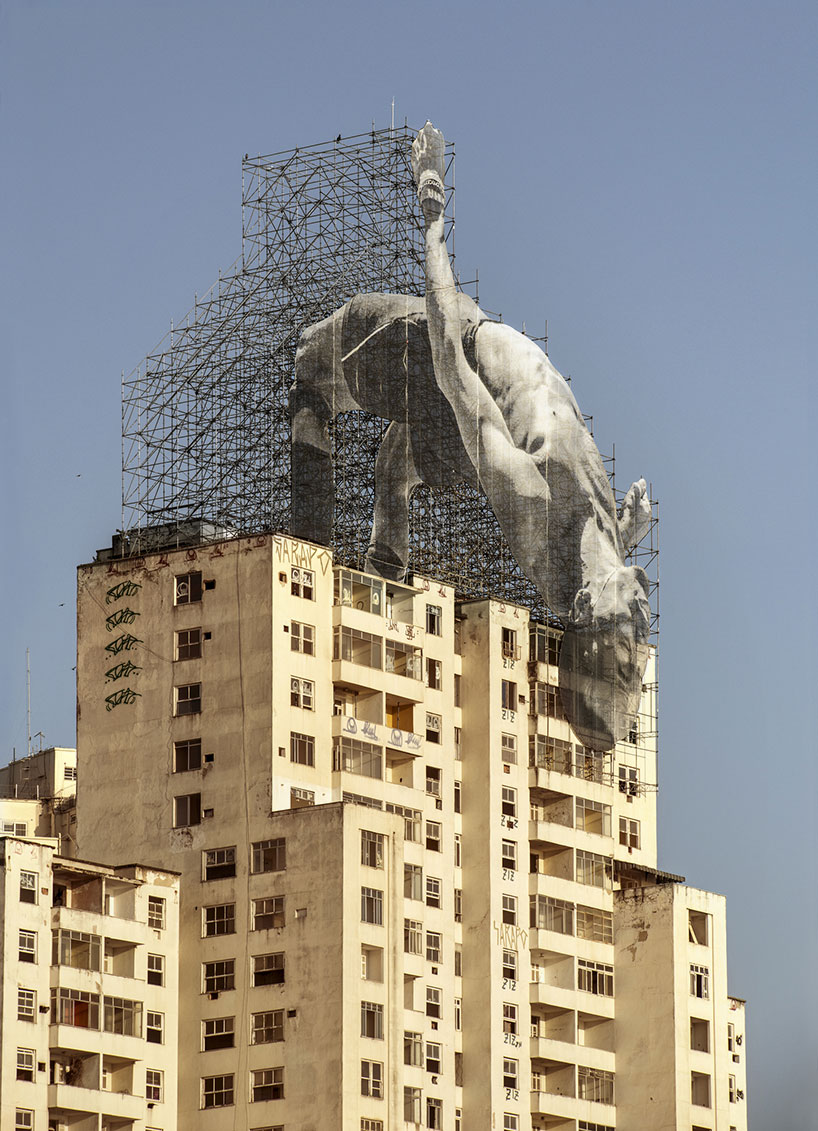 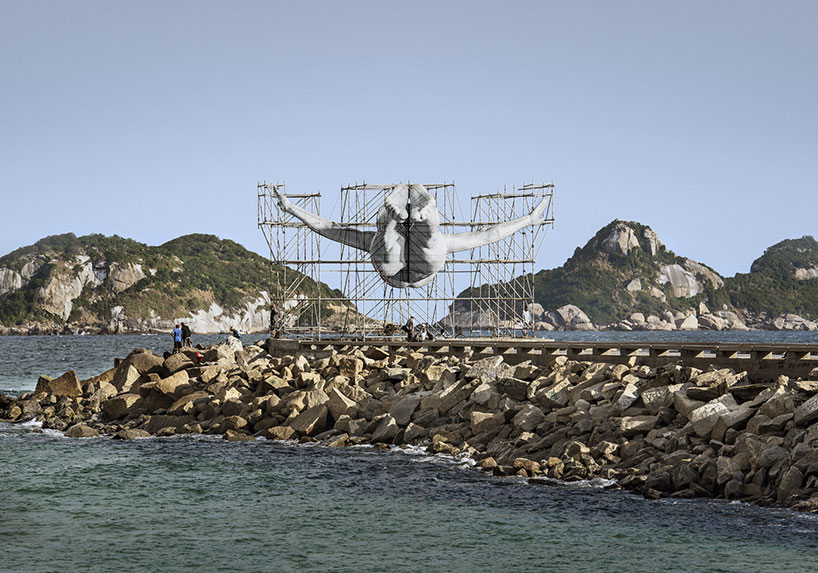