launched in 1996, the shanghai biennale is the first international biennial of contemporary art in mainland china and one of the most influential art events in asia. in 2020, for the first time, the biennale will operate as an eight-month, evolving event conceived as a collective undertaking by artists, activists, and institutions. the biennale will unfold in three phases between november 2020 and june 2021. to realize this ambitious proposition, shanghai’s power station of art — the event’s organizer and permanent venue — appointed a curatorial team led by architect and writer andrés jaque.

to learn more about the 13th shanghai biennale we spoke with chief curator andrés jaque, who introduced the event’s theme and how it relates to its main venue — the power station of art. read the interview in full below. 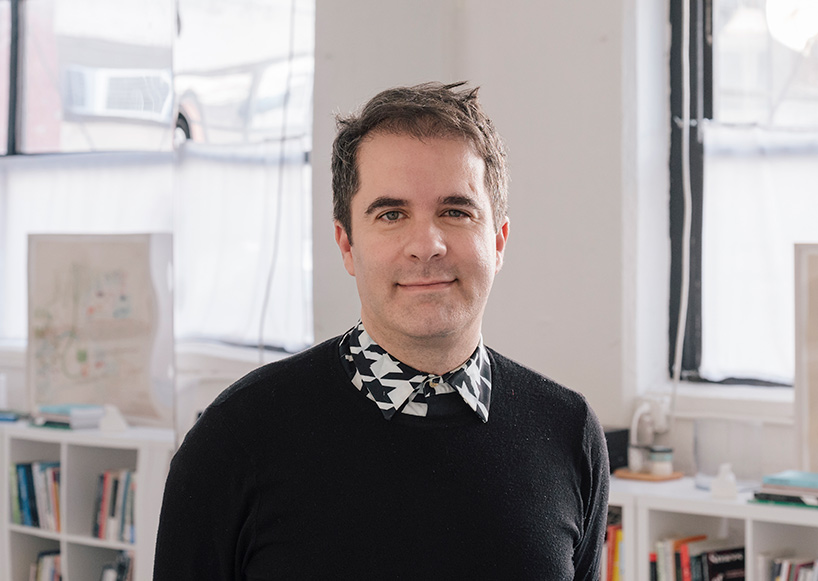 designboom (DB): can you start by introducing the theme, and some of the topics you hope to explore with this biennale?

andrés jaque (AJ): the 13th shanghai biennale is titled ‘bodies of water’, and it will reflect on the way human bodies are interconnected with other bodies, with infrastructures, landscapes and environments; through diverse forms of fluidity. breathing, sueding, menstruating, flushing, discharging, ejaculating, feeding, transfusing, decomposing are all bodily features that challenge the notion of the individual bodies as self-confined. they allow to question the collective forms of wet-togetherness, as the sites where the potentials, alternatives and challenges that shape the planet can be experienced, sensed and intervened.

the curatorial team of the 13th shanghai biennale is composed by you mi, marina otero, lucia pietroiusti, filipa ramos and myself. each of us contribute to this inquire from different perspectives and sensitivities. the biennale approaches ‘bodies of water’ as a collective conversation that convenes artists, thinkers, activists and the public to experiment with bodily forms of environmental engagement. 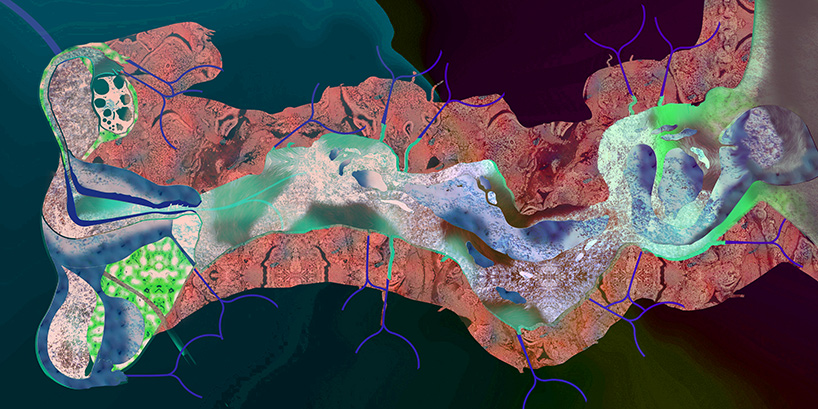 concept image of the theme, produced for the biennale by paula vilaplana de miguel

DB: what aspects of shanghai, and the power station of art, make it a fitting venue for this theme?

AJ: the shanghai biennale is the oldest and best attended art biennale in china. its main venue is the power station of art, a former electric power station placed in the huangpu river bank. this building, that now is shanghai’s most important contemporary art museum is directly related to the modern development of the city.

this power plant fueled the industrial development of shanghai’s yangpu bund (a 20-mile long riverfront industrial district). but this building is also imbricated with the historical exploration of an entire region. a steady flow of cargo boats sailed along the yangtze river — that results from the melting of the glaziers of the tibetan plateau — to bring the coal extracted along the river to this power station. these flows — ice melting, coal extraction, energy production — are all part of the way shanghai’s industrialization. a process that transformed the city, but also its population; contributing to turn a city of fishermen, farmers, traders and artisans into a gigantic industrial working force; by reconstructing the daily life and the bodies of shanghai’s population. 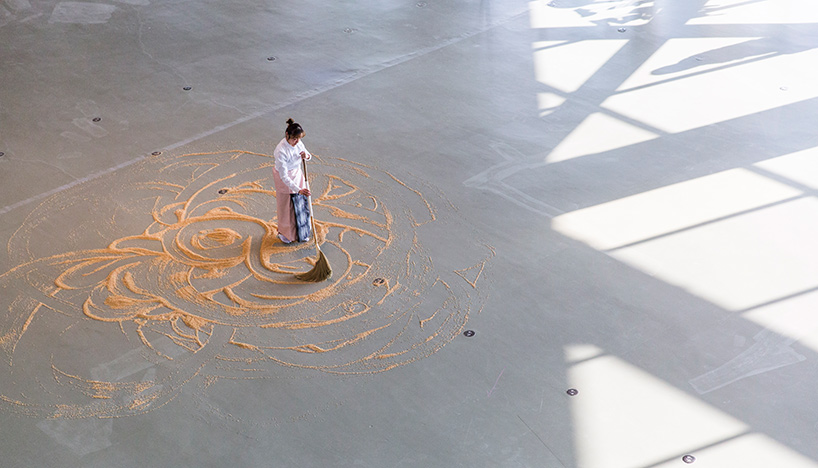 AJ (continued): these ecosystem of entangled circulations are embedded in the materiality of the building of the power station of art. as its large pipes express, the PSA building is just a node in extended systems on interdependencies and flows. this biennale will work with the buildings of its different venues not as mere containers, but as actors and subjects with whom art works will interact.

the biennale will not be contained in the building of the power station of art, instead it will expand along the huangpu river, occupying key points along the yangpu bund, along the yangtze river and across the city of shanghai. we consider the entire body of water that connects the tibetan plateau with the yangtze river delta and the oceanic system the actual site where this biennale is situated. 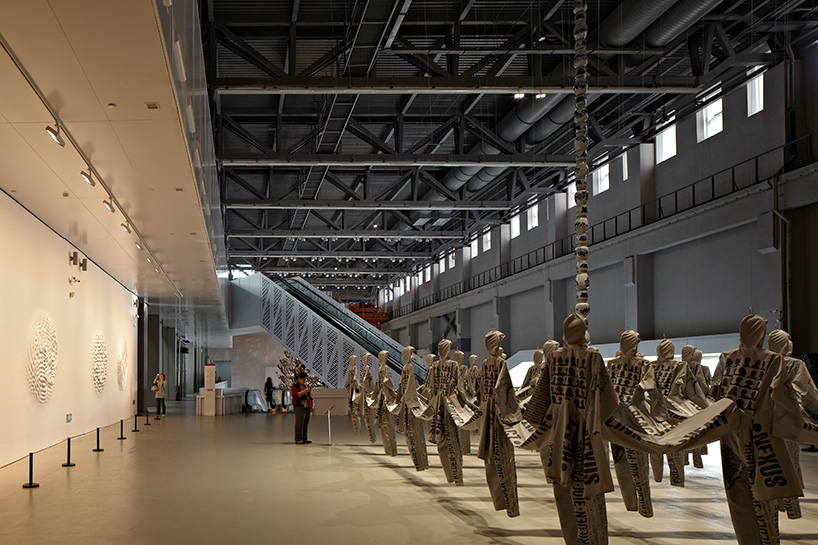 DB: how will your background in architecture inform your curation of the event? how will the four other curators engage in the process?

AJ: art is not autonomous, its great power comes from its entanglement with all forms of knowledge, inquire, expression and sensing. it is a great excitement to work on this biennale with such a team of passionate and intelligent curators, each coming with different baggages and expertise. rather than dividing the tasks, we decided to engage on a collective discussion and to taking all major decisions together. for me this is a great way to work, because it allows to learn from each other and to built together ideas that go beyond what each’d have thought individually.

it is true that you mi, marina otero, and myself have a background in architecture, but I must say that the entire team share a passion to reflect on the importance of the places where we work, and also an interest to being attentive to practices that are happening in the intersection of art, architecture and design. 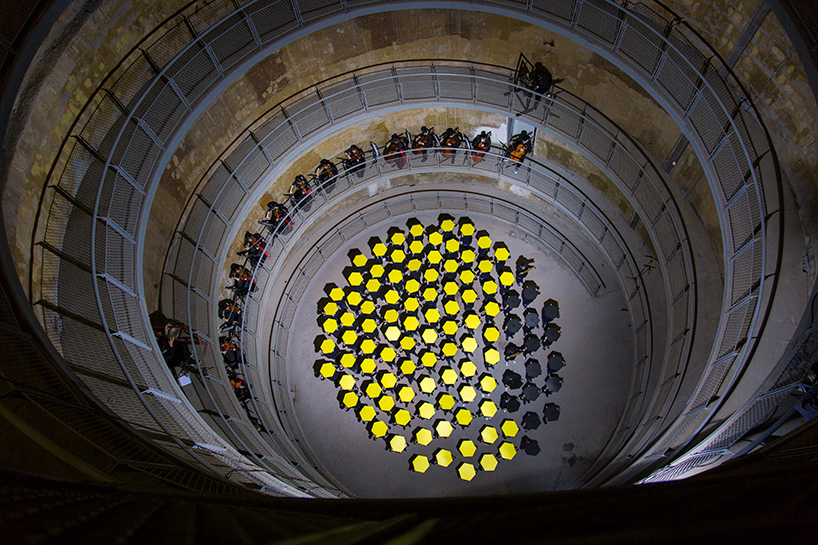 DB: beginning in november, the biennale will operate as an eight-month, evolving project. how did you decide upon this format?

AJ: this biennale will be inviting a large number of extremely vital artists to engage with collectives, activists, makers, thinkers, scientists to produce new works. the extension of the biennale as an 8-month expended event is intended to make it possible for the process of these new works to be developed to be witnessed and participated by the audience of the biennale. this collective production of the biennale as a participated process challenges the common idea of a biennale as a blackbox, where the outcome is presented as a final result. this biennale will be nurturing a social constituency of artist that will engage on forms of cooperations that will be open as a calendar of events, and opportunities for gathering.

AJ (continued): the biennale will start in november, with a gathering where artists and researchers will present the first stages of their works, in the context of a 4-day conference where art students, artists, curators and the general public will be invited. from november to april the biennale will develop as a cascade of events happening both online and offline. these events will intervene the on and offline spaces where interaction is now located. radio stations, TV shows, a movie theater at the rooftop of the PSA, delivery services, different independent art spaces along the yangtze river, universities… will be enrolled as the places where the biennale will keep being developed.

on april 9th, an exhibition expanding from the power station of art to the city, and to different locations along the yangtze river will open, as the opportunity to celebrate and experienced all the projects that the biennale is now undertaking. 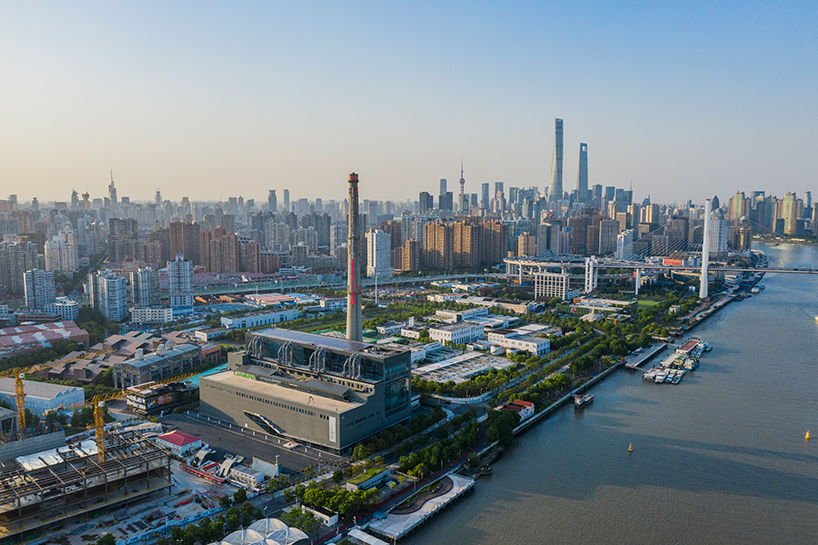 DB: what experiences and thoughts do you hope visitors, both virtual and physical, will take away from this biennale?

AJ: at this point in history humans renegotiate their relationship with others. climate crisis, environmental inequality and the growing cracks the culture of exploration shows remind us of the tensions that shape coexistence in the planet now. this biennale is an opportunity to reload and reenact the way bodies connect with other beings; as a call for alternative, dissident and necessary forms of wet-togetherness to be nurtured and cared for. 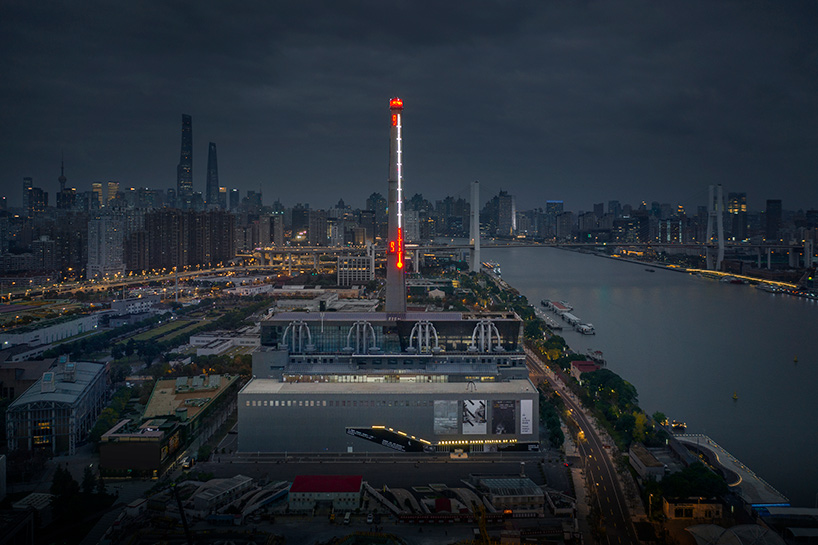 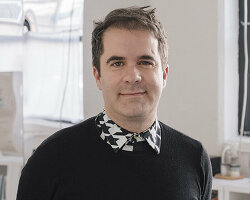 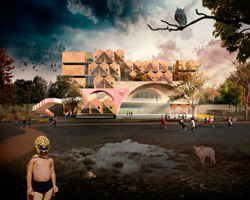 Feb 02, 2023
now complete: anish kapoor's newest 'bean' nestles into the streets of new york
the new 'bean' is snugly squeezed beneath the cantilevering slabs of the 'jenga building' in tribeca.
art
232 shares
connections: +1360
'we are nature' - interview with brazilian artist ernesto neto ahead of engadin art talks
designboom speaks with ernesto neto about hope, spirituality and nature ahead of his participation at this year's engadin art talks.
art
266 shares
connections: +120