smithe at his office in downtown mexico cityportrait © designboom

designboom: when did you think to pursue art as a full time job?

smithe: I can’t really tell you the exact moment! perhaps about 5 years ago. originally I was a graffiti writer, which I had been doing for about 15 years. as a graffiti writer I didn’t really think about what I was doing on a technical level it was just about fun and expressing myself on the walls. some friends told me that I was good enough to work in art and design and at some point I started working at saatchi and saatchi as a designer / illustrator. after a short time there I realised I wanted to work for myself as a freelance artist, as I say, that was about 5 years ago. 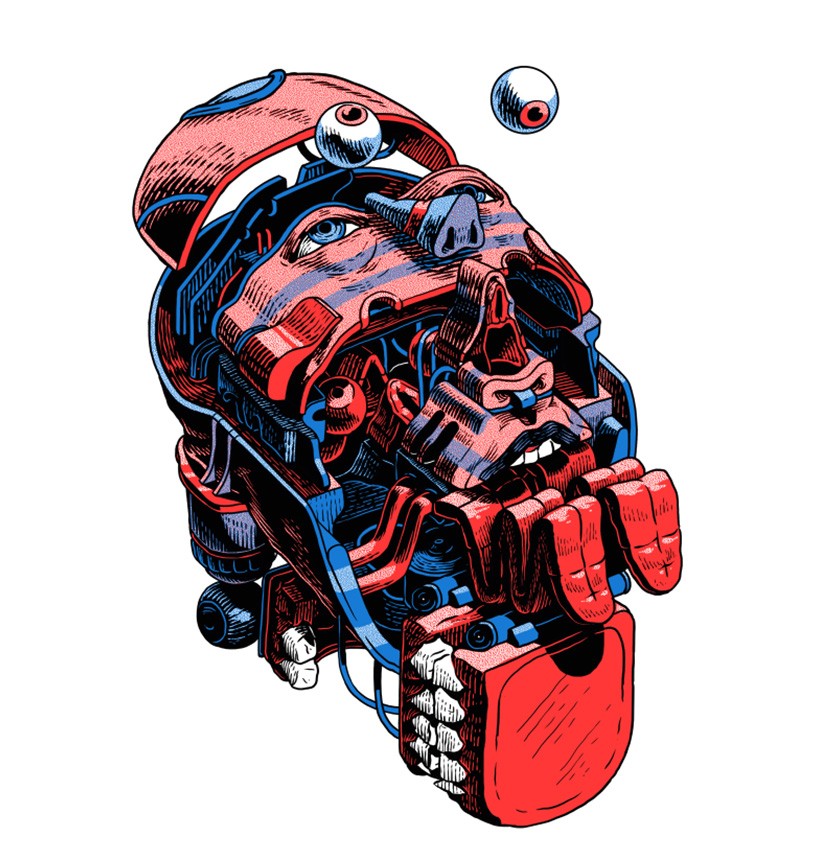 DB: who or what has been the the biggest influence on your approach?

S: I remember that my father had a big encyclopaedia of cars, each car was illustrated with an exploding diagram. those drawings made a big impression on me as a kid and when I came to start doing my own art I began referencing them but using different themes.

apart from that it’s hard to say which artists or designers work has made the most impact on me… there’s been many… my idols as a kid were the teenage mutant ninja turtles! I didn’t really know the name of any famous artists until I was older. 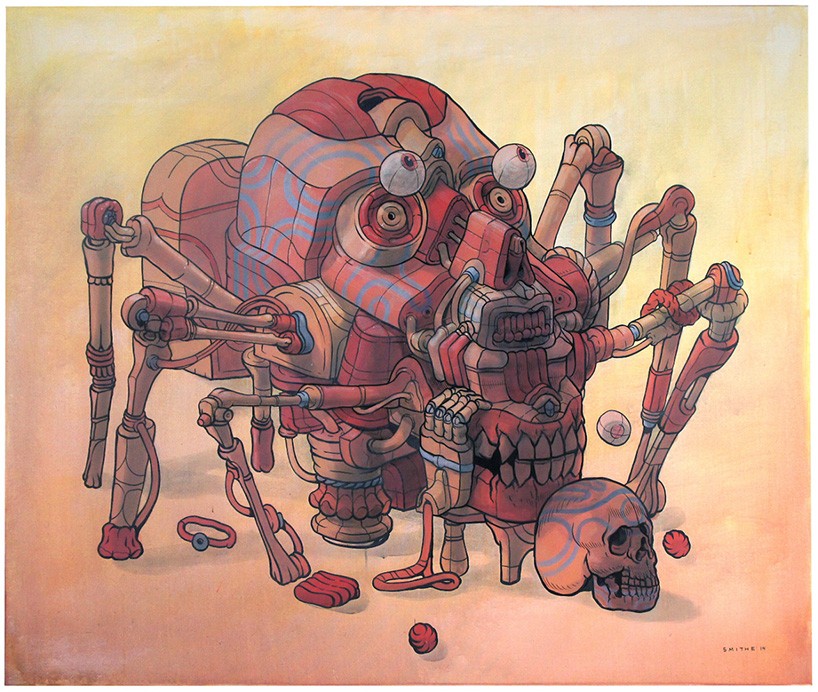 DB: what do you consider to be your best skill?

S: dancing! ha ha! only joking! I think it’s probably that I can work quite fast. I’m constantly working so I’ve gotten quick at drawing what’s in my head accurately. working in the ad industry also helped me become very quick, because you always have someone over your shoulder there, asking for changes and most projects are done in a rush. 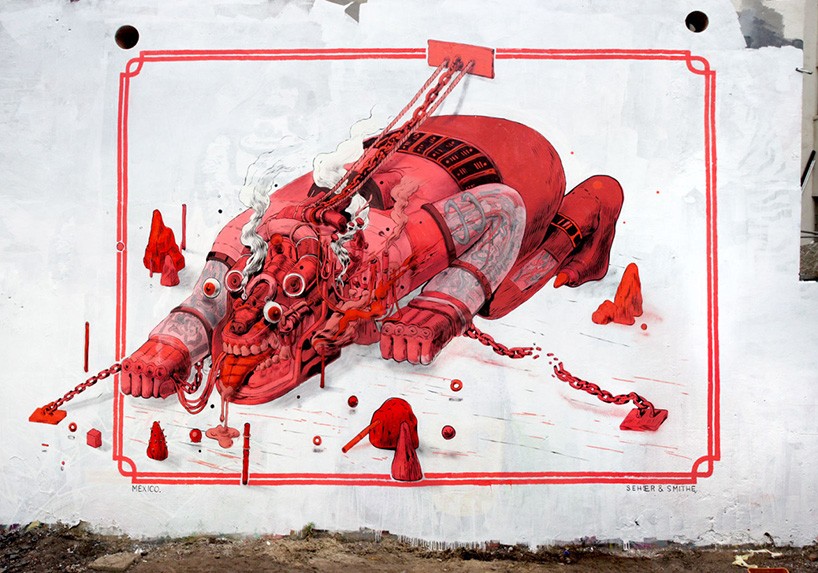 DB: … do you work fast even when you may not need to?

S: yes! because I always want to work on the next thing! I think fast so I’m already a few steps ahead in my head. 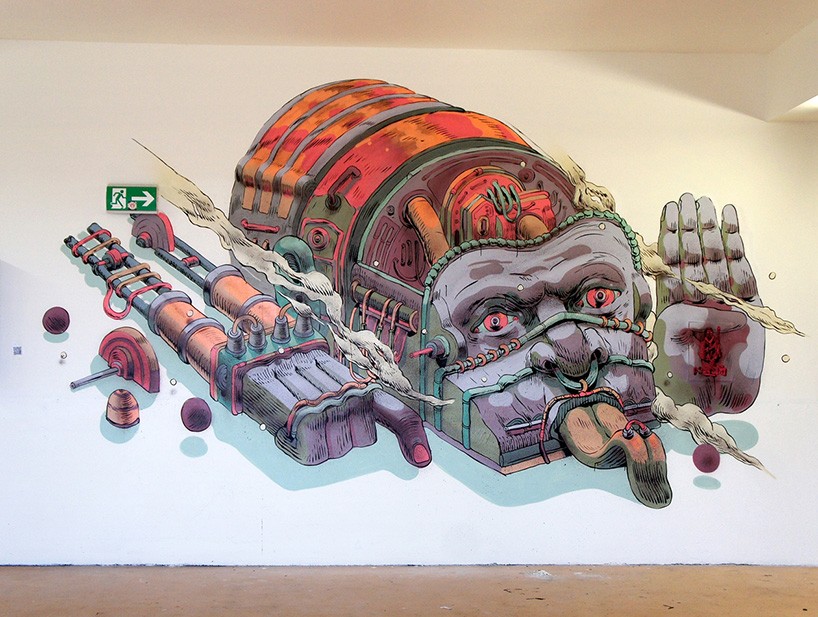 DB: are there any materials or techniques you’d like to explore in the future?

S: I would love to work in 3D more often – to create sculptures. right now I’m nearly always working in 2D, which is fine but I’m already thinking in 3D and want to explore that more. moving image or animation is also something I’d like to work with but sculpture and 3D is what excites me most. 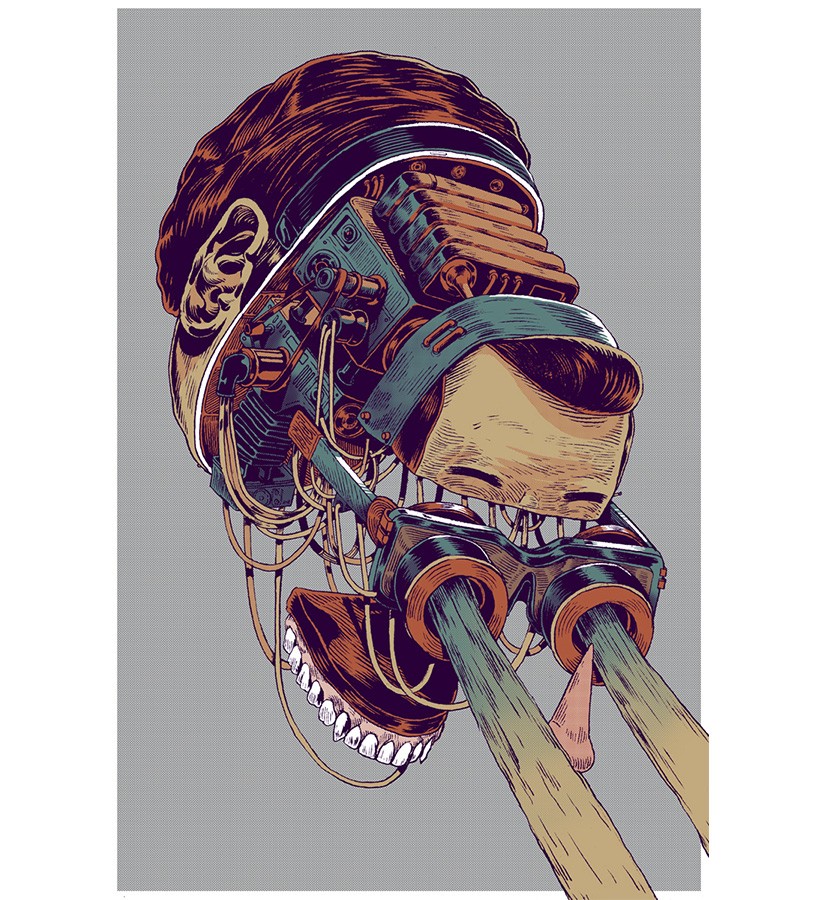 DB: which project has been the most satisfying so far?

S: my personal clothing brand tony delfino has been a great experience so far. I started it with a friend just for fun and it’s become a job. in 2008 we (myself and jesus benitez) started just by making tee shirts with silly phrases on them, they were just for ourselves and friends but slowly more and more people started wanting them. now we have many pieces on sale, shirts, jackets, caps, shoes… 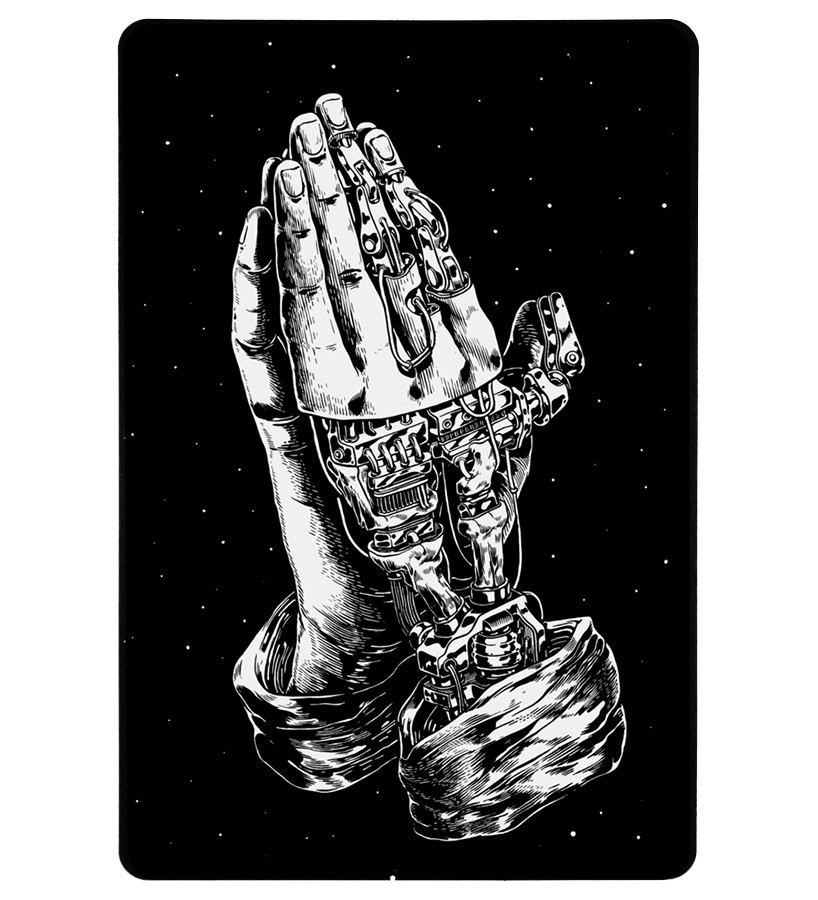 DB: please could you describe the process behind your work?

S: it’s mostly spontaneous and fun. there’s reoccurring themes, things I see in mexican culture, in films in the streets, science fiction… I take everything and put it together in my work.

some times ideas come slowly to me then I start to discuss it with my girlfriend and friends and see what they think, I think about it more and if it still seems interesting I go for it. other times I know I have something immediately and just go for it. 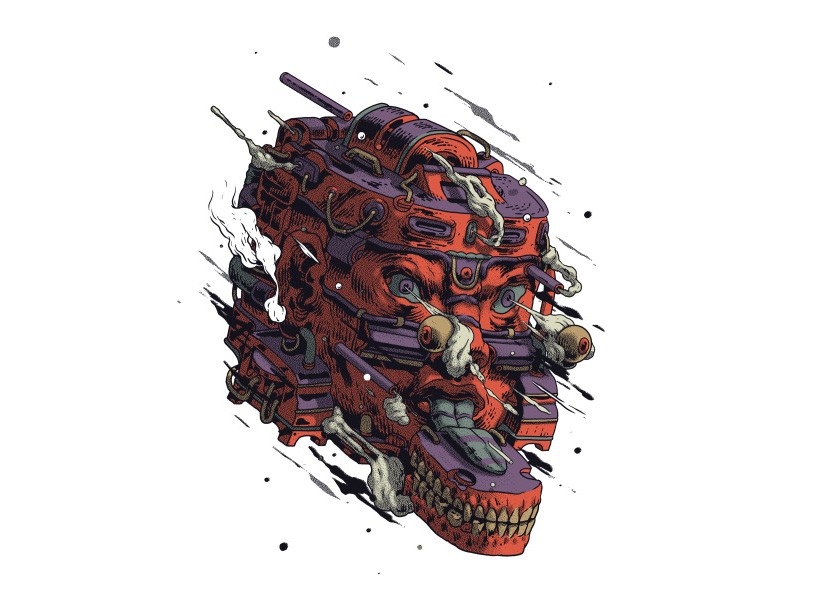 DB: how does the street art and illustration scene in mexico compare to what’s going on elsewhere right now?

S: there’s a lot of talent here in mexico city. I think the illustration and street art scene has grown very quickly and now lots of brands are looking for mexican artists to work with. as a consequence a lot of the work is very commercial, people who have more potential just going through the motions and I don’t like that. we have to be careful not to sell out too fast. mexico is enjoying a moment where a lot of people think it’s hot and want a piece of the action but mexican artists have to try and remain authentic with their work. we [designers and artists] need to work together to develop a culture that values the work we all do. 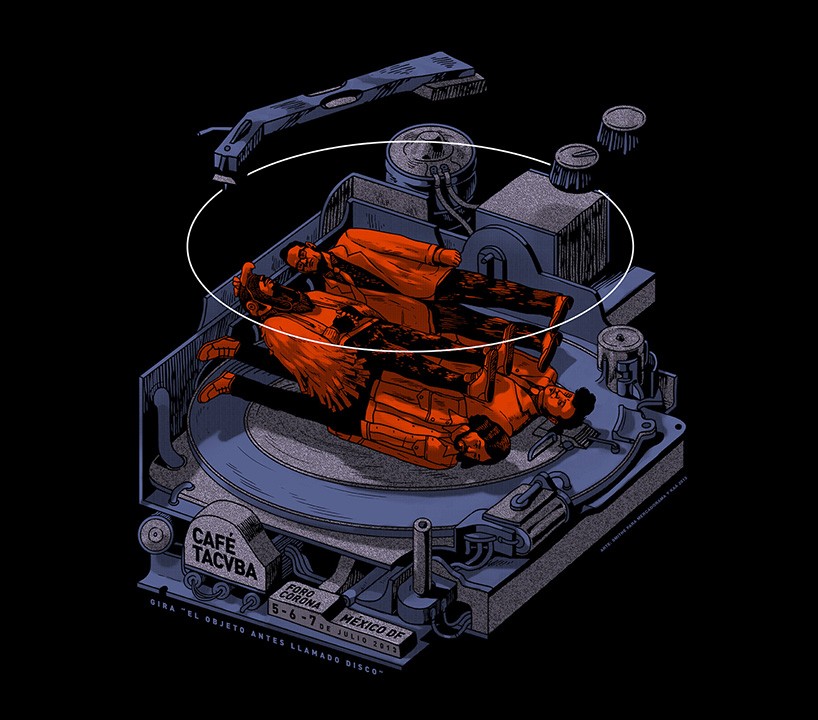 DB: over the time been you have working independently what’s the biggest lesson you’ve learned?