from now through october 3, 2021, london’s saatchi gallery presents the largest solo museum exhibition to date dedicated to french artist JR, featuring some of his most iconic projects from the past 15 years. born in paris to eastern european and tunisian immigrant parents, JR began his career as a graffiti artist. after finding a camera in the paris metro in 2001, he began documenting his friends in the act of graffitiing, and soon started pasting the photographs on urban building façades. the exhibition, JR: chronicles, traces the artist’s career from this early documentation of graffiti art as a teenager, to his large-scale architectural interventions in cities worldwide, and his recent digitally-collaged murals.

‘we hope visitors are inspired by JR’s desire and ability to create spaces and opportunities for people to come together and share their stories and experiences,’ the exhibition’s curators sharon matt atkins and drew sawyer from the brooklyn museum tell designboom in an interview. ‘a little curiosity, imagination, and empathy can go a long way.’ designboom attended the press preview of the exhibition in london, and spoke with the curators about JR’s commitment to community, collaboration, and civic discourse, and the show’s highlights. 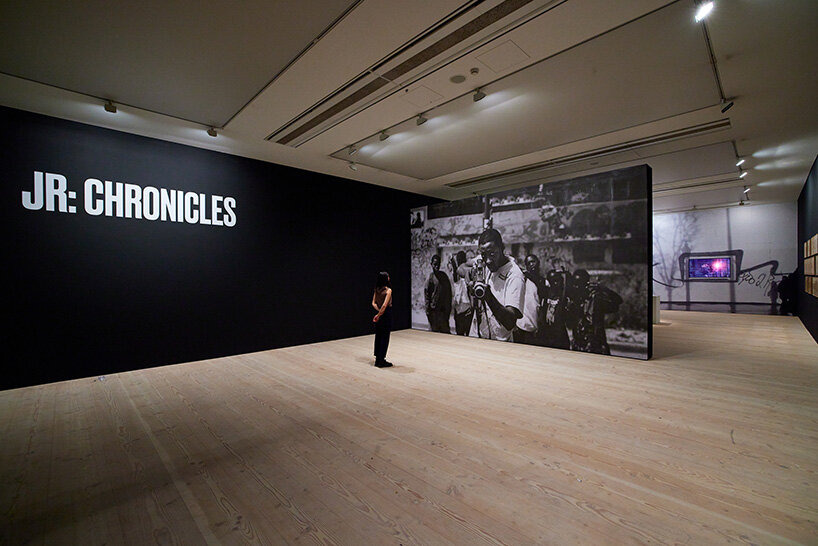 JR is widely known for his global art projects that generate a dialogue around critical social issues — from women’s rights to gun control. through his powerful ability to tell stories, his collaboration with and commitment to community, the artist has re-invented the medium of photography in the twenty-first century. JR: chronicles at saatchi gallery features early photographic projects, including portrait of a generation, completed between 2004 and 2006. JR photographed young people from les bosquets, a housing project in the parisian suburb of montfermeil that became a central location for countrywide riots in 2005, amid rising socioeconomic and police tensions. together with his friend ladj ly, a filmmaker and les bosquets resident, JR captured portraits and then wheat pasted them across both montfermeil and paris. by bringing the faces of young people from the projects to the fore, JR and his collaborators brought awareness to the misrepresentation of these individuals in the media, challenging the public’s pre-conceived notions.

by the mid-2000s, JR expanded his artistic practice and began to travel globally. in 2005, he journeyed to israel and palestine, beginning the public art project, face 2 face. this project featured giant portrait diptychs of israelis and palestinians pasted on either side of the separation wall and in several surrounding towns. the portraits captured pairs of people who lived on opposite sides of the wall yet held the same job, like teachers, doctors, athletes, artists, and religious leaders. JR: chronicles features photographs videos, and ephemera from the project. 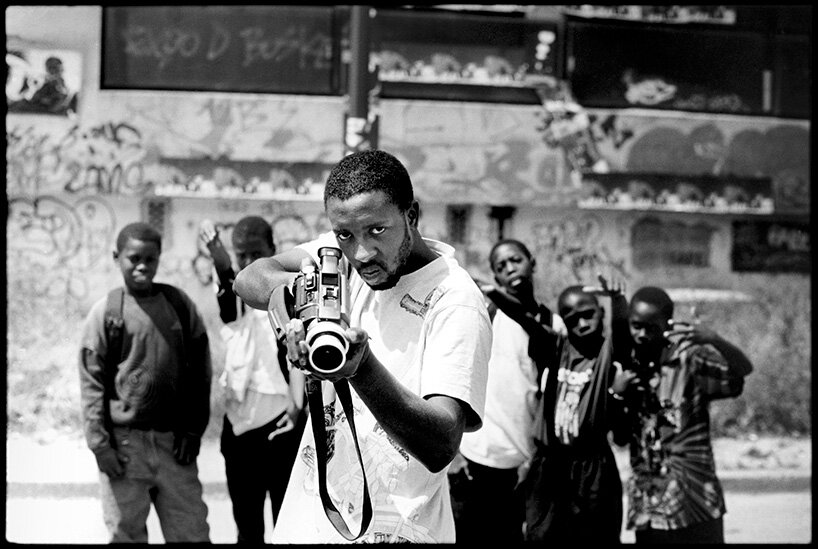 further international projects on view include women are heroes, a series which pays homage to the contributions of women to public life through the installation of large-scale images of their eyes and faces across their communities. the exhibition also features the video mural, the gun chronicles: a story of america from 2018, a project that visualizes the complex spectrum of views on guns in the united states — including those of gun collectors, hunters, law enforcement officials, shooting victims, and emergency room teams.

after an inaugural exhibition at the brooklyn museum in new york in 2019, previously documented by designboom here, JR: chronicles demonstrates why the artist’s practice has captured the imagination of audiences worldwide, and expanded the meaning of public art. 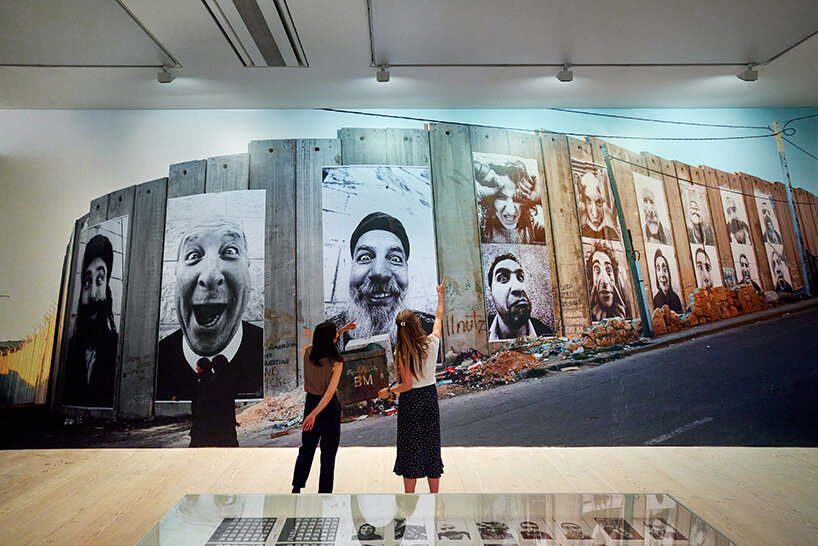 designboom (DB): with countless worldwide projects produced over more than a decade and spanning multiple disciplines, what was your criteria in selecting the works by JR for this show? is there a common thread that underpins them overall?

sharon matt atkins and drew sawyer (SMA + DS): early on, we decided to focus on JR’s commitment to community, collaboration, and civic discourse through projects that he developed in partnership with the communities where the public installations were initially installed. as the exhibition hopefully shows, this has been a throughline of JR’s practice since he began documenting fellow graffiti artists and pasting the photographs on the street for his expo 2 rue series in 2001. 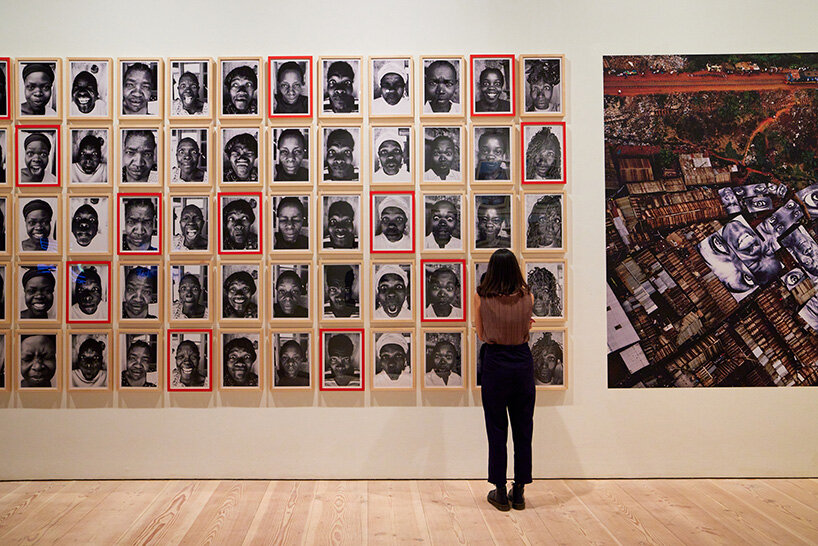 DB: how does the exhibition unfold across saatchi gallery’s spaces, and what are some of the highlights visitors can look forward to?

SMA + DS: the exhibition is organized by project, roughly chronological, starting with his earliest photographs of fellow graffiti writers to some of his more recent projects, like his chronicles series that represent entire cities. there are rarely exhibited photographs, contact sheets, and materials related to numerous early projects, including face 2 face and women are heroes. for people who are familiar with images of JR’s public projects, this is a unique opportunity to see the larger context of the works including video and audio of the participants. 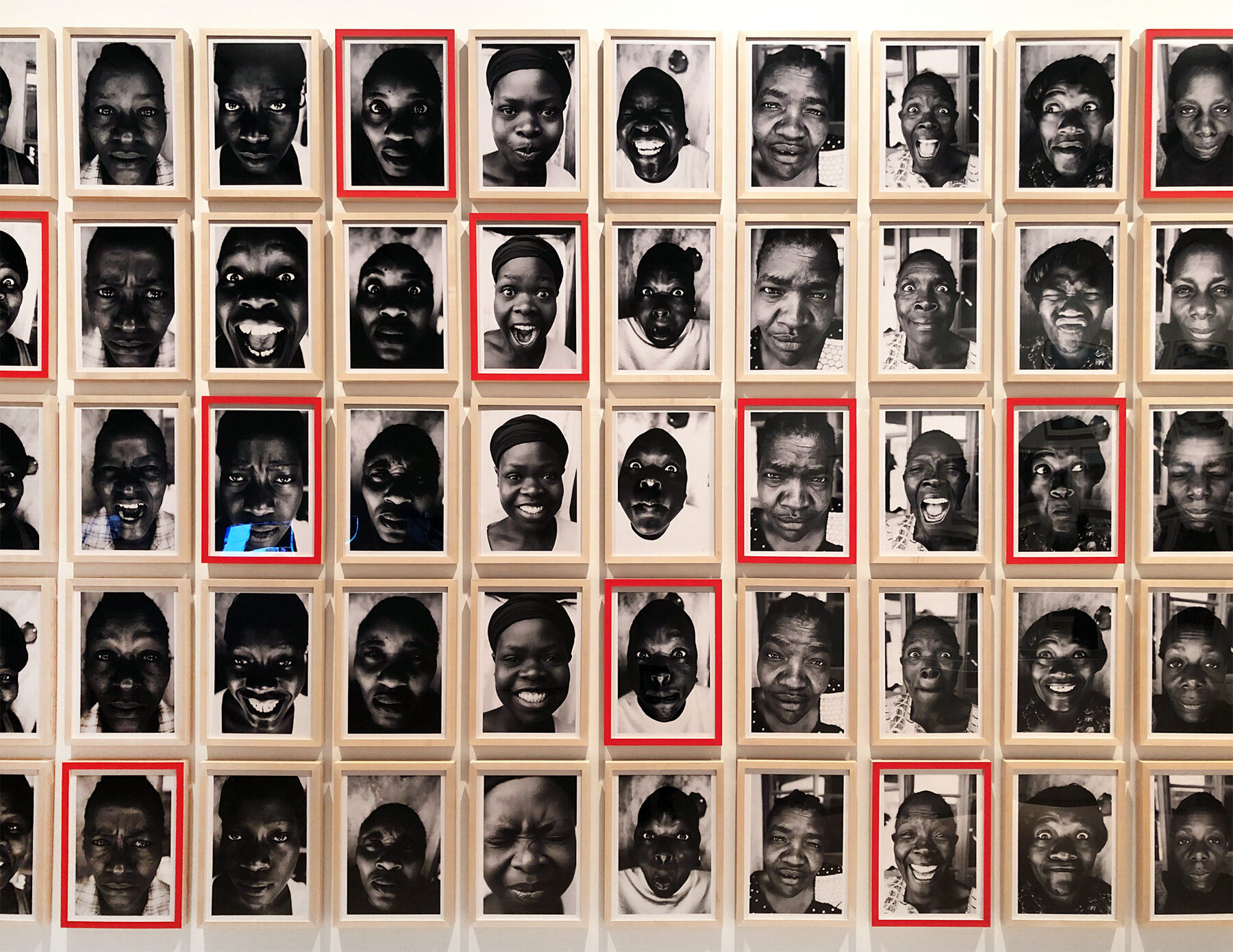 DB: how does the show highlight JR’s powerful storytelling abilities, and specifically the relationships he develops with different communities and creative voices?

SMA + DS: the exhibition highlights JR’s ability to capture the stories of his collaborators through the extensive documentation he has created alongside his various projects. these videos serve to document the rather ephemeral nature of his installations while also capturing the stories of those involved. the show also demonstrates JR’s commitment to the communities where he’s made work. for example, he started an art school in the parisian suburb of montfermeil with his longtime friend and collaborator, ladj ly. the two of them collaborated on portrait of a generation, one of JR’s first projects, in the same neighborhood in 2004-2006. similarly, JR and mauricio hora setup casa amarela in 2009 after JR’s project women are heroes in rio de janeiro, brazil. the space offers a range of activities for local residents, from workshops on art and photography to yoga and language classes. 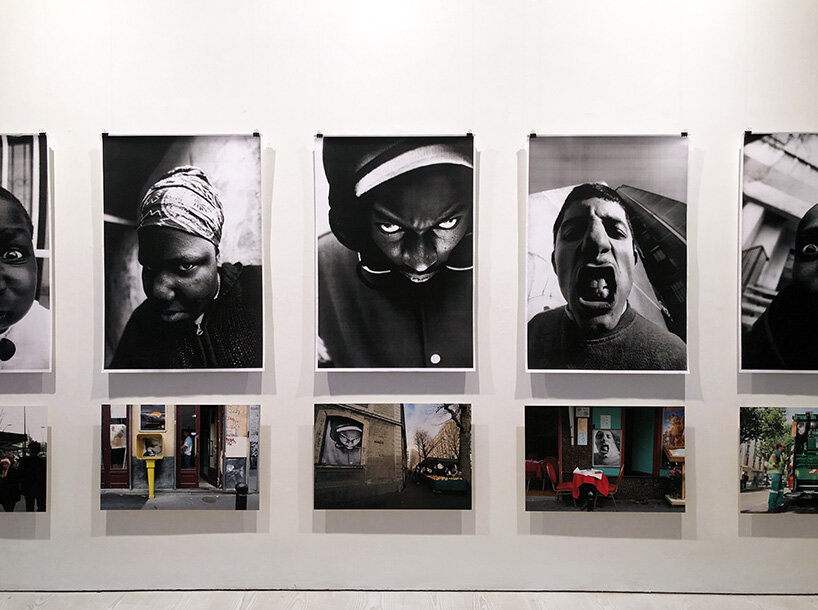 DB: in developing the exhibition, what did you learn about JR’s creative process that you might not have previously known? did anything surprise you?

SMA + DS: from the beginning of his career, JR understood the importance of documenting his ephemeral installations and collaborations with various communities. we certainly did not anticipate that the exhibition would include as much audio-visual elements as it does, but we were pleased that we could bring the works to life, so to speak, through the inclusion of these elements. 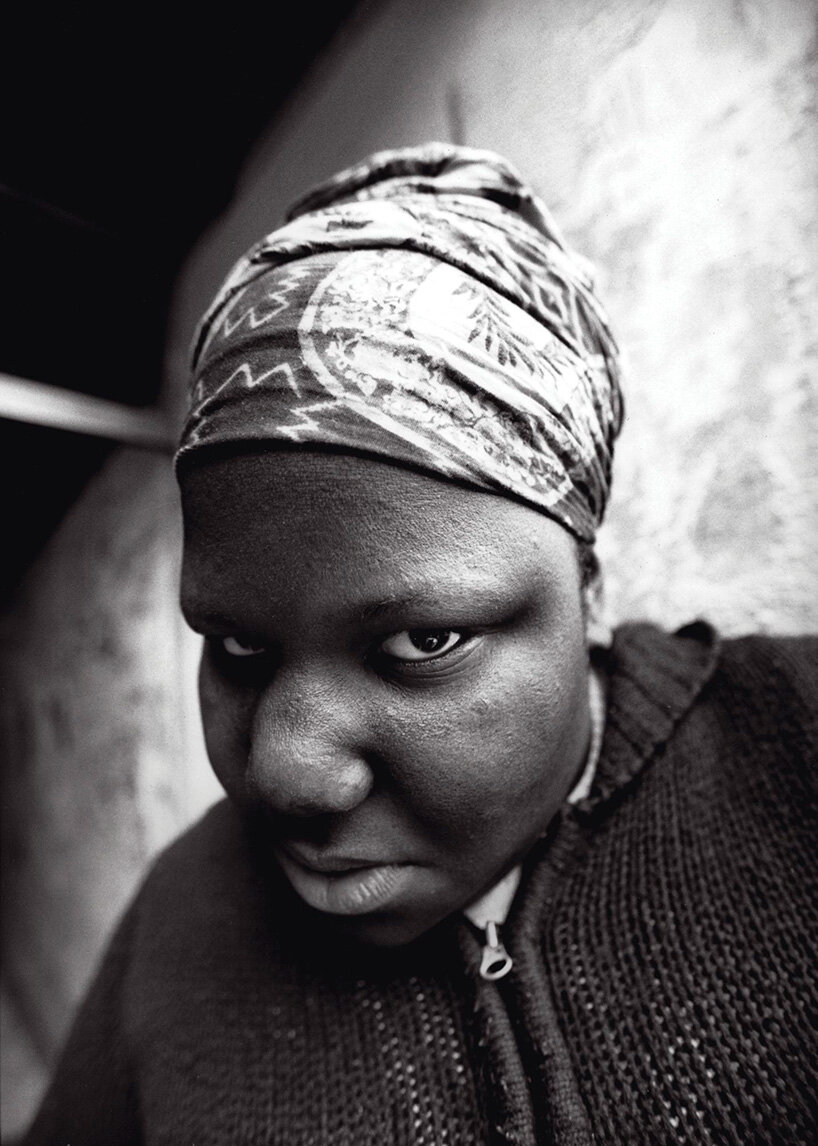 DB: what do you hope visitors take away from the show? what new perspectives can be uncovered about JR’s role in creating dialogues around critical social issues?

SMA + DS: we hope visitors are inspired by JR’s desire and ability to create spaces and opportunities for people to come together and share their stories and experiences. his project inside out in particular shows that we all have the ability to do this. a little curiosity, imagination, and empathy can go a long way. 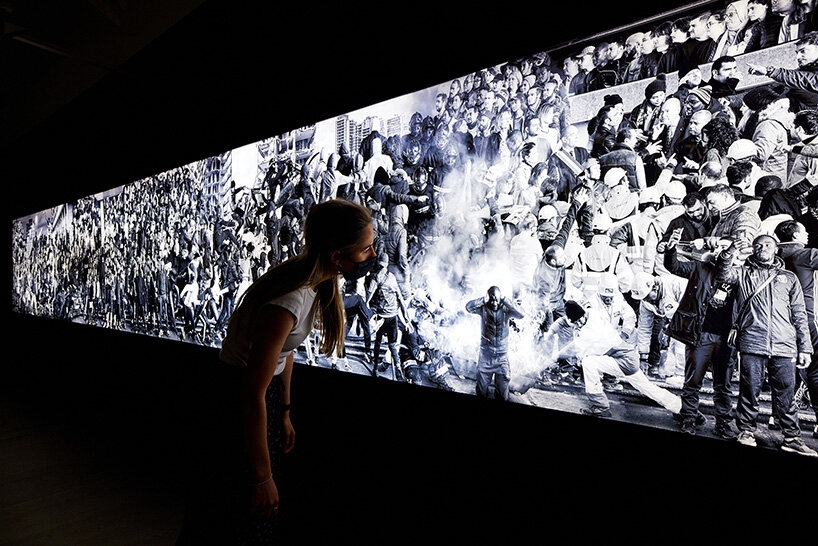 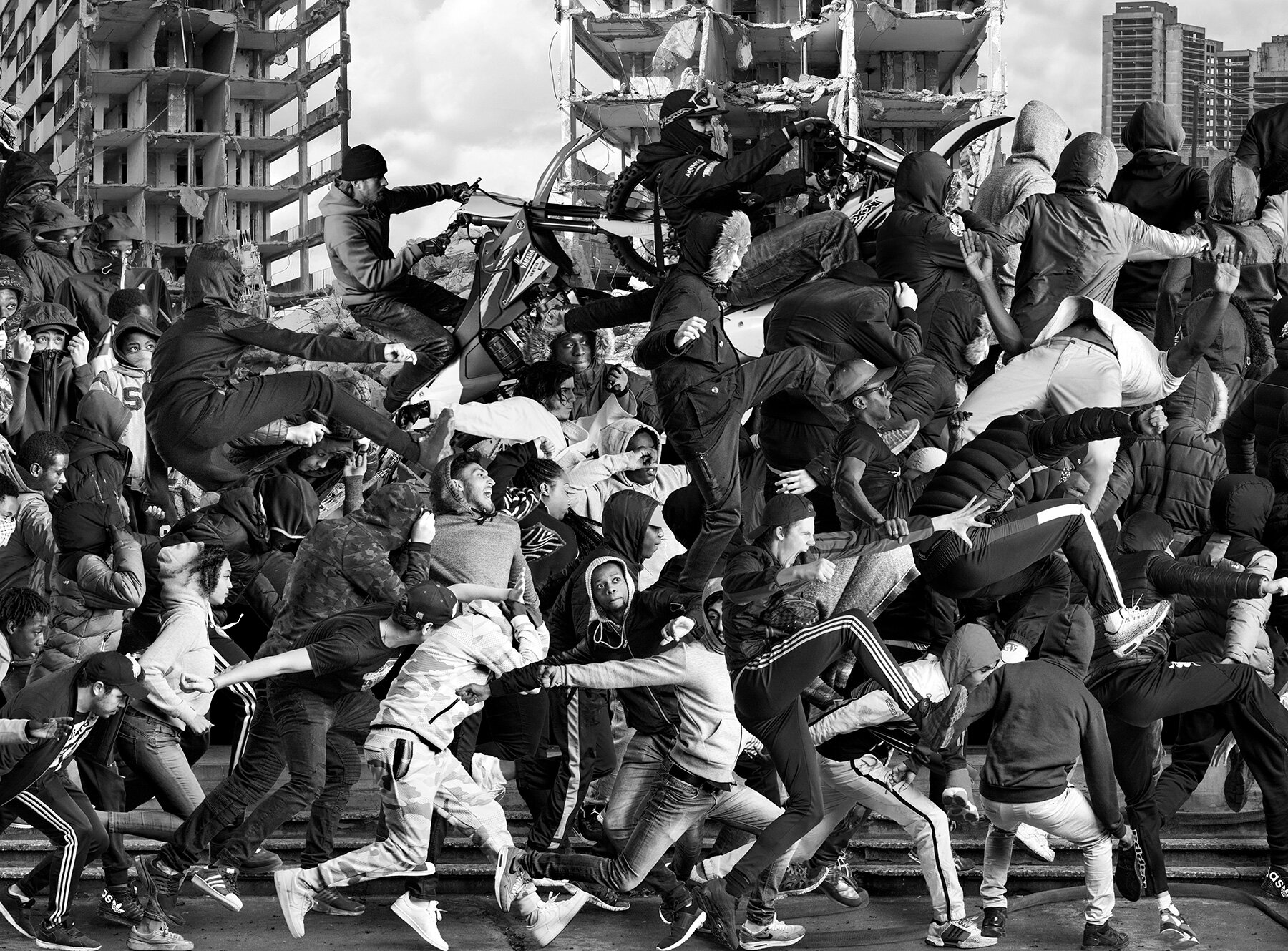 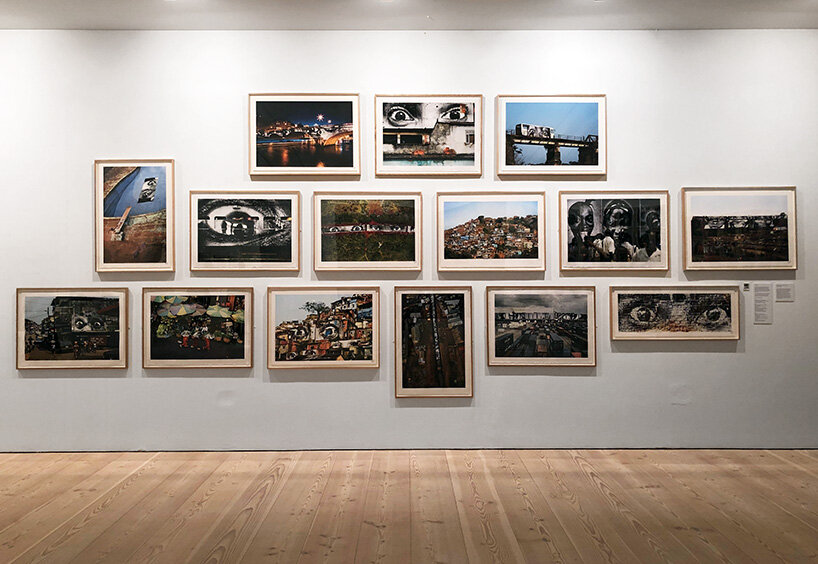 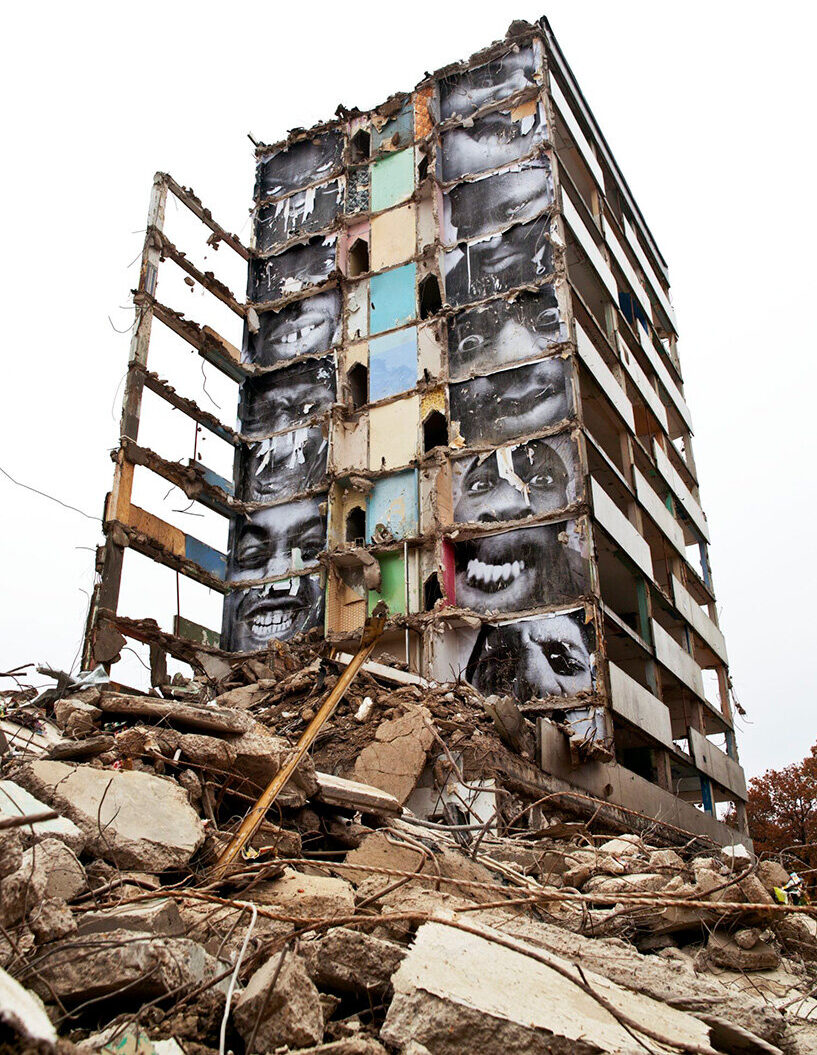 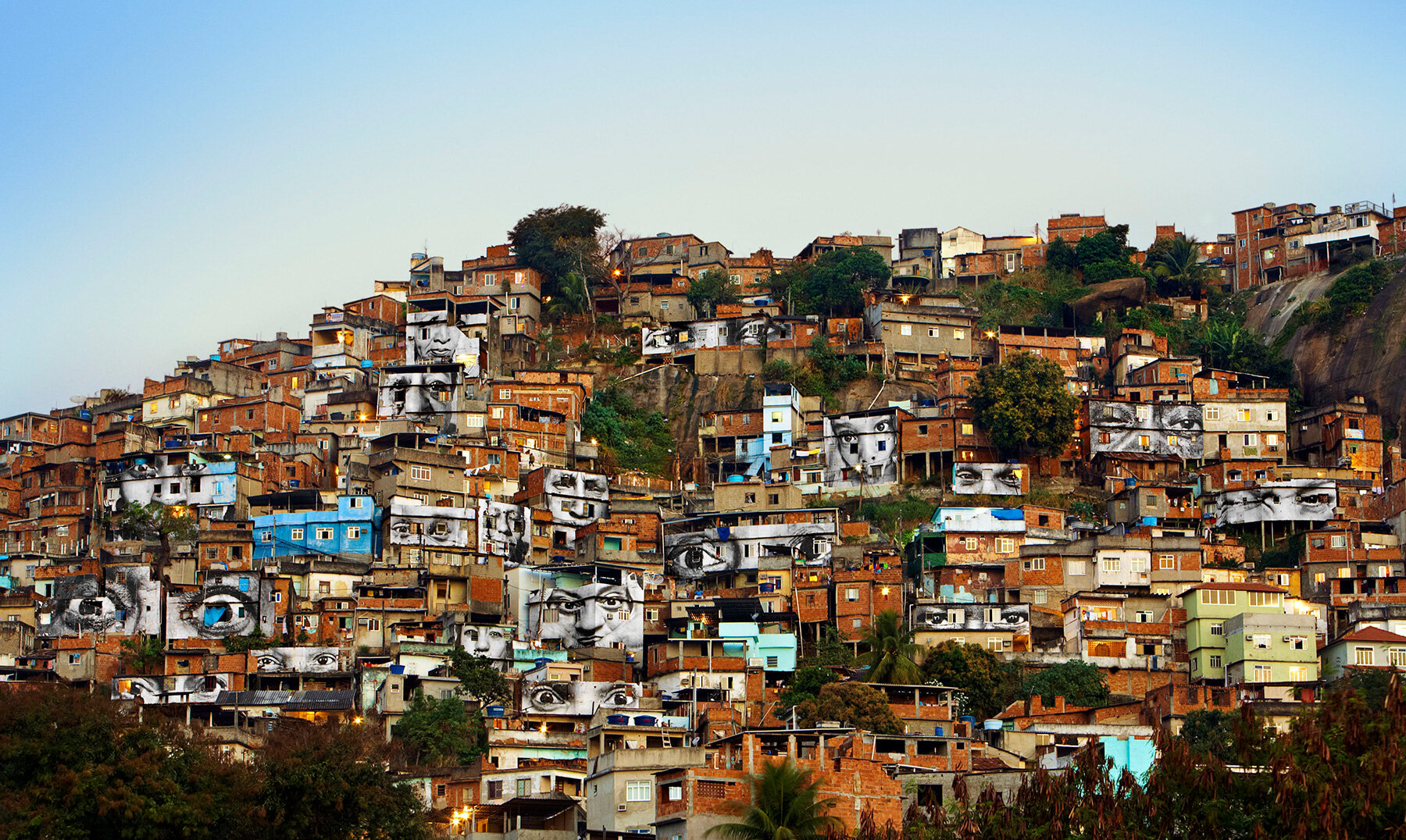 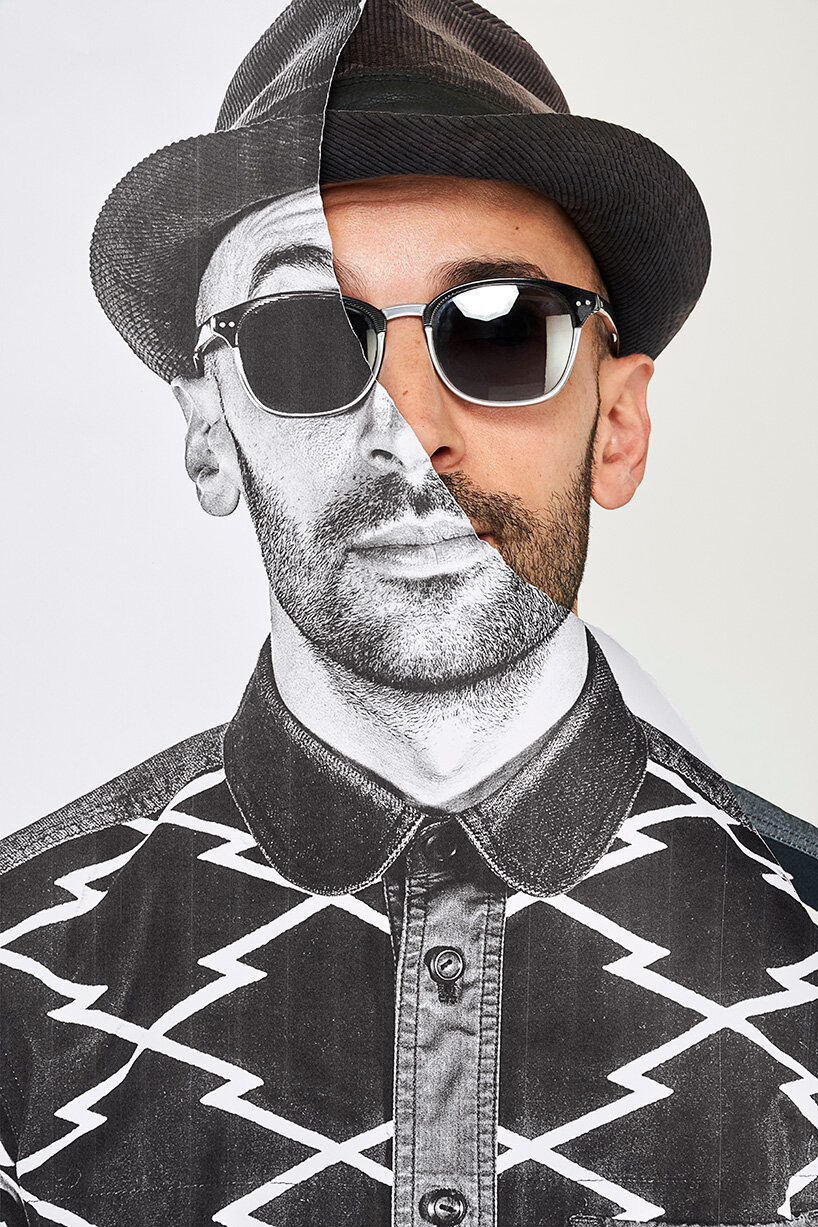 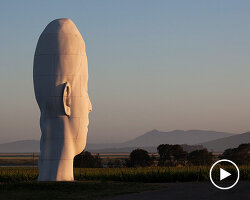 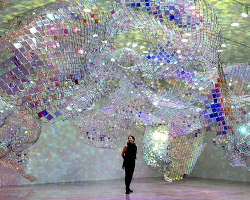