touring from tokyo’s PARCO museum, to osaka’s PARCO event hall through february 2021, a monumental exhibition brings together the work of japanese artist hajime sorayama and swiss artist HR giger for the very first time. co-curated by alessio ascari and shinji nanzuka, and featuring over 50 pieces ranging from the late 1960s to the present day, the show explores the artists’ similar concerns and subjects — including an obsessive investigation of AI and eternal life. sorayama and giger were born and trained at opposite ends of the world, and their motifs and themes might seem apparently at odds upon early inspection. while sorayama’s vibrant colors and animated outlook on technology are swallowed by giger’s dark chiaroscuro and nightmarish dystopia, the exhibition ‘GIGER SORAYAMA’ seeks to highlight the ways in which the artists share more than meets the eye. 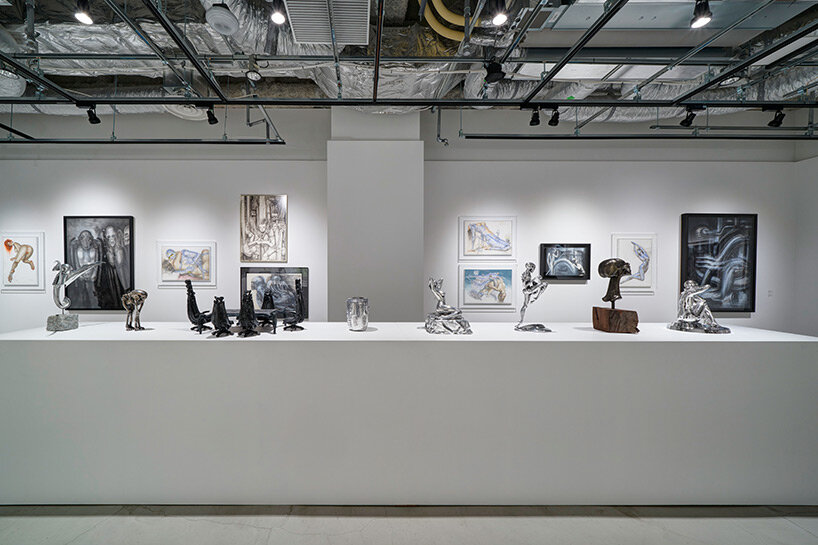 hans ruedi giger, who passed away in 2014, was a swiss surrealist painter, sculptor, and set designer best known for his biomechanical creatures, extraterrestrial landscapes, and disturbing sexual machines. in a career that spanned more than five decades, HR giger employed a wide variety of media, including furniture, movie props, prints, paintings and sculptures. these studies often resulted in the creation of exhibition displays and total environments with the immersive quality of a wunderkammer — including the HR giger museum in gruyères, switzerland. in 1979, his concept design for ridley scott’s ‘alien’ won an academy award for best achievement in visual effects and catapulted his vision of death and futurism to fame. 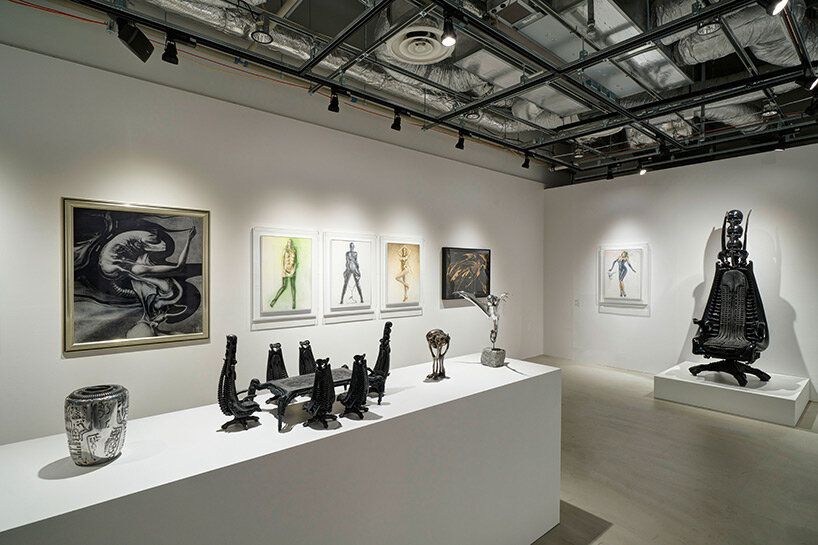 designboom spoke with artist hajime sorayama about his attraction to metal, and the enduring appeal of the ‘sexy robot’ —


designboom (DB): what initially led you to art? how has your background and upbringing shaped your artistic principles?

hajime sorayama (HS): I was born in 1947. japan at that time was a burnt field right after the end of the war. it was a time of extreme poverty, where food was a problem. but even so, humans drew pictures before writing. and because there are women in the world, men want to live.

DB: what were your primary influences and inspirations as an emerging artist? are they the same today?

HS: I like metallic light — light and transparency. I think it is my life’s work to express these two in my work.

DB: how would you describe your work to someone you just met?

HS: I’m an entertainer. I just think about surprising people with my paintings. I never thought of myself as an artist. 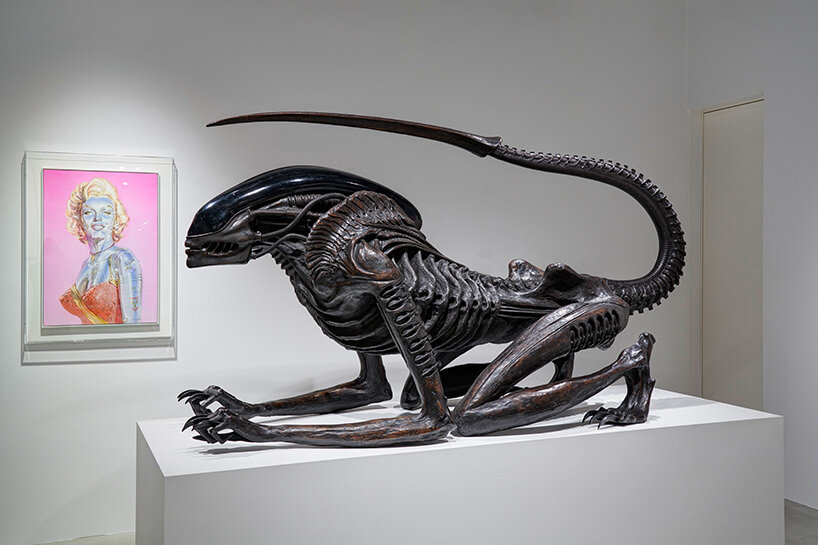 DB: was there a moment that sparked your initial curiosity in the ‘sexy robot’ subject?

DB: your vision of the ‘sexy robot’ has spanned generations — what do you think is its enduring appeal?

HS: I think everyone likes metallic things and women’s bodies. because we are men. if you’re gay, you’ll love men. mammals have survived endlessly since ancient times because they have a sexual desire and appetite. but religion denies it — christianity, islam. that’s why overseas, robots in the shape of humans cannot be made due to religious restrictions. it can be done only in japan. I think everyone thinks that my female robot drawings are very particular to japan. 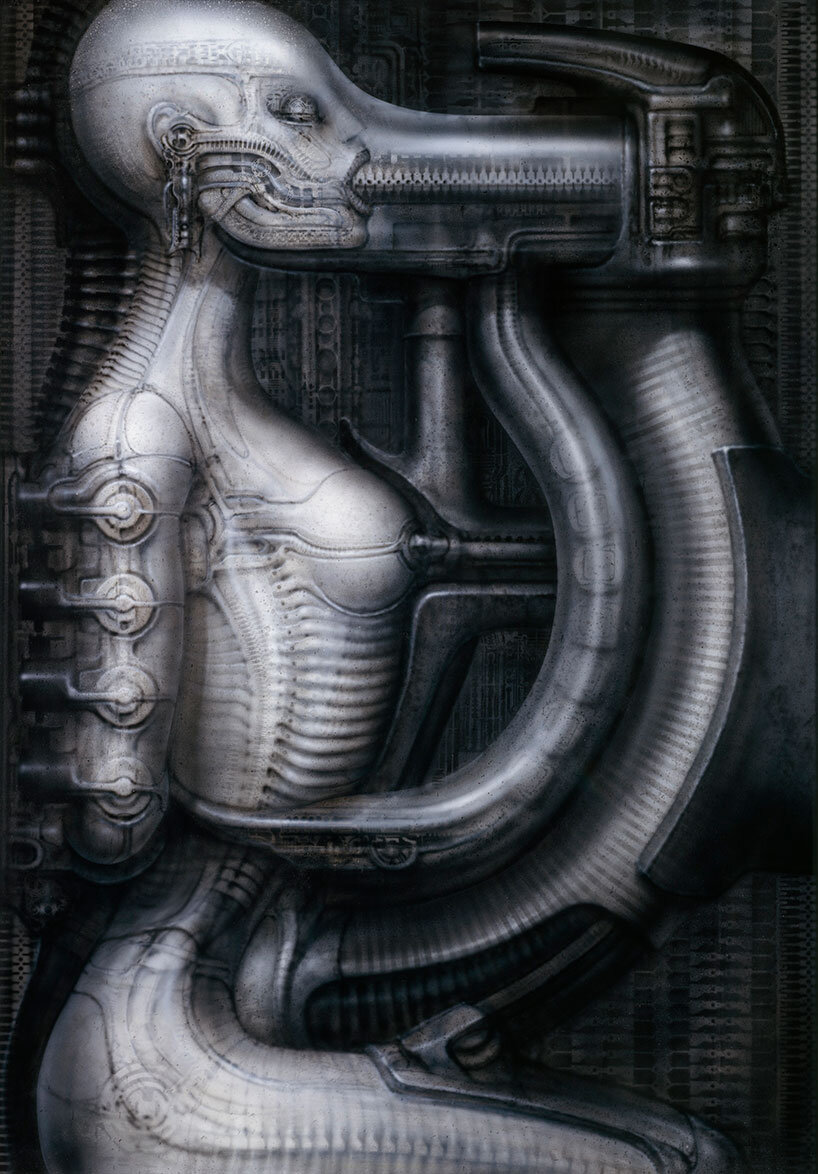 DB: artificial intelligence and robotics has evolved a great deal since the 1970s. what you think of today’s technological landscape? what effects do you think technology will have on the future?

HS: I don’t trust AI at all. it has a blueprint, and it just works according to the scenario. I think researchers and engineers just make AI believe that they have an ego. AI seems to be evolving, but that is evolution within the simulation. if AI and humans fight, humans will win. humans have ingenuity that technology cannot reproduce. is it wisdom? there is no such thing on the computer — emotions are copied rather than real, and they have intelligence but no wisdom.

DB: this landmark exhibition across PARCO museum, tokyo and PARCO event hall, osaka situates your work alongside that of swiss artist HR giger. how do you think the exhibition highlights your differences? your similarities?

HS: I don’t think we have so much in common, but I think we are the opposite. eros and thanatos, yin and yang, life and death. HR giger proudly exposed taboos such as internal organs and bones to the world. I thought he was really transcendent. I’m ‘cute’ compared to giger. 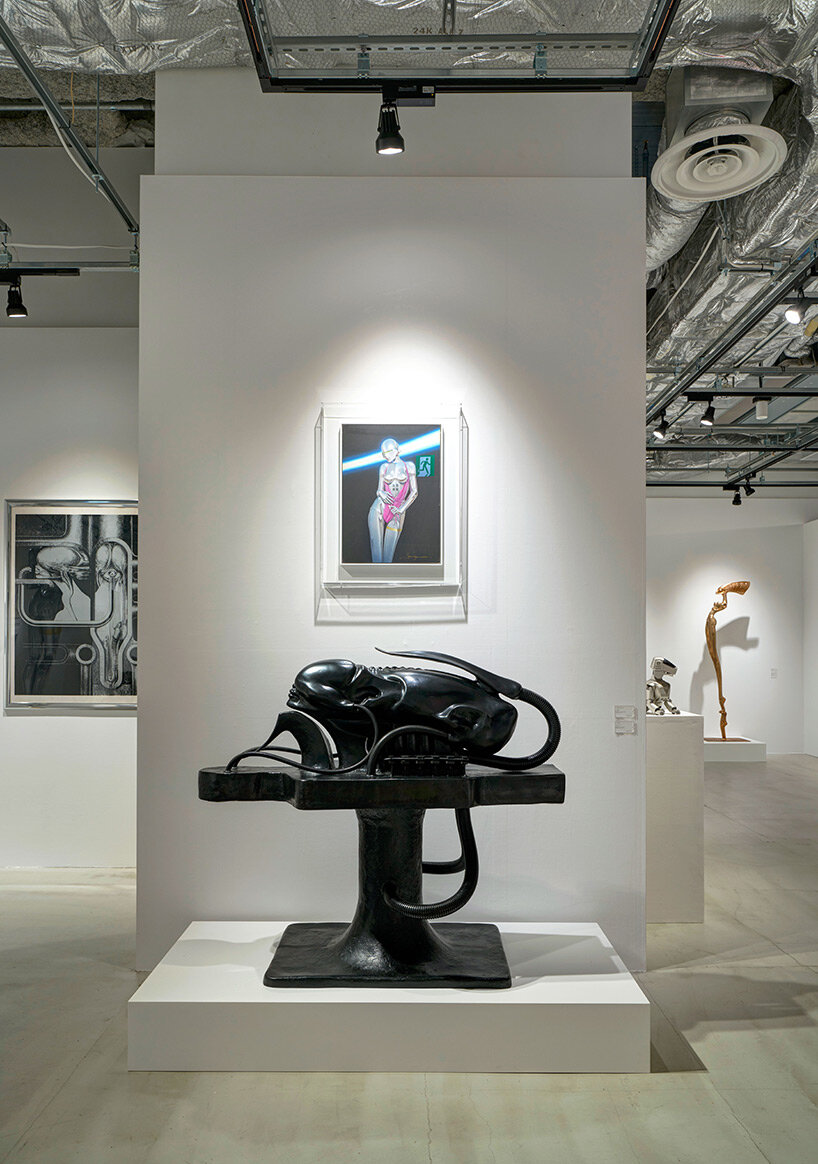 DB: what themes did you notice most overlap between both your practices?

HS: there are only two types of human beings in the world. some people hide their lewdness and others don’t. an honest artist like me is the latter. giger is that type of person, too.

DB: how would you like your work to be perceived by audiences?

HS: I would be so happy if I could surprise people, or make people think ‘well done’. for example — a person who saw my work and felt something became a scholar or engineer in the future and received a prestigious award someday, and answered to the magazine ‘nature’ in an interview, ‘I saw hajime sorayama’s works and decided to become a scholar.’ —  if that happens, I will feel blessed to be in my artist position. but it is a public stance (laughs).

DB: generally speaking, are you optimistic about the future?

HS: I’m not interested in the future. just seeing it. 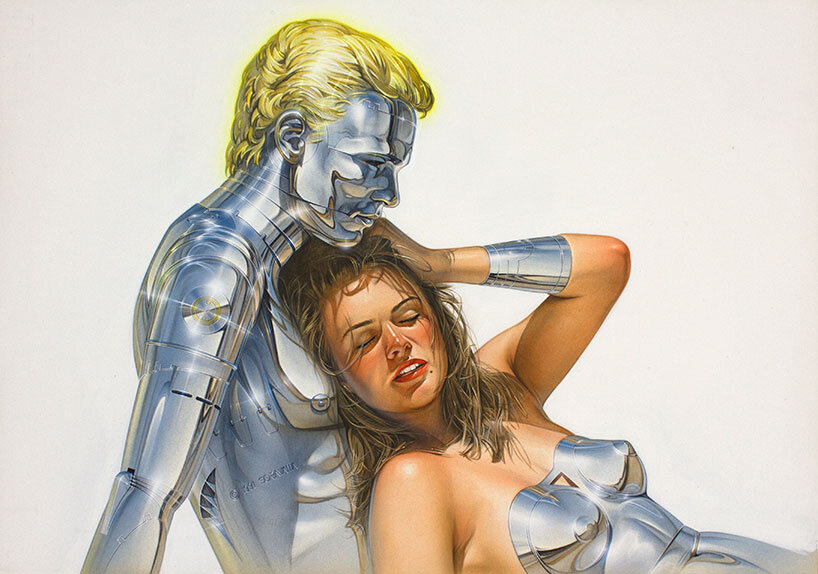 
DB: although trained in opposite ends of the world and expressing different imagery and motifs, what predominant themes overlap between hajime sorayama and HR giger’s work?

alessio ascari (AA): both artists emerged in the 1970s and 1980s, becoming acknowledged masters of airbrush painting — a preferred medium which allowed to render both sorayama’s shiny chrome surfaces, and giger’s deep chiaroscuro. more importantly, at the very core of their practice lies a similar concern: an obsessive investigation of AI, eternal life, and the fusion of organic and apparatus. gynoids (female androids) are predominant subjects, conjuring the post-human and the apotheosis of the woman to reveal an underlying tension between life, death, power and desire. 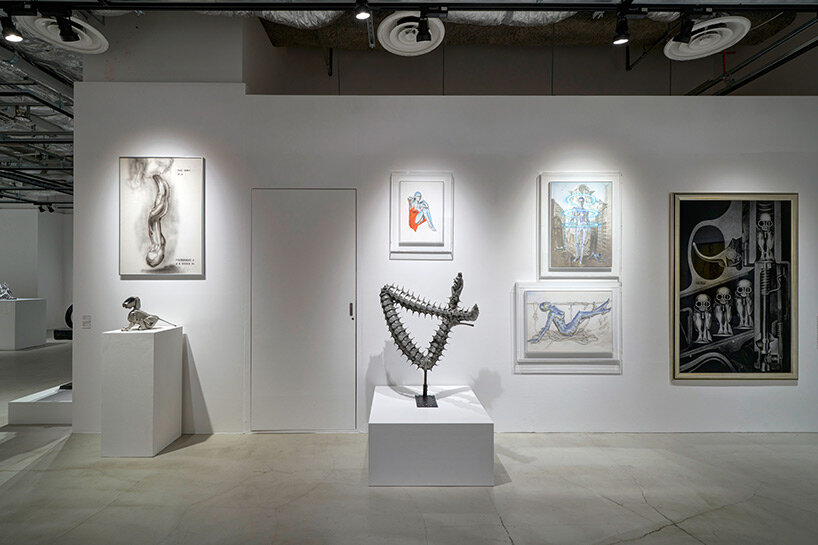 DB: what elements of both hajime sorayama and HR giger’s artistic motivations and personal characters did you want the exhibition to reveal to audiences?

AA: interestingly, these two extremely influential creators were both somewhat outsiders in the ‘official’ art world, who blurred traditional boundaries between commercial and personal work, and experimented with different forms of expression — not only painting and sculpture, but also set and concept design, and many collaborations. this creative freedom, driven by an authentic urgency and vision, is something these artists share; they were both loyal to their inner child, and following the passions they had as kids rather than pursuing an over-conceptualization of their practice. 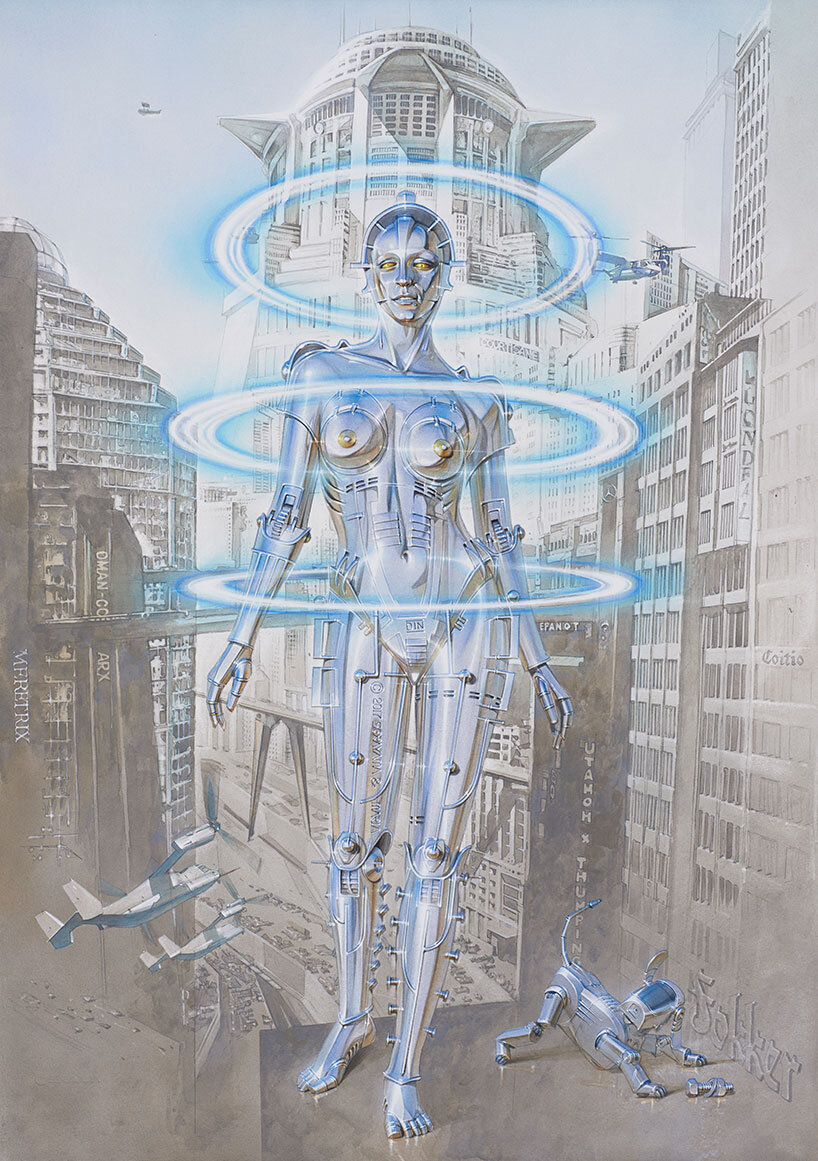 DB: with technology, dystopia, beauty and humanity concepts covered across both artists’ work, how do you think this exhibition is pertinent in today’s times?

AA: at a time when cyborgs have receded in the popular imagination, but society is increasingly sinking its teeth into biotechnology, their visionary art is all the more relevant — nurturing our fantasies, illuminating ethical questions, and inspiring revolutionary solutions for our future. 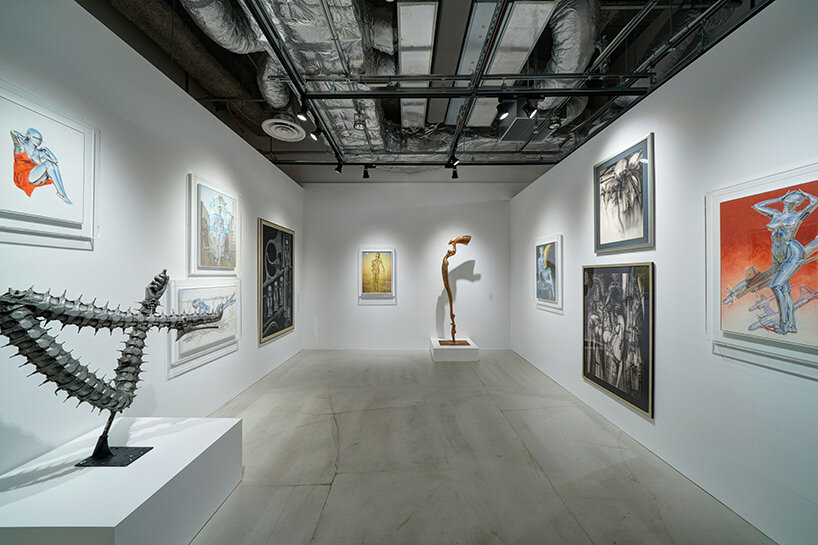 the exhibition tours from PARCO museum, tokyo (december 26, 2020 – january 11, 2021) to PARCO event hall, osaka (january 23 – february 7, 2021). ‘GIGER SORAYAMA’ coincides with the 80th anniversary of giger’s birth, and is accompanied by a catalogue published by kaleidoscope featuring a foreword by co-curator alessio ascari, a critical essay by venus lau, an interview with the late HR giger by hans ulrich obrist and patrick frey, and a recent interview with sorayama by ascari. 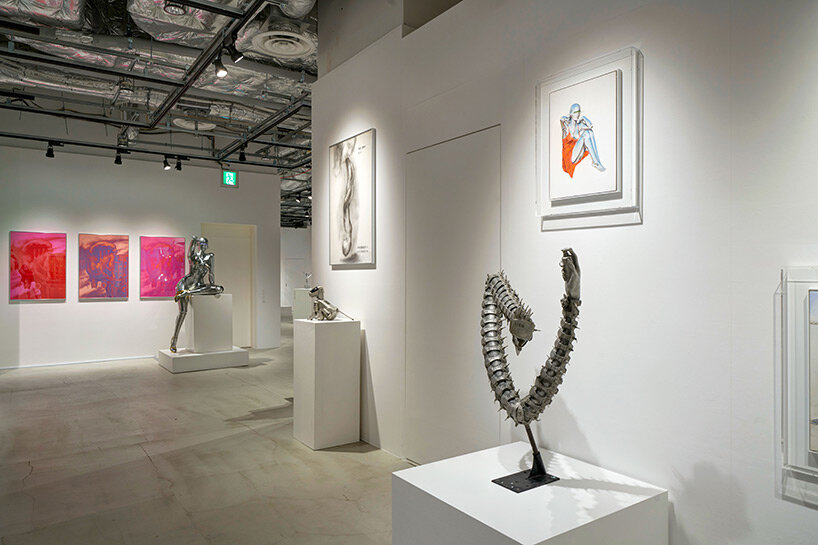 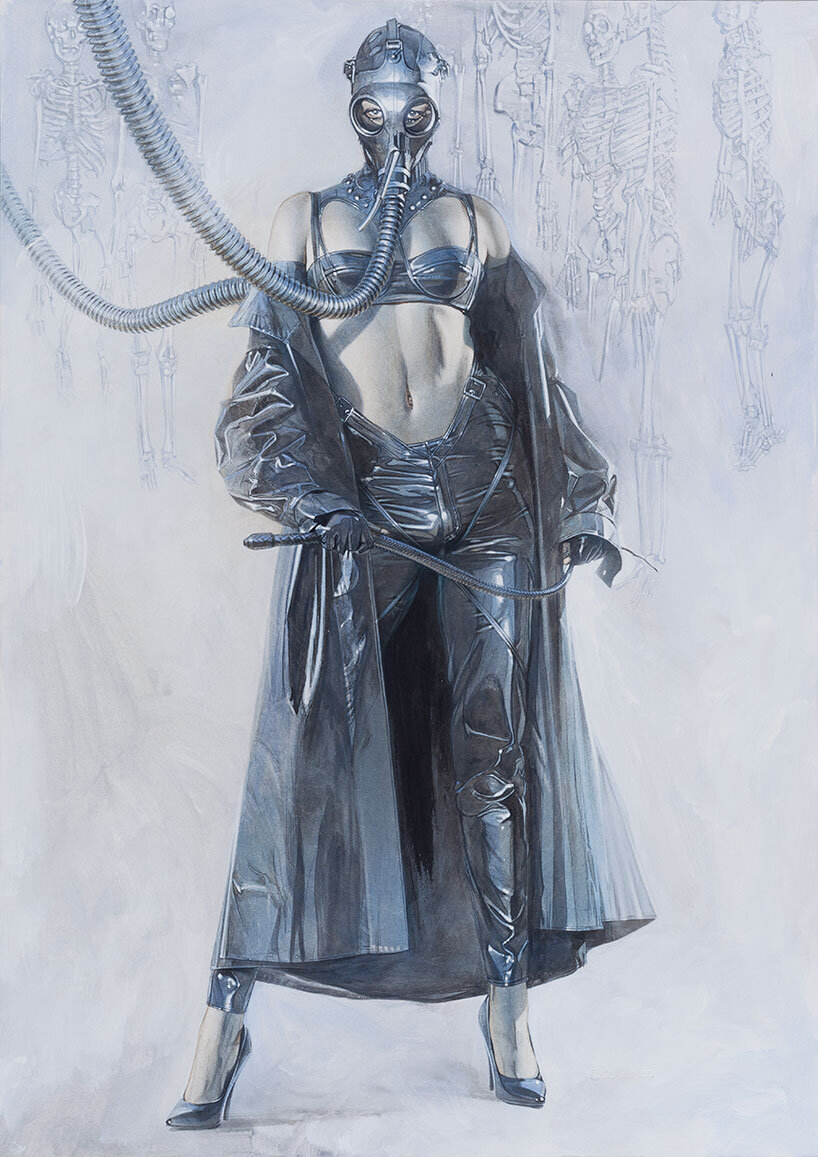 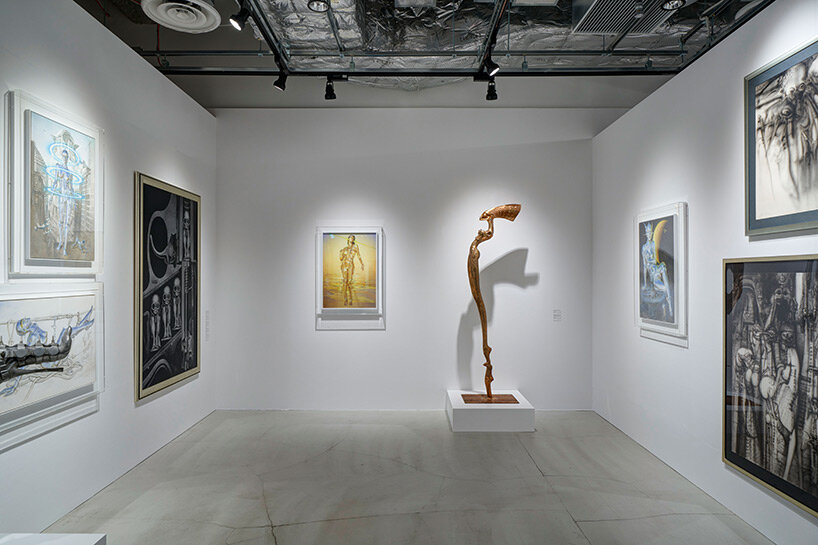 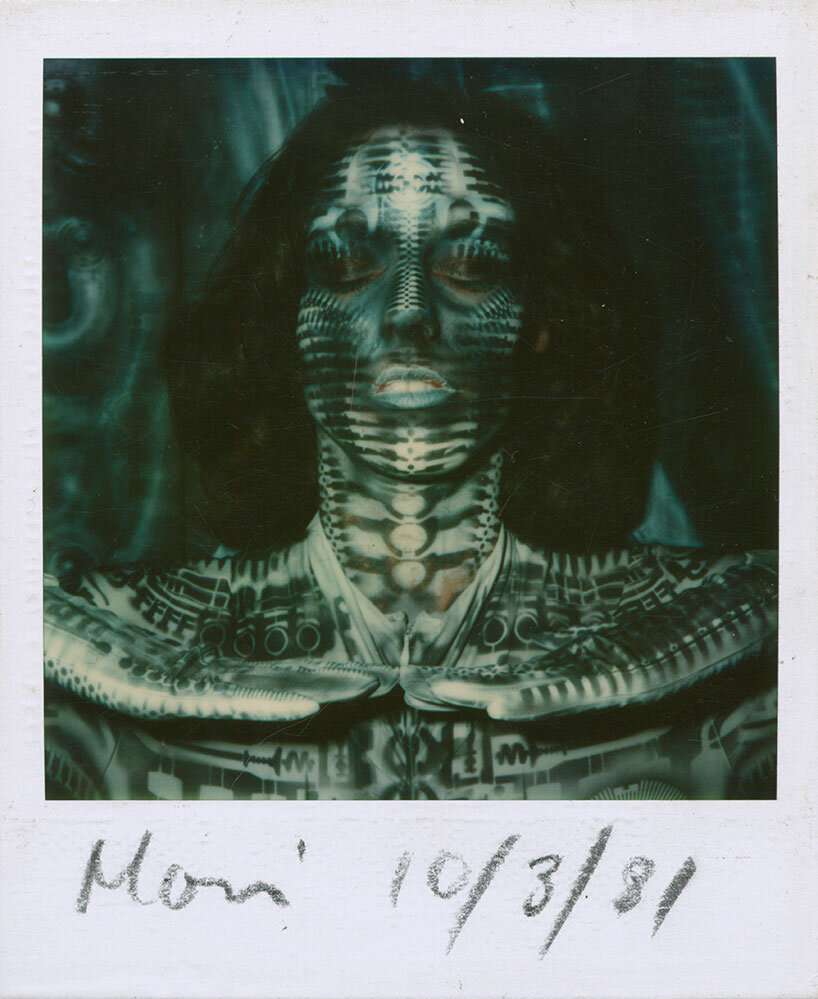 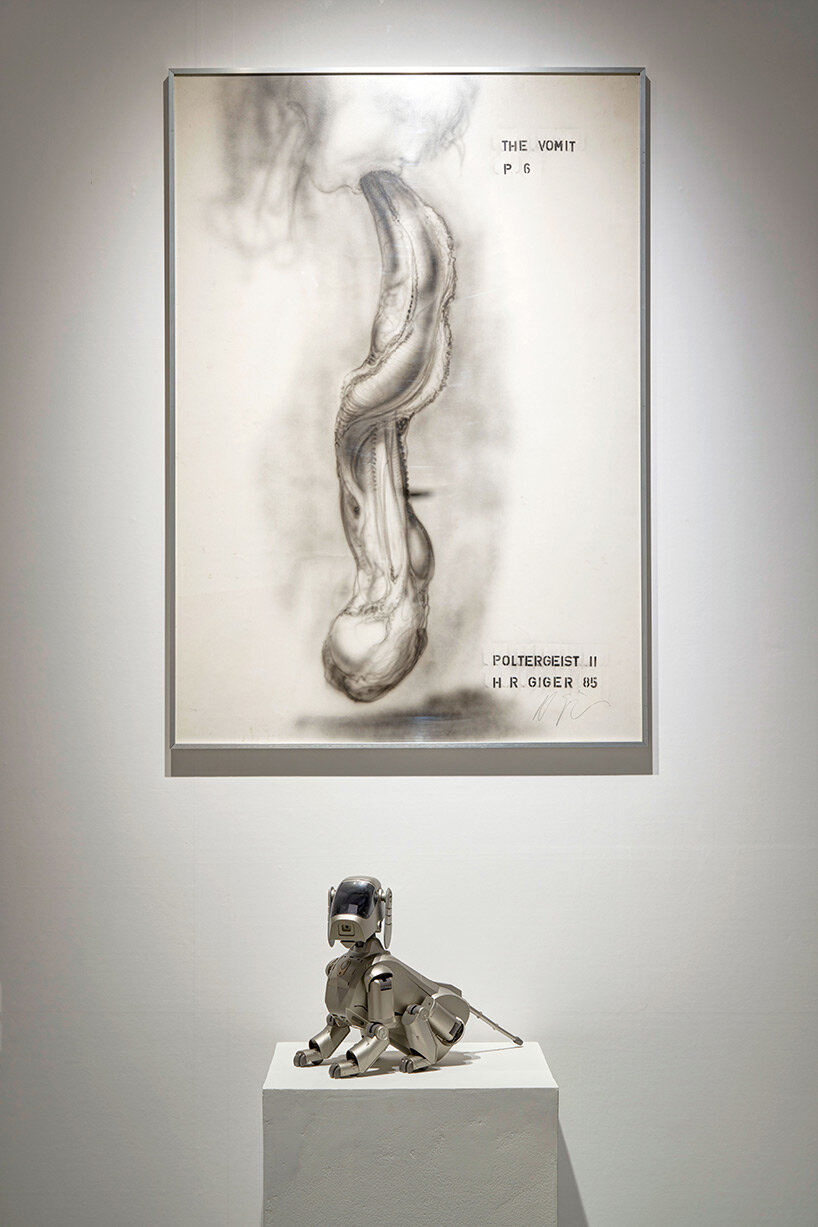 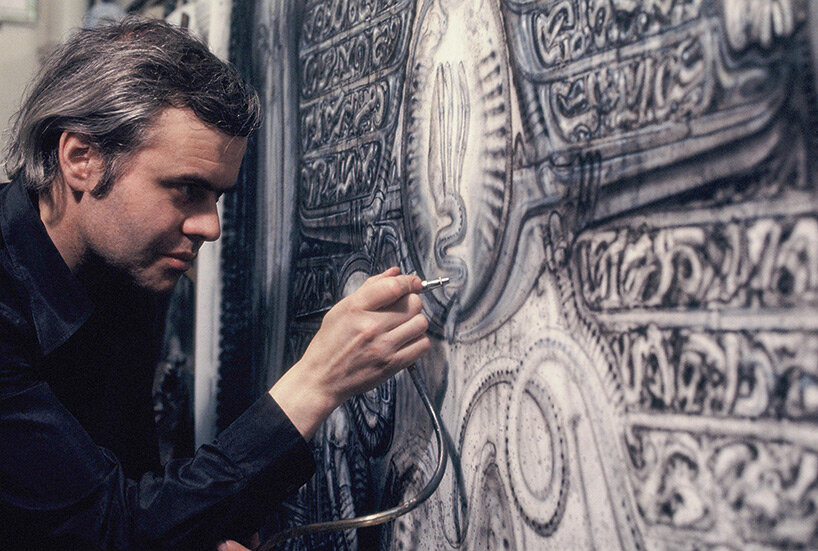 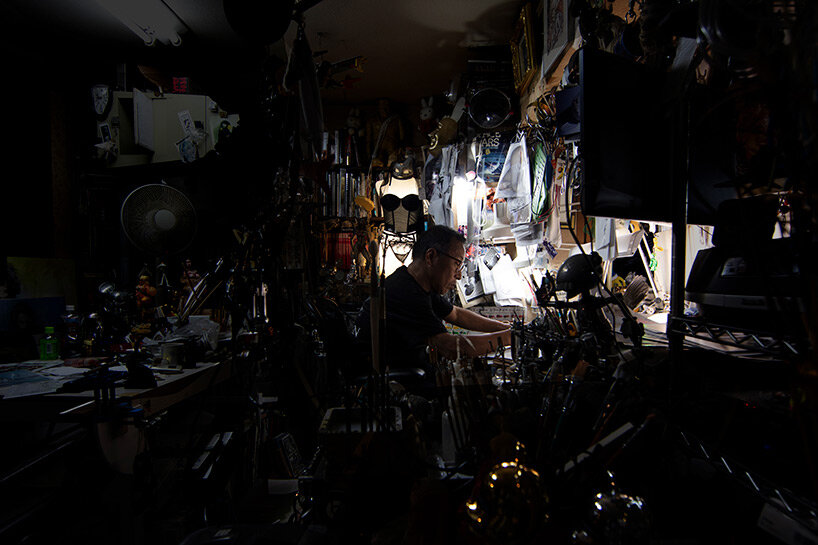