some say he’s the ‘master of pens’. some call him the ‘justin bieber of drawing’. some say he fucks about for a living – mr bingo is a london-based illustrator whose clients include, time, the new york times, wired, tate and the BBC among others. he told designboom more about his influences and process…

designboom: do you remember what made you want to become an illustrator?
mr bingo: I’m not sure if there was one key moment I can recollect, but I remember being at university and at the end of the first year we had to make a decision wether to spend the next 2 years studying graphic design or illustration. I had no idea which direction I wanted to go in so the tutor asked the class to vote for me. illustration was a landslide victory and I was democratically voted into my profession at age 20. 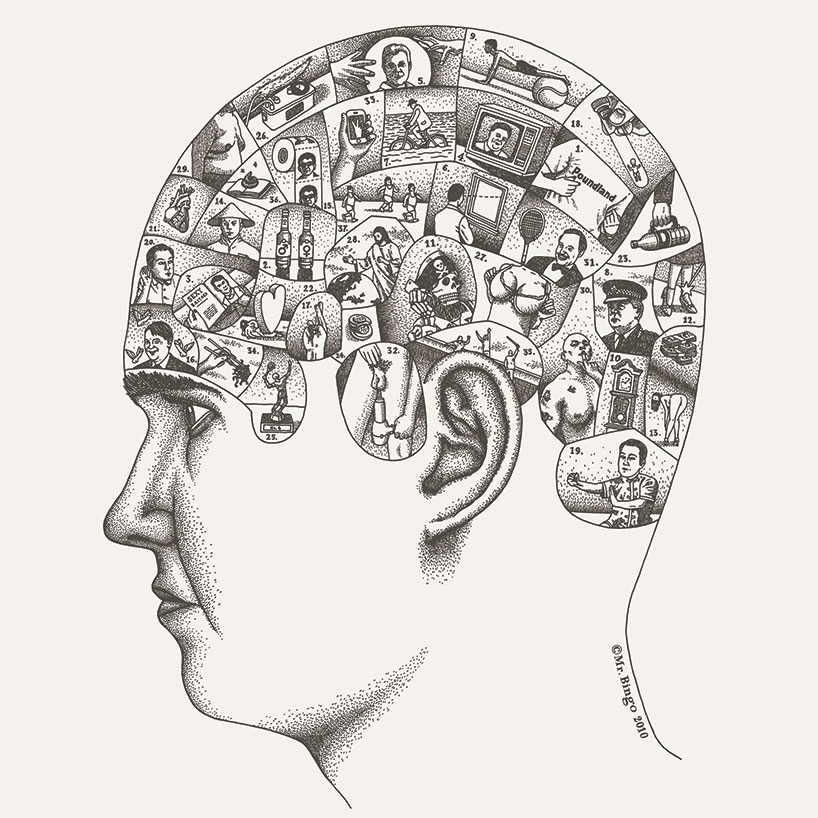 detail of an illustration for the book ‘jimmyology’ by jimmy carr 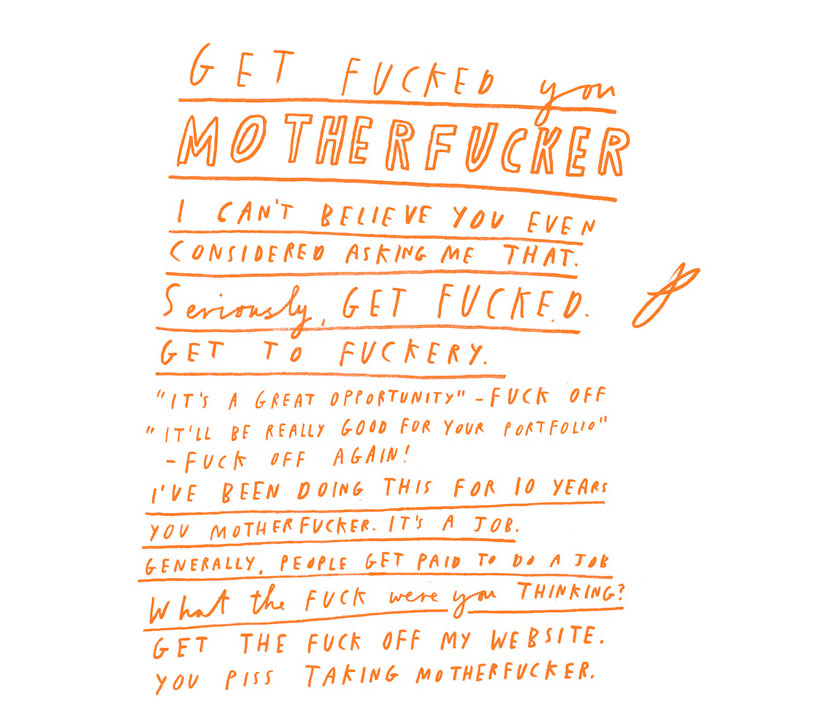 ‘does mr bingo work for free?’

DB: how would you describe your work to someone unfamiliar with it?
Mr B: musing, cheeky, thought provoking, hand drawn.

DB: who or what has been the biggest single influence on your work?
Mr B: it’s really hard to think of a single person or thing – it’s definitely a combination of illustrators, artists and comedy. but one that really sticks out is david shrigley who has managed to get away with forging an excellent career out of quite silly drawings. 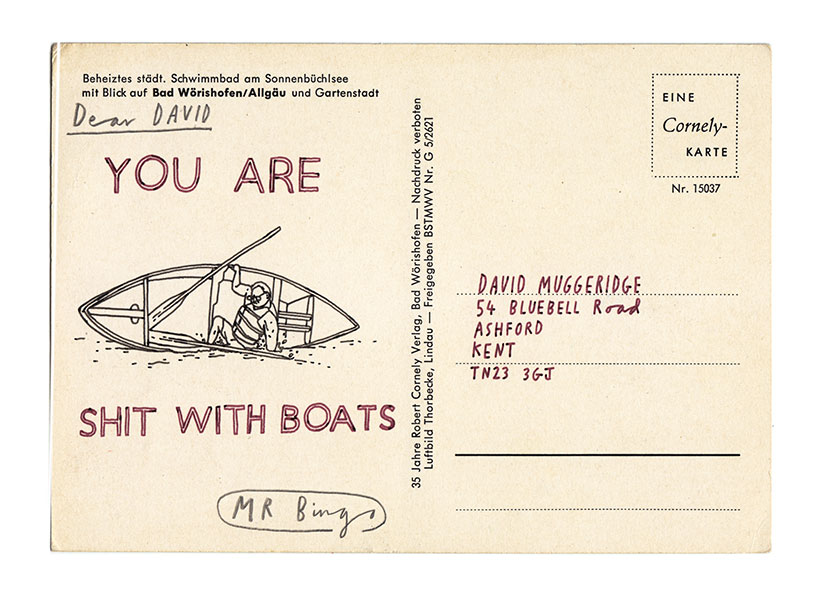 hate mail – on 25th April 2011 mr bingo sent a postcard to a stranger called jonathan hopkins. it said on it ‘f*ck you jonathan, f*ck you and f*ck your sh*t legs’. people seemed to be into it so bingo opened a service on his website, inviting strangers to pay me in return for an offensive postcard addressed to them (or whoever they ordered it for). 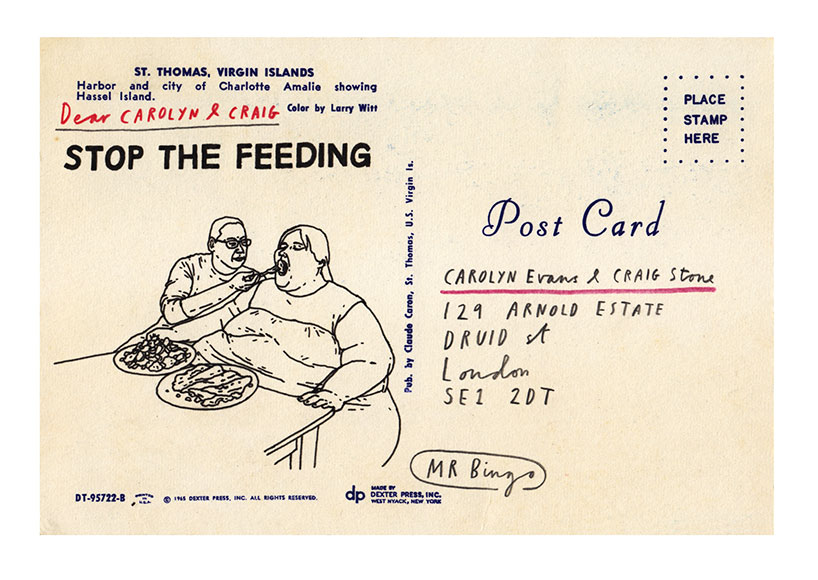 to date, mr bingo has sent over 700 hate mails to happy customers and the project has been exhibited in london and amsterdam. 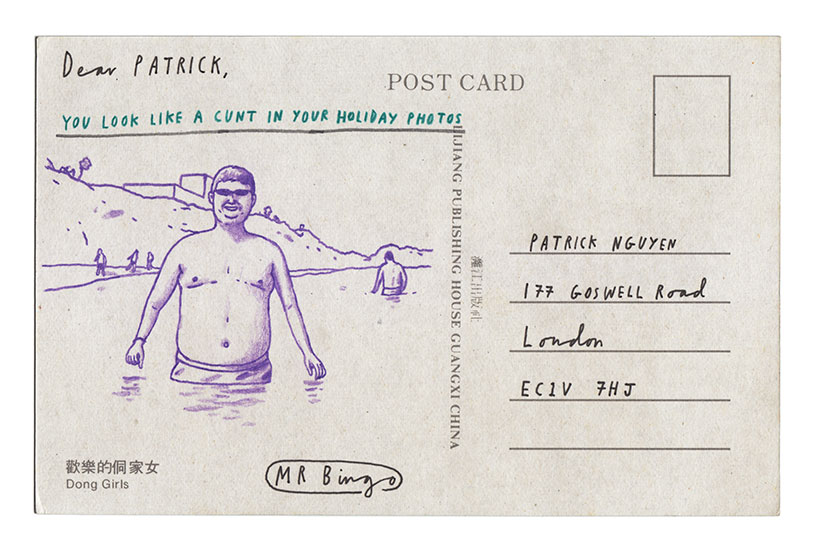 DB: what would you say is your strongest skill and how have you honed it?
Mr B: humour. I’m not sure if/how I’ve honed it really, I guess it’s one thing that I feel I didn’t really learn, more that it was just in me. without the sense of humour my work wouldn’t really get noticed, it would just be more decorative stuff in a massively visually saturated world.

DB: what would be your dream brief?
Mr B: a hate mail for jay-z ordered from solange. 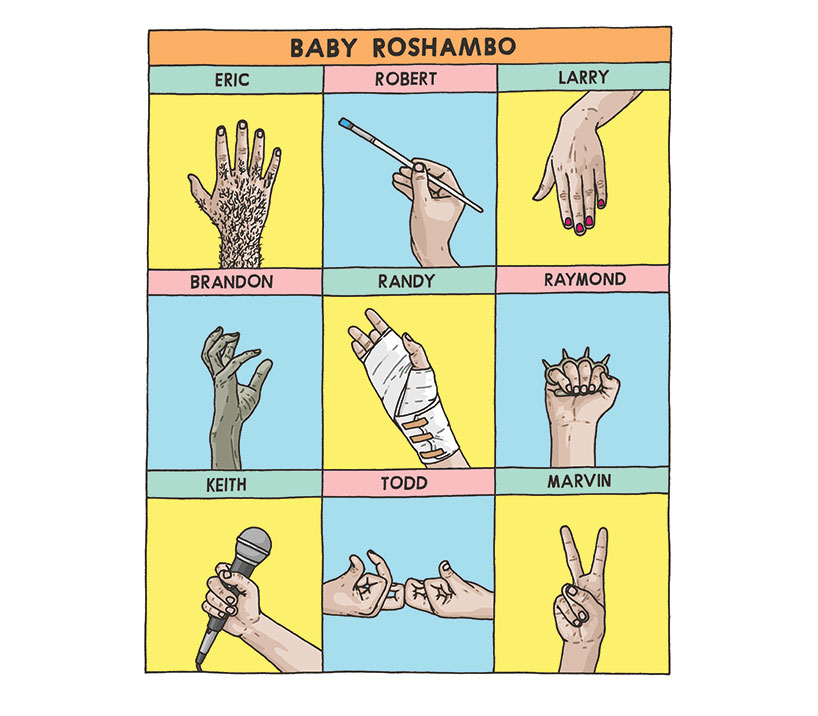 baby roshambo for the new yorker

DB: how do you think online design resources influenced the illustration?
Mr B: in quite a big way I’d expect. like magazines did in the past (and still do of course), they’re editing and shaping what we look at. when I left university, design blogs didn’t really exist so we didn’t have so much reference and influence but people graduating today have this massive online wealth of design and illustration to look at and be influenced by. I feel quite lucky that I didn’t have that in a way, it seems quite overwhelming! 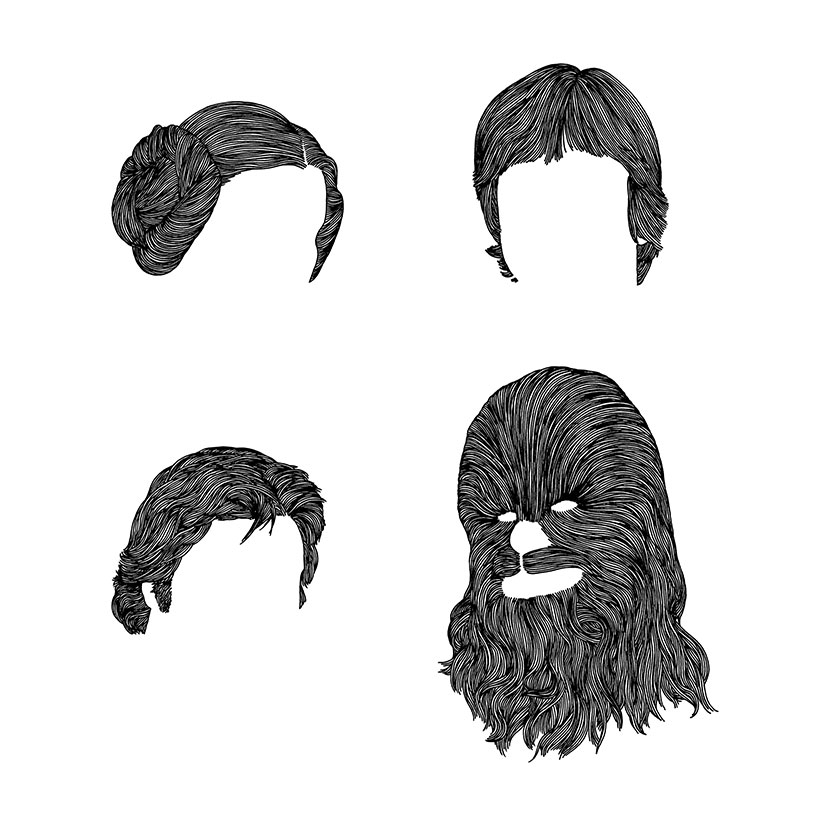 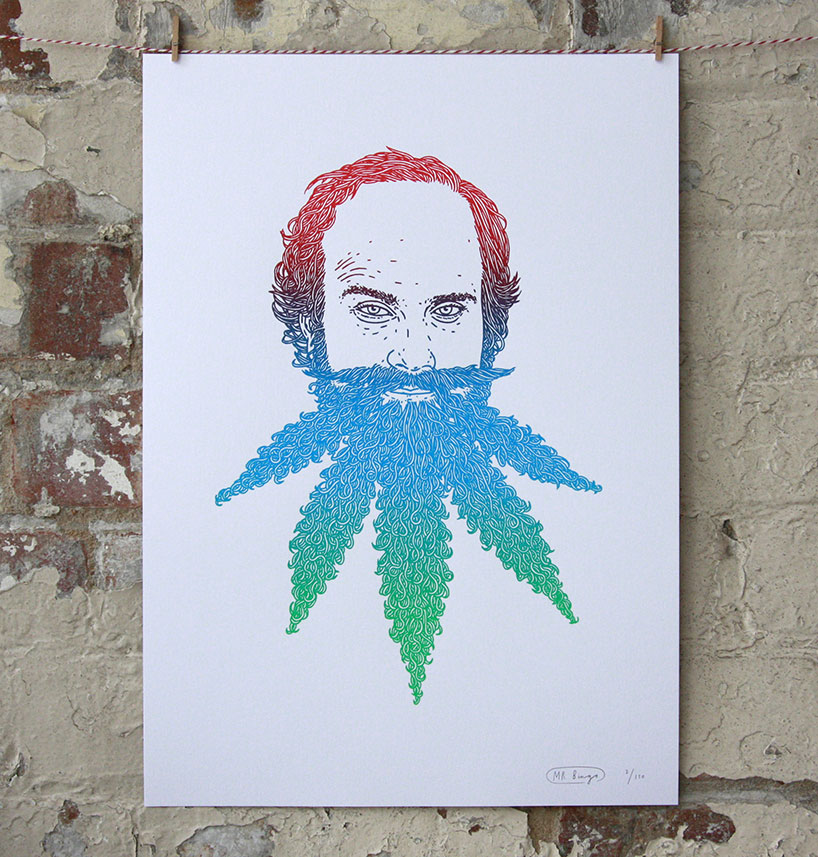 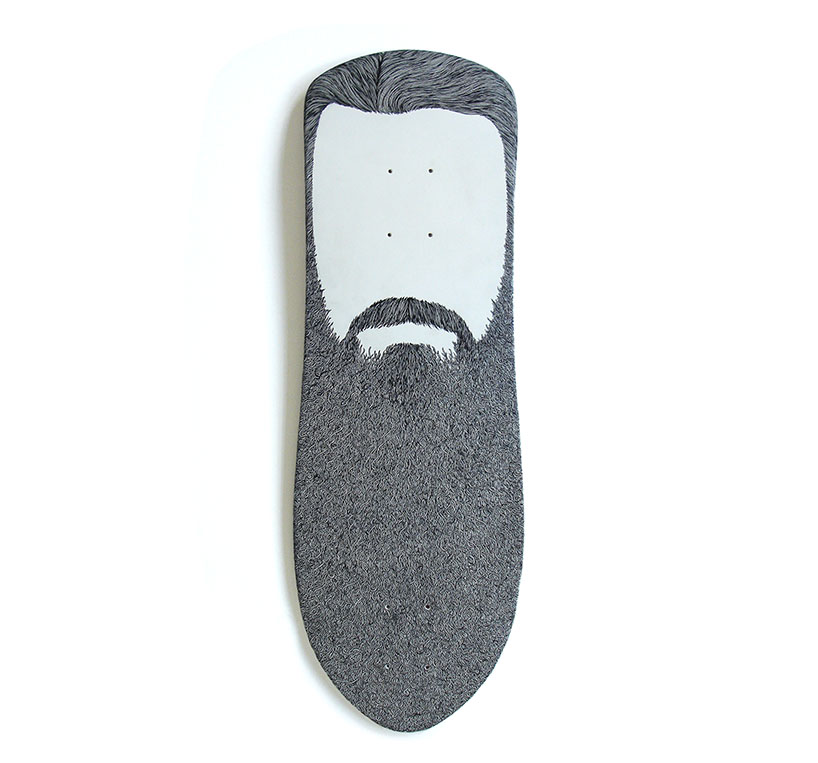 DB: what is something that you are currently fascinated by and how is it feeding into your work?
Mr B: stock photography. it’s a weird world if you delve into it. I have a folder on my computer which just contains images of pissed off cats being held by children. they’re all taken from stock photography sites and there’s a lot of them. I also have a collection of the strangest stock images I’ve ever come across. I’m currently writing a rap about them which I will be performing on stage later in the year. 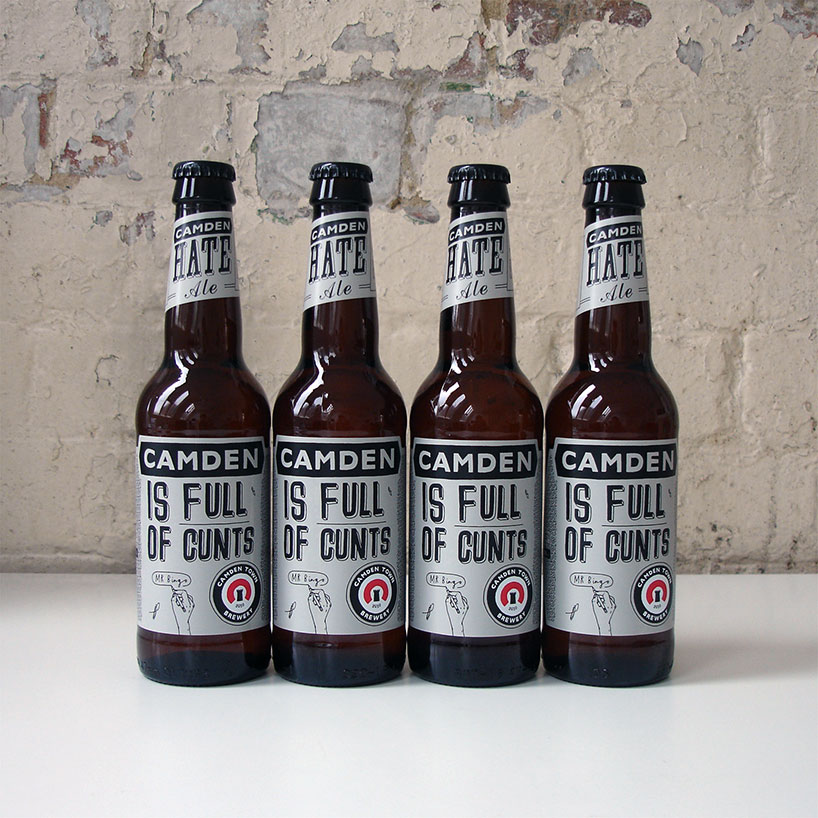 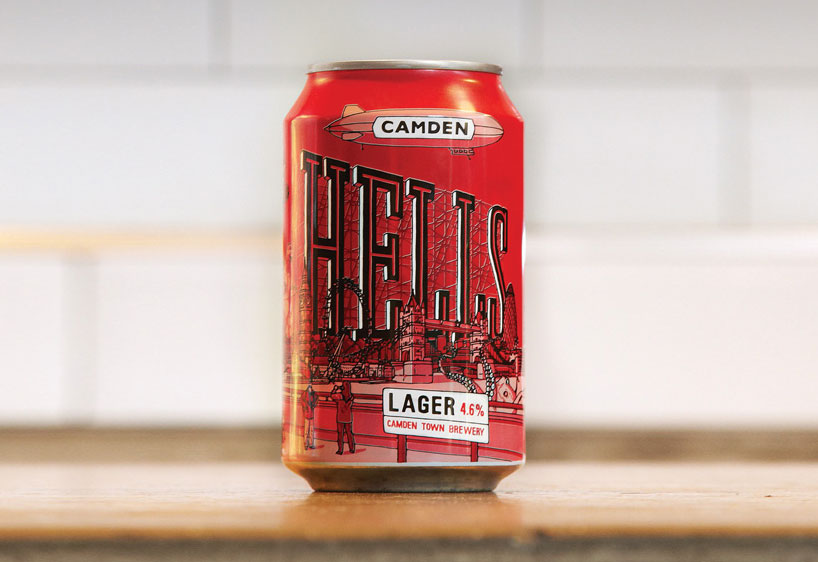 DB: do you have any superstitious beliefs?
Mr B: yes but it’s difficult to explain them. I’m one of those agnostic people who pokes fun at religion, but is secretly afraid of everything because I don’t have a god to protect me, so I play little games in my head all the time in order to try and keep everything in my life balanced and safe. you know like when you say ‘if I get throw this ball of paper in the bin and it goes in, my plane won’t crash tomorrow’. all that kind of shit. I hate it but it’s compulsive and beyond my control. 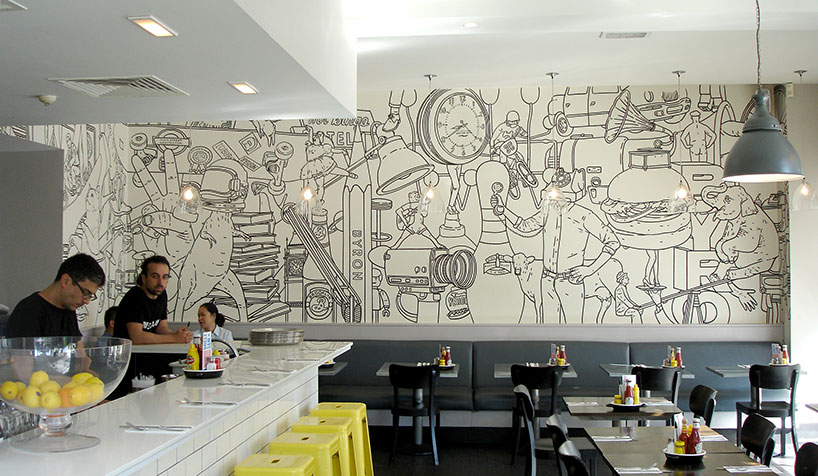 DB: what do you know now that you wish you knew at 21?
Mr B: that it’s easier to chat up women than I thought. I don’t mean that to sound egotistical or degrading to women, I literally had zero success with the opposite sex at that age, and I’ve now come to realize that it’s not as hard as I thought for people to even consider being attracted to you. armed with this knowledge, if I could go back now… I would have kissed (maybe even more) a lot more ladies.

DB: what’s your personal motto?
Mr B: nothing matters. 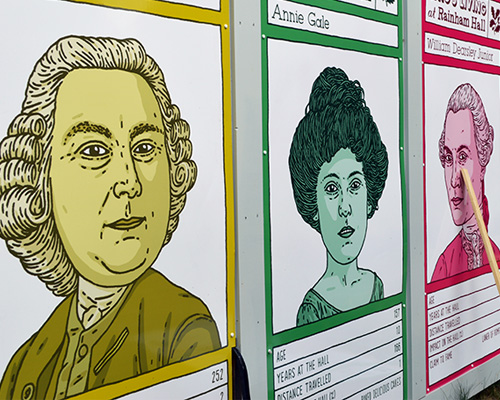 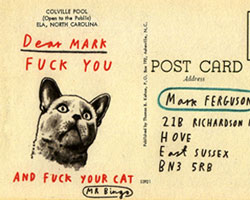