harry shunk met jános kender in paris, where they would become life and work partners. from the 1950s to the early 1980s, the duo photographed the spectacular effervescence of the artistic avant-garde across paris and new york city, where they mixed with artists such as john baldessari, christo and jeanne-claude, yayoi kusama and many others. among the first to venture outside the photo studio to capture the otherwise private side of the creative scene, shunk-kender created an invaluable record of the art world and its most famous figures. the relationships they forged with the artists allowed them to capture private moments and uninhibited experimentation, particularly documented in their close friendship with french artist yves klein. a leading member of the french artistic movement ‘nouveau réalism’, or ‘new ways of perceiving the real’, klein’s life, work and world view can be intimately understood through shunk-kender’s lens.

from march to september 2020, MASI lugano has staged a monumental exhibition (see 3D tour here) dedicated to shunk-kender’s remarkable photographic archive, among their best-known devoted to klein, including ‘le saut dans le vide’ and ‘anthropométries’. designboom visited the exhibition last year and spoke with director of MASI lugano dr. tobia bezzola who, since taking on the role, has made photography a primary part of the yearly show plan. 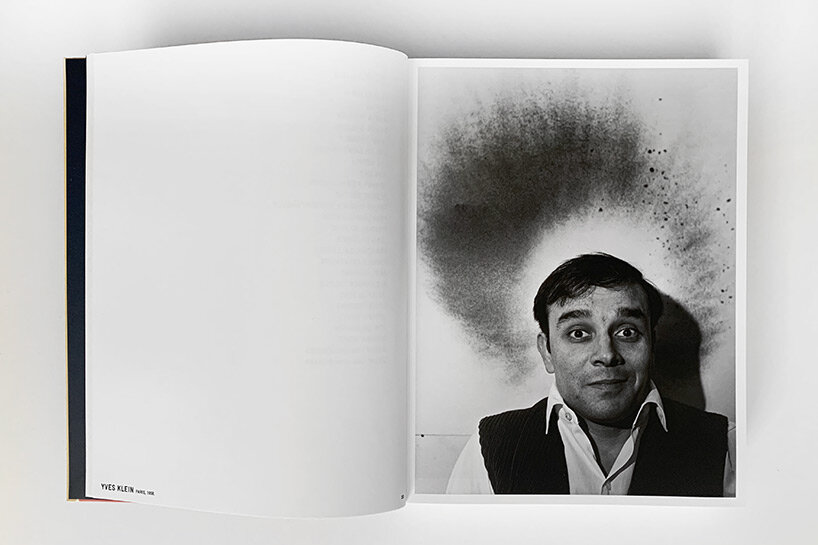 all images of the catalogue shunk-kender: art through the eye of the camera by designboom

shunk-kender met klein at iris clert gallery in paris during the preparation of the exhibition ‘le vide’ in 1958, and soon became klein’s favorite photographers. from the invitation card to the blue cocktail served to the public, klein envisioned ‘le vide’ and its opening as a holistic event — a total artwork imposing itself on public space. this space was understood as a new territory for art, which often jostled and disturbed, such as on january 26, 1962 in the paris museum of modern art. in a performative and elaborate work, klein removed the pictures in a room in order to create a ‘zone de sensibilité picturale immatérielle’ (zone of immaterial sensitivity), which involved the sale of documentation of ownership of empty space. the same room later housed works by the ‘new realists’ for the comparaisons art fair. klein had harry shunk do a reportage in order to document the empty room, and the room filled with works by the ‘new realists’ for the catalogue. 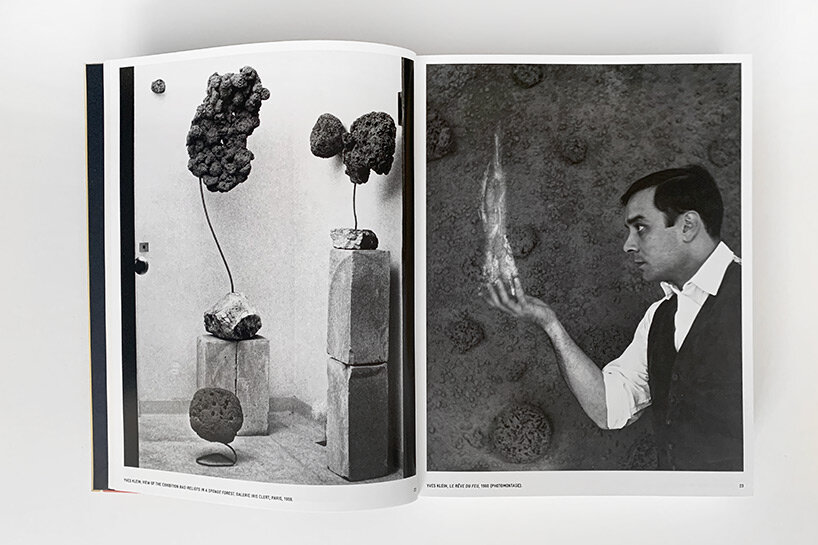 the pair also shot anthropométries — on june 5, 1958, klein experimented for the first time in public with the creation of a painting using a ‘living brush’ at the home of his friend robert godet, a publisher and contemporary art collector. a few months later, he created his first anthropometric performance in his apartment, a performance he then repeated on march 9, 1959 at the galerie internationale d’art contemporain in paris. accompanied by the symphonie monoton-silence, three nude models covered themselves with paint and made prints of their body following the artist’s instructions. 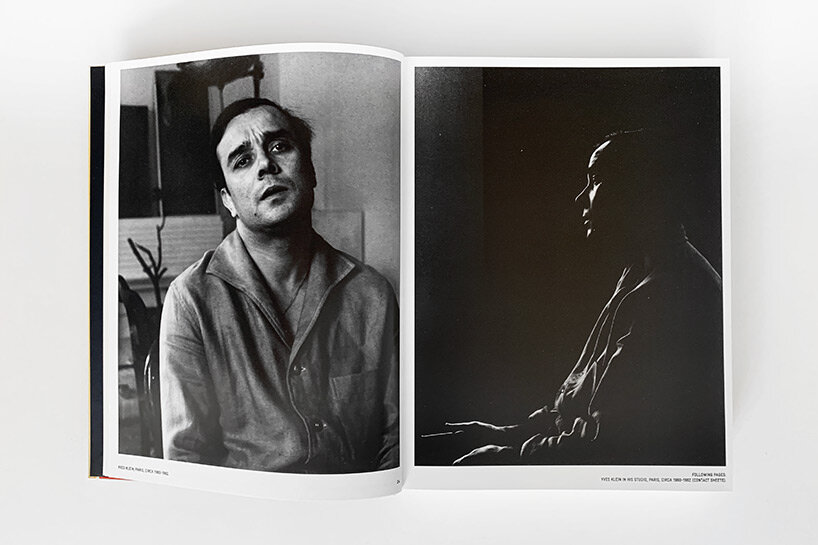 furthermore is the documentation of the famous photo, ‘le saut dans le vide’ from october 19, 1960. klein jumped off a pillar at the entrance of a house, his face turned toward the sky, his arms outstretched on an apparently deserted street, where a cyclist passes in the distance indifferent to the man who has taken flight. the shot was taken after several trial runs, with klein landing on a soft tatami mat held by his partners at his judo club. harry shunk then photographed the empty street, and added the cyclist seen from the back. ‘a man in space!’ was the headline in the dimanche newspaper on november 27, 1906 created by klein for a single issue. it reproduced this photomontage, which is undoubtedly the best known of the shunk-kender photographs. 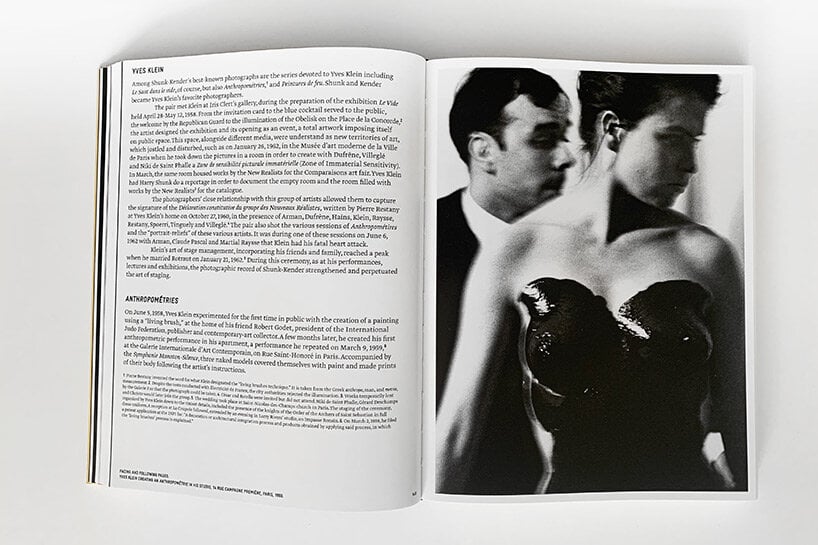 yves klein creating an anthropométrie in his studio, paris, 1960

‘yves klein, with his holistic approach combining performance, happenings, literature with painting and sculpture, formulated a method that serves as an example and model for young artists worldwide today,’ said dr. tobia bezzola, director of MASI lugano, to designboom about the artist. ‘meanwhile, shunk-kender are so important because their work shows how photography, starting in the early 1960s, not only accompanied and mapped the world of art. rather, in happenings, performative, environmental and conceptual works of those years, photographers became equal collaborators and co-producers of the artists.’ 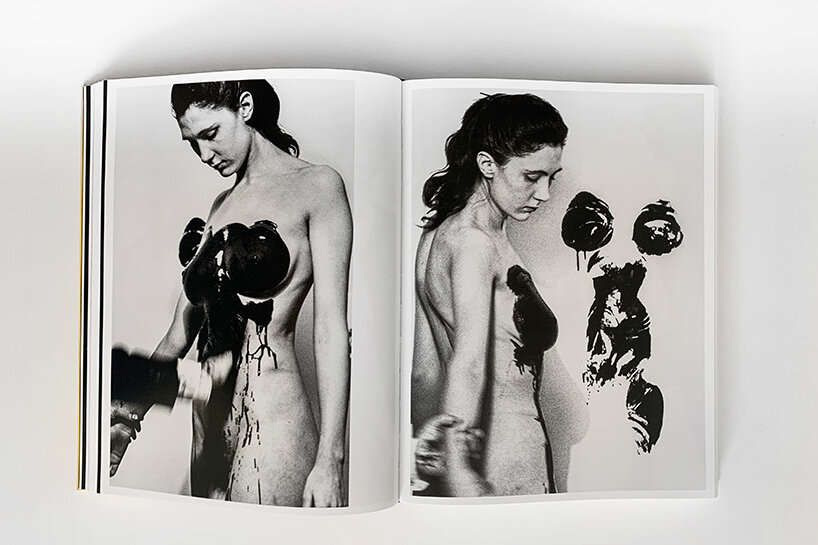 anthropométries — the creation of a painting using a ‘living brush’


the exhibition shunk-kender: art through the eye of the camera (1957-1983) at MASI lugano amplifies a strong presence of photography in the repertoire of the museum. ‘already the museo cantonale d’arte in lugano has taken a great interest in photography from 1987 to 2015, has presented a great number of important exhibitions and has built up a considerable collection,’ dr. tobia bezzola continues. ‘MASI continues this work and will continue to collect and exhibit outstanding photographic positions in the future.’


all exhibitions of MASI lugano are currently displayed in their digital museum, where they can be discovered in depth via virtual tour. 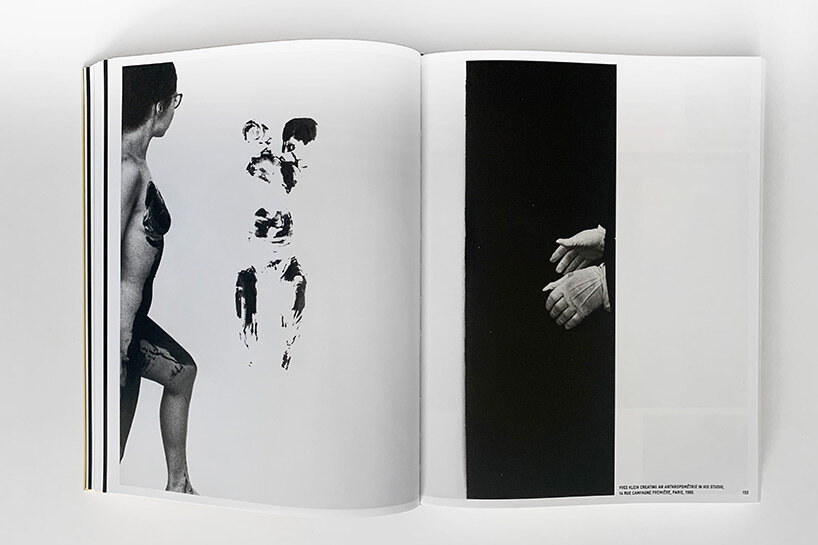 yves klein creating an anthropométrie in his studio, paris, 1960 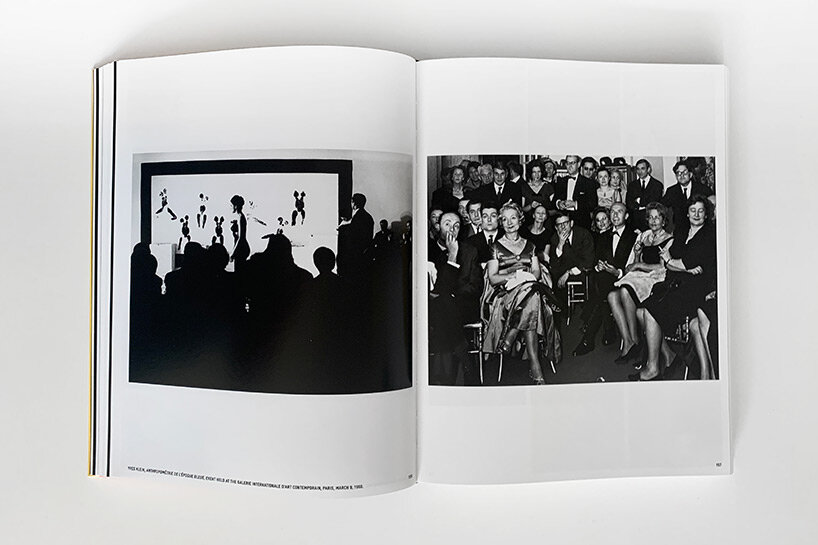 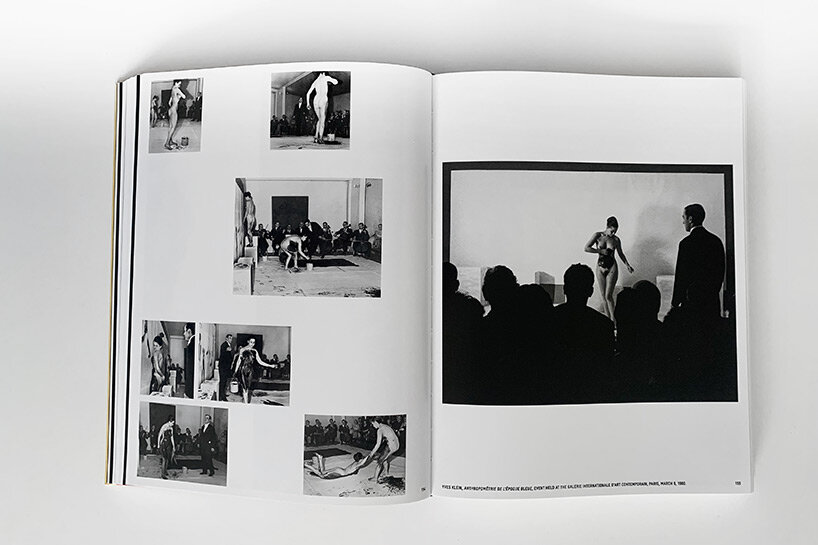 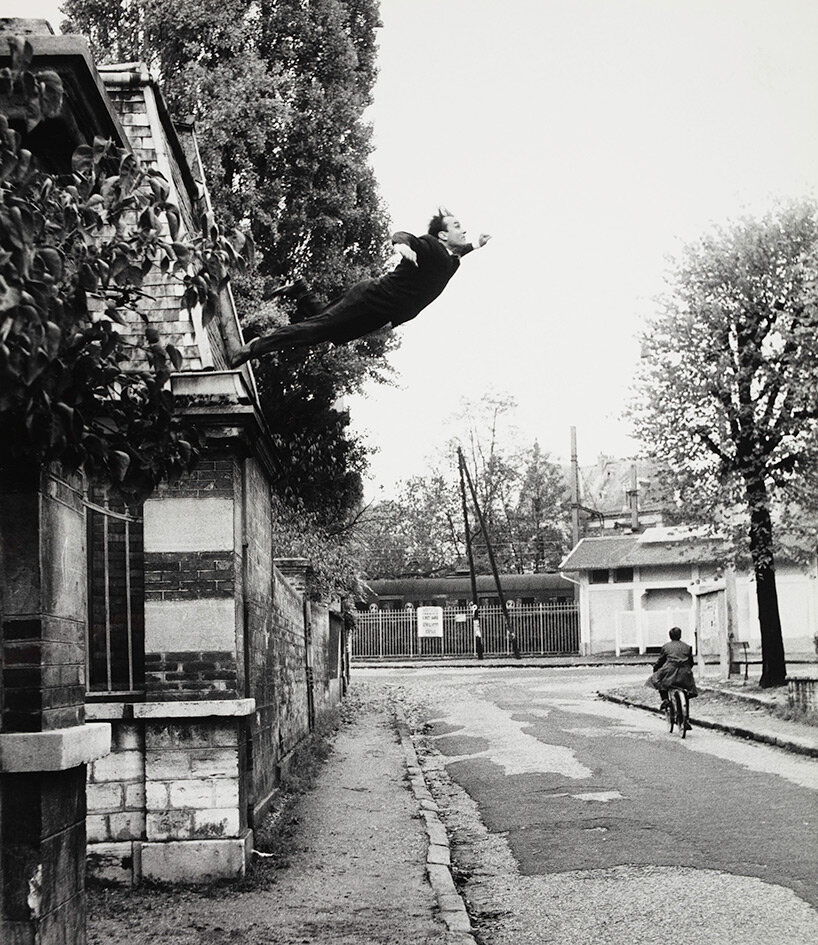 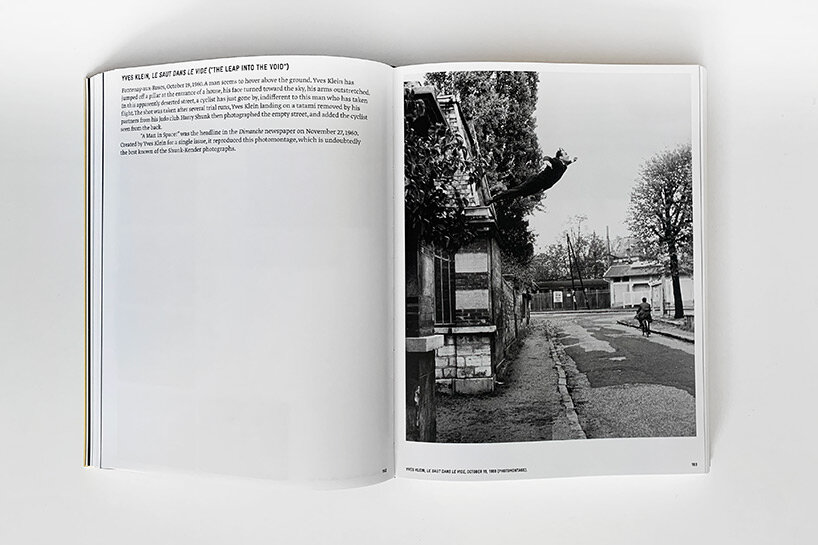 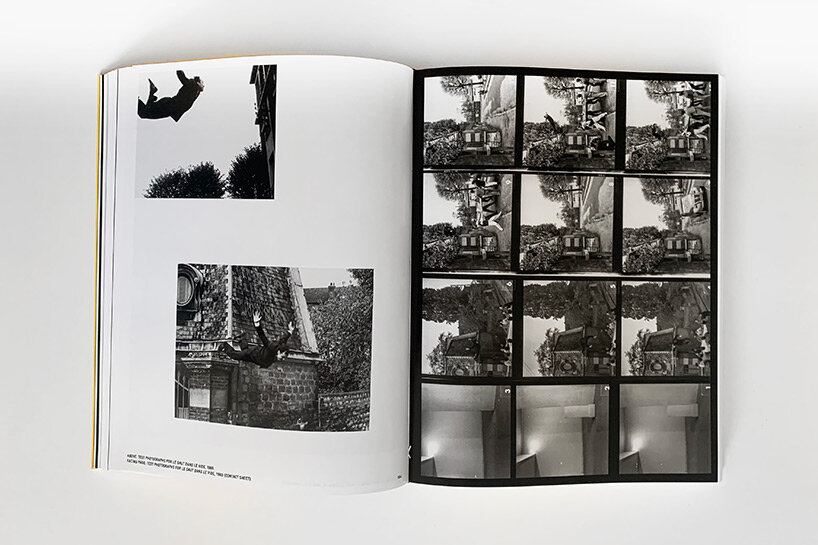 test photographs for le saut dans le vide (the leap into the void), 1960 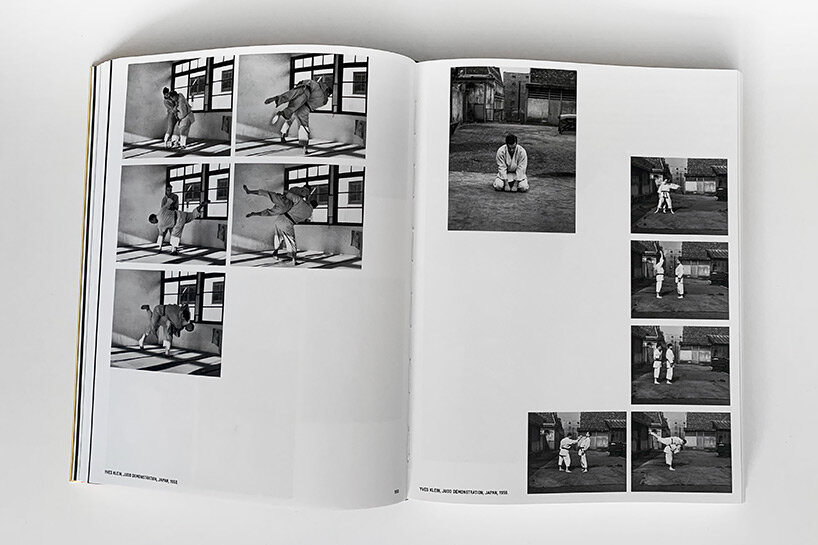 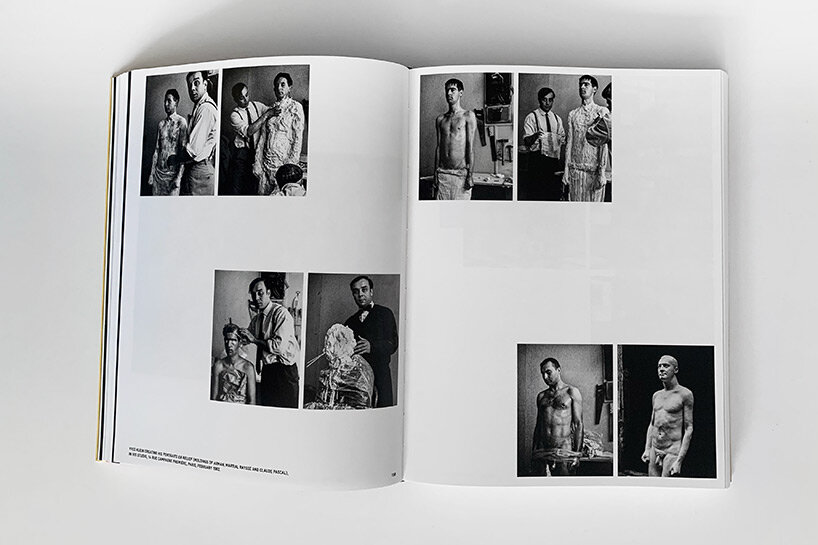 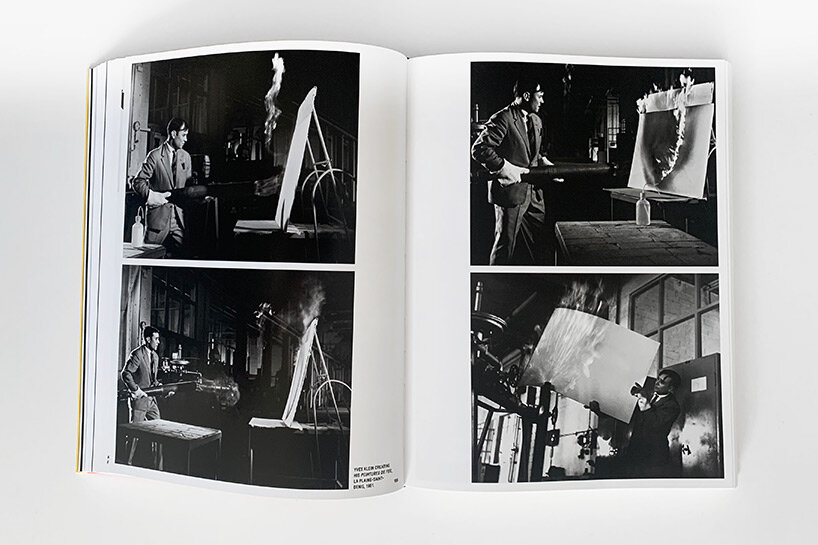 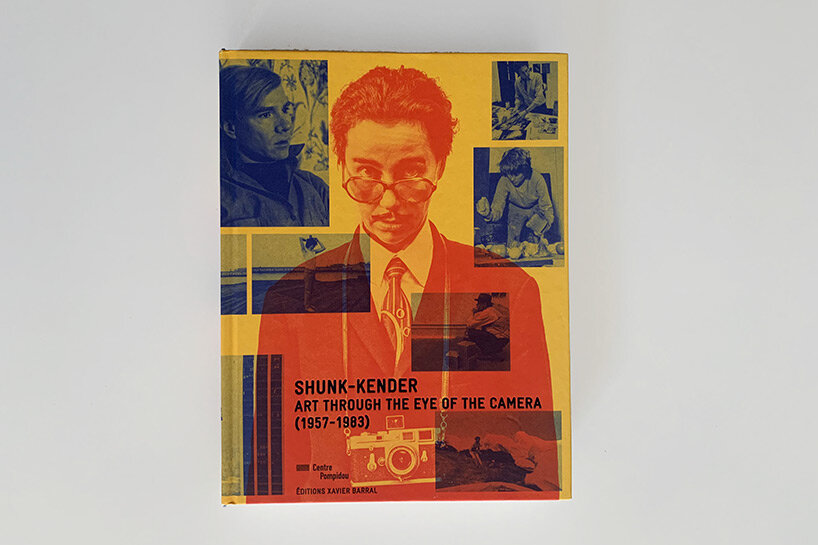 cover of shunk-kender: art through the eye of the camera (1957–1983)
LINK TO PUBLICATION here