the 10th edition of manifesta, the european biennial of contemporary art, took place in the state hermitage museum in st. petersburg. supervised by curator kasper könig, the exhibition commenced in the entrance hall of the general staff building with an overview of the most important video art works from the past four decades. this program of video art works entitled ‘unlooped kino’ was sourced by rainald schumacher and nathalie hoyos of office for art from well-known and private and public art collections, and included time-based media by marina abramovic, oleg kulik, francis alÿs and tracey emin. 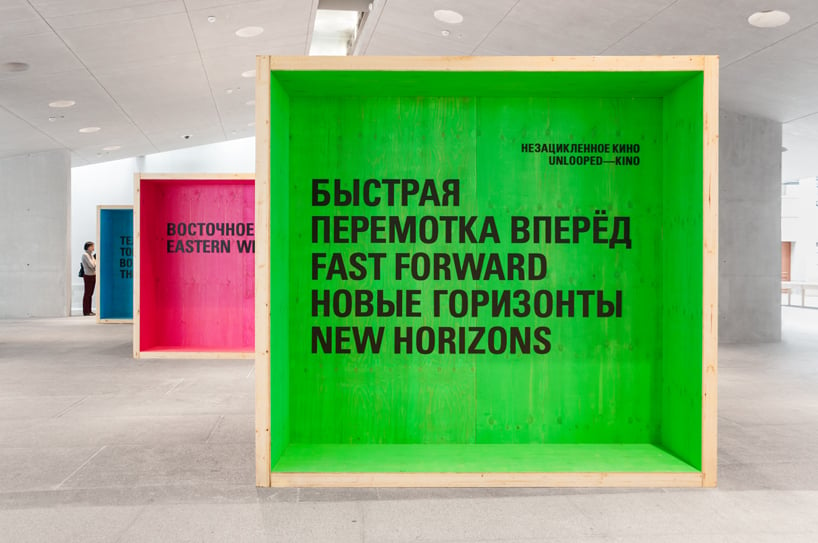 works by marina abramovic, oleg kulik, francis alÿs and tracey emin, among others 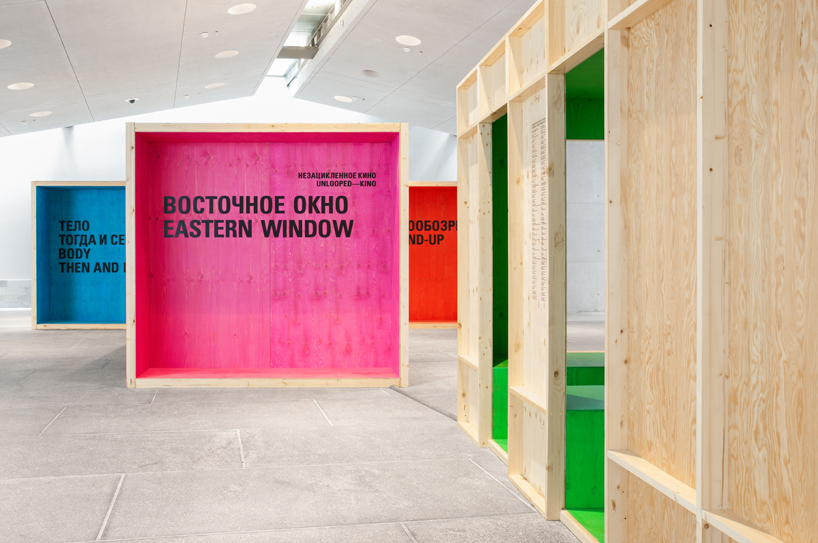 to make the video programs in the public entrance hall visible and accessible, amsterdam-based designers ira koers and roelof mulder designed four half-open, freestanding cinemas, forming intimate rooms with a monitor, a window and two benches with doorway-sized openings at either end. in addition to seated viewers, guests in the hall could also see the video images by looking through the window portals cut out of the back wall of each room. the outside of the double wall creates a framework for the title of the video room and its program.

the video rooms were designed as a kit made out of pinewood that could easily be set up without harming the entrance hall. in contrast to the exteriors, which were covered in clear varnish, the interiors were saturated with a pure colored pigment. the satiny finish of the interiors reflected the tones and light of the moving video images, continually changing the look of the interiors. 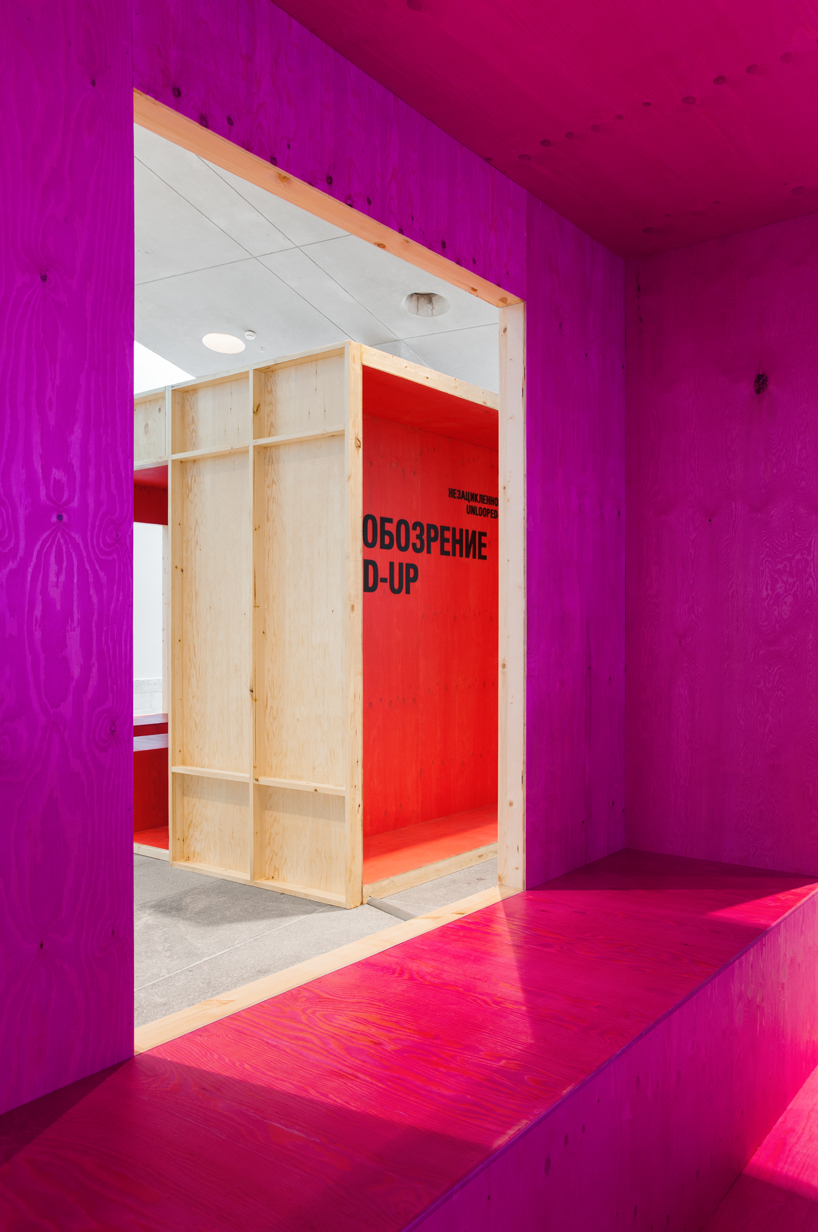 view through the window in the back wall 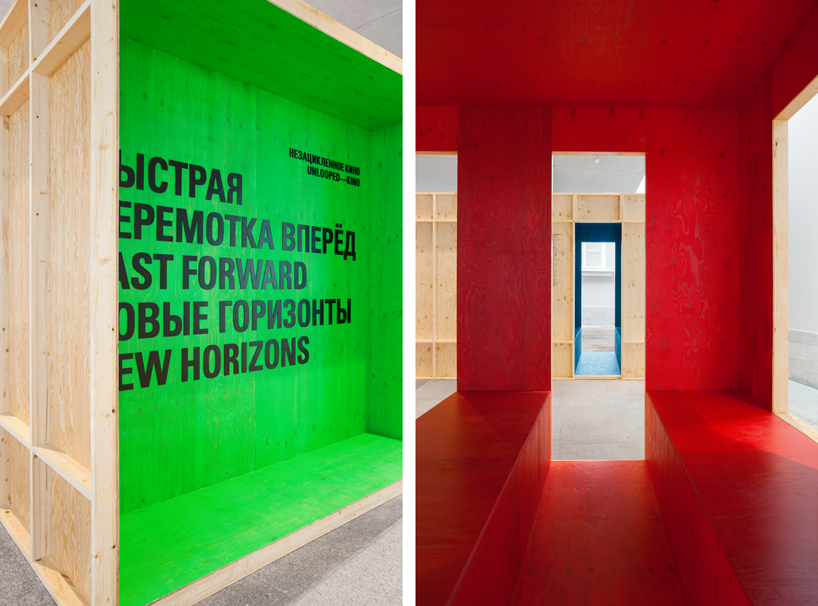 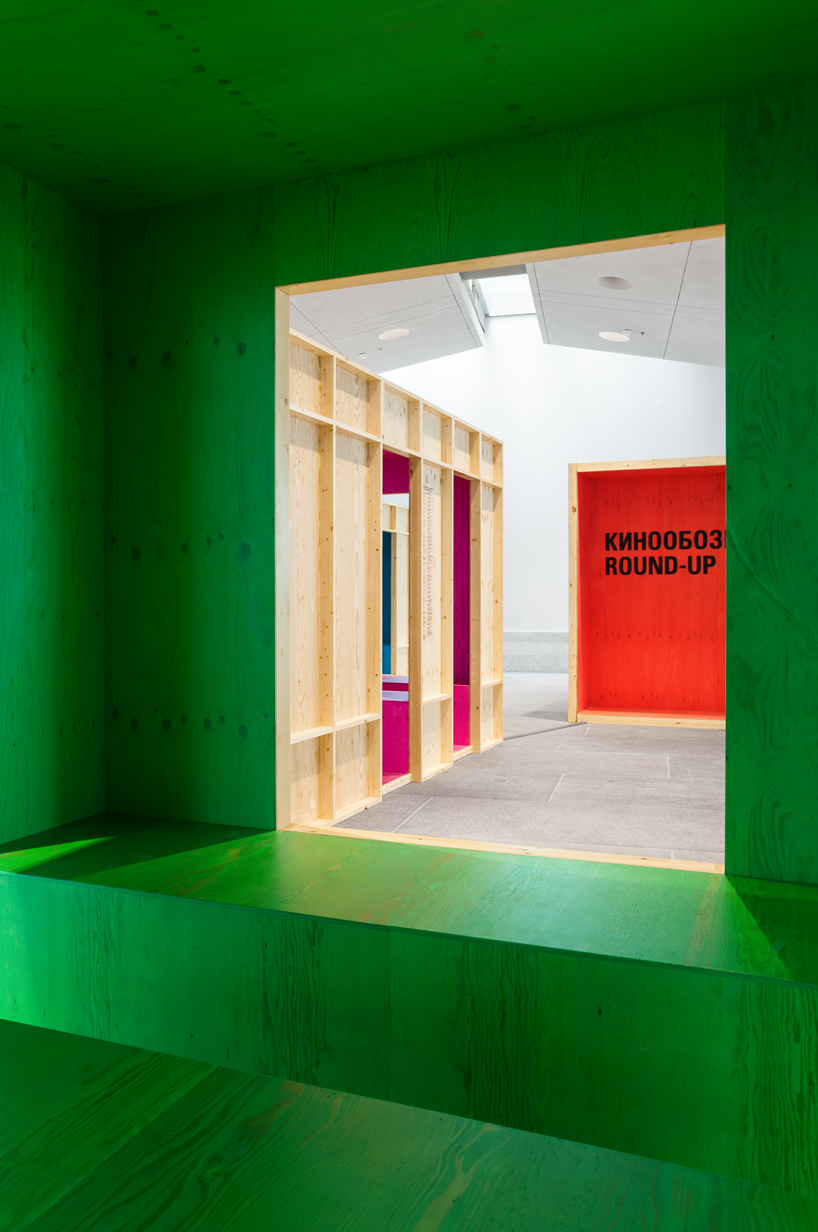 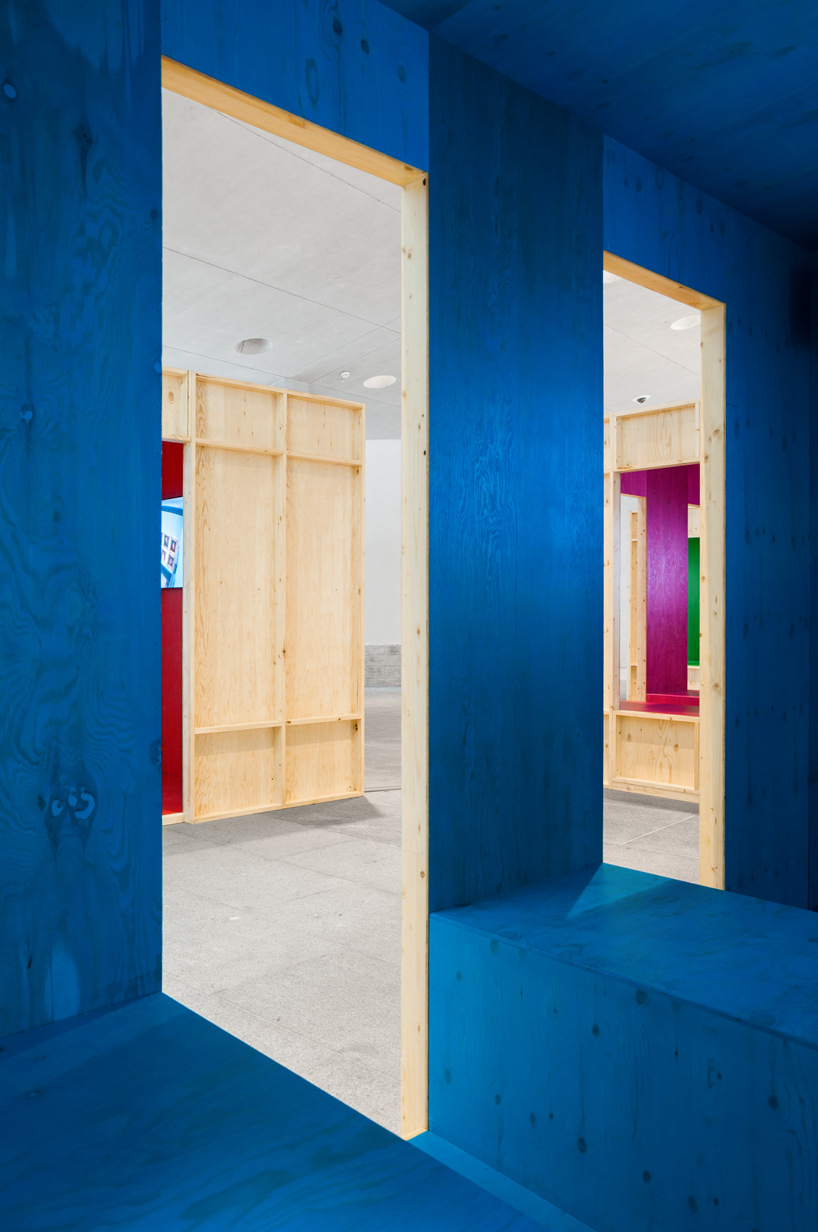 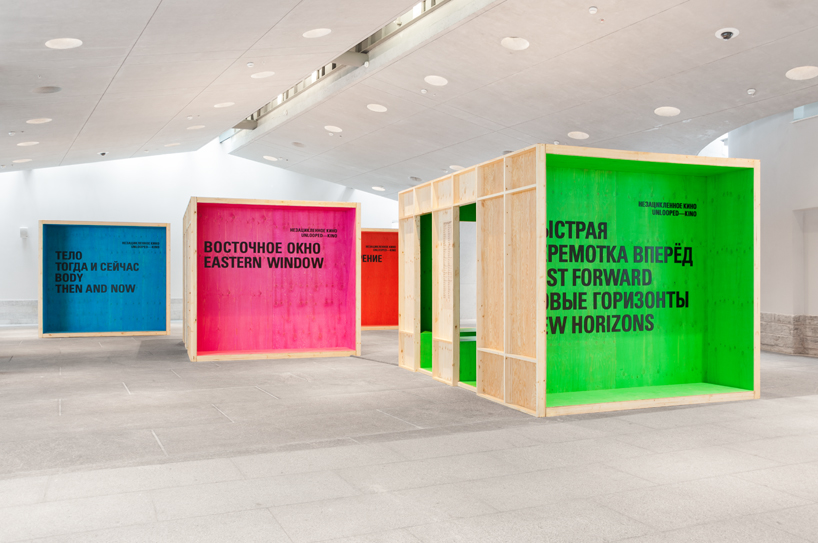 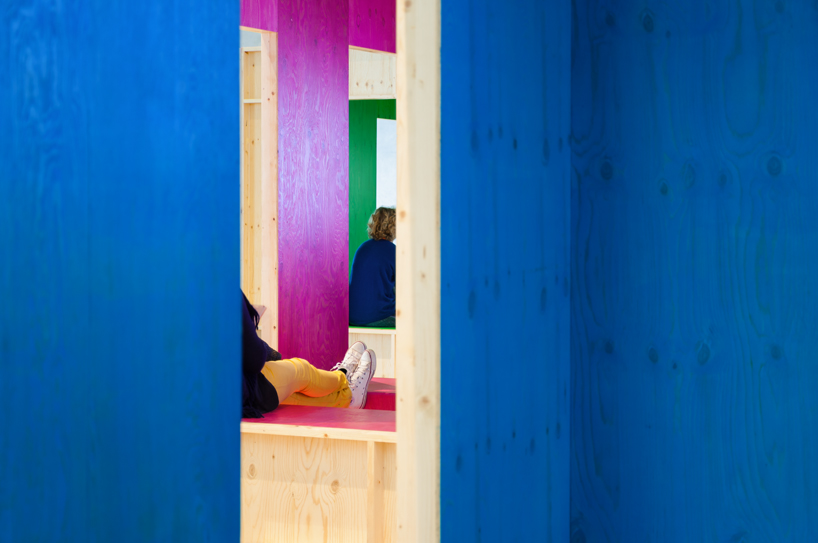 view through the video rooms 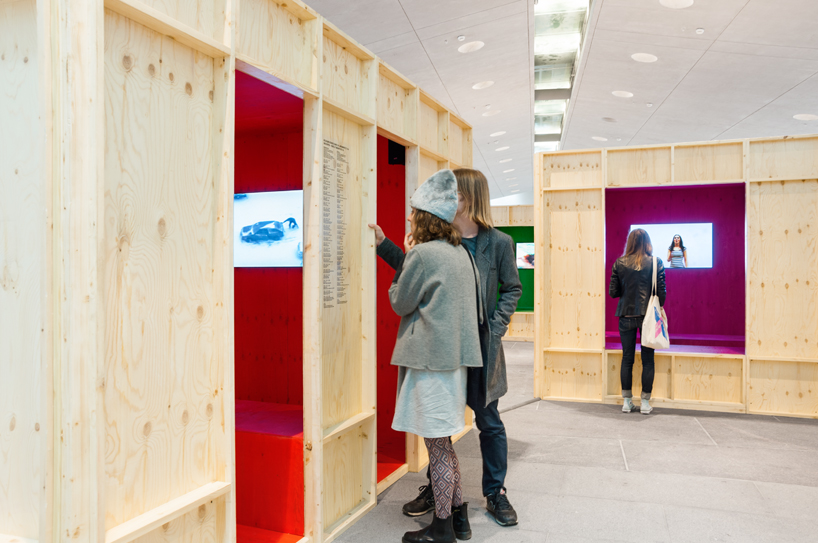 each of the benches has their own entrances 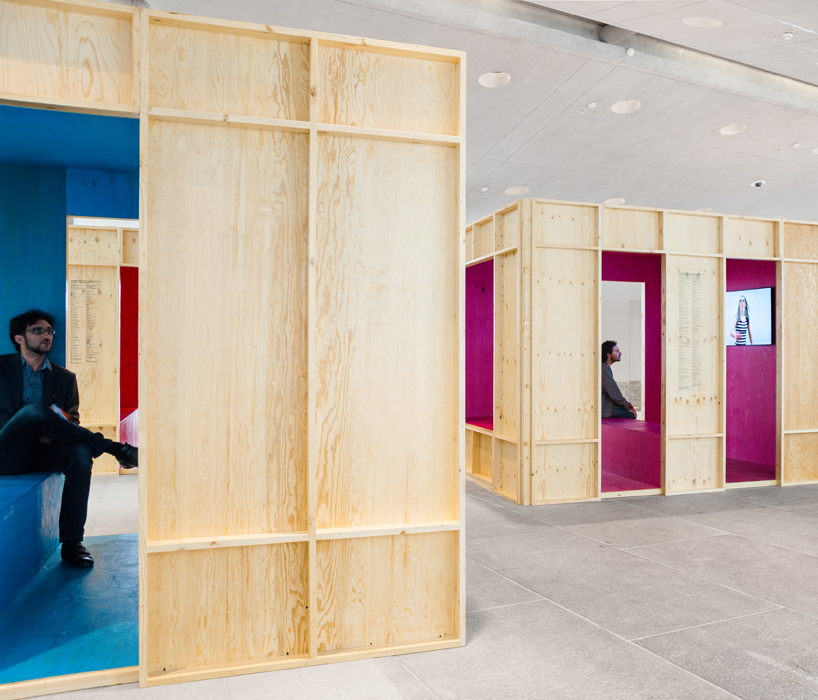