during the venice art biennale 2015, british artist isaac julien collaborates with rolls-royce motor cars to preview a film installation entitled ‘stones against diamonds’, filmed deep within the remote glacial caves in the wilderness south west of iceland. julien and a crew of almost 50 people gained rare access to the precious ice grottos in study and documentation of the semi-precious stones that inhabit them. 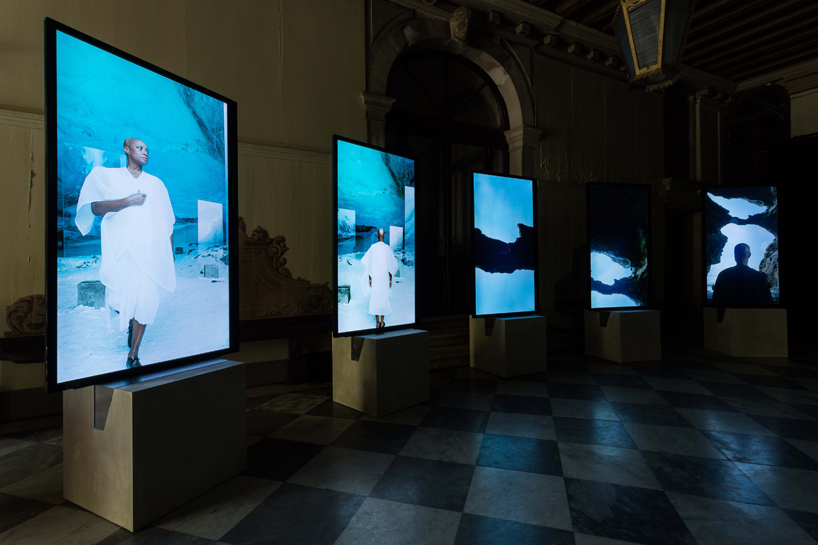 the film revolves around a passage from a letter written by italian-born brazilian architect and designer, lina bo bardi, whose preference of semi-precious stones over gemstones is cataloged in her book of writings, bearing the same name as the installation title. julien portrays some of the most beautiful objects as the least precious in a conventional sense, in turn, investigating the role of the subconscious throughout creative production. actress vanessa myrie, a frequent performer in julien’s work, takes the viewer on a journey through a glistening landscape of glaciers, rocks and black volcanic sands. 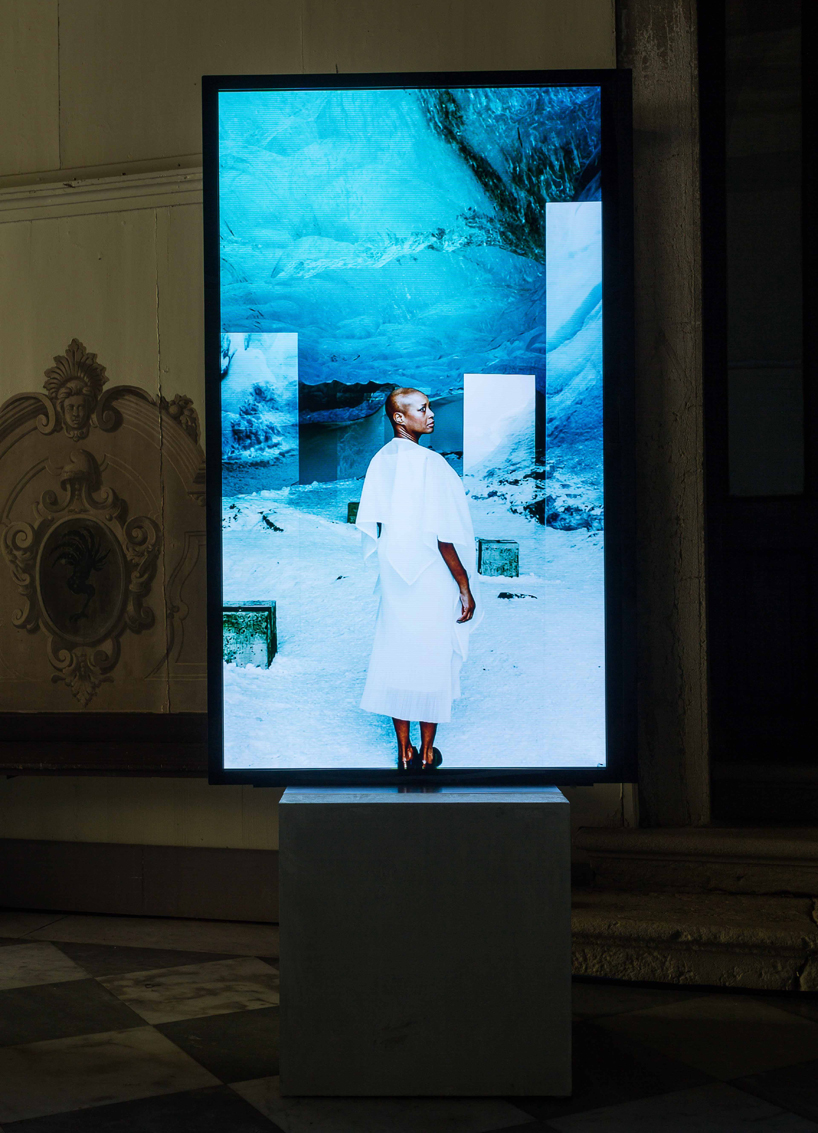 actress vanessa myrie takes the viewer on a journey through a glistening landscape of glaciers
photo by mark blower / courtesy the artist, victoria miro, london and roslyn oxley9 gallery, sydney

‘the cave can be read as a metaphor of the unconscious, a place of rich beauty but difficult to access except through the processes of psychoanalysis and artistic reflection.’ isaac julien commented. ‘by inserting some of bo bardi’s emblematic architectural elements in the cave, such as her iconic spiral staircase and glass easels, I hope to make a connection between her work and these organic aspects, the stones and the carved glacial ice, the simplicity of forms that was one of lina’s signatures.’

‘stones against diamonds’ is a prelude to a larger film that julien will complete in 2016, which will meditate on bo bardi’s creative production, and will be shot in italy and brazil. 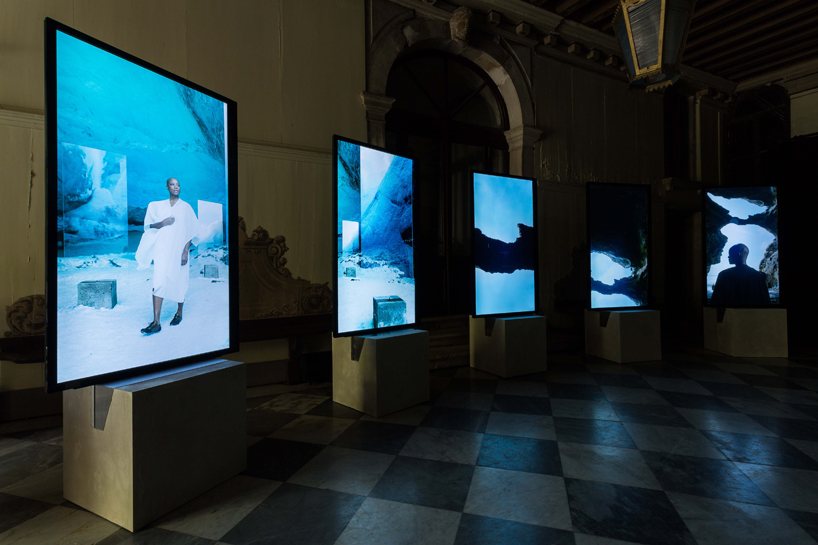 ‘stones against diamonds’ is projected across a series of screens within palazzo malipiero-barnabò
photo by mark blower / courtesy the artist, victoria miro, london and roslyn oxley9 gallery, sydney

following the preview during the venice art biennale, the video installation will be shown on a larger scale than previously seen during art basel in basel, 2015. rolls-royce motor cars will present the first public showing of ‘stones against diamonds’ as a unique, site specific installation filling the interior of an imposing church across ten screens. 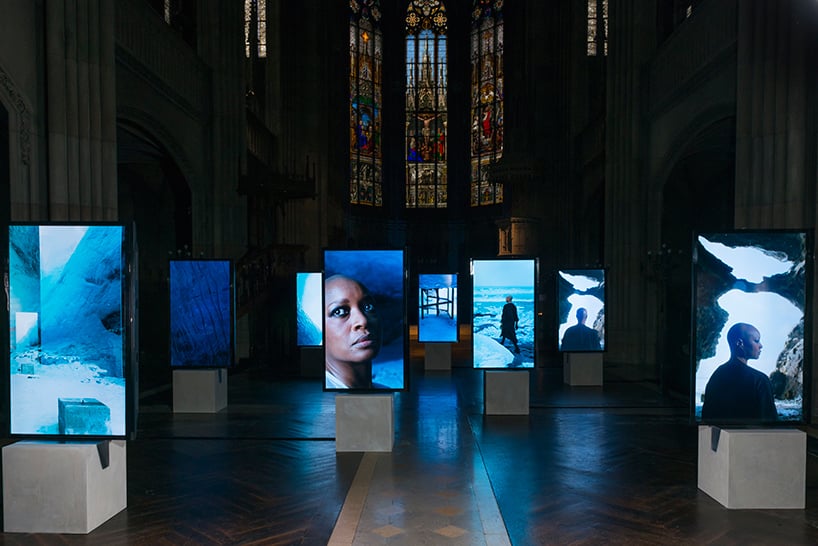 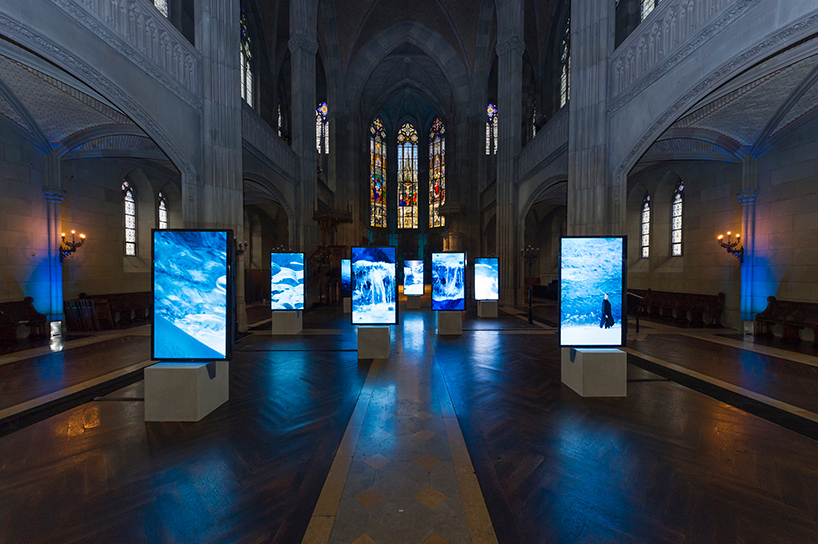 ‘stones against diamonds’ presented during art basel in basel, 2015
photo by harold cunningham 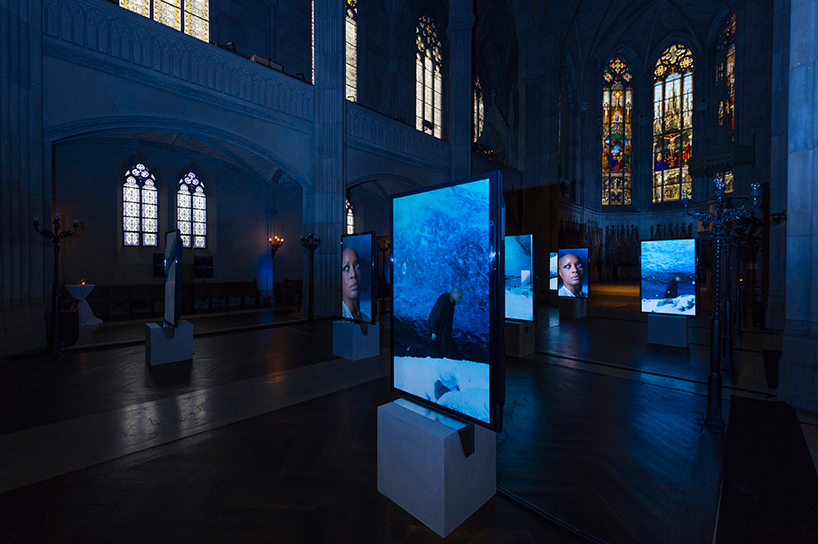 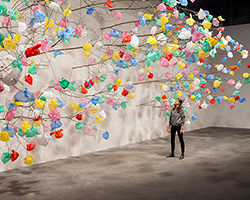 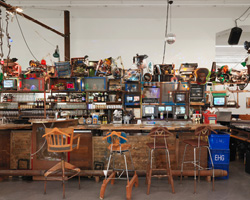 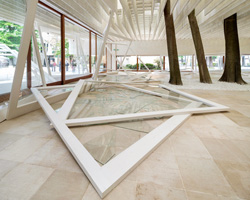 May 14, 2015
rapture by camille norment at the nordic pavilion, venice art biennale 2015