at the Hermès ginza store in tokyo, french artist isabelle daëron has infilled the window cases with a dynamic and colorful landscape of droplets, referencing the movement and form of water. ‘making waves’ responds to the Hermès 2016 theme of ‘la nature au galop’ (nature at full gallop) with a landscape of oversized drops that fall from the ceiling, coil into a current within two large vitrines, and continue across a series of small display boxes.

‘living in the city, there is a tendency to forget the reality of the everyday blessings forthcoming from nature,’ daëron says. ‘resources both precious and finite in their essence, in fact, integrally support the fabric of our lives.’

in the large front window, daëron depicts various stages of water, and the characteristics it can take on in the natural world. the installation begins with a shower of rain on pavement, continues with a large wave flowing into the sea, and finishes with a frozen icicle-like structure. this sequence of stages flows into a single integrated storyline, where Hermès products dot the landscape and engage with the installation’s narrative. 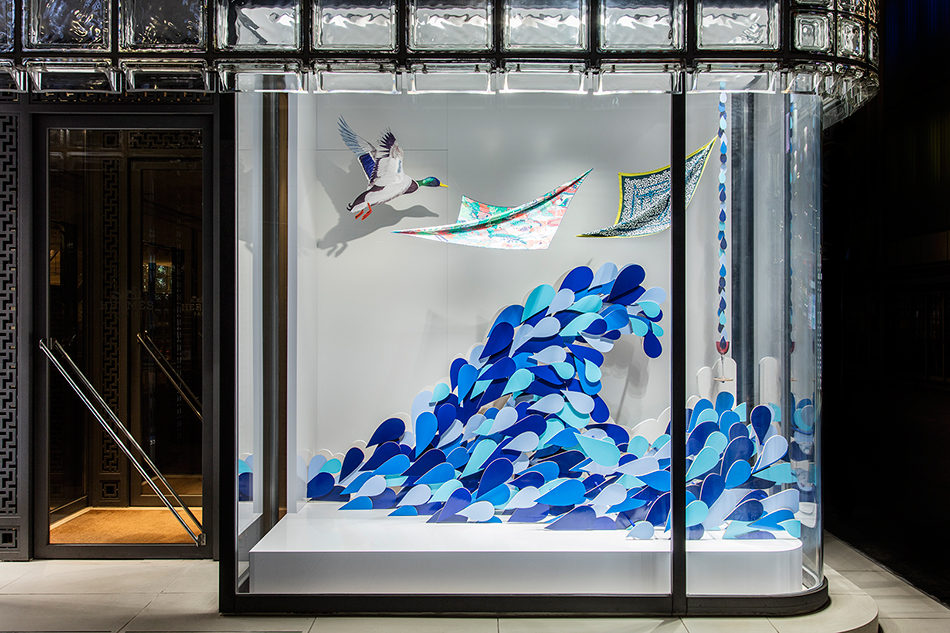 developed in a series of smaller windows is a study of the relationship between objects and water. silkworms feed on leaves and the resulting fabric, rock surfaces conjure up images of mining realms to convey the bond between raw materials and water. the space also explores how the element is used in the crafting of jewelry, the dyeing of leather and the washing of silk — evoking imagery of the ‘water footprint’ consumed in these production activities. 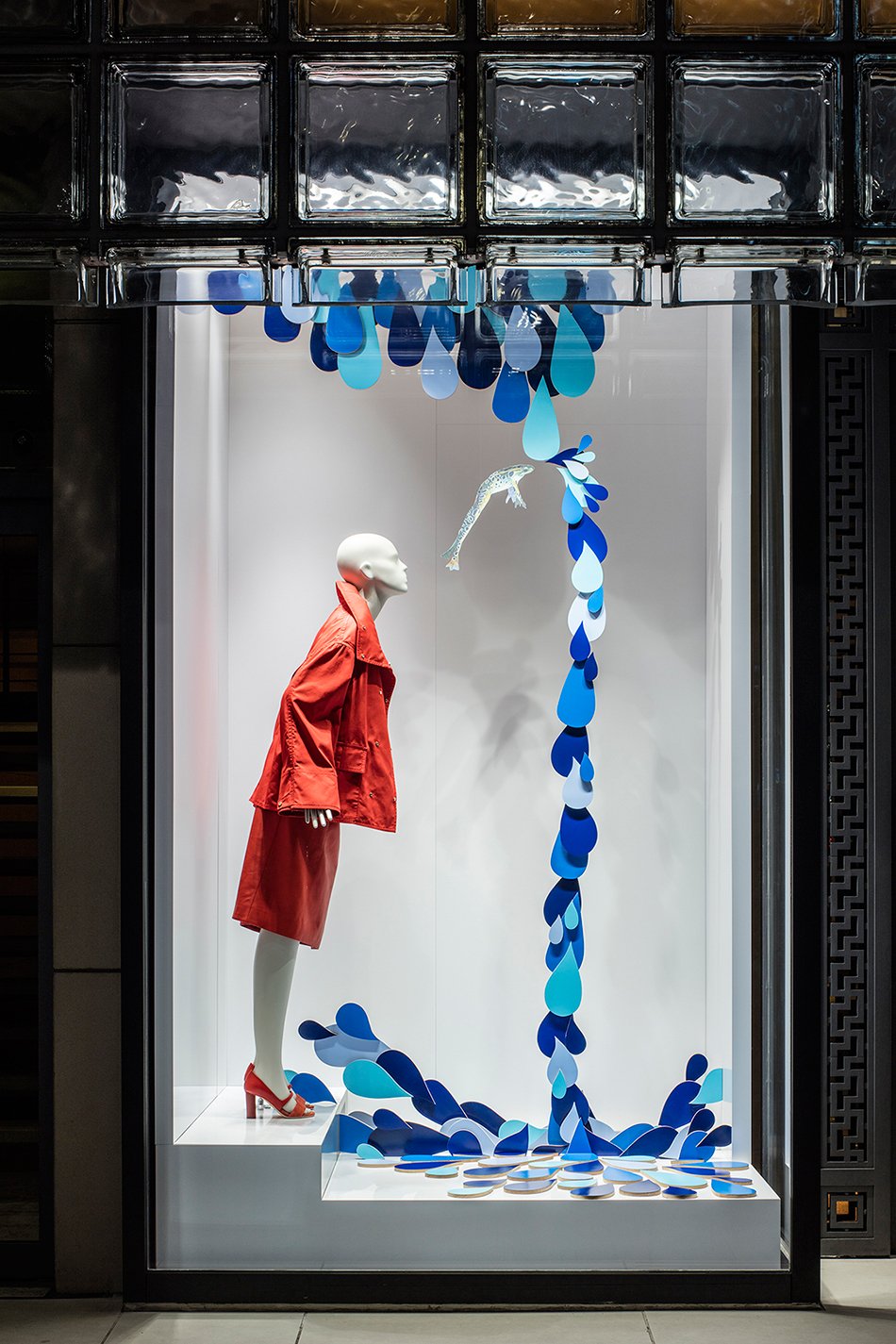 the title ‘making waves’ also refers to confrontation and doubt, drawing attention to the dual aspects of water in nature, versus the human society that makes use of it. the result is a roadmap for contemplating the realities of the element and the environment in which we live in. 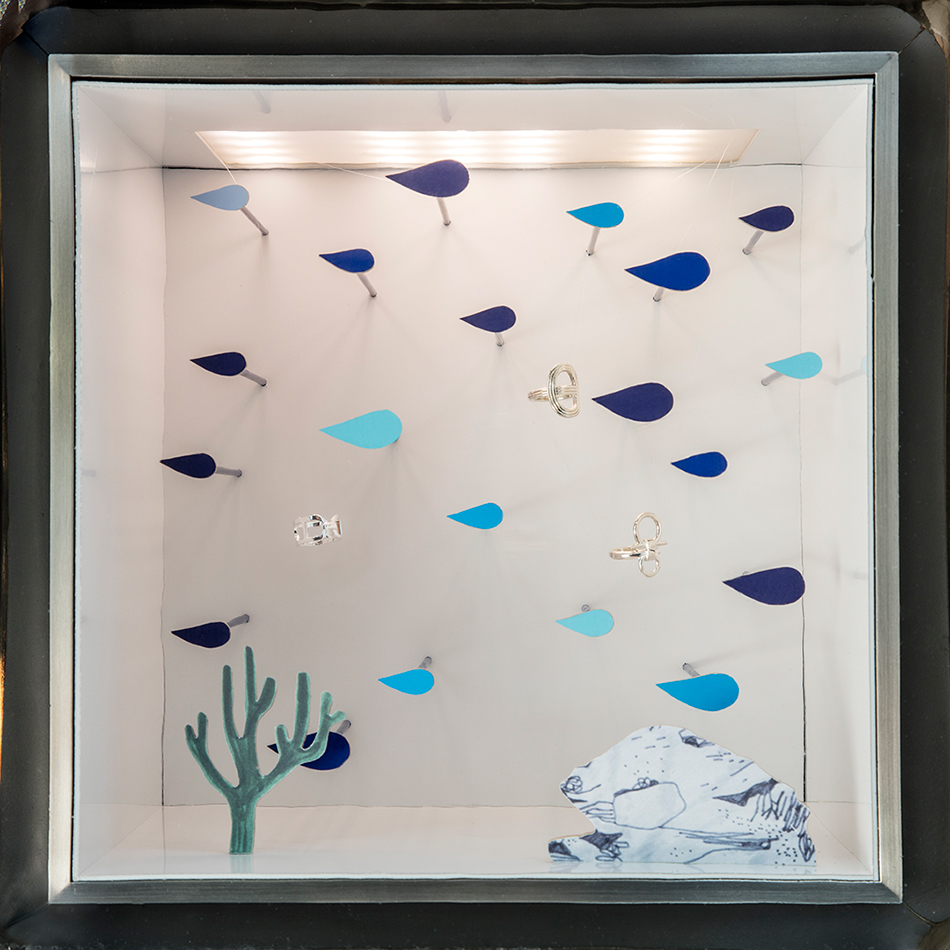 the installation references the movement and form of water 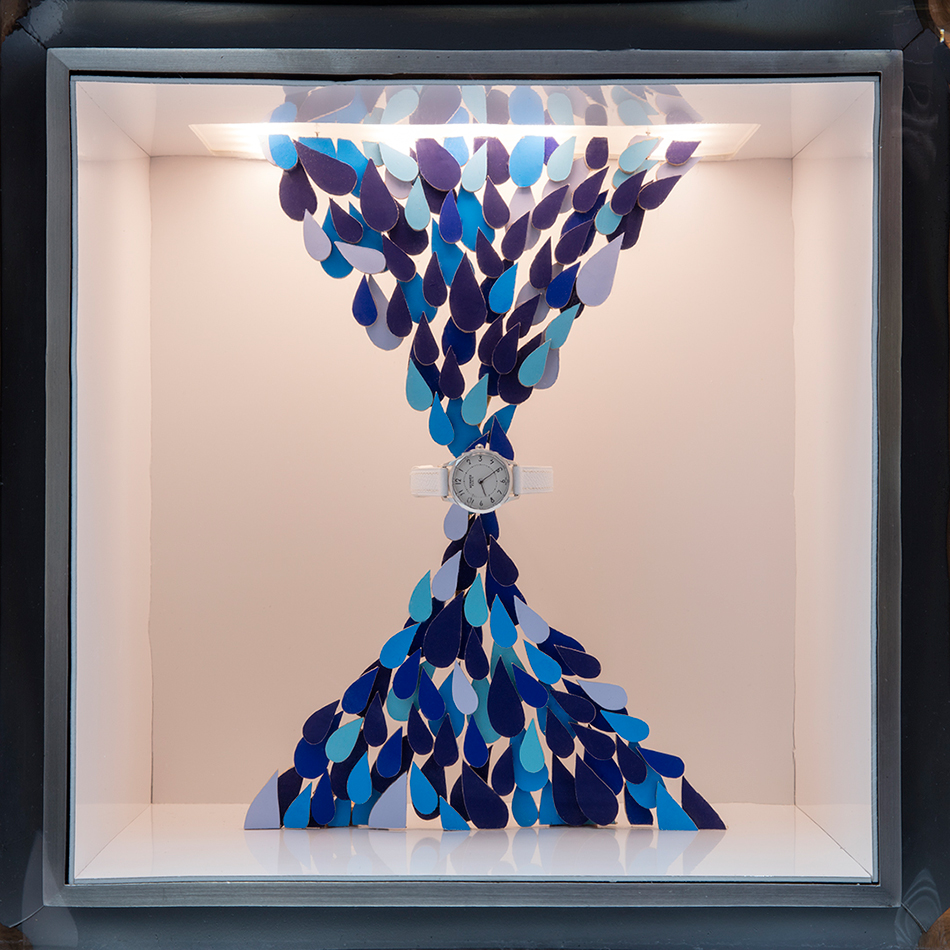 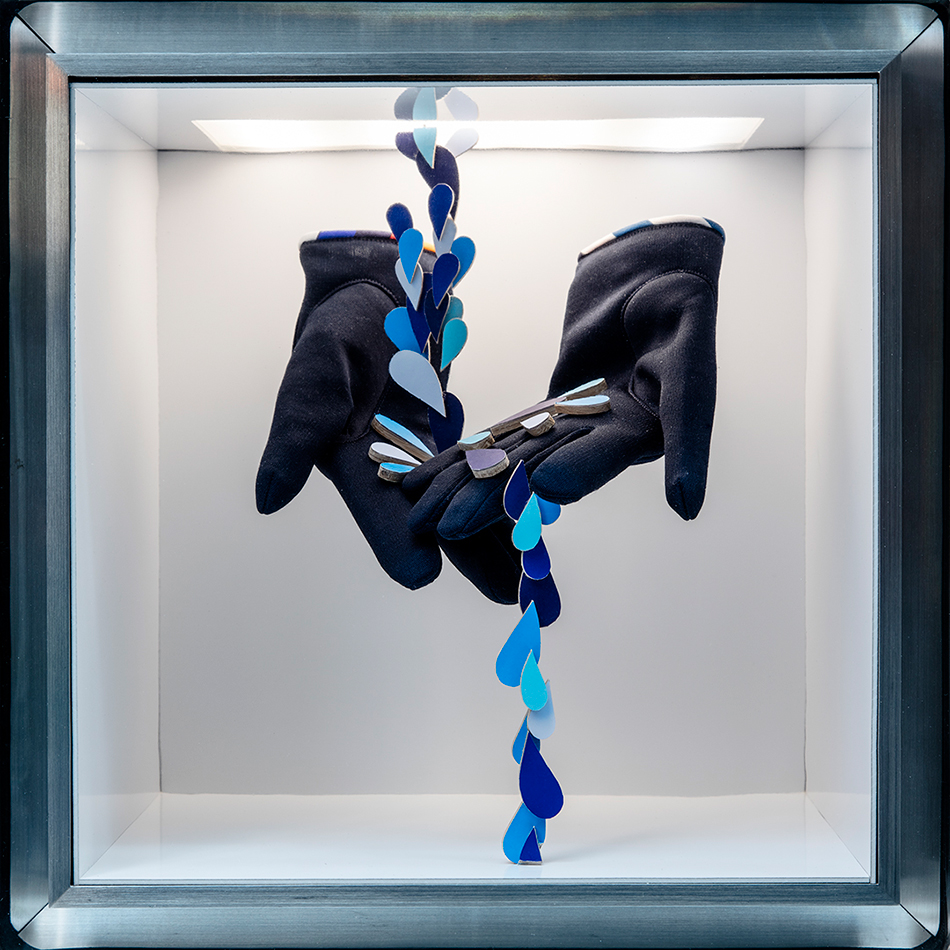 a landscape of oversized drops interact with products on display 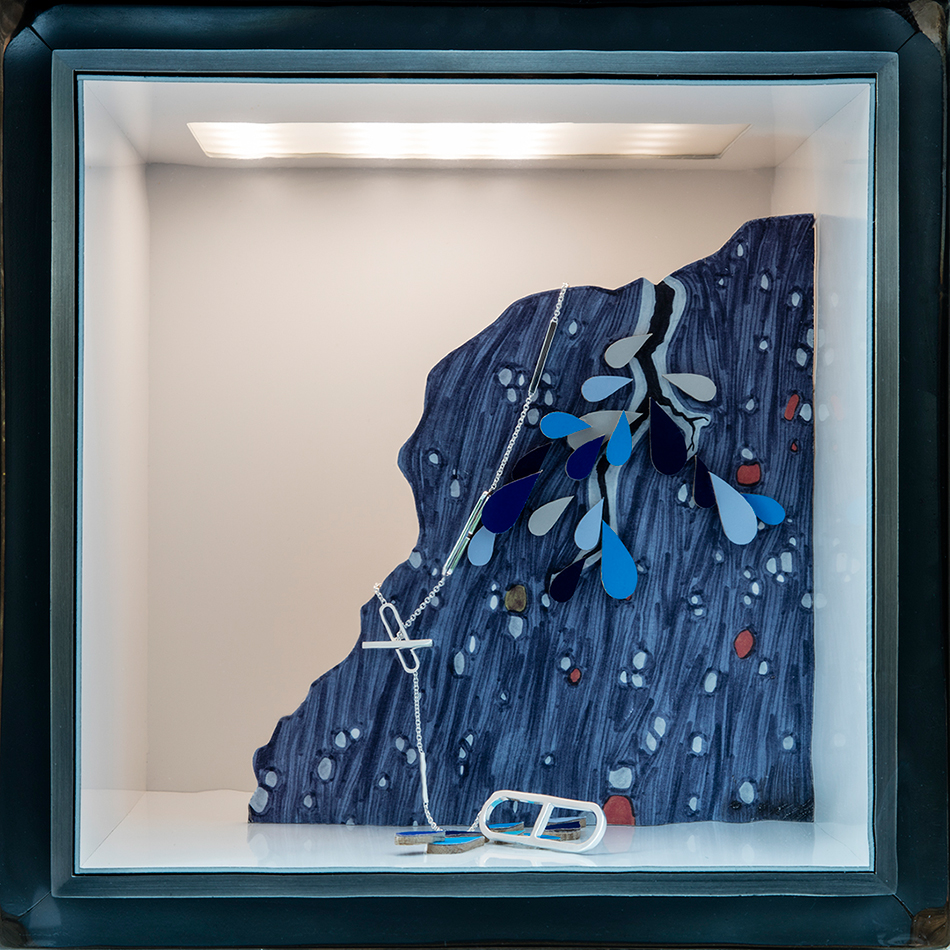 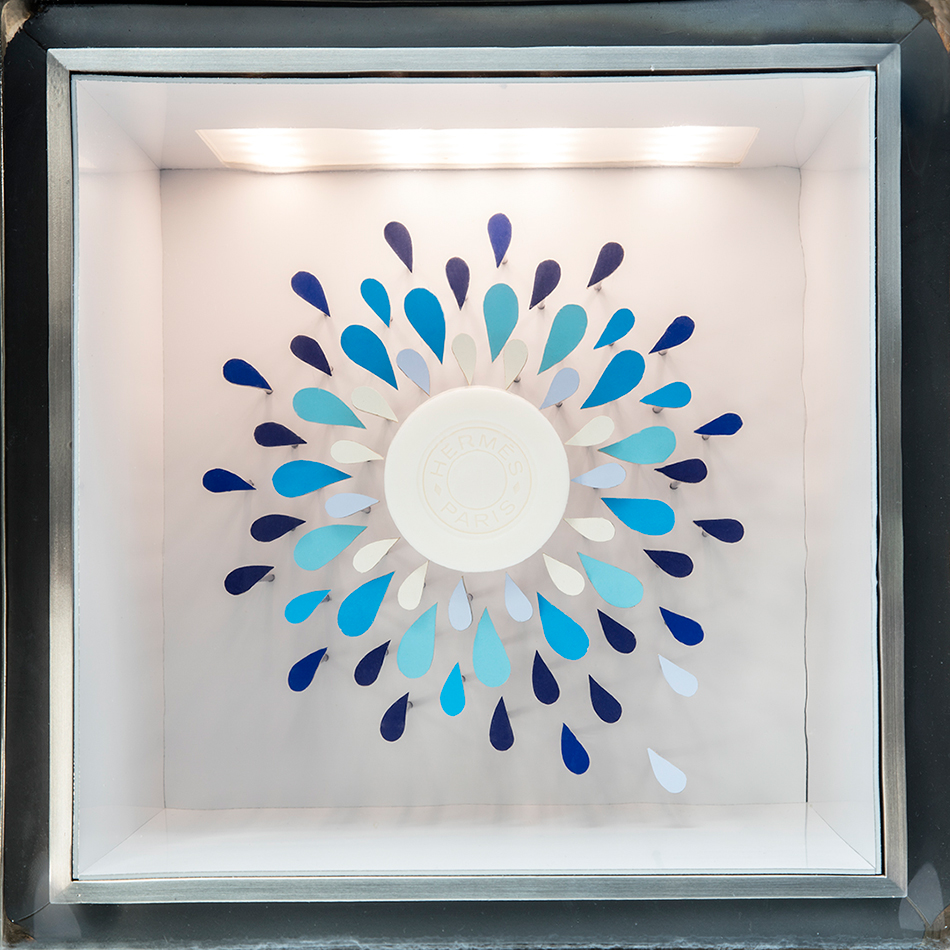 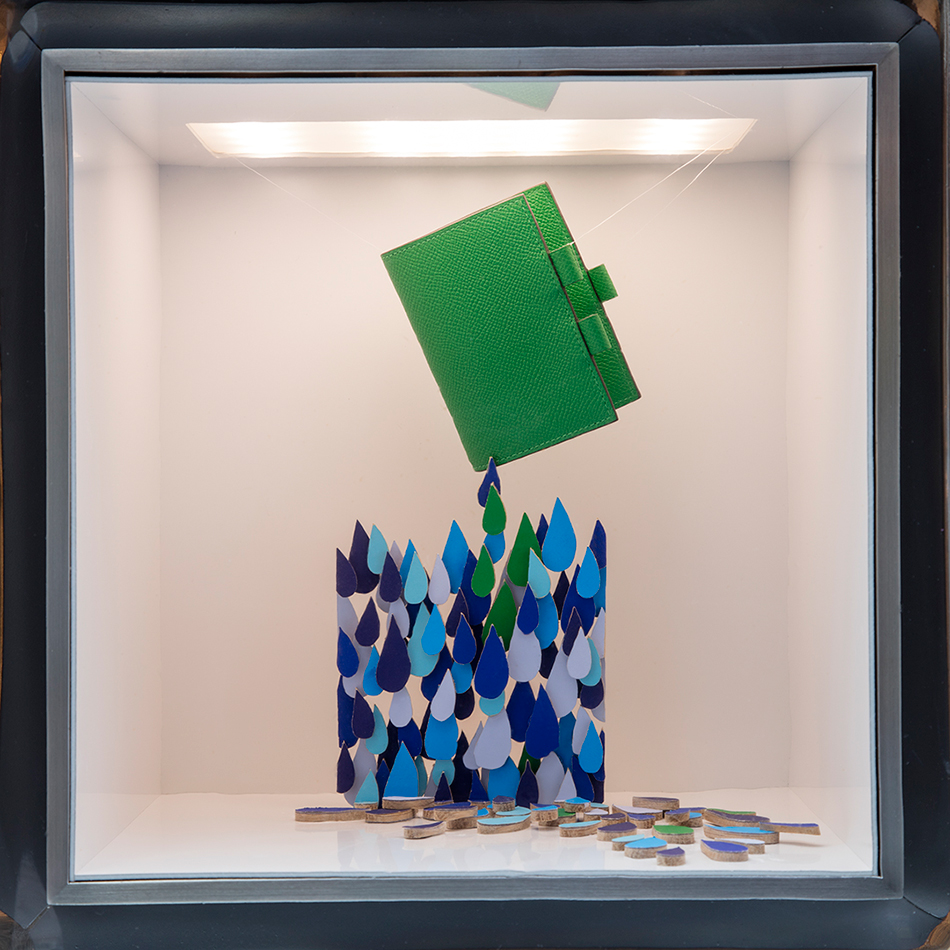 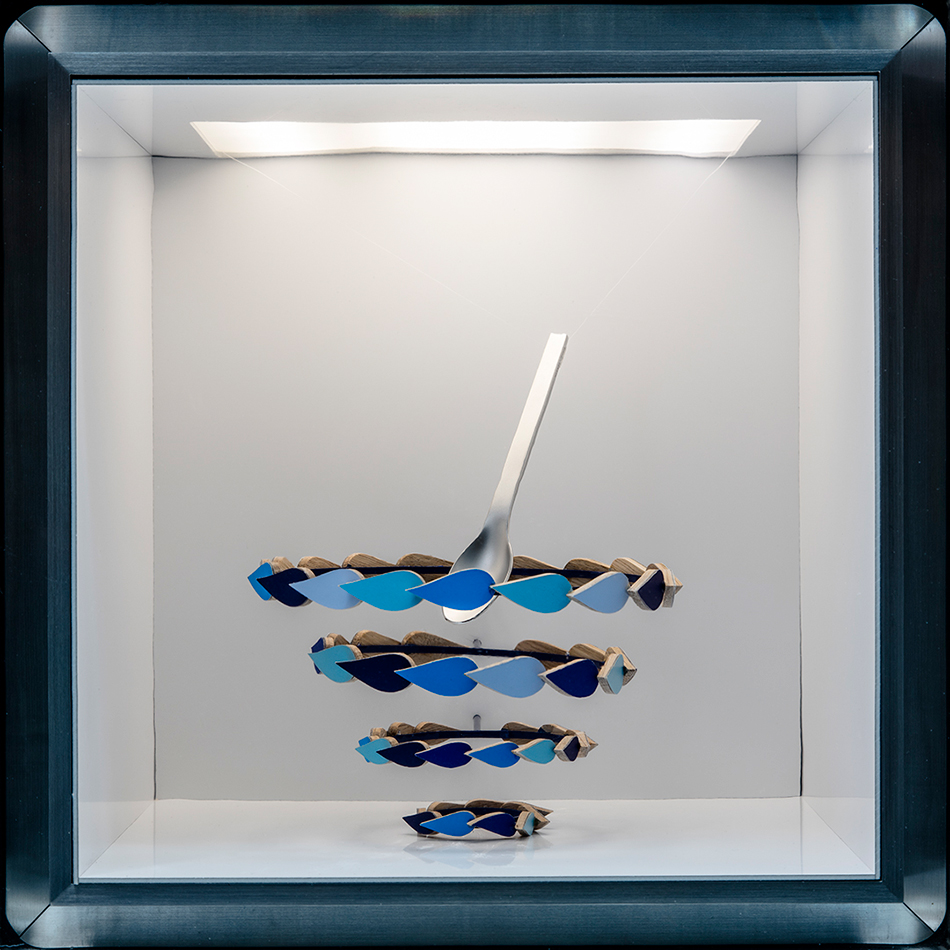 the title draws attention to water in nature, versus the human society that makes use of it 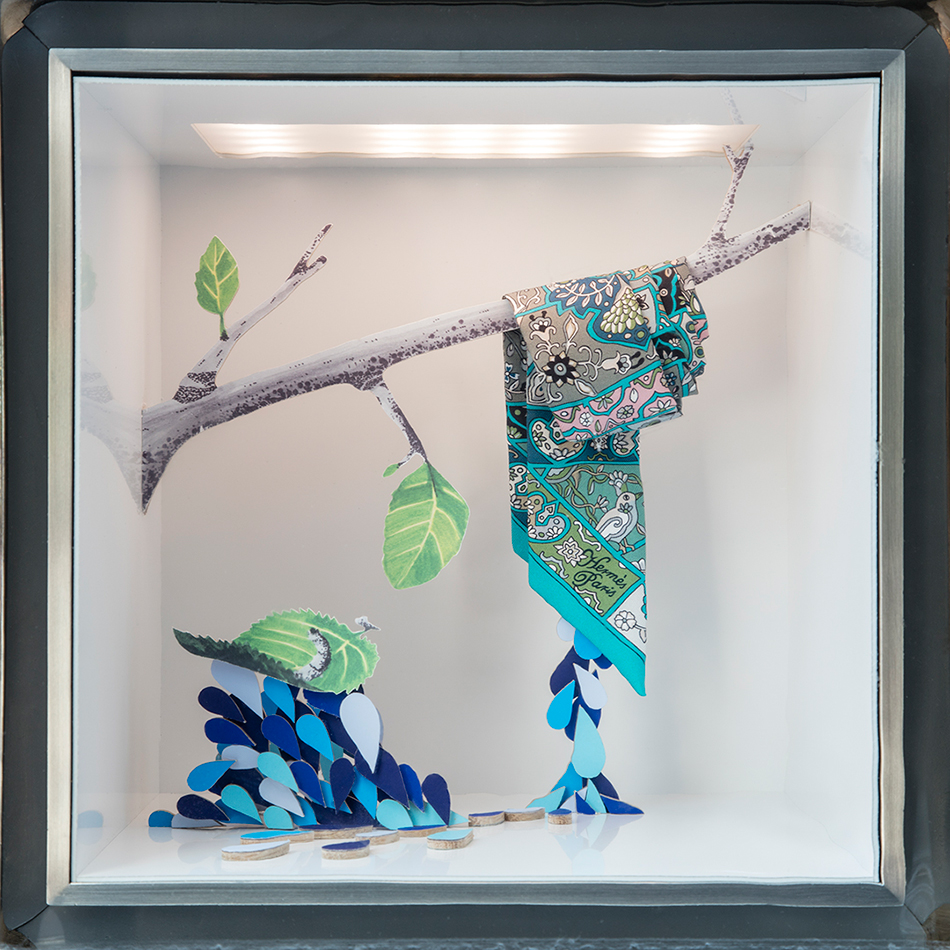 silkworms ‘feed’ on leaves and their resulting fabric 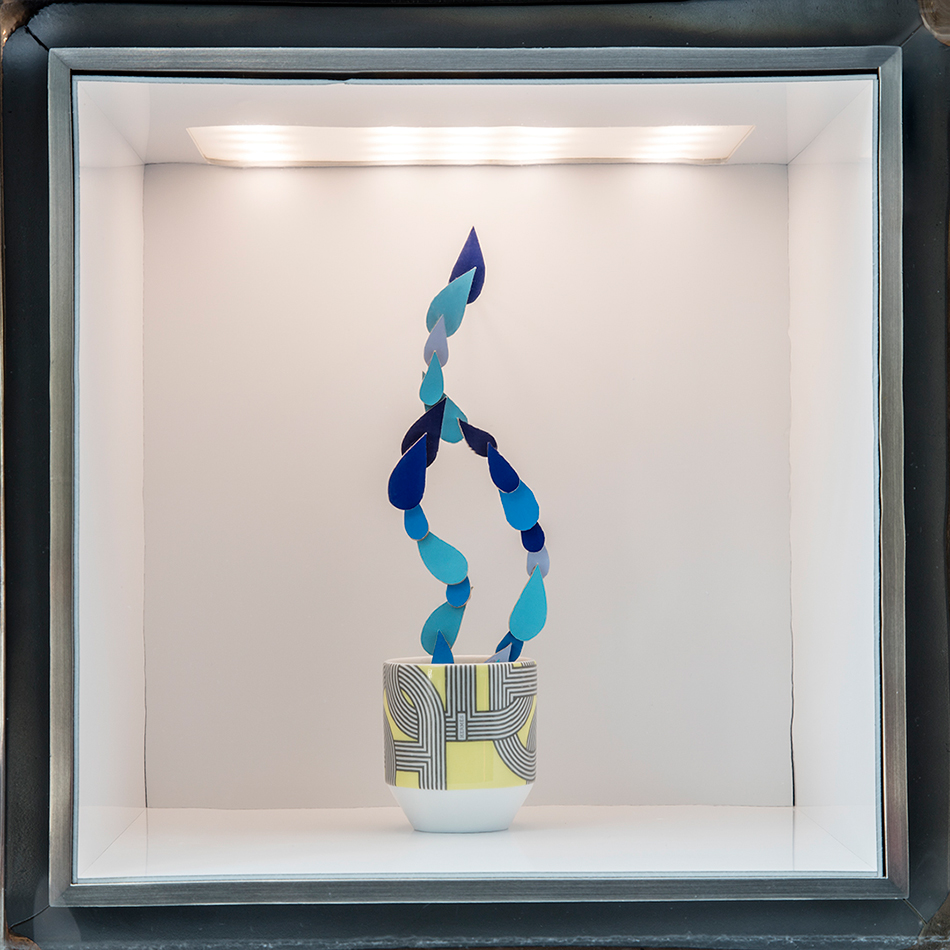 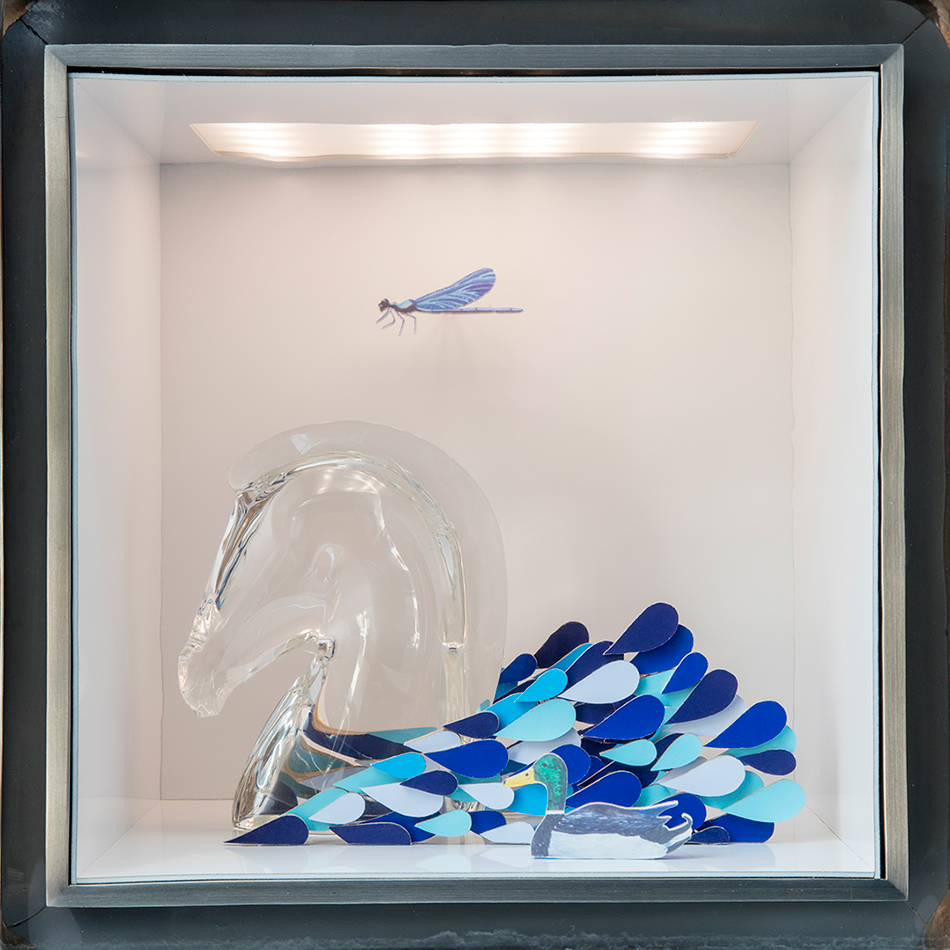 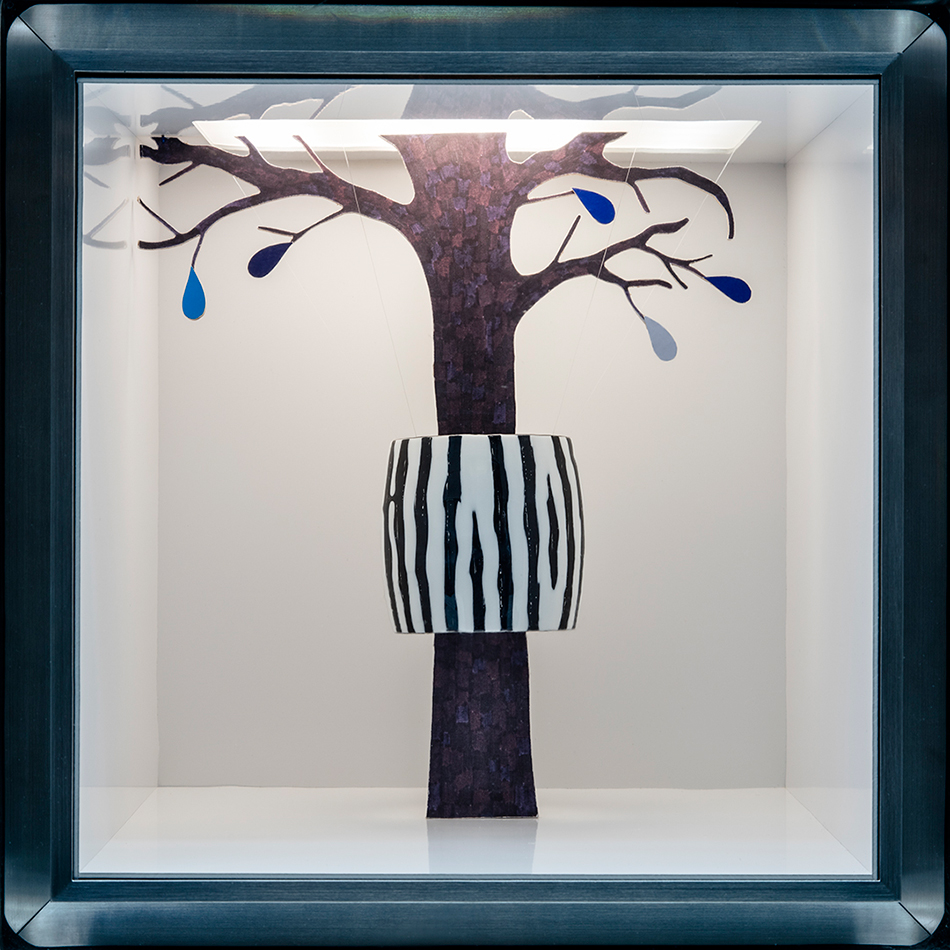 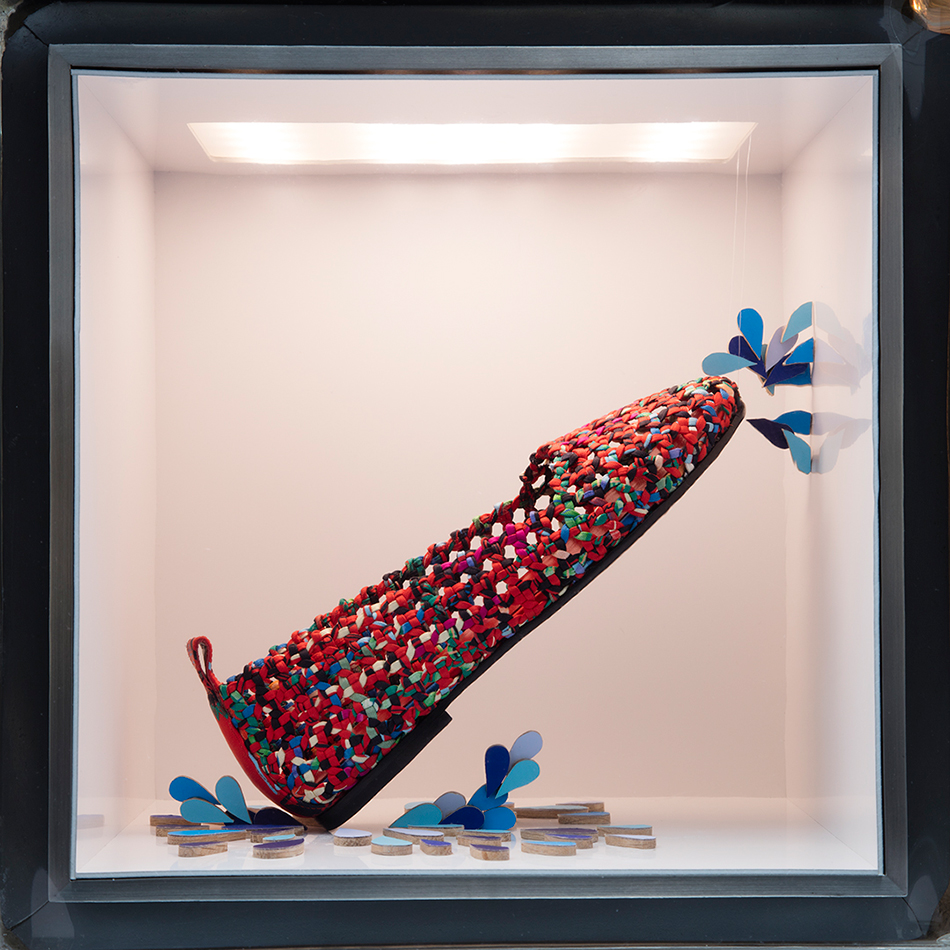 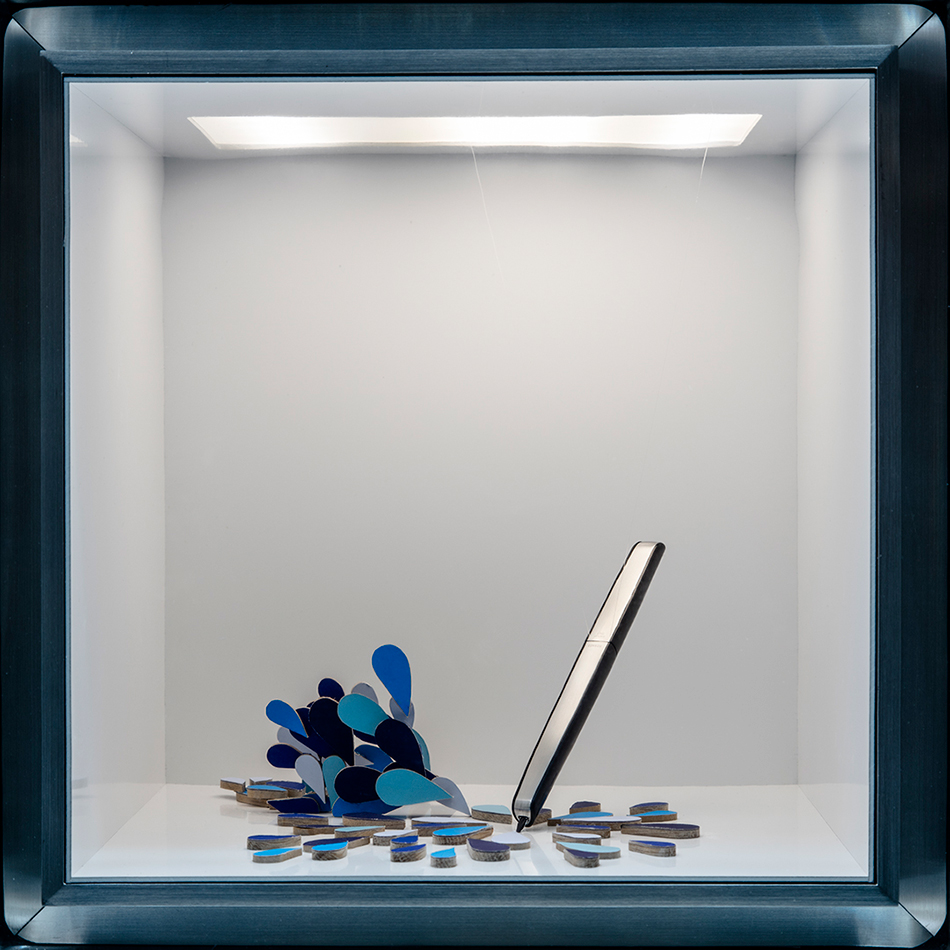 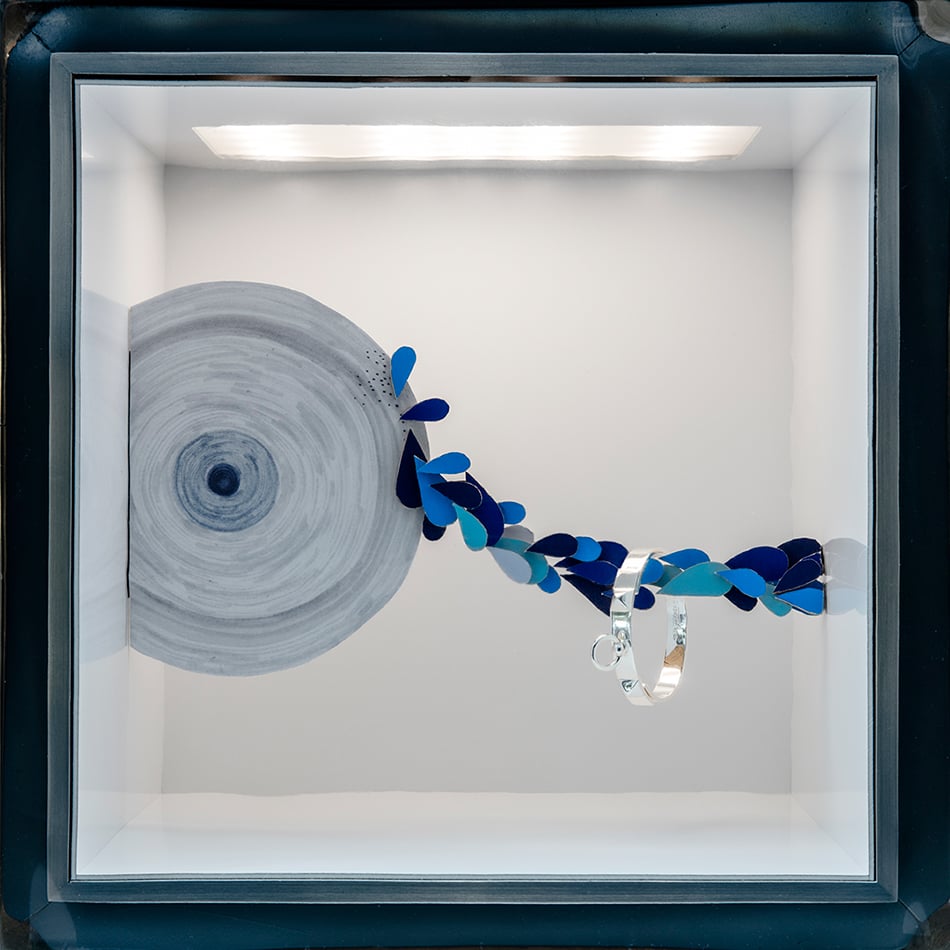 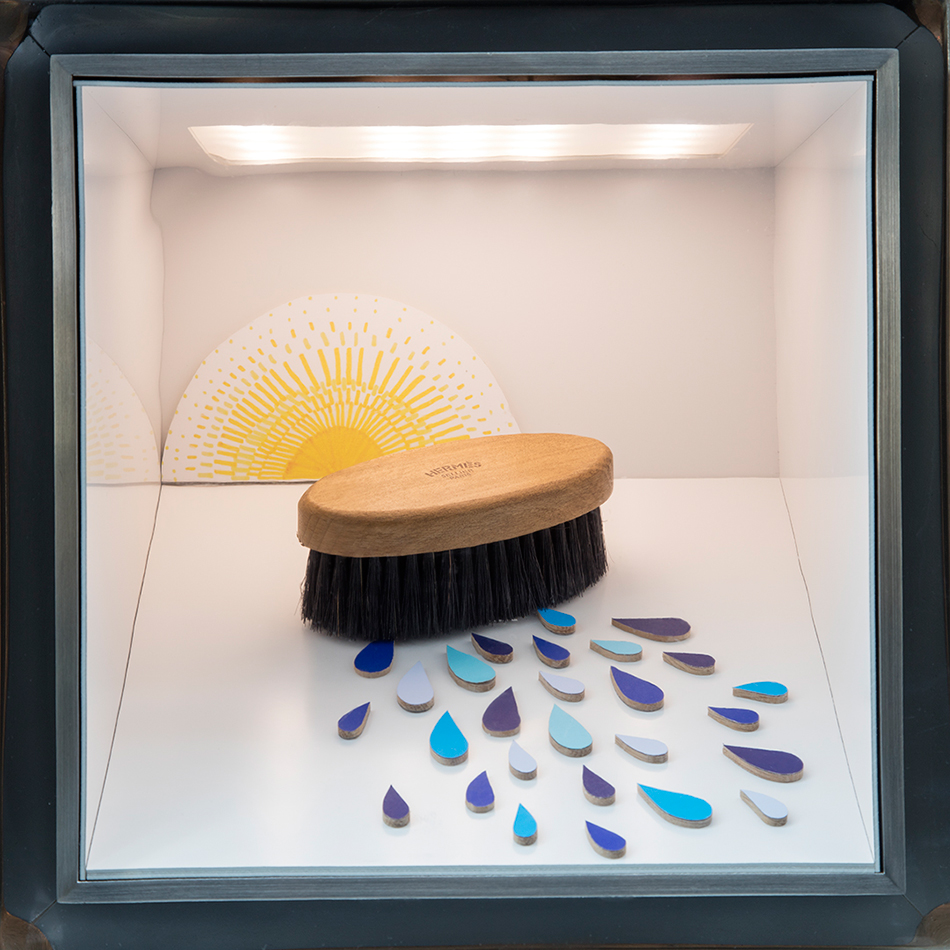 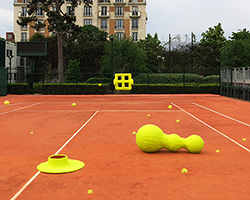 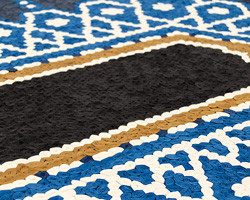