montreal-based artist isabelle hayeur has created ‘fire with fire’, a site-specific video project in vancouver, canada. consisting of 3 blu-ray players and video projectors, the piece is a 15 minute video loop that simulates a fire in a four-storey heritage building in the downtown eastside.

the area is the city’s oldest neighbourhood and one of the most run-down; many lives have been consumed due to years of homelessness, drug abuse, prostitution and violence. ‘fire with fire’ is intended to bring attention to the derelict history of the sector while recalling the destructive event of the great vancouver fire in 1886. 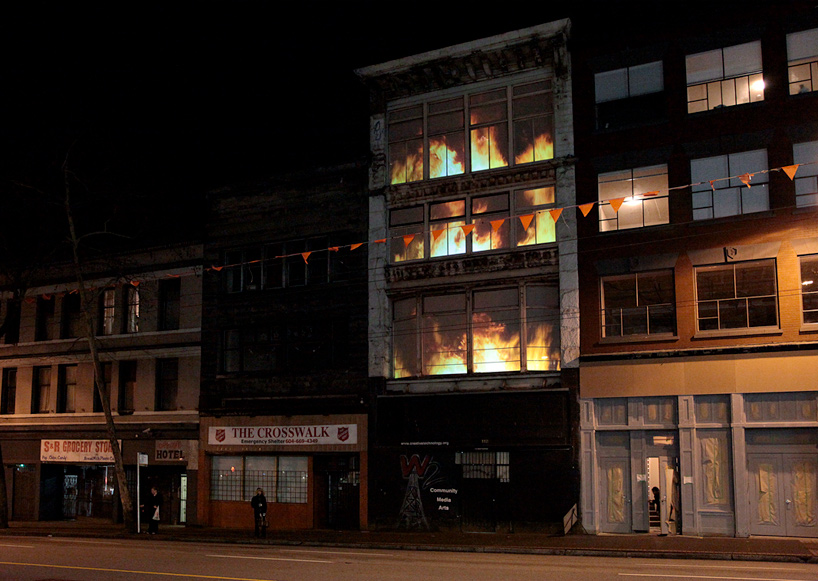 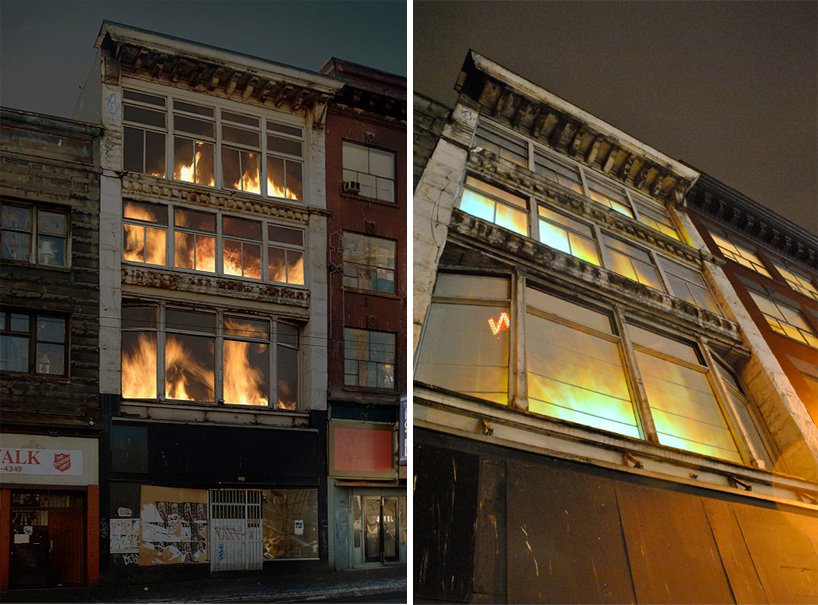 FIRE WITH FIRE from ISABELLE HAYEUR on Vimeo.