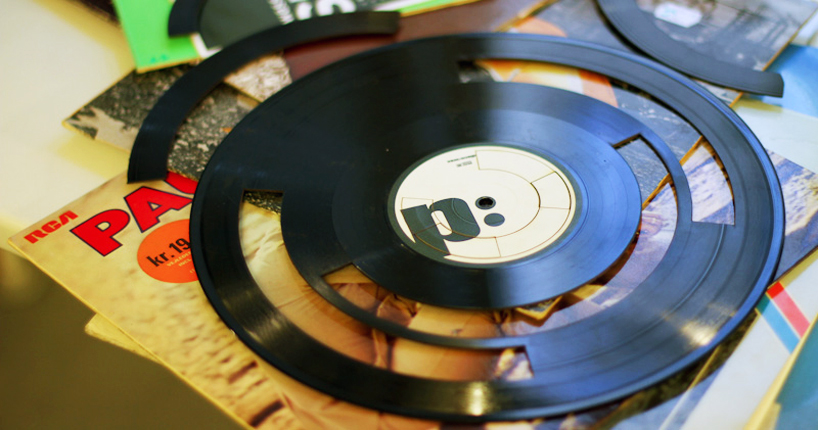 barcelona-born, copenhagen-based designer ishac bertran turns vinyl records into their own sampled mix tracks with ‘vinyl analog sampling’, a project in which he cuts out and reassembles segments of different records.

after much experimentation with the technique of cutting and appropriate size and shape of the pieces, bertran settled upon using a laser cutter to remove relatively large segments of the records (here, paul anka, supertramp, lil jon and chicago discs, all of which had the same vinyl thickness of 1.2mm) in a common pattern. he then chooses which pieces to swap into which records, snapping them in after first taping them to adjust their height for the proper fit.

when played in a vinyl player the needle follows the grooves across these inserted segments, creating sampled tunes or loops. as influences for the project, bertran cites a drive to emulate the ‘cut and paste’ technique for audio tapes, used by early electronic musicians like delia derbyshire for looping tracks, alongside an interest in the relationship between the physical and the digital.

video documentation of the process, and footage of the records being played (1:32) 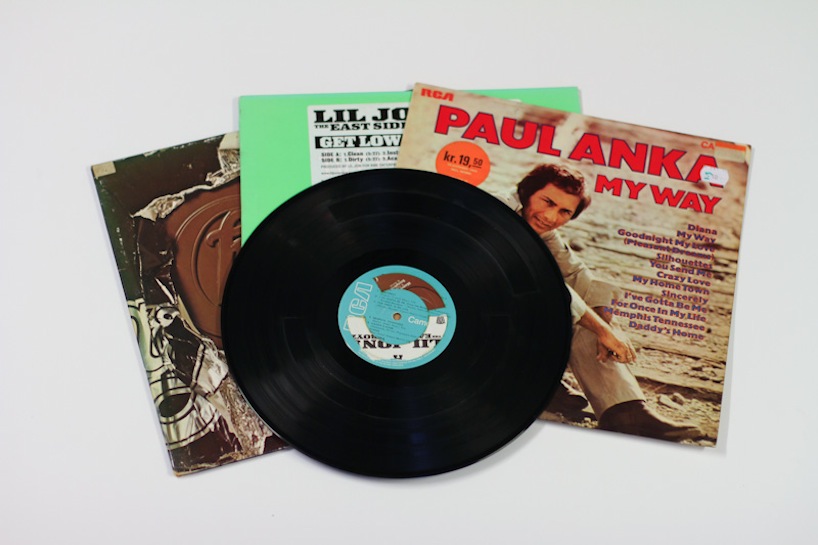 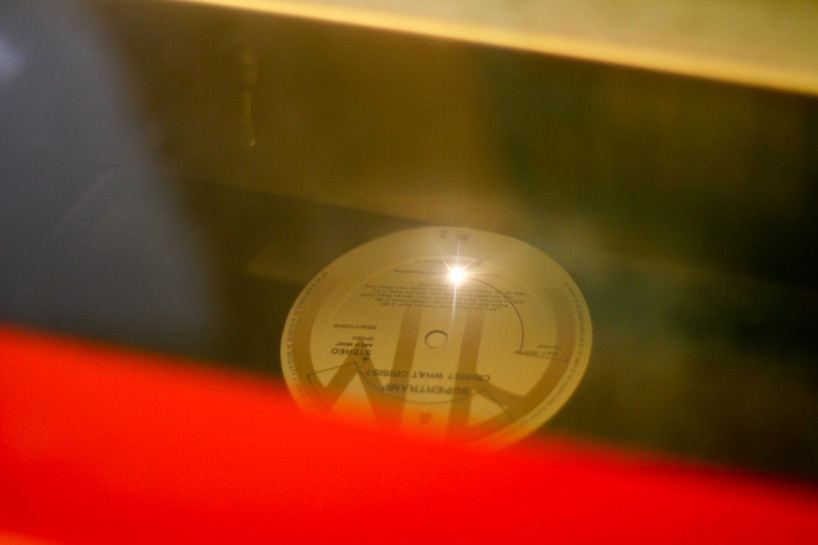 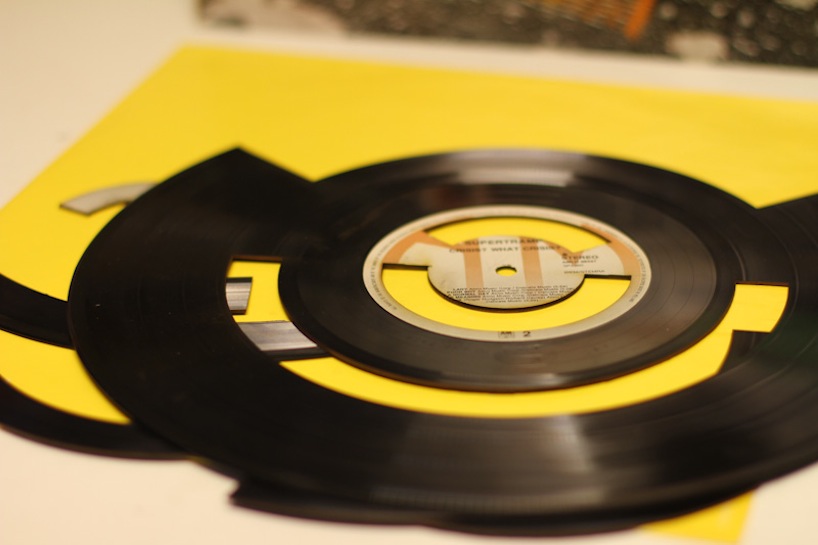 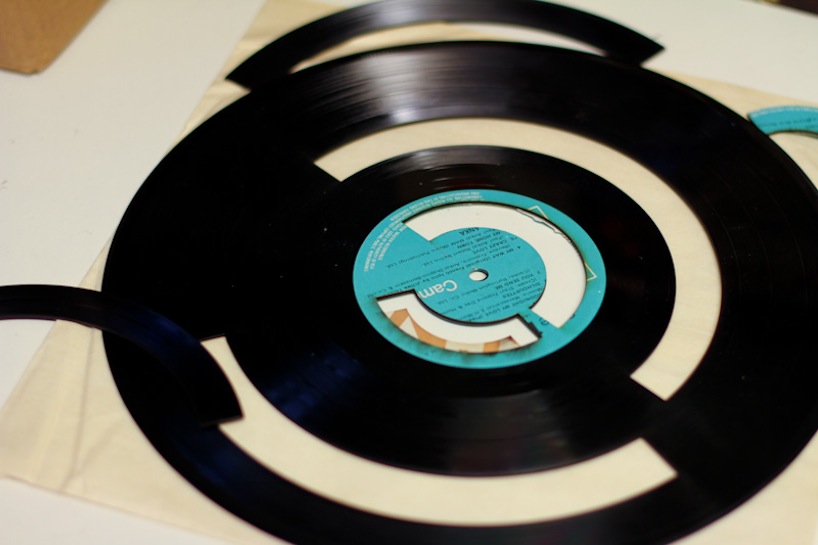 to make reassembly simpler, bertran cut the same patterns out of each record 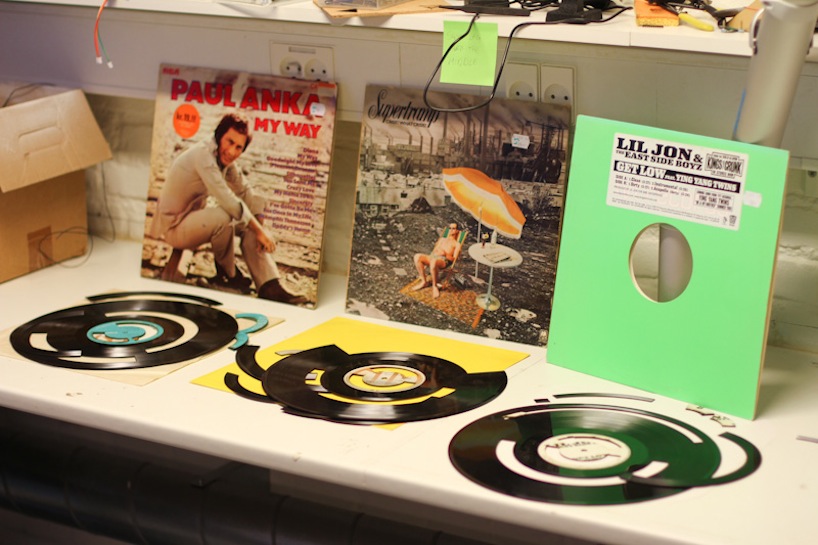 the vinyls used in his final pieces, cut with segments removed 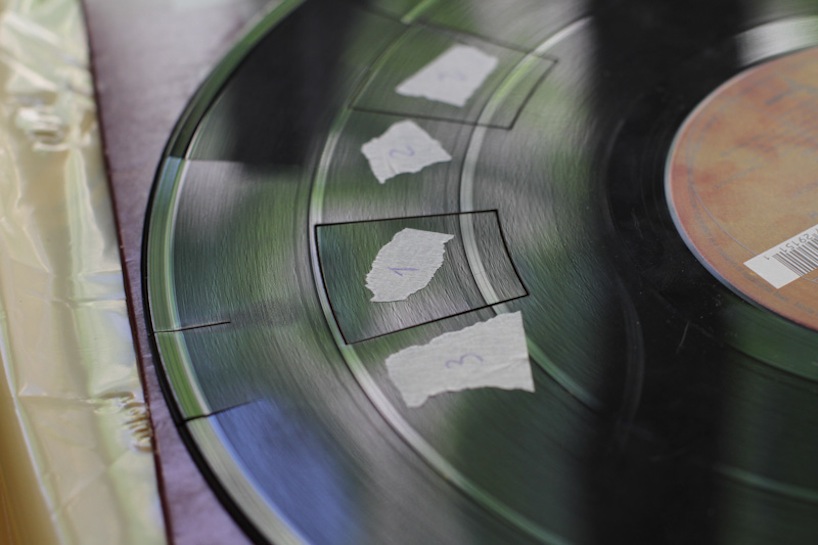 an early trial used smaller sections, which bertran taped to label and adjust for fit, but the disc  offered too ‘jumpy’ an effect 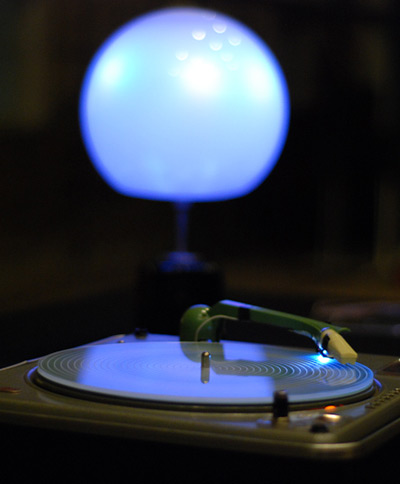