istanbul art biennale 2011 explores the relationship between art and politics, presenting works that are both formally innovative and politically outspoken. among the curated group and solo exhibitions is the work of kuwaiti artist ala younis. 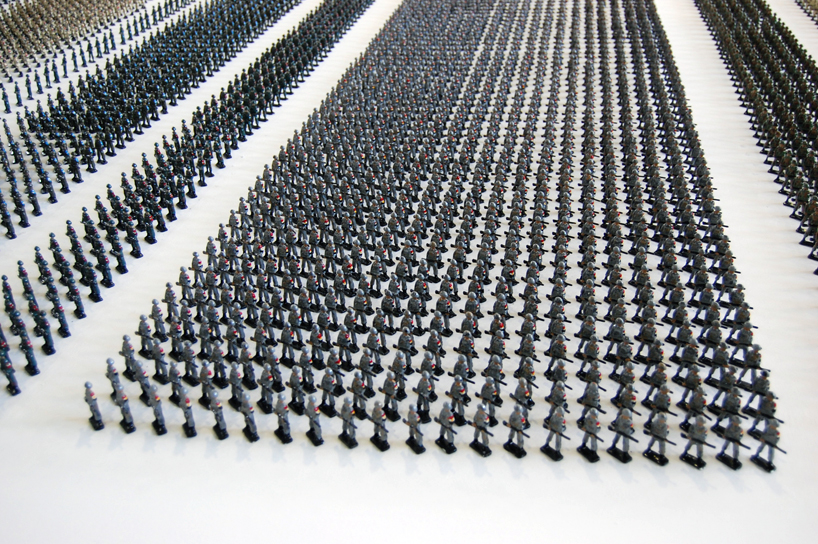 the tin soldier industry peaked between the two world wars, while the middle east was undergoing a process of remapping. before the modern period, only children of noble households played with the military figurines, and elaborate sets of them were presented to sons of royalty as a way of preparing them for the future rule. today, the middle east’s contemporary armies still have yet to be rendered into these toy soldier sets.

‘tin soldiers’ is an installation which depicts the nine armies that were implicated in, or subject to, acts of war in today’s middle east. the pieces are produced in numbers proportional to those of active troops in 2010. each of the featured armies are cast from the same mould and hand-painted in the military outfits of egypt, iran, iraq, israel, jordan, lebanon, palestine, syria and turkey. a total of 12,235 soldiers at a scale of 1:200 are arranged in a systematic platform, in a way acting as a multistage exploration of the results of the instrumentalizing of individuals through political and economic agendas. 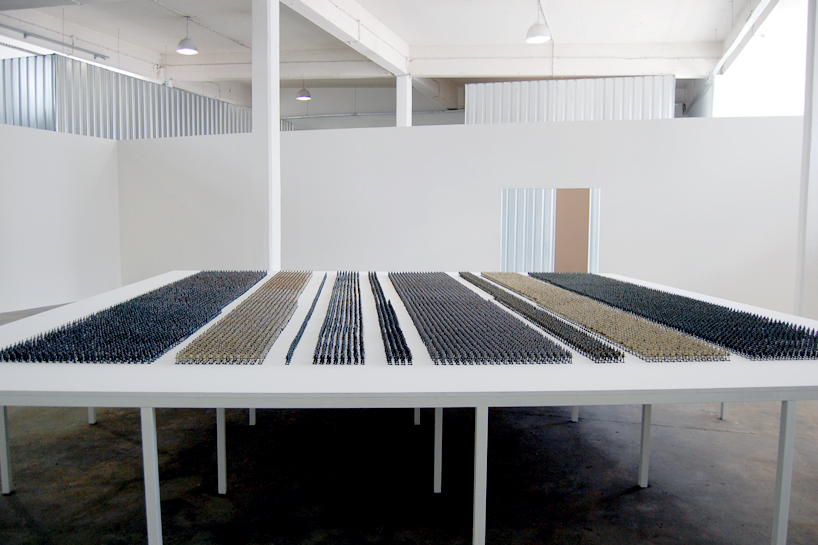 ‘it is a historical moment for the arab world today, a region that has been no stranger to revolutions and upheavals, massive numbers of people continue to storm the streets, across arab cities, armed with peace rather than weaponry, refusing the state of submission that was forced upon them by systems that managed to stay in power for decades. with a lost faith in political parties and no heroic leaders, young people are throwing yesterday’s fear back into the face of their oppressors. nevertheless, people had to learn how to trust in institutions, and thus turned their eyes towards the armies. the armies have thus far either supported the revolutions by noninterference, or violently fought to stop them. informal, unarmed groups of passionate revolutionaries formed defense units to react to thugs and disorder. new forms of trust and tolerance have surfaced, a readiness for learning and collaboration is being witnessed. a return to proud feelings and exuberant unity is permissible. it is worth all the risks. the situation in the arab world dictates a recalculation of all decisions. of priorities, of open ends, of possibilities. of quick and meaningful reaction and adaptation. my investigation through research and individual narratives continues to look into the alternative spaces where these soldiers, and in many cases temporary soldiers, practice or express militarism. it started when I realized that many of us are unofficial, unarmed, untrained, frustrated, raised-to-be-readymade-fighters.‘ – ala younnis 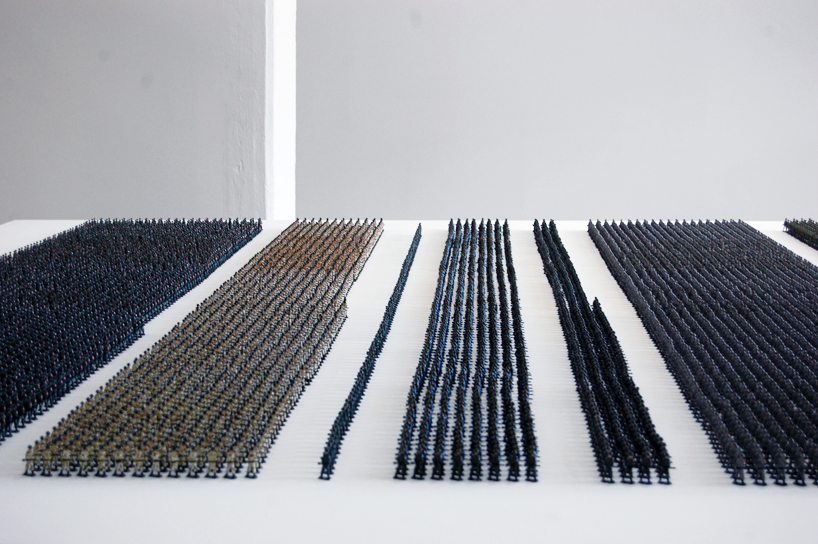 the installation depicts the nine armies that were implicated in, or subject to, acts of war in today’s middle ease image © designboom 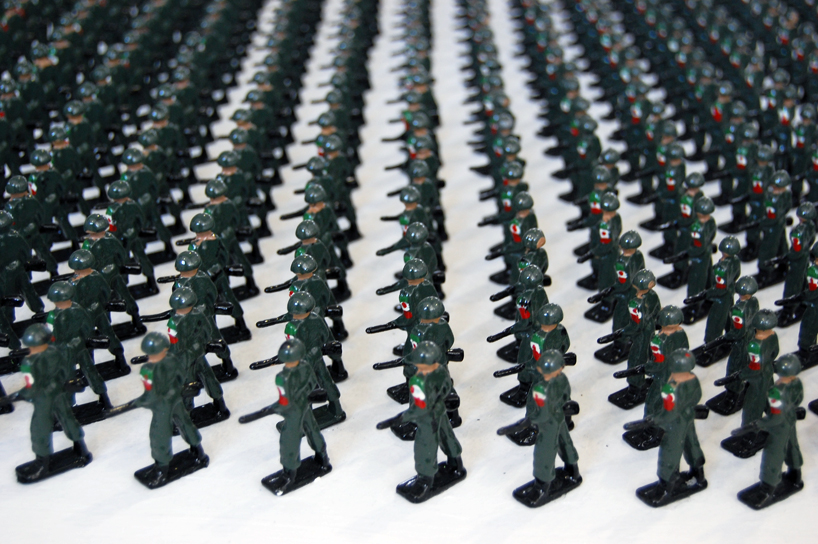 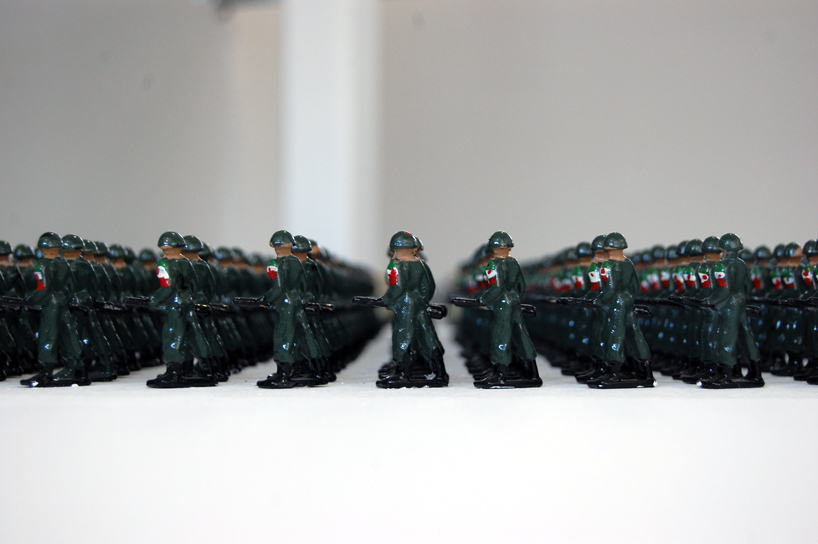 each of the armies are lined-up systematically image © designboom 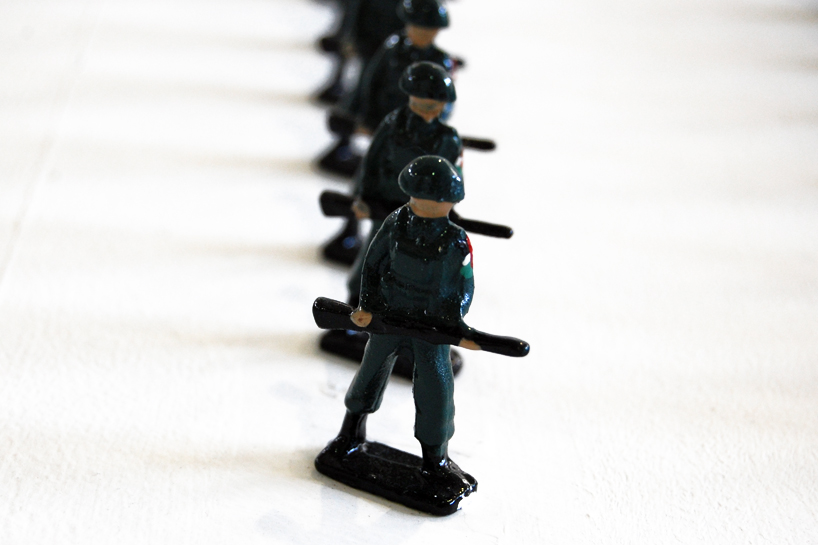 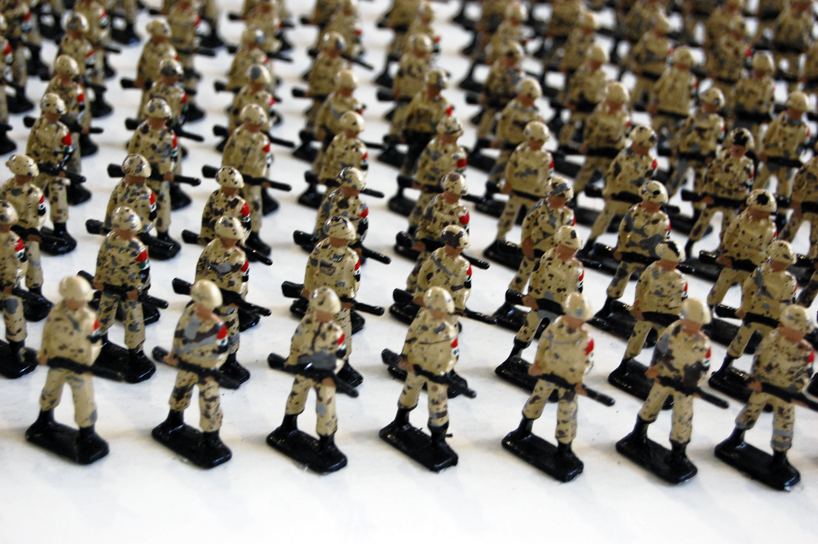 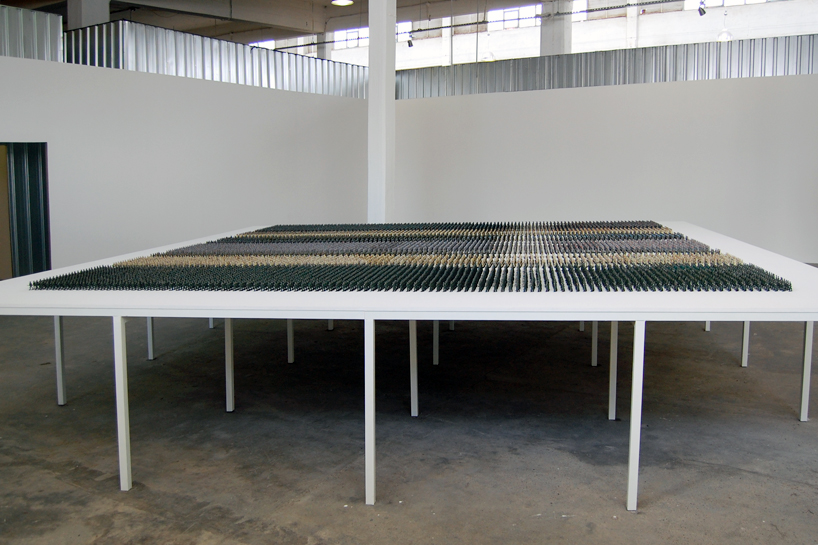