the work of australian artist newell harry draws on his interest in notions of currency, value and exchange in relation to alternate economic modes. he translates this through his ‘untitled gift mat’ series on show at the istanbul art biennale 2011. the body of work is a contemporary re-interpretation of gift mats which are a traditional form of tribal legal tender in vanuatu in the south pacific, where they have a utilitarian quality and aesthetic, while still acting as a form of hard currency. they are often exchanged or gifted at special ceremonial occasions such as birthdays, burials, christenings and weddings. 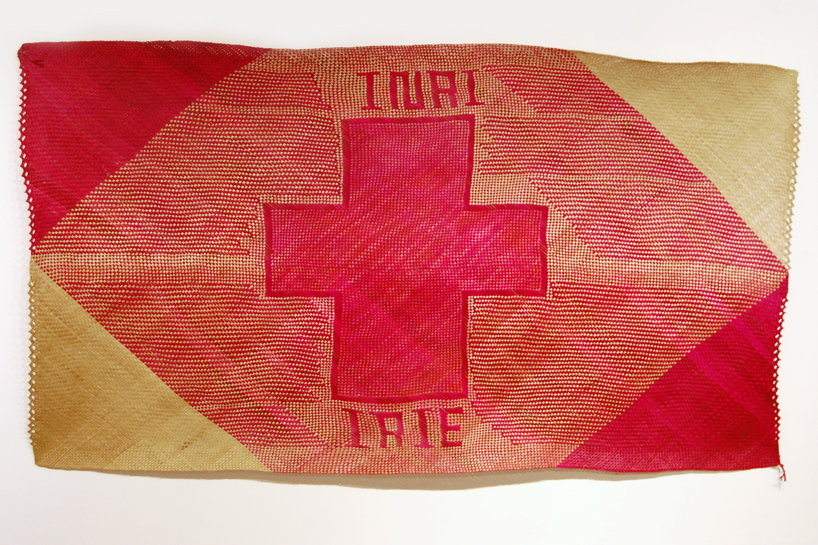 each of the mats are made from hand-woven pandanus and dye, and are commissioned from an elderly group of aunties related to harry’s close ni-vanuatu friend jack sivui martau, a young community leader. the pieces depict phrases and sentences that take most of their linguistic influences from pidgin and creole dialects, paralleled with hip-hop rhyming and the anagrammatic word plays and phonetics used in slang. 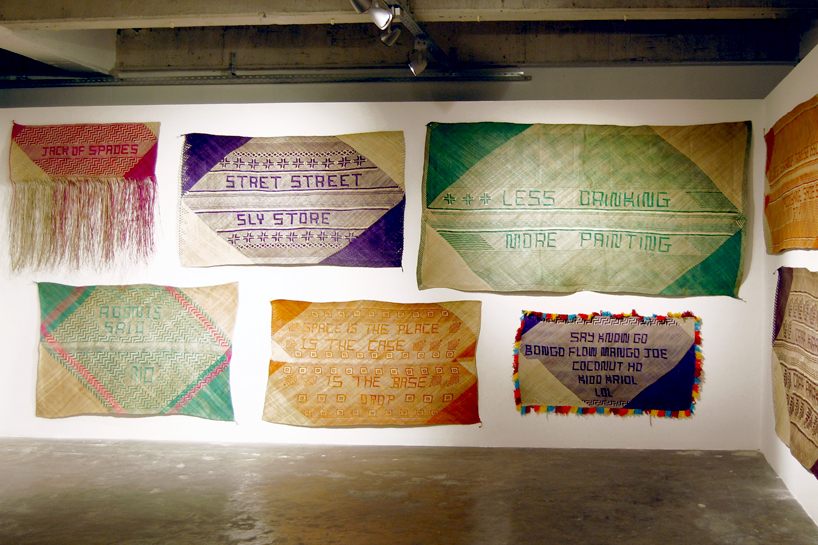 alliteration, assonance, homonym, metaphor, pun and rhyme are features the artist tries to imbue into his phrases. subjects are loaded and incorporate references from cargo cult leaders such as the vigilante prophet fred to alcohol or racially suggestive double entendres, such as ‘cape malays / cape malaise’.

since living in vanuatu, harry has noticed the poetic vernacularity of bislama (a melansian creole and the lingua franca of the area), and that it is one of the most linguistically diverse regions in the world. more than 120 tribal dialects in addition to french and english are spoken here. for example ‘condom’ in bislama is ‘plastik blong blokem pikinini’, which means ‘plastic that stops babies’. the truncation of the language incorporates english (‘plastik’ and ‘blong’ as in ‘belong’ which is possessive) and french and portuguese (pikinini). 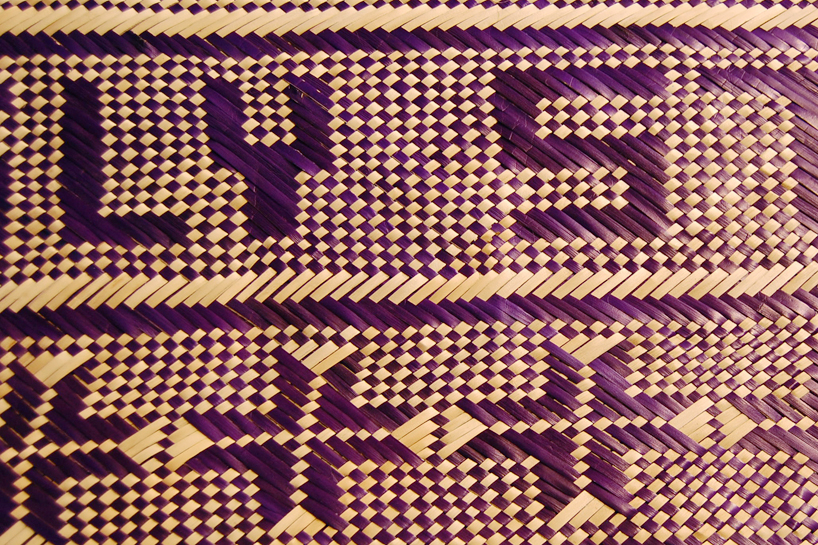 ‘the work literally and materially speaks of the ‘interwoven’ quality of the cross-cultural discourse (good and bad) that results from globalization. the use of this material as ‘ethnic’ artifact and contextual reference has been a strategy to depart from the overbearing linguistic connections of the 1960s and 1970s. it also attempts to shed the now standardized, globalized canon of conceptualism. a return to the traditional making was an attempt to do this while giving a heads-up to the context where the pieces are made. as the mats are commissioned, there’s a tongue-in-cheek reference to minimalism and its industrial, hands-off fabriaction. in the islands this is inverted, as it’s quite ‘hands-on’. secondly, the use of ‘gap languages’ such as pidgins and creoles, as opposed to european languages, speaks in encoded forms and away from the pomposity of those languages, or for that matter latin.’ – newell harry 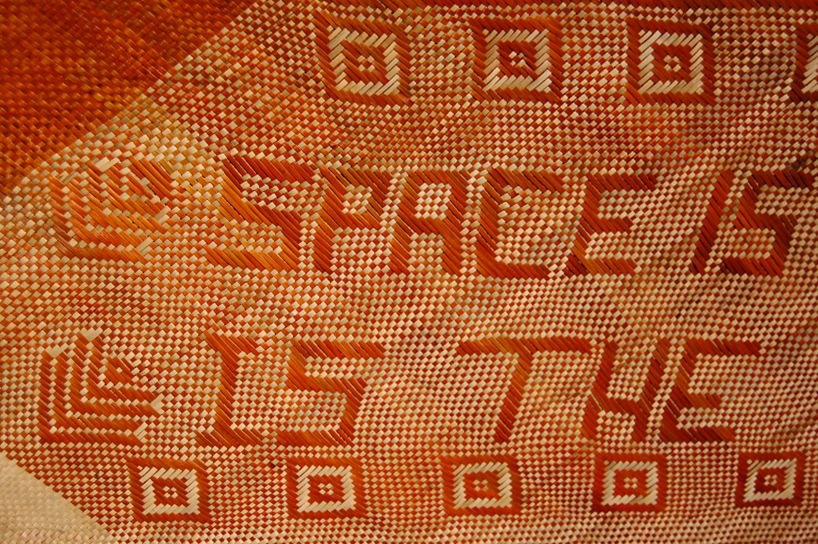 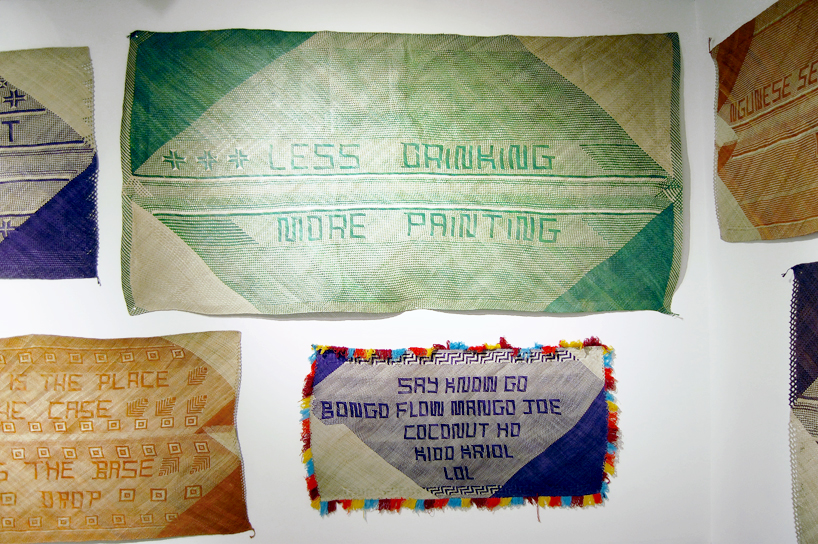 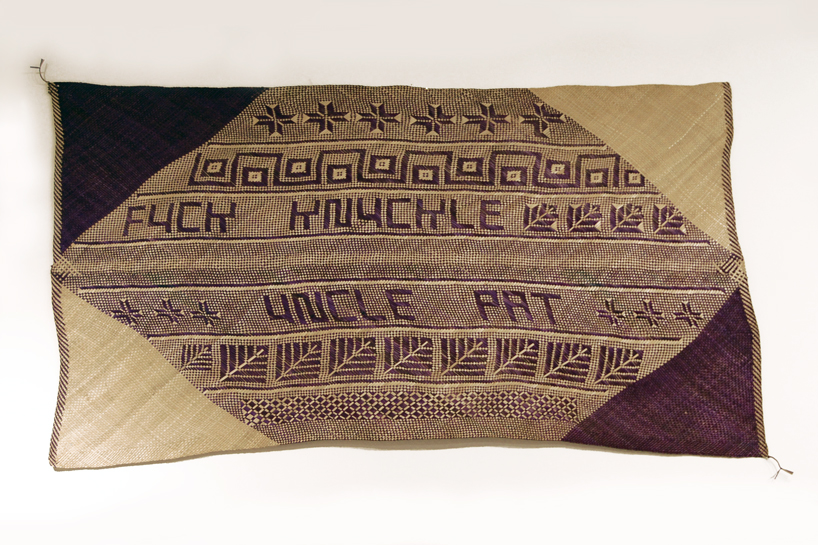 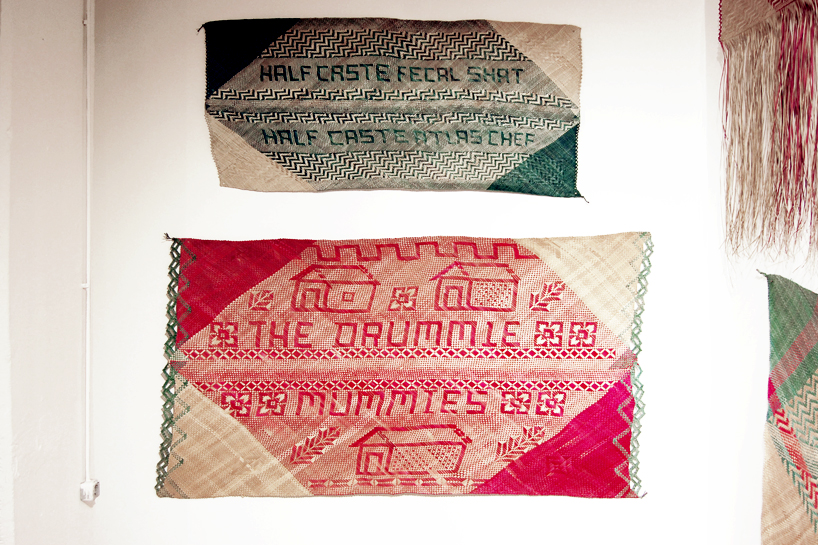 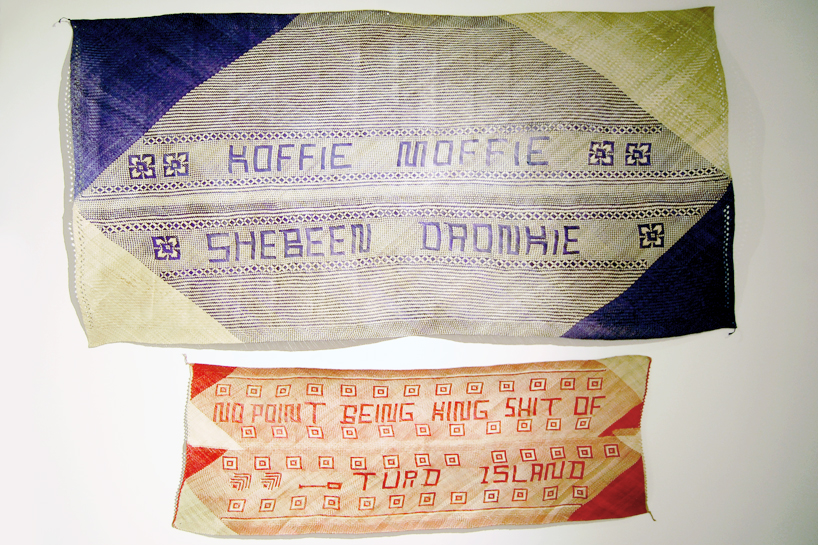 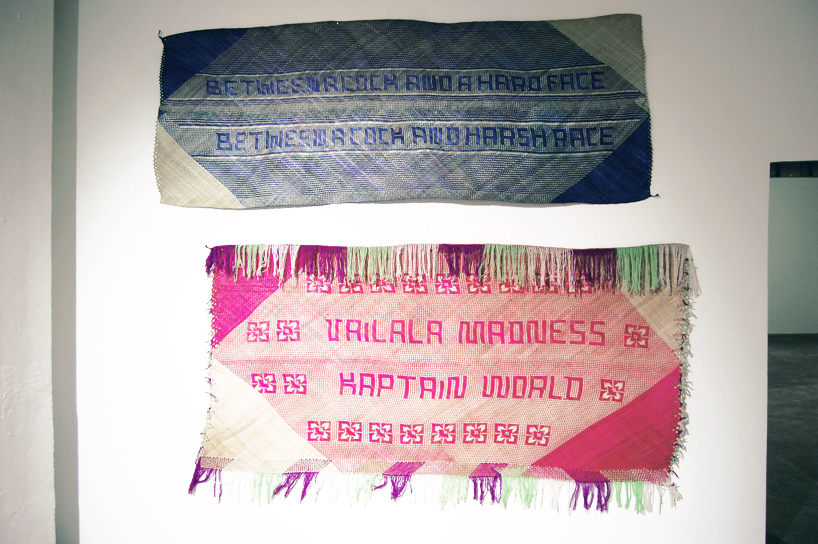 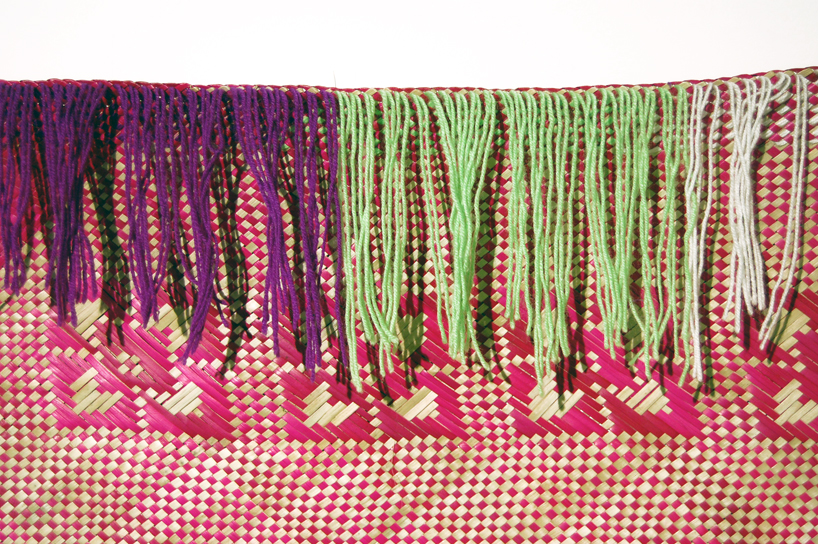 newell was born in sydney, australia. he currently divides his time between sydney and vanautu.