‘listen to your soul, my blood is singing iron triggers that could be released’. 2009-11 image © designboom

the sculptures of amsterdam-based artist, eylem aladogan are formed by her curiosity with the concept of power both in its origin within a person or organization as well as the interaction of power with an individual. her most recent work, ‘listen to your soul, my blood is singing iron triggers that could be released’, displayed at the  istanbul art biennale 2011 examines the generation of willpower.

aladogan constructed the work from a sketch in which a stretched wing, with feathers in flight, are found interlaced with barrels of rifles. the piece is a blend of familiar shapes, such as barrels and butts of rifles and feathers, gracefully rising up from the ground in a swooping motion– the butts of the gun as the base and the barrels pointing towards the sky. 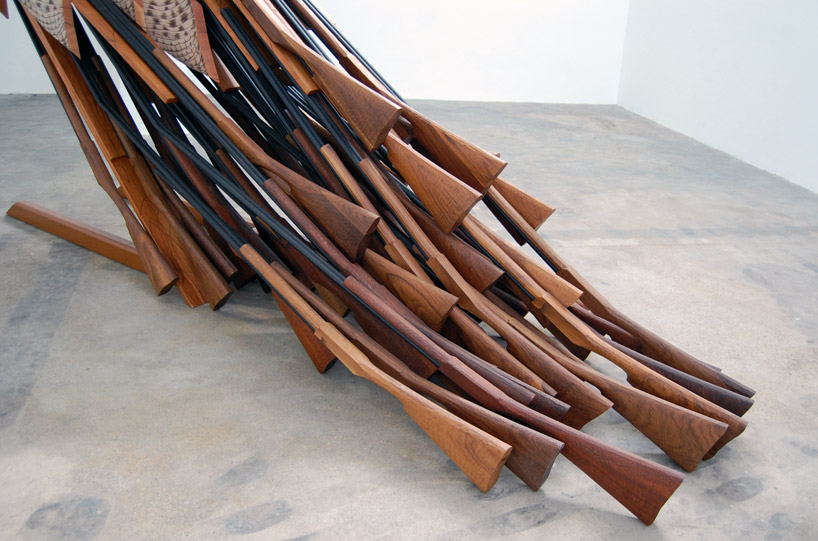 detailed view of the sculpture base image © designboom

the contrasting associations of feather and firearm are especially representative of the artist’s overarching intention. her work speaks to the individual’s urge to control the uncontrollable in order to overcome existential fears that hinder oneself living entirely. the ‘concentrated dynamic’ aladogan is able to capture in her work can be understood in the liveliness of her works. the architectural shape of the sculpture in combination with the motif, branded into the wood of the piece, recall the artist’s interest in the ability to possess willpower and the capacity to call upon strength and courage in order to develop this internal force further. 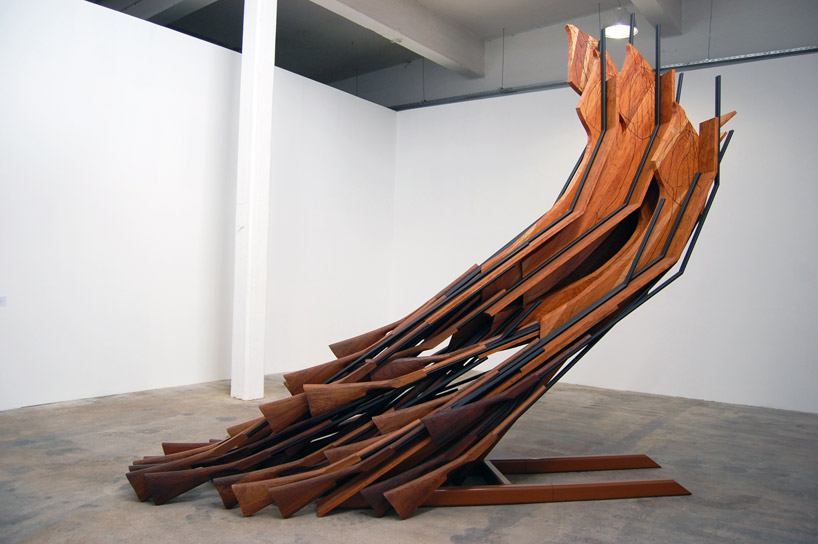 wide view of the right side of the sculpture image © designboom 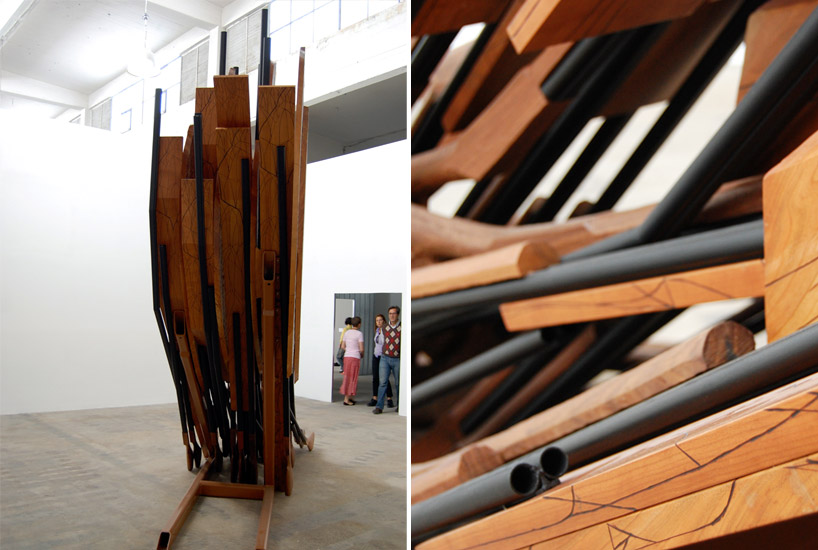 left: view of the underside of the piece right: detailed view of rifle barrels and feather-like branding marks image © designboom

‘its a continuous inner threat that needs to be battled in order to find an existential fulfillment. these circumstances also appear in the external world, change always causes fear. for me, the rifles reflect both fear and strength at the same time. you can say that without death there is no urge to survive. we need fear to trigger inner growth.’ –eylem aladogan 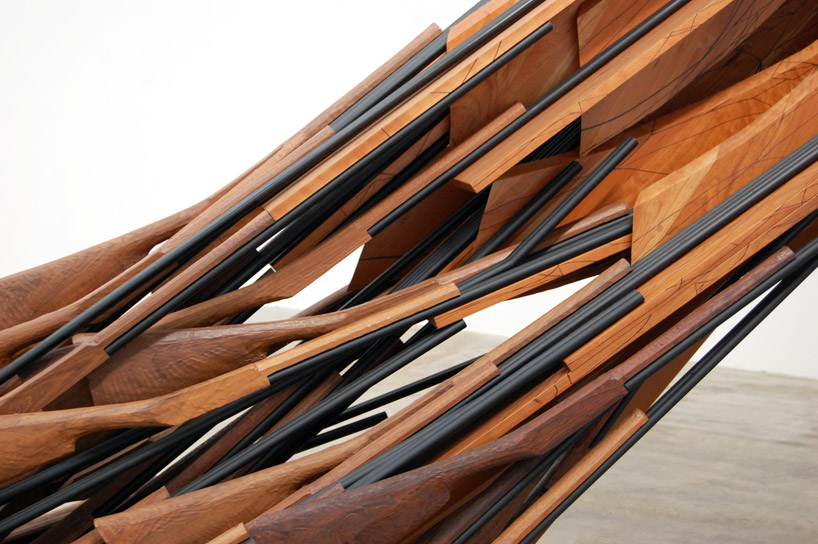 eylem aladogan was born in tiel, netherlands. she attended rijksakademie van beeldende kunsten in amsterdam as well as the willem de kooning academie in rotterdam, netherlands. her family is originally from eastern turkey and this is her first exhibition within the country.