curated by antonio arévalo and justo pastor mellado, the chilean pavilion inside the arsenale at this year’s venice art biennale, presents the work of ivan navarro. the project on show is entitled ‘threshold’ and is explained through three separate elements / moments: ‘resistance’, ‘death row’ and ‘bed’. through his art, navarro reflects on minimalism and transcends its pure formalism by addressing social and political issues, with an underlying critique of power and authority. 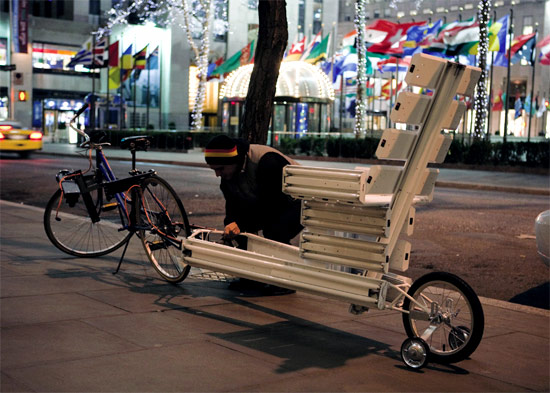 ‘resistance’ is a sculpture that is accompanied by a video: it is a bicycle with a chair that is constructed from fluorescent tubes that are illuminated by the activation of the bike’s pedals. in the video, the same bicycle is seen riding around times square in new york, showing the sharp contrast between luminous urban furniture and the lights generated by the cyclist’s muscle power. 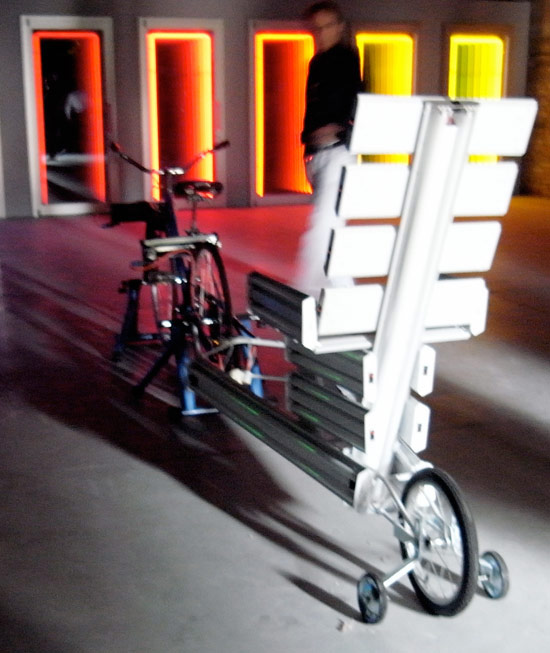 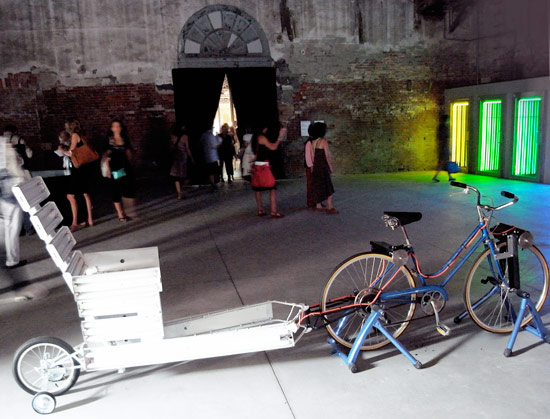 the public was allowed to test the bicycle on displayimage © designboom 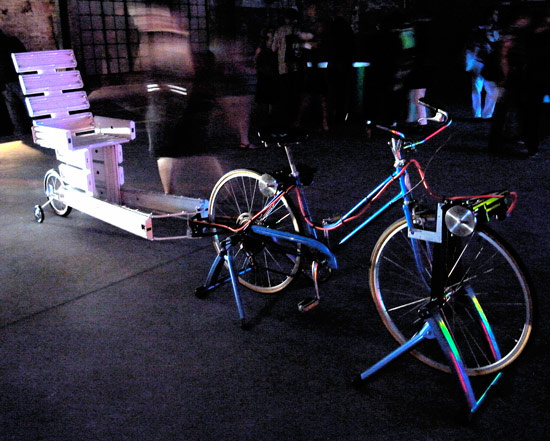 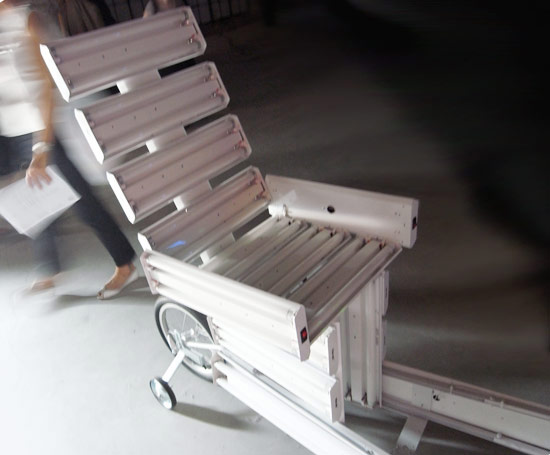 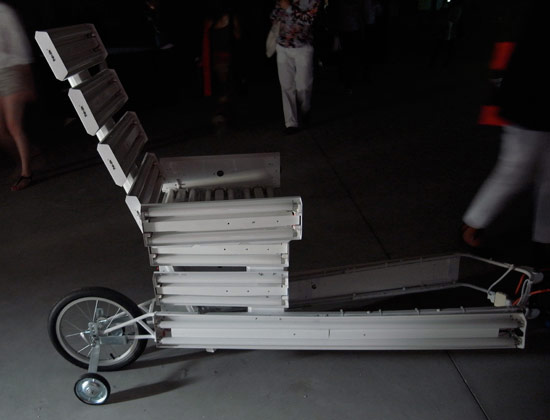 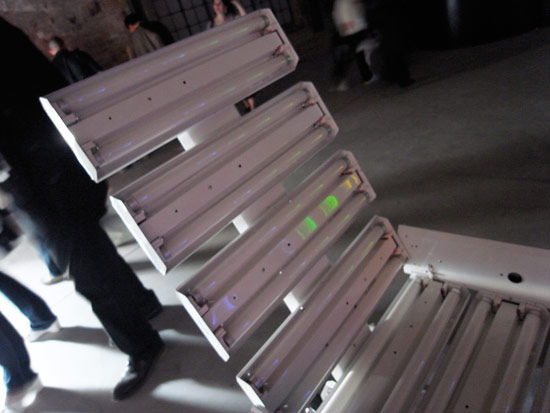 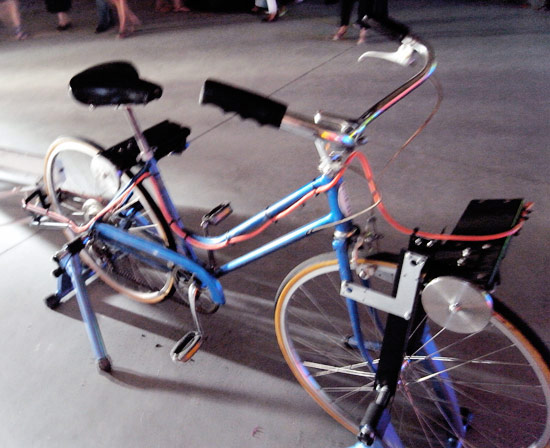 the mechanics of how the bicycle powers the chairimage © designboom 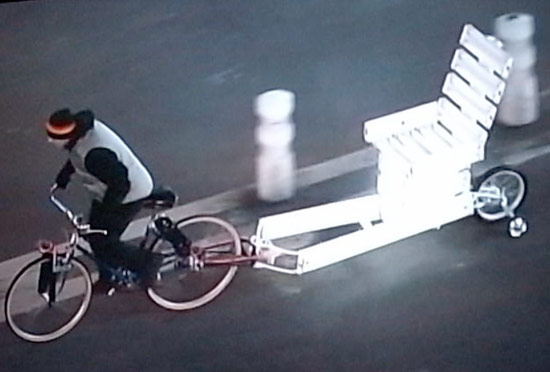 the bike illuminated from the cyclist’s pedaling image © designboom 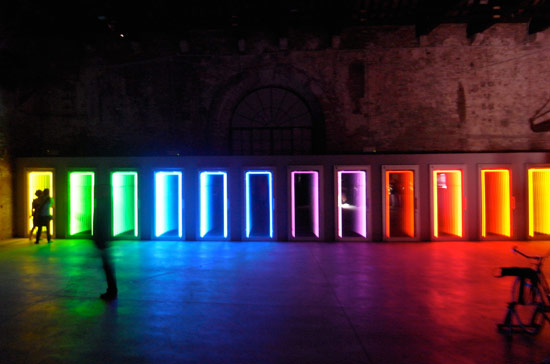 ‘death row’, 2006 illuminating the chilean pavilion with a myriad of color image © designboom

‘death row’ consists of thirteen aluminum doors with neon lights inside. they are arranged in such a way that each door creates an optical illusion in the space it occupies, which results in an effect of multiple corridors through the wall. 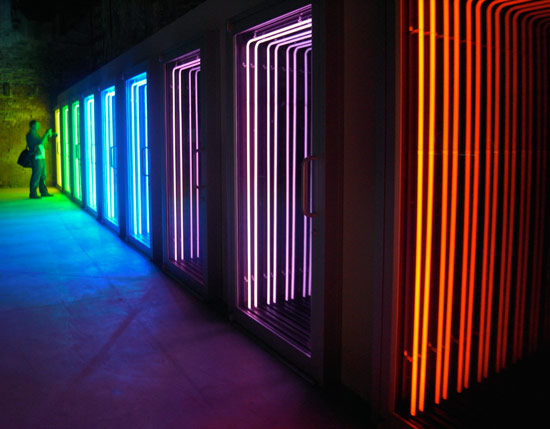 each door is represented by a different color image © designboom 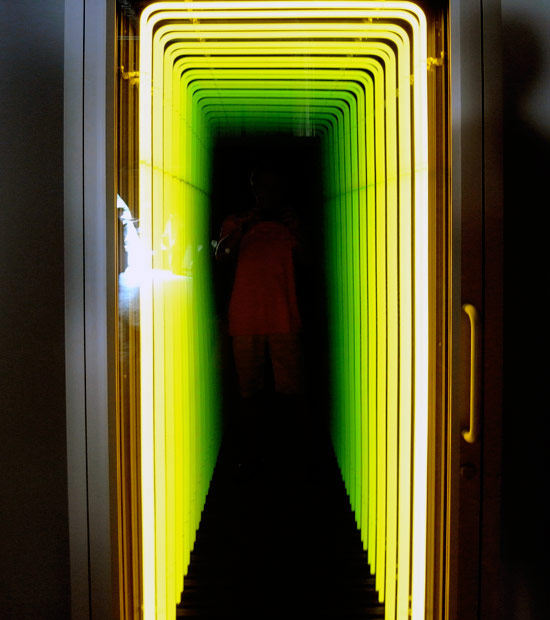 a look down one of the endless doorwaysimage © designboom 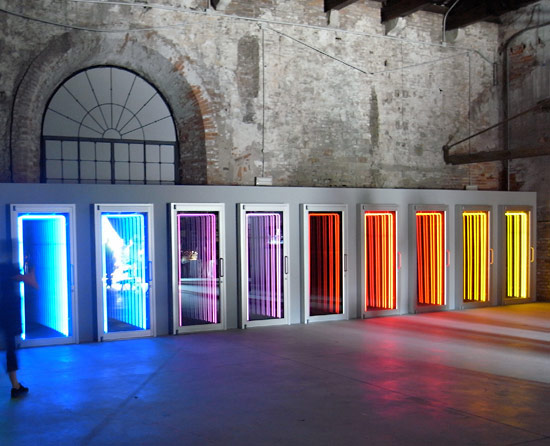 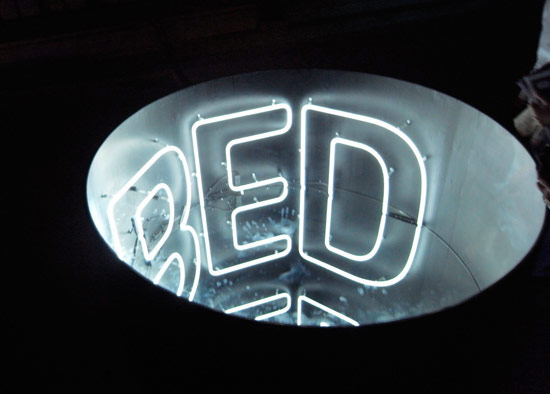 the opening of the barrel image © designboom

this circular sculpture is affixed to the floor. with half of the word ‘bed’ lit and reflected by a mirror, the entire word is repeated down into a deep, dark tunnel to infinity. 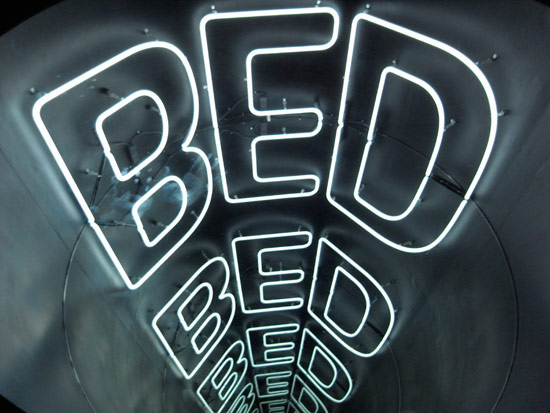 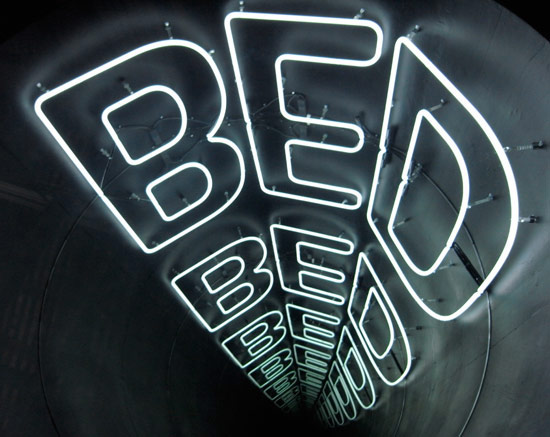 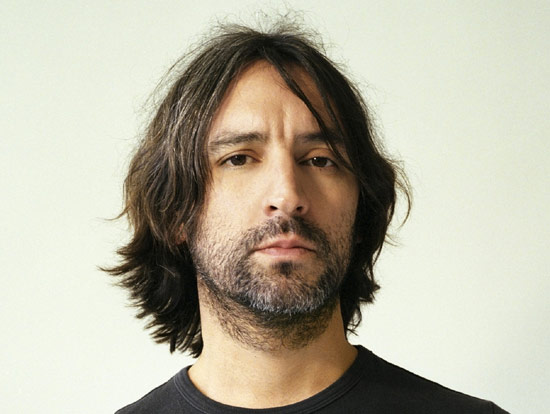 ivan navarro was born in santiago, chile in 1972. graduating from the pontificia universidad catolica, in santiago in 1995, he has since been exhibiting his work internationally. 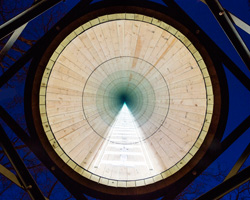 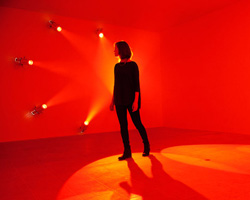 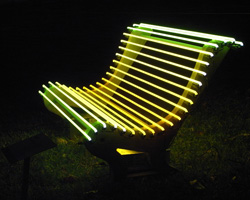 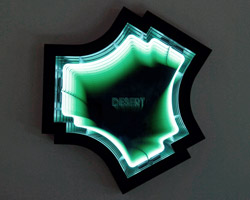