visitor movement creates a abstracted flow of colour and light in ‘reflection’, an interactive light installation by american artist ivan toth depeña (founder of airboat studio), designed for miami’s stephen clark government center lobby. constantly transforming, the piece takes as input not only the activity of current visitors but also the memory of past engagements, as well as environmental conditions.

the project consists of six large LED light boxes interspersed throughout the lobby space. infrared cameras capture visitor activity, abstracting the image and displaying it in real-time as a burst of coloured pixels on nearby light panels, reflecting the user’s activity. the displays also alter in hue based on the time of day and the number of visitors present at any given moment.

the software driving the installation keeps a record of past user visits, adding a sense of dynamism even when the lobby is empty. in addition, several columns look outdoors onto a public plaza, engaging with activity outdoors and blurring the boundary lines of space.

‘reflection’ was commissioned by the miami-dade art in public places initiative, funded by the revenue of the city’s west lot parking garage. located on miami’s metrorail line, the government center lobby serves as a commuter hub in addition to the headquarters of many government offices. 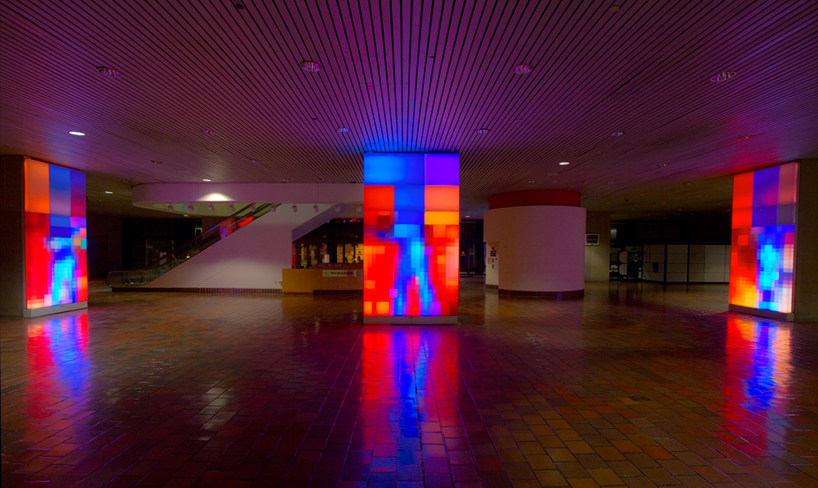 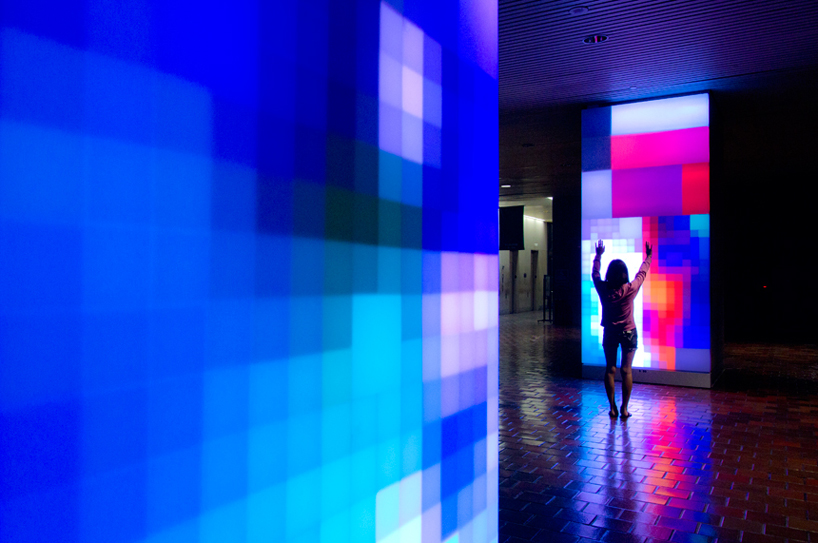 view of active panels from southwest 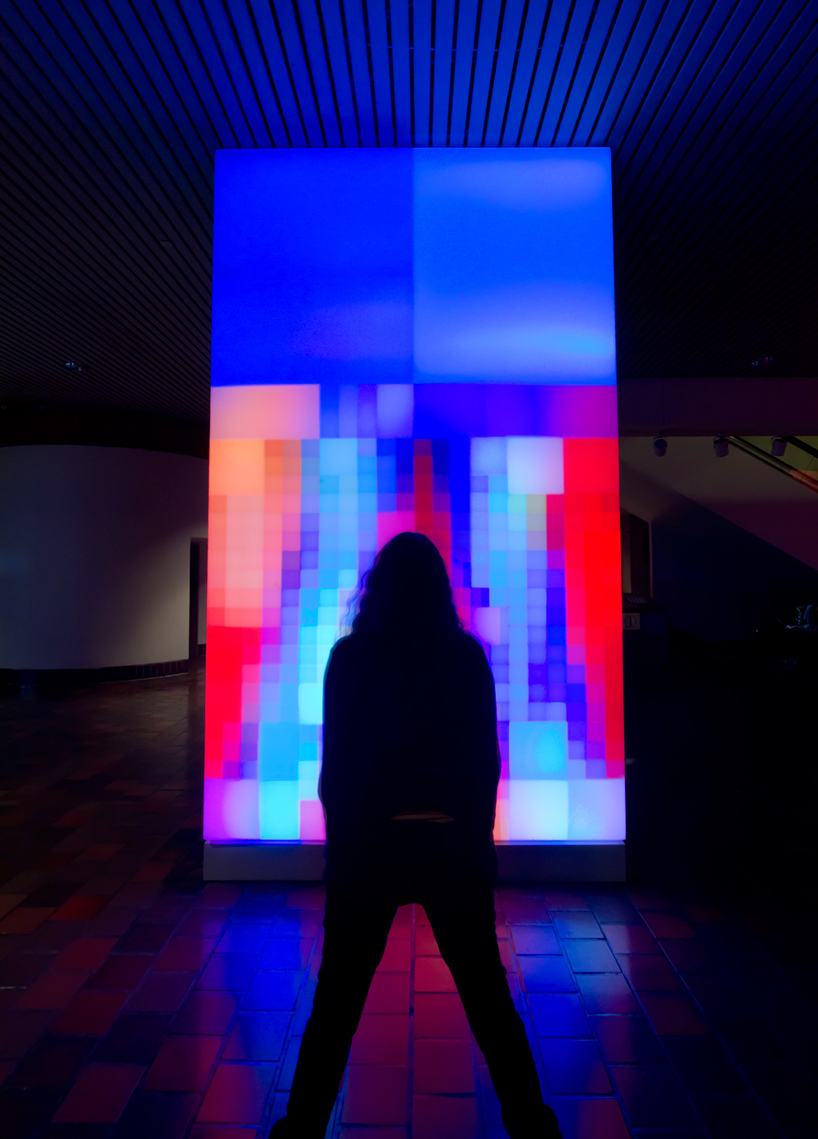 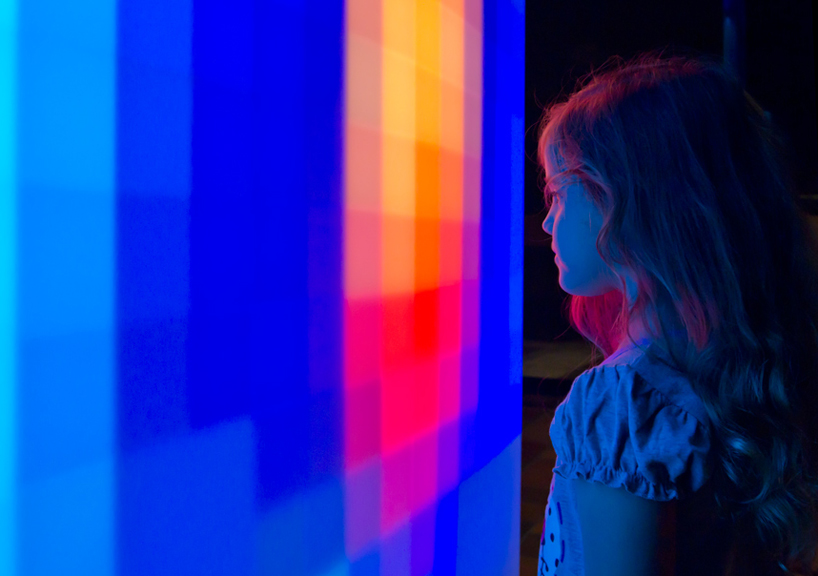 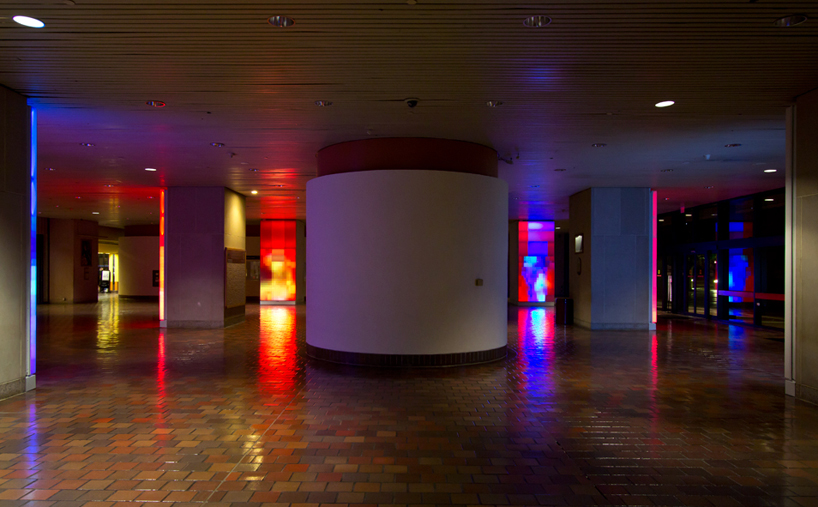 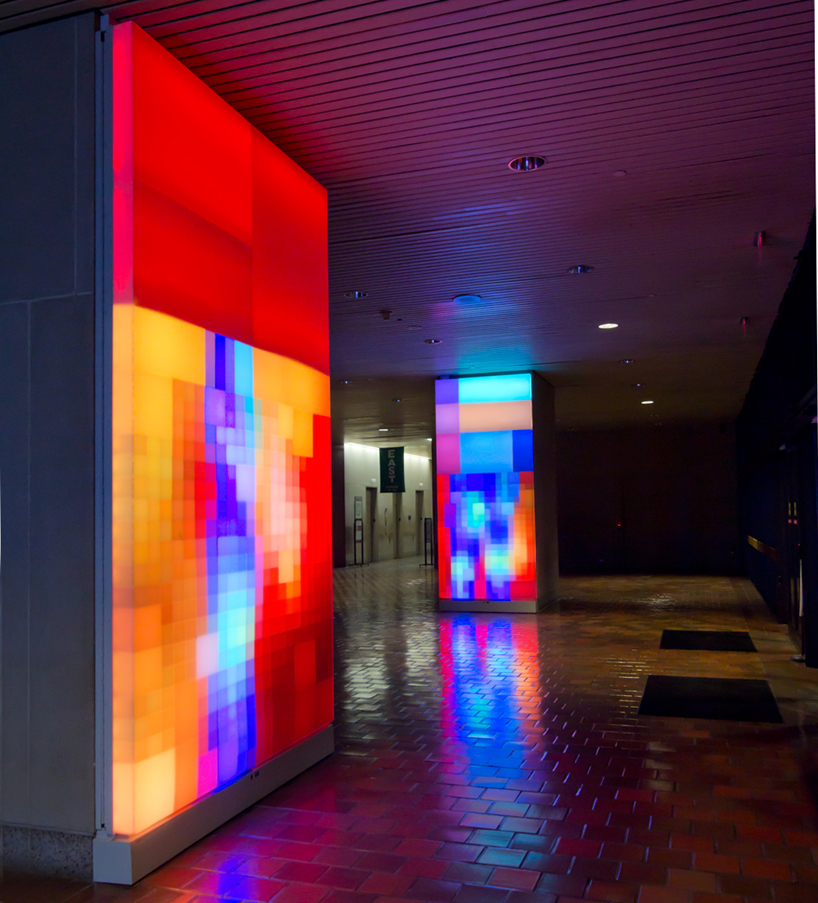 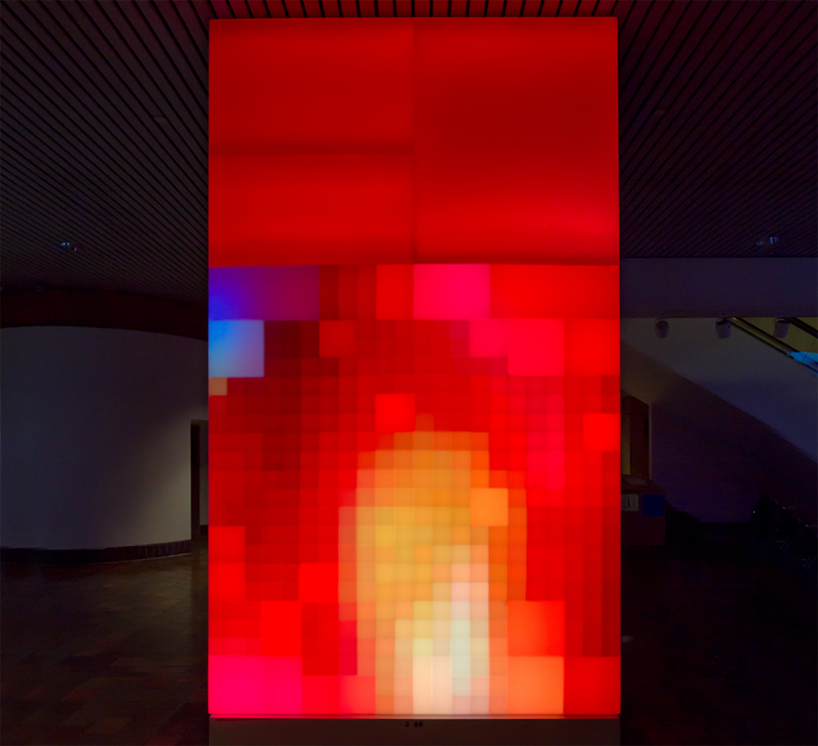 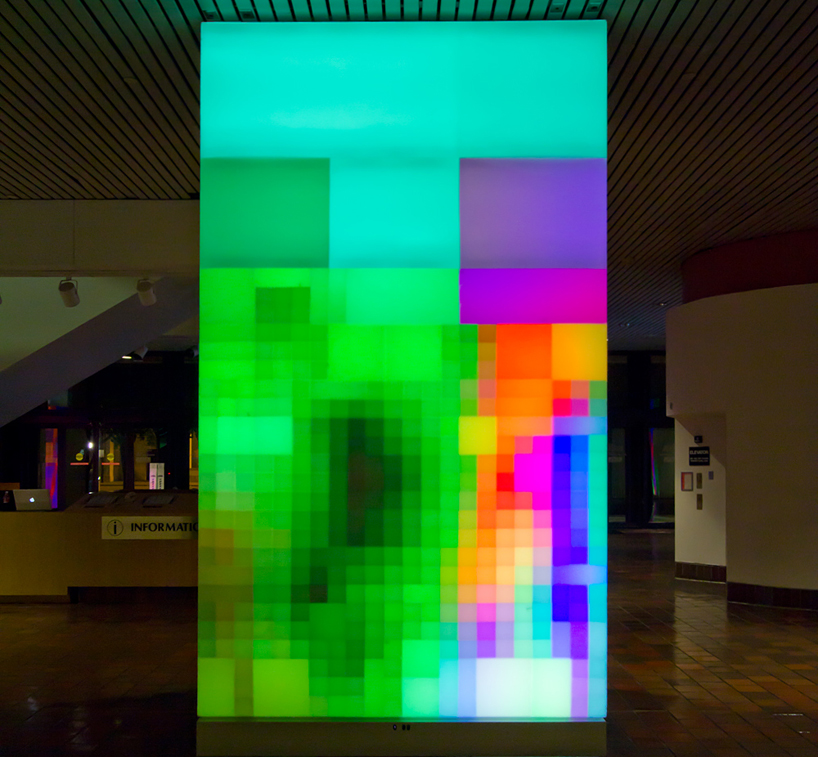 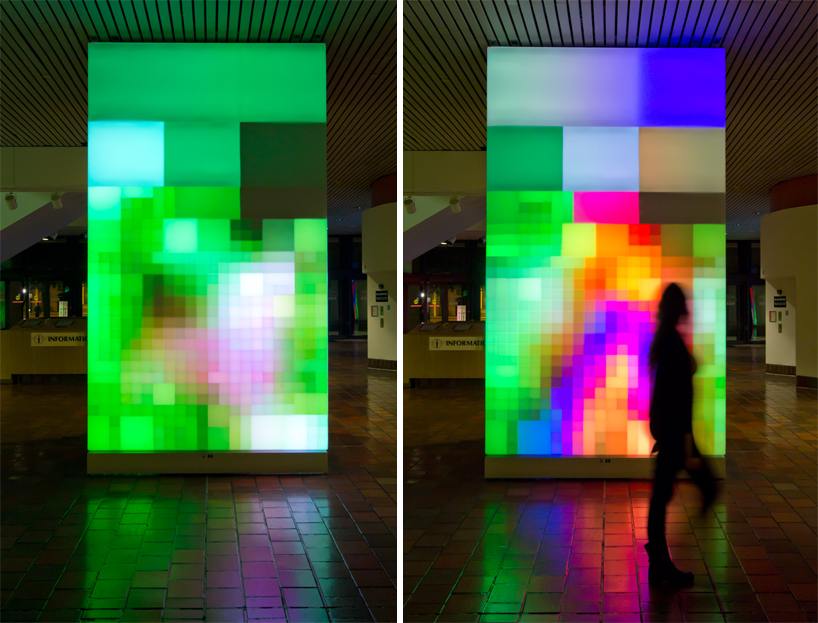 views of northern column, without input (left) and active (right) 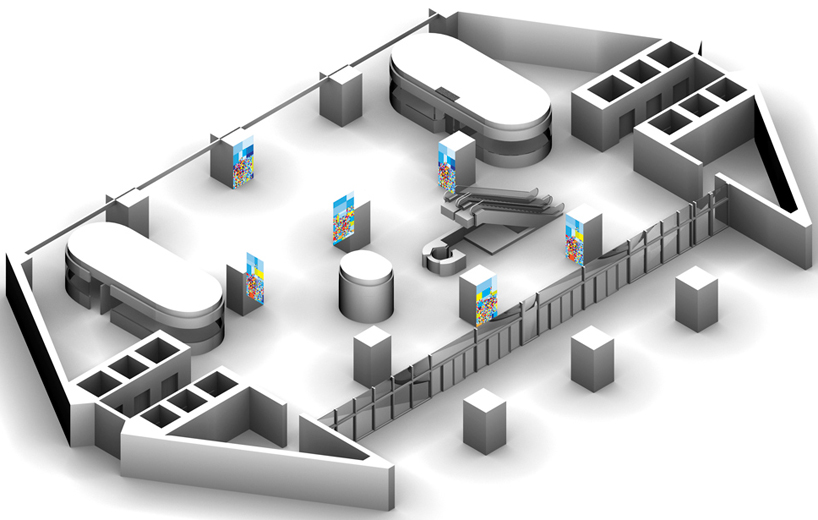 render of installation view from north 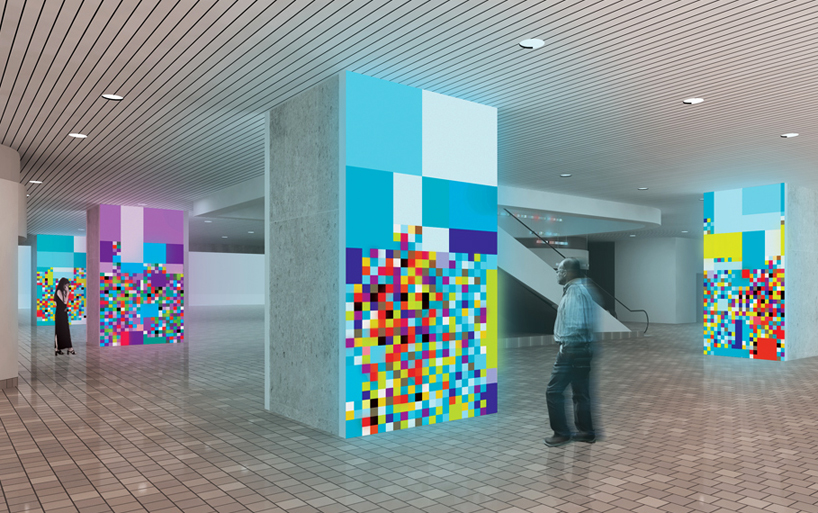 render of installation view from south 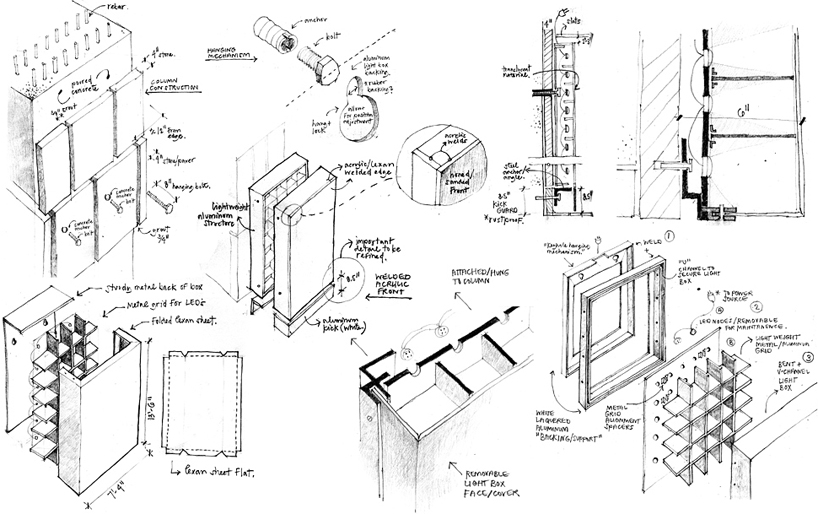