jacob down, an architect and artist situated in the seaside town of st. ives, cornwall, has developed a technique for visualising movement through the medium of video during his studies at the bartlett school of architecture, UCL. he has since used the technique to visualise the complex and beautiful flight paths of seagulls and other birds flying above his design studio, which overlooks the picturesque seaside town. 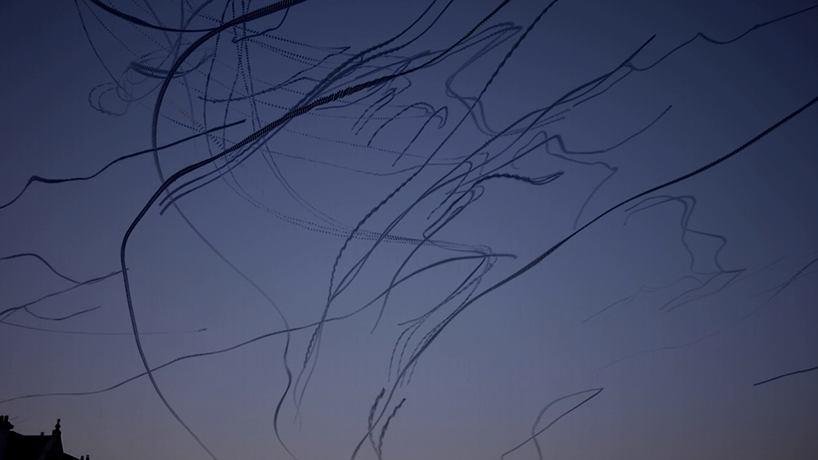 at times tender and unsettling, the journeys of the birds over jacob down’s studio combine to create a vast network of intertwining tendrils that arch across the sky — an effect the artist has christened ‘skyscribbles_’. the resultant calligraphy records the looping and often seemingly directionless movements of the gulls, creating an alien collection of spine-like creatures that weave and wheedle overhead. 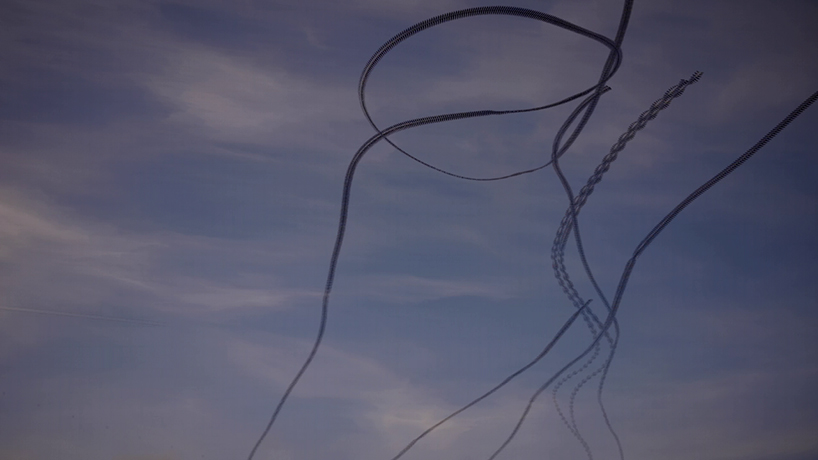 the birds are recorded from the artist’s studio, which overlooks the town of st. ives in cornwall 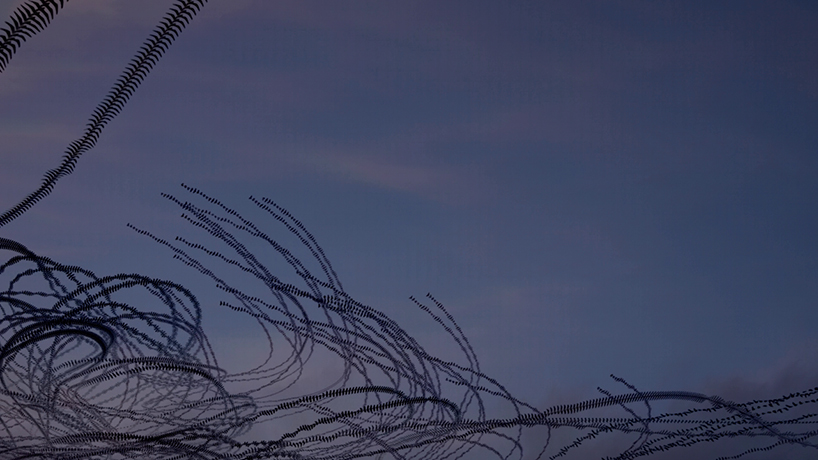 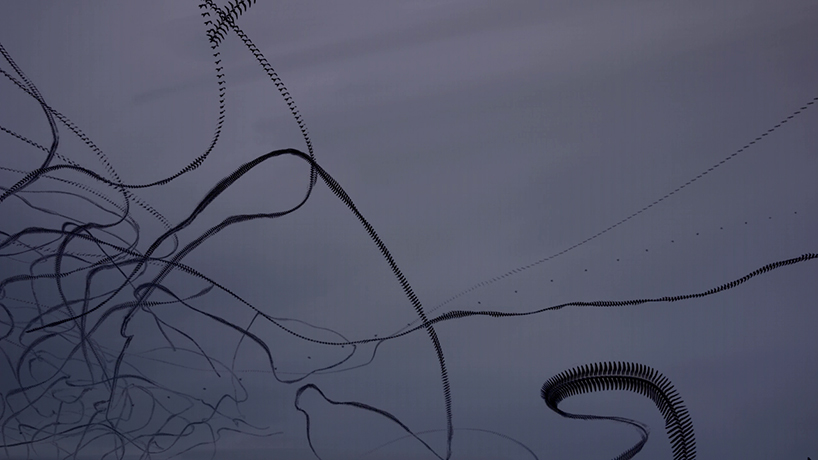 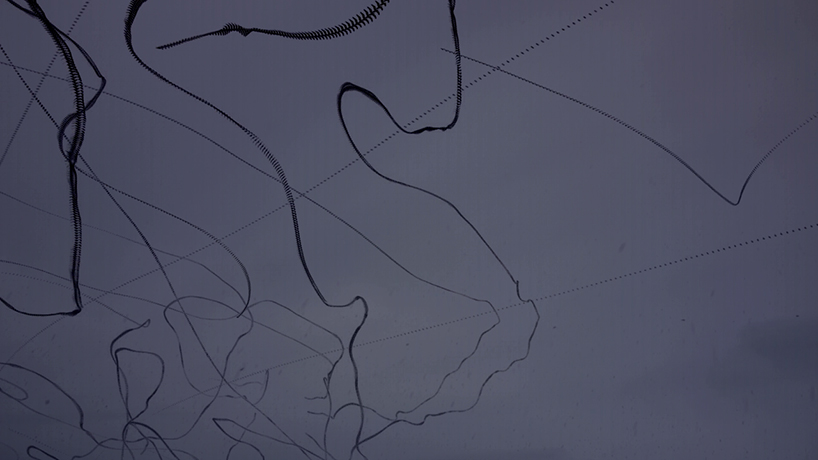 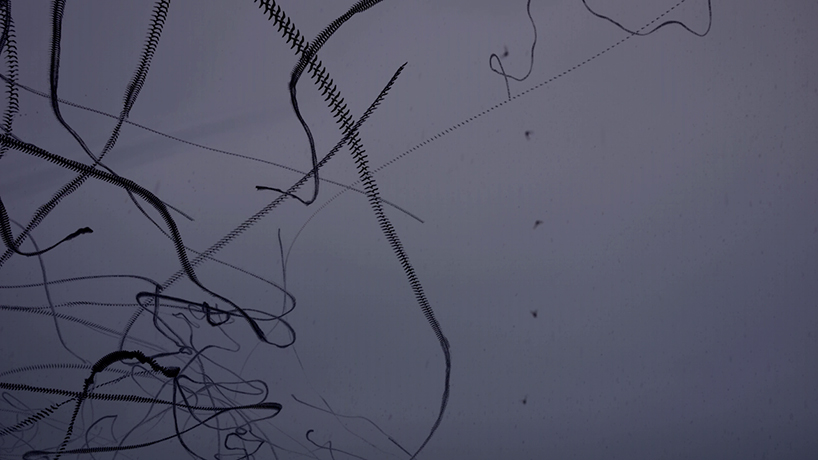 at times, individual birds can be identified as separate to the inky trails 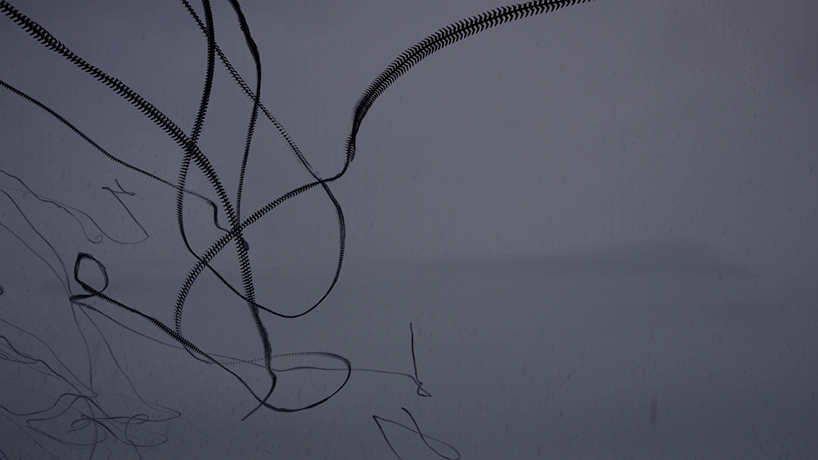 the shapes are alien and somewhat discomfiting 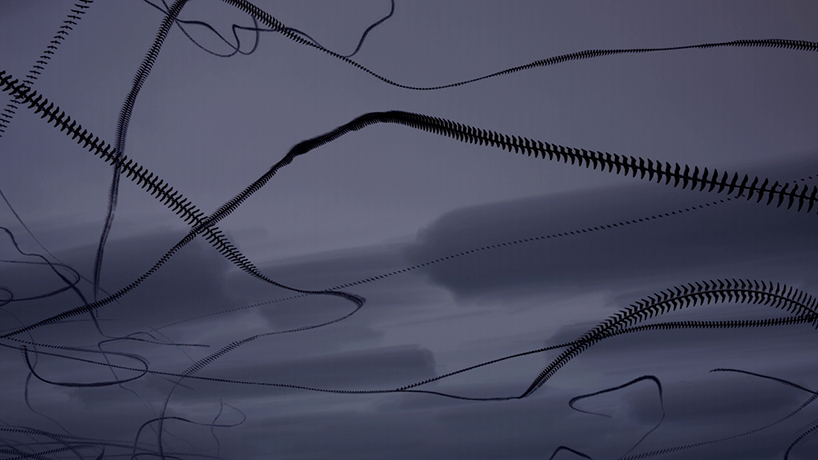 the repeating wing shapes are glitchy, and are starkly defined against the pale blue sky 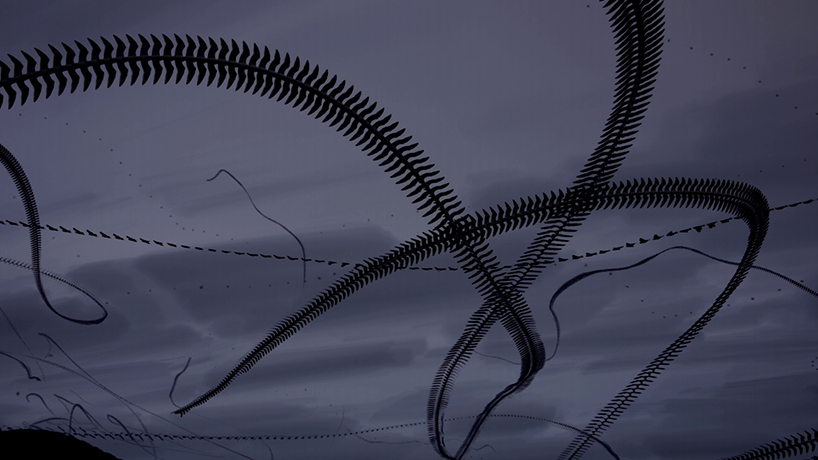